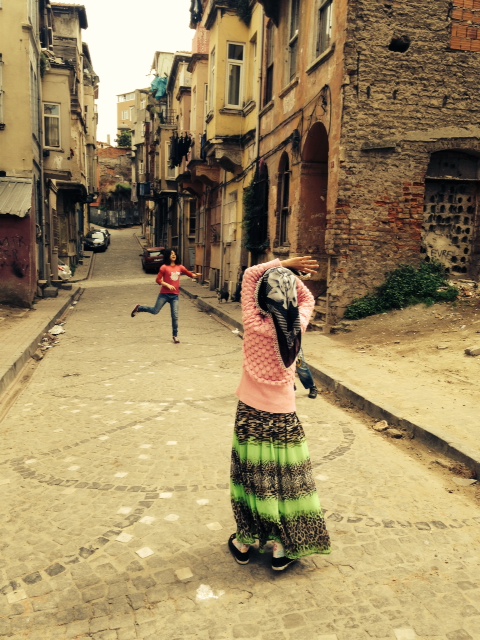 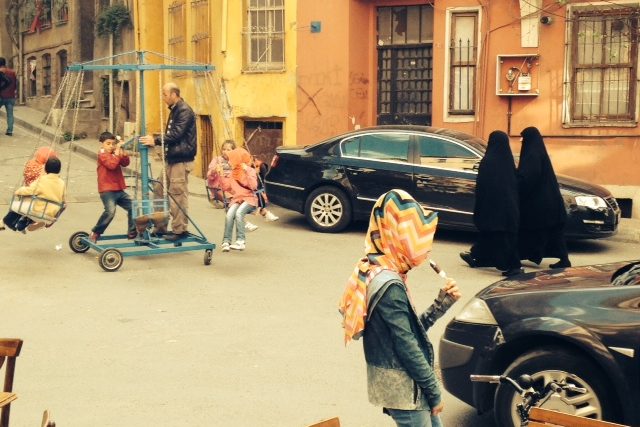 The theater project „Wohin – Nereye?“ will premiere in the Fener-Balat neighborhood in Istanbul. „Wohin – Nereye?“ (Turkish for “where (to)”) is an inquiry, by theatrical means, into the consequences of the displacement going on in the Fener-Balat district, a former immigrant neighborhood that is being increasingly destroyed by real estate speculation and wholesale redevelopment.

The protagonists of „Wohin – Nereye?“ are experts of everyday life: exiles that have made Fener-Balat their home and now are forced to pack up and leave again. Based on interviews with the niece of the former Armenian apothecary from Balat; one of the last students at the Loakimion Fener Greek Girls’ School; the owner of the Café Hanimeli whose parents had come to Fener in 1935; and the director of the Jewish old-age home, what has emerged is a kaleidoscope of personal experiences and perceptions. How do the protagonists live, love, and work? Where do they find new homes? What do they preserve? What do they take with them, and what do they leave behind?
As part of the project, the audience passes through various urban transit spaces in Fener-Balat and meets the protagonists. The stories told by the protagonists become sources. The personal distance covered by the audience offers new experiences and perspectives on the past and the present of Fener-Balat and its inhabitants. The project tells the story of a violent urban renewal which is currently underway in several Istanbul neighborhoods: It is the story of an urban development policy where the undesirables and minorities fall prey to real estate speculations in the city’s center. Entire neighborhoods are disappearing while the urban segregation in the megalopolis on the Bosporus continues apace.

The Schering Stiftung supports the project since the urban changes in the Fener-Balat neighborhood in Istanbul can be seen as paradigmatic of the consequences of misguided urban planning and building policies in many of the world’s metropolises. The theater project is the winner of the 2013 kultur-im-dialog.moe competition, which, in 2013, was organized by the MitOst association in cooperation with the Schering Stiftung for the sixth time. The annual competition promotes cultural projects that deal with individual experiences or national transformation processes in Central, Eastern and Southeastern Europe.