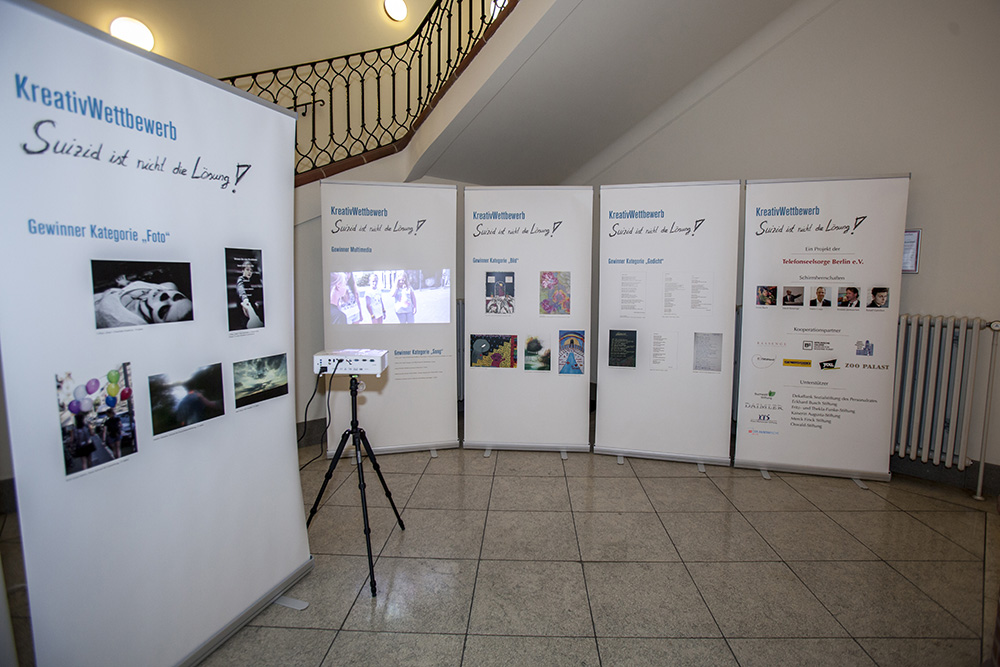 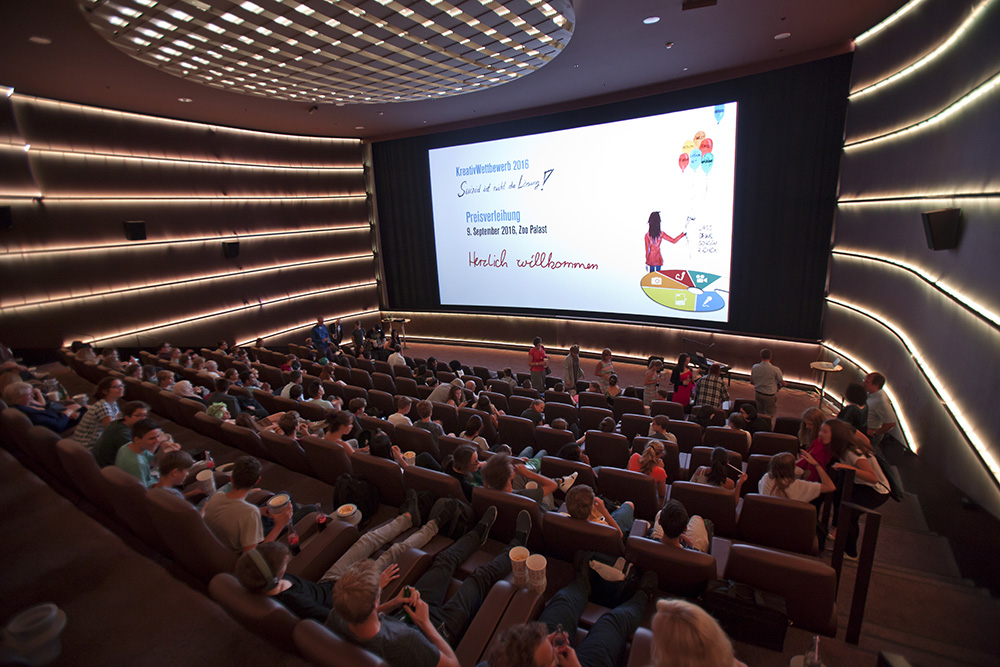 Creative Competition “Suicide Is No Solution!”

Creative Competition “Suicide Is No Solution!”

For more information and the prize winners, visit: suizid-ist-nicht-die-loesung.de

Suicide is a topic that tends to be hushed up in public, and those who are not directly affected generally avoid dealing with it, for understandable reasons. The project “Suicide Is No Solution!” by the Crisis Hotline Berlin is a competition that encourages young people to engage with the difficult topics surrounding adolescence and suicide. In August 2017, young people could submit poems, photographs, images, films or songs and thus come up with creative “prevention messages” for themselves and their peers. The winners of this year’s Creative Competition will be presented at ZOO PALAST on October 17, 2017.

It is an open secret that especially adolescents, who are in a phase of transition, are easily drawn into the vortex of longing for death. Their environment, however, is often at a loss how to respond or fails to respond appropriately. The Creative Competition “Suicide Is No Solution!” held by the Crisis Hotline Berlin is an excellent approach to sensitize adolescents to the feelings of their friends, get them to talk with them, and thus detect risks early on. The annual competition not only speaks to those who actually participate, but achieves much more: All winning submissions will be touring schools and youth centers as part of a traveling exhibition, disseminated through the adolescents’ preferred media, and presented at YOU, Europe’s largest youth fair. The exhibition will be opened on November 13, 2017, at 9 a.m., by Dilek Kolat, Berlin’s Senator for Health, in the lobby of the building housing the Senate Department. The project is thus designed to reach a broader public and promote greater awareness in general.

The Creative Competition “Suicide Is No Solution!” awards prizes in different categories such as “Image,” “Film Clip,” “Story,” “Photo,” and “Song.” A jury consisting of prominent personalities selects the best submissions and presents the awards shortly before the World Suicide Prevention Day on September 10.