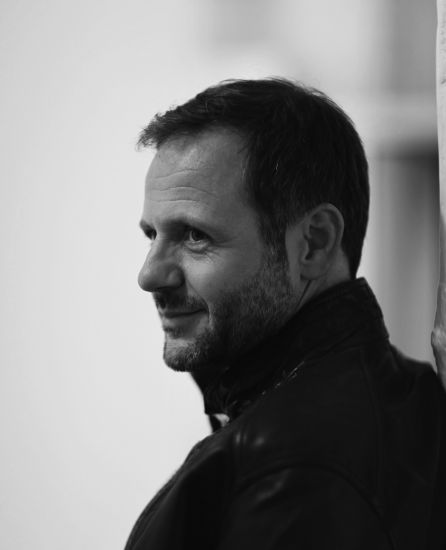 As part of the Berliner Theatertreffen the Haus der Berliner Festspiele is hosting the annual award ceremony of the Alfred Kerr Acting Prize. Established by Judith and Michael Kerr, the prize has been awarded since 1991 as part of the Berliner Theatertreffen. This year, Samuel Finzi was the judge of the 5,000-euro prize that is awarded to an emerging young actor in recognition of his or her outstanding achievement in one of the productions selected for the theater meeting. He dedided for the 25 year old actress Gala Winter.

In its issue of May 18, 2015, the Tagesspiegel printed Samuel Finzi’s laudation for Gala Winter.

Samuel Finzi was born in Plovdiv (Bulgaria) in 1966 as son of the pianist Gina Tabakova and the actor Itzhak Finzi. While studying at the National Academy of Theater and Film Arts in Sofia, he played first dramatic and movie roles and, in the course of his career, collaborated with a variety of directors that have left their mark on European theater and film: Benno Besson, Jürgen Gosch, Werner Schröter, Robert Wilson, Frank Castorf, Johan Simons, Michael Thalheimer, and Dimiter Gotscheff. Finzi has received multiple awards for his varied and ingenious performances, including the Düsseldorf Performing Arts Award. In March 2015, he and Wolfram Koch were jointly awarded the Gertrud Eysoldt Ring for their performances in “Waiting for Godot.”

As part of the Berliner Theatertreffen Michael Wächter receives the Alfred Kerr Acting Prize. The award ceremony will be accompanied by the reading of a playlet that Moritz Rinke has written for this occasion.

As part of the Berliner Theatertreffen Valery Tscheplanowa is awarded the Alfred Kerr Acting Prize in recognition of the outstanding achievement of an emerging young actor.