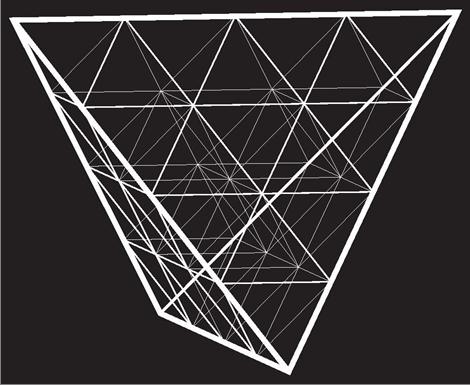 What if there had been a secret plan to improve the world, steadily pursued in Berlin since the seventeenth century? What if scientists and artists in Berlin for centuries had done research on a gigantic world-improvement machine? And what if we were actually able to build this machine? Starting on August 22, 2013, an exhibition project curated by Friedrich von Borries will try to do just that.

Since the seventeenth century, a secret plan has existed in different European metropolises to build a world-improvement machine. This is based on the assumption that the correct arrangement of certain works of arts and artefacts as part of an architectural superstructure would release a powerful force. The idea stimulated fantasies of absolute power as well as enlightenment-inspired demands to improve the world.
The Prussian state, too, did not want to fall behind in the European competition and thus founded the Academy of the Arts (1696), the Academy of the Sciences (1700), and later the Royal Museums of Berlin (from 1830). Their primary assignment was to build this machine. The academies devoted themselves to scientific and artistic research, the museums collected the components that were thought to be necessary. When work on the world improvement machine was stopped in the late nineteenth century, the secret project fell into oblivion.
Now this historical world improvement machine is being critically reconstructed. In the Berlin-based collections, seventy artefacts, which are to be components of the machine, are identified by supplementary exhibit texts. A treasure map guides visitors to the objects, which are housed in fifteen Berlin museums, including the German Historical Museum, the Old National Gallery, and the Museum of Natural History. In addition, a ten-meter-high pyramid-shaped model of the world improvement machine will be on display at the Hamburger Bahnhof – Museum für Gegenwart, and two accompanying publications will be published by Merve Verlag.
Drawing on the history of the Berlin-based collections and academies, the world-improvement machine reflects on both contemporary and historical perspectives on the arts and the sciences and refers to the key intention of both disciplines: to understand the world and to change the world. The Schering Stiftung supports this interdisciplinary project, since it is an innovative format that generates a fruitful dialogue between the artistic and scientific works of different museums into Berlin.

“The Berlin World-Improvement Machine” is a cooperation among the Berlin-Brandenburg Academy of Sciences and Humanities, the Prussian Cultural Heritage Foundation, the State Museums of Berlin, and the Hamburg University of Fine Arts (HFBK), with support from the Schering Stiftung and the Junge Akademie (Young Academy).