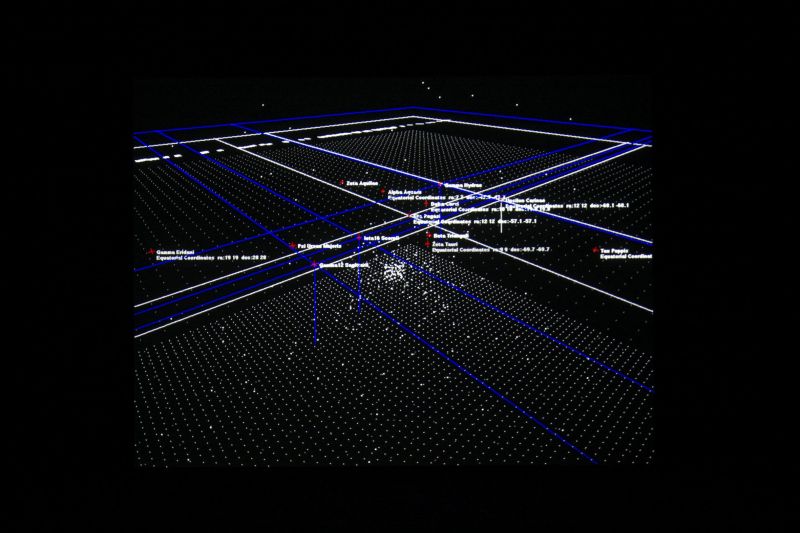 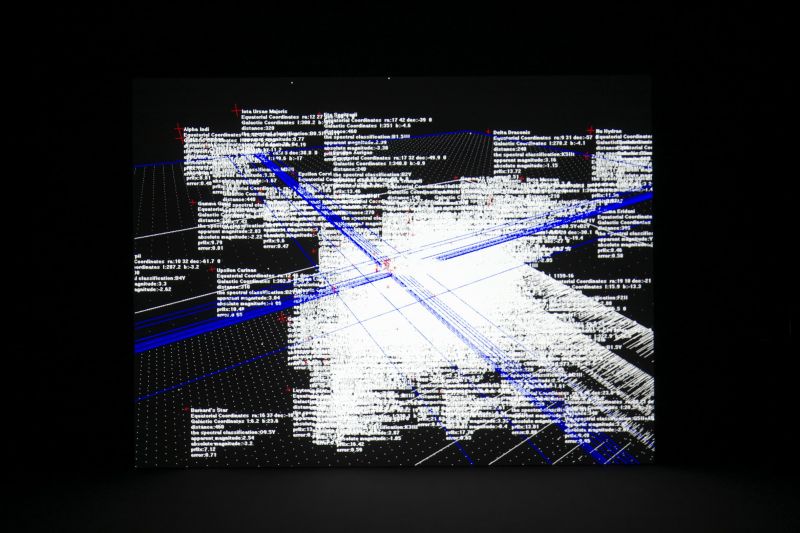 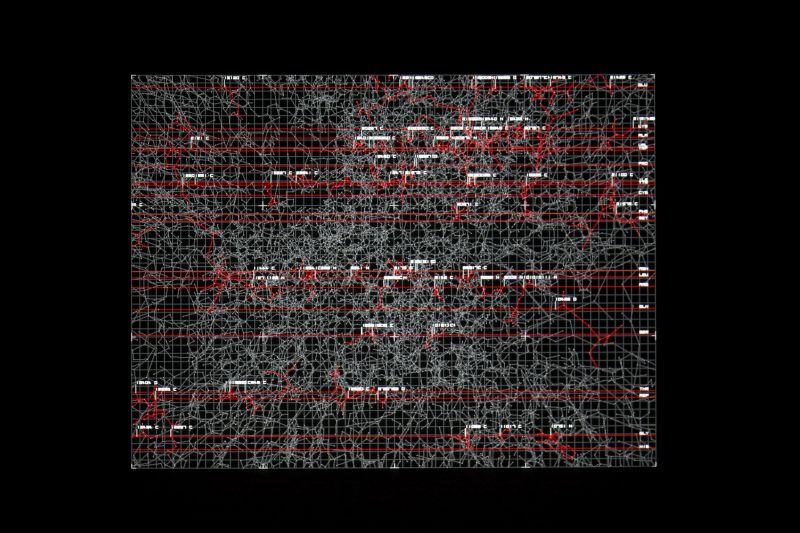 Further information is available on the website of the Berliner Festspiele.

The high speed and amount of data streams is the challenge of our digital age. It is also a main subject of the works by Japanese artist and composer Ryoji Ikeda, winner of many international awards. In his performance “datamatics [ver.2.0]”, which will be presented at trafo on March 26, 2011, at 10 p.m. as part of the MaerzMusik festival, he investigates the perception of the invisible multi-materiality of the data stream that permeates our world. As sources for the sounds and visualizations of his tightly composed work Ikeda uses pure data that he, in a minimalist yet impressive manner, transforms into three-dimensional shapes. The focus is on sound as sensation.

Ryoji Ikeda’s work concentrates on the smallest particles of electronic and pulsating sounds and on the nature of sound itself. Music, time, and space are formed by means of mathematical methods. Ikeda explores the outermost edges of digital technology and composes a soundtrack that reflects the visual presentation through a detailed layering of sonic components and thus opens up enormous and apparently limitless acoustic spaces. The technological dynamics of “datamatics [ver.2.0]” – as well as its extremely high frame rate and variable bit rate – challenge and probe the boundaries of our perception. The location – trafo (the former Heizkraftwerk Berlin-Mitte) – further underscores this impression and makes possible a particularly intense experience of space. The gigantic gutted industrial hall on Köpenicker Strasse, which has been chosen for the presentation of Ikeda’s composition, will have its premiere as a performance and music space during the MaerzMusik festival of the Berliner Festspiele.

Paris-based artist Ryoji Ikeda in 2001 received the Ars Electronica Golden Nica Award in the Digital Music category and in 2009 was honored with a solo show at the Museum of Contemporary Art Tokyo. His work “data.tron [8K enhanced version]“ was on view at the Ars Electronica Center in Linz until 2010. There, visitors were confronted with eight projection screens, completely filling the space with data.

By supporting Ryoji Ikeda’s performance “datamatics [ver.2.0]” at trafo, the Schering Stiftung wants to introduce the versatility and outstanding quality of his graphic and compositional artistic work to a broader German public. Linking music and the visual arts and analyzing sound and frequencies, the work is exemplary of artistic research, one of the Schering Stiftung’s key areas of focus.

Please note:
The performance features strobe light effects. Due to the high sound level, ear plugs are available. Participation in the event is at one’s own risk.