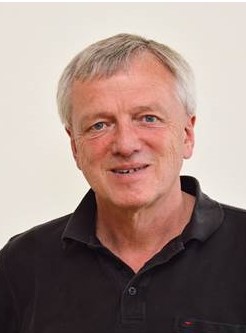 On the occasion of the Albrecht Hasinger Lecture 2017, Prof. Dr. Stefan Rose-John will talk about “The biology of Interleukin-6 and its role in autoimmunity”.
Stefan Rose-John studied biology, chemistry and physics in Heidelberg, where he also did his doctorate at the German Cancer Research Centre. Afterwards he qualified as a professor at the Institute of Biochemistry in Aachen. From 1994 to 2000 he worked as a professor of Pathophysiology in Mainz. Since 2000 he is the director of the Institute of Biochemistry at the Christian-Albrechts-University of Kiel.

About his lecture: “Cytokines receptors exist in membrane bound and soluble form. The IL-6/soluble IL-6R complex stimulates target cells not stimulated by IL-6 alone, since they do not express the membrane bound IL-6R. We have named this process ‘trans-signaling’. The soluble IL-6R is generated via ectodomain shedding by the membrane bound metalloprotease ADAM17 but also by other proteases. The soluble gp130 protein is the natural inhibitor of IL-6/soluble IL-6R complex responses [1, 2]. A dimerized recombinant soluble gp130Fc fusion protein is a molecular tool to discriminate between gp130 responses via membrane bound and soluble IL-6R responses.
Interestingly, depending on the animal model used, global blockade of IL-6 signaling by neutralizing monoclonal antibodies and selective blockade of IL-6 trans-signaling can lead to drastically different consequences. We used neutralizing monoclonal antibodies for global blockade of IL-6 signaling and the sgp130Fc protein for selective blockade of IL-6 trans-signaling in several animal models of human diseases. Defense against bacterial infections rely on the membrane bound IL-6R [3]. Blocking IL-6 trans-signaling via sgp130Fc inhibited liver cancer formation[4].
The extent of inflammation is controlled by trans-signaling via the soluble IL-6R. Using the sgp130Fc protein or sgp130Fc transgenic mice we demonstrate in animal models of inflammatory bowel disease, peritonitis, rheumatoid arthritis, atherosclerosis, pancreatitis, lupus erythematodes, colon cancer, ovarian cancer, pancreatic cancer and lung cancer that IL-6 trans-signaling via the soluble IL-6R is the crucial step in the development and the progression of the disease [1-6]. Therefore, sgp130Fc is a novel therapeutic agent for the treatment of chronic inflammatory diseases and cancer and it underwent phase I clinical trials as an anti-inflammatory in 2013/2014. Phase II clinical trials started in late 2016.” [Stefan Rose-John]

The Albrecht Hasinger Lecture, which is funded by the Ernst Schering Foundation, takes place in conjunction with the award ceremony of the Avrion Mitchison Prize at the German Rheumatism Research Center (DRFZ).

Quirin Sebastian Hammer from the Karolinska Institute in Stockholm is awarded the Avrion Mitchison Prize 2018 for his research work in the field of chronic inflammation.

Rafael Leite Dantas from the Institute of Virology of the Center for Molecular Biology of Inflammation (ZMBE) Münster is awarded the Avrion Mitchison Prize 2017 for his research work in rheumatology.