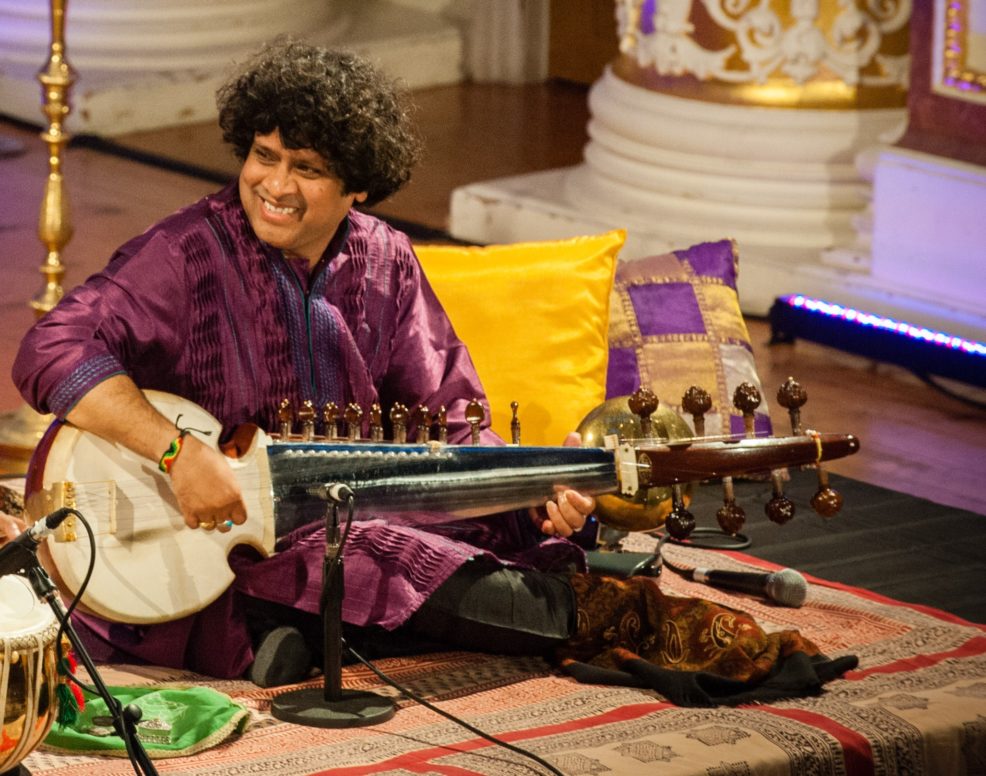 The lecture will be held in English.

Participation upon registration only, we kindly ask you to register by May 24, 2018.

For his video work DELPHI Rationale, the artist Philipp Lachenmann filmed at the DELPHI particle detector at CERN in Geneva. DELPHI was one of four large detectors on the Large Electron-Positron Collider (LEP), the world’s largest particle accelerator. The LEP began operation in August 1989, opening a new chapter in the history of particle physics. As part of the exhibition DELPHI Rationale, the Schering Stiftung has invited the physicist Tara Shears (University of Liverpool) to give an introduction to particle physics at the foundation’s Project Space on May 29, 2018, at 6 p.m. The evening will also feature a musical performance by the Indian sarod player Pandit Ranajit Sengupta, who will be accompanied by Sandip Ghosh on the tabla.

The video work DELPHI Rationale is Philipp Lachenmann’s most ambitious film production to date, for which the artist was allowed to film in the decommissioned DELPHI particle detector only for a few hours. The DELPHI experiments were discontinued around the turn of the millennium to make way for the particle accelerator Large Hadron Collider (LHC) and a new experiment, Large Hadron Collider beauty (LHCb).

Tara Shears (*1969) was one of the physicists who joined the Large Hadron Collider beauty LHCb experiment, in 2004. Shears is a Professor of Particle Physics at the University of Liverpool, with an interest in electroweak physics. Following her PhD in Particle Physics, she received many fellowships and grants, including the Royal Society Research Fellowship with the University of Liverpool in 2000 to continue her studies at the Collider Detector at Fermilab (CDF), USA. Her current research at CERN, as part of the LHCb experiment, includes testing the limits of the Standard Model. In her lecture “The Unseen Universe” at the Schering Stiftung, she will give insight into the work done at LHCb and provide an introduction to particle physics.

One of Tara Shears’s main concerns is how to communicate highly complex scietific concerns to the public. She therefore gives numerous talks covering subjects such as general information on particle physics, experimental systems such as the Large Hadron Collider, the CERN laboratory, as well as latest discoveries and highly complex research subjects such as the Higgs boson, antimatter or dark matter. Furthermore, she writes and collaborates with artists (including Christoph Keller and Yunchul Kim) and novelists to explore different ways of understanding concepts related to particle physics. She is also involved in creating exhibits about these subjects. More detailed information about her projects can be obtained from her website.

The film DELPHI Rationale by Philipp Lachenmann stages the DELPHI particle detector as a “backdrop” for the Indian sarod player Ranajit Sengupta, who improvises a morning raga.

Pandit Ranajit Sengupta is one of the most renowned Indian sarod players and composers and has been an internationally sought-after performer for more than 20 years. In addition to directing several ensembles, Sengupta is a composer and is regularly invited as a guest conductor and guest lecturer. He has received numerous awards and fellowships, including Fellow of the Ministry of Culture of the Government of India. During the lecture evening, he will improvize an evening raga, accompanied by the tabla player Sandip Ghosh.

The latest video installation of the Berlin-based conceptual artist is his most ambitious film production to date and filmed inside the DELPHI particle detector at CERN in Geneva.