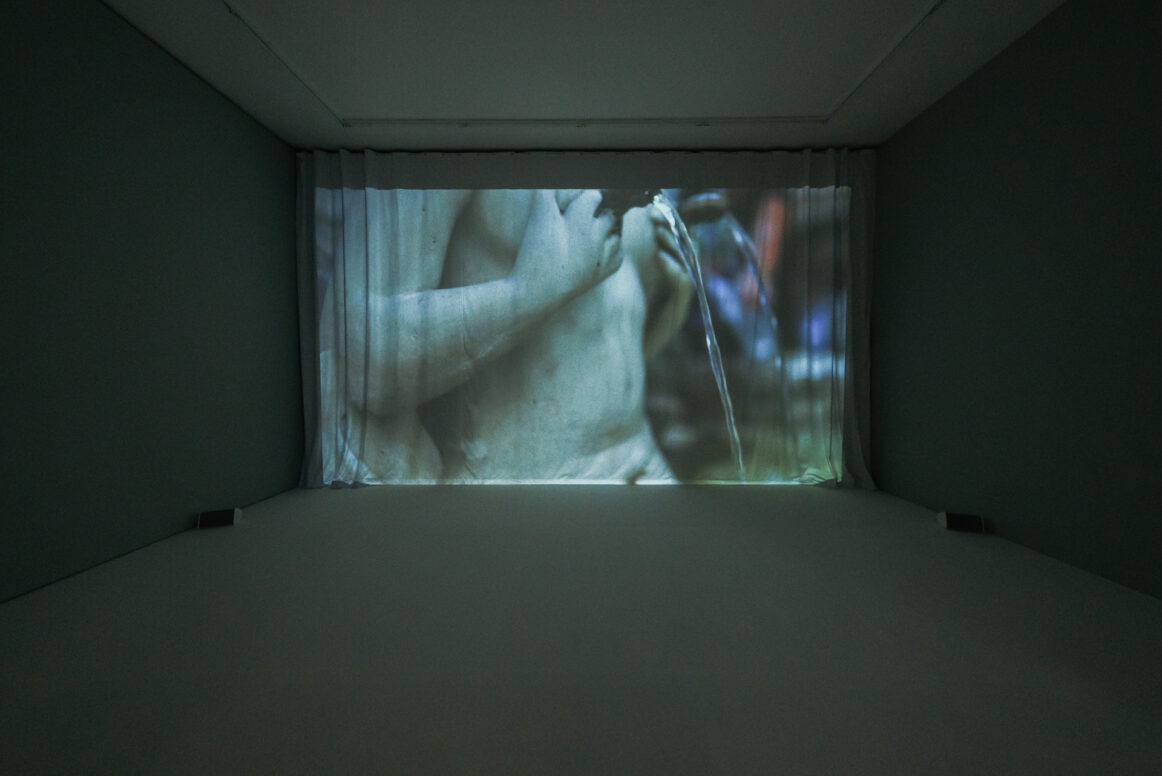 Deep Within and Deep Without –
a talk with Jenna Sutela

Deep Within and Deep Without –
a talk with Jenna Sutela

Human milk is the central theme of Sutela’s new body of work, which is currently on view in her solo exhibition Stellar Nursery in the project space of the Schering Stiftung. Artists Sissel Tolaas and Jenna Sutela will join curators Sarah Johanna Theurer (Haus der Kunst Munich) and Christina Landbrecht (Schering Stiftung) to discuss their affinity to scientific topics, their previous collaboration projects, their interest in bcateria and endogenous products, and why our relationship not only to breast milk needs to change fundamentally.

Since the talk will take place within Jenna Sutela’s installation in the project space, the number of participants is limited. We therefore ask for prior registration via the form in the section below. 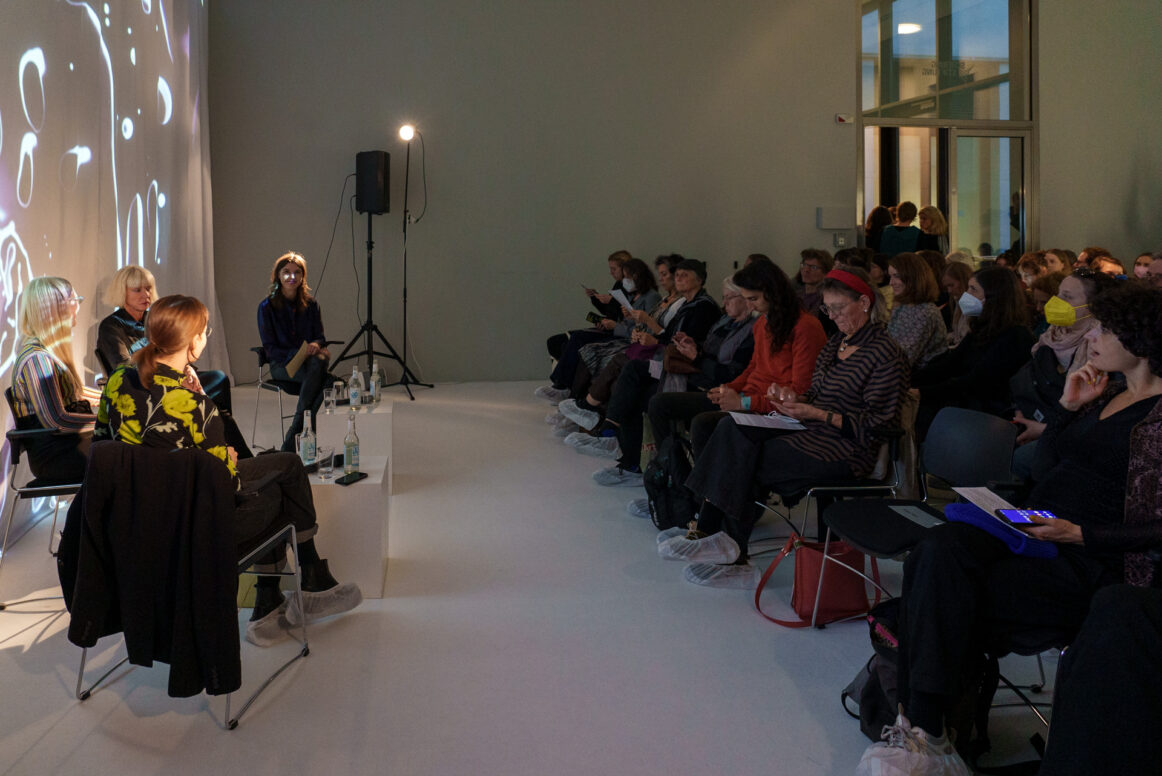 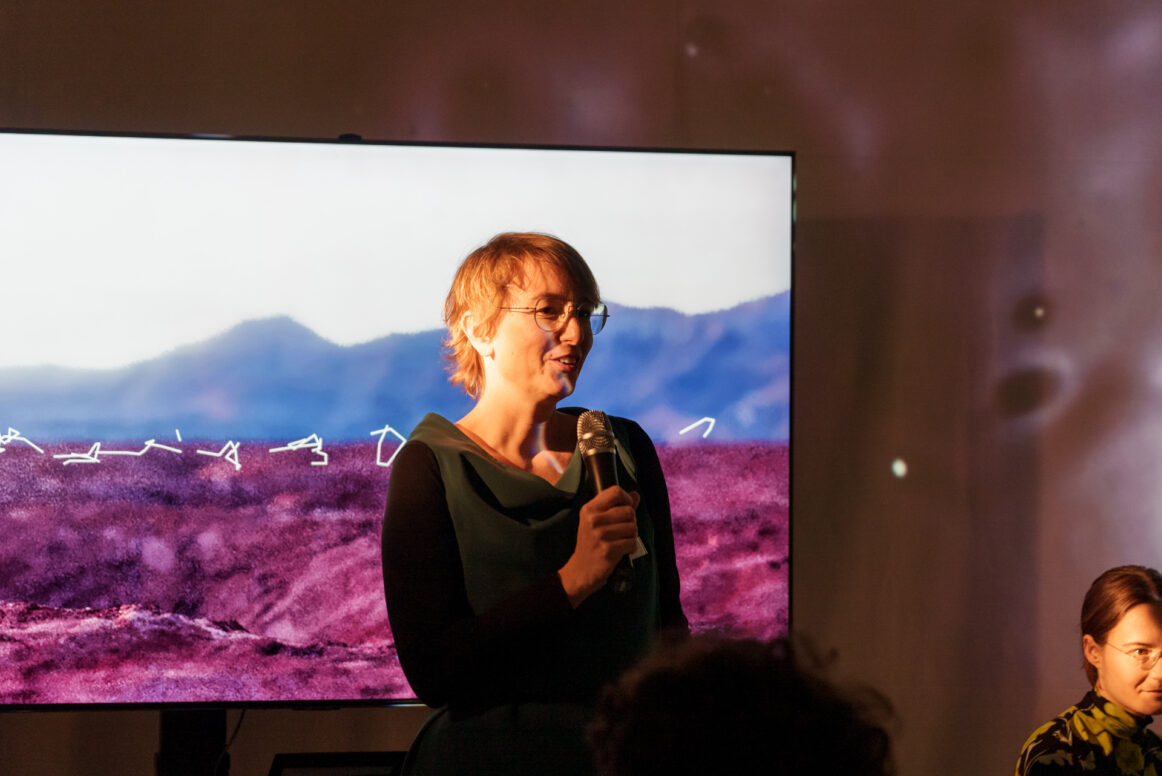 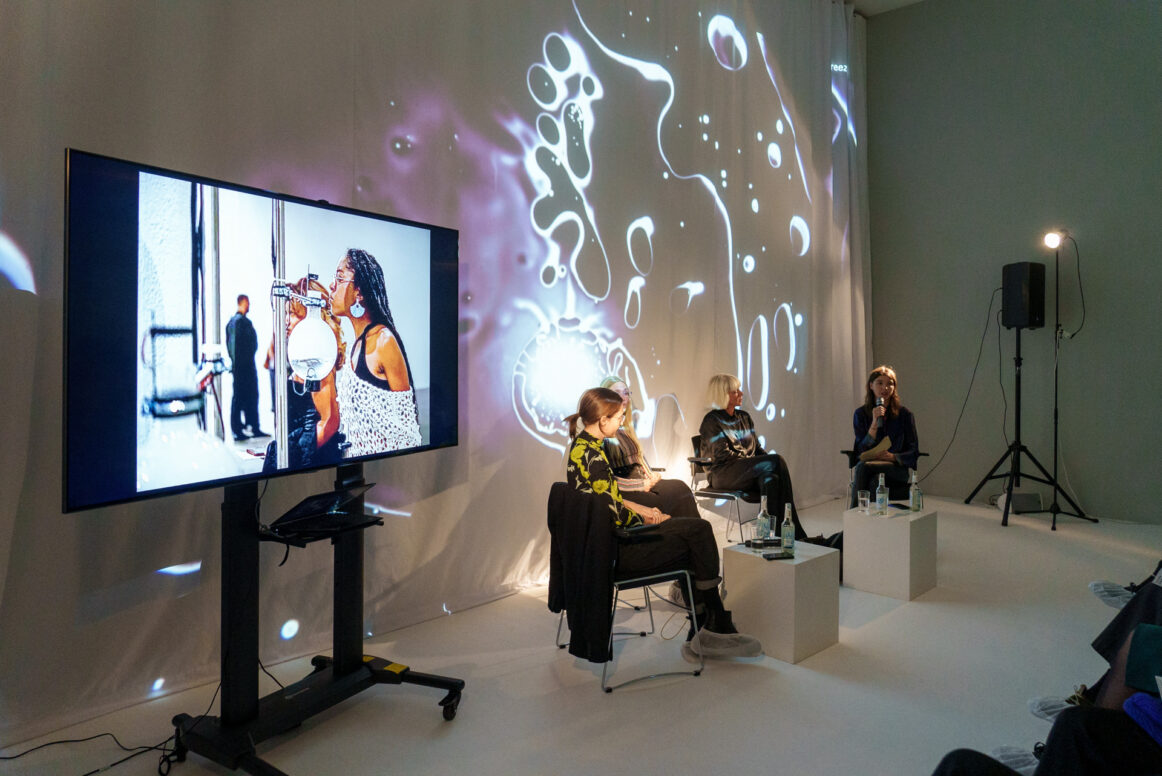 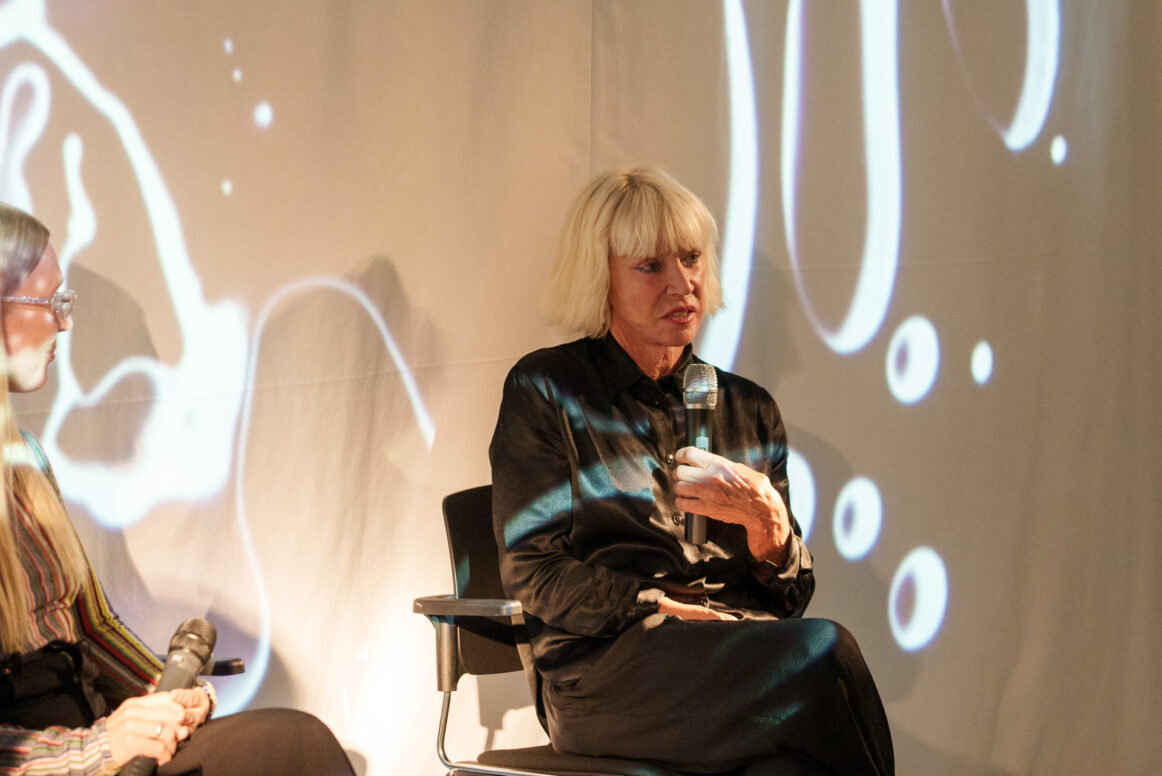 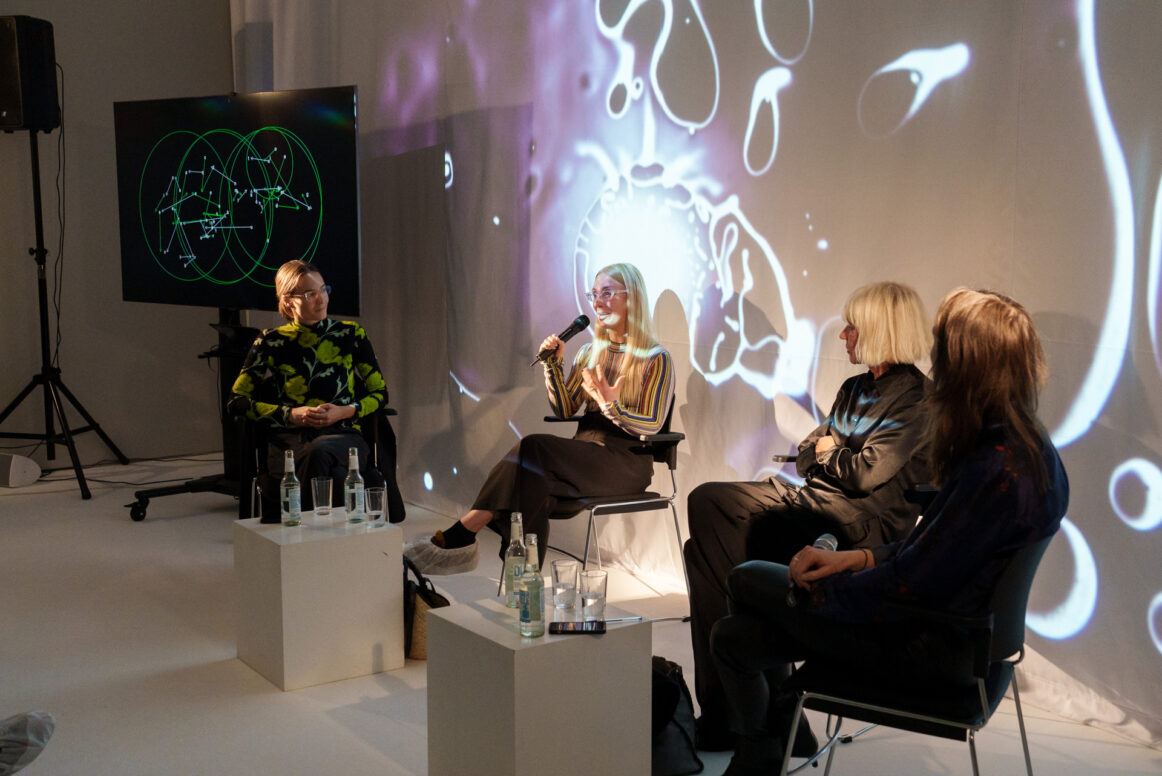 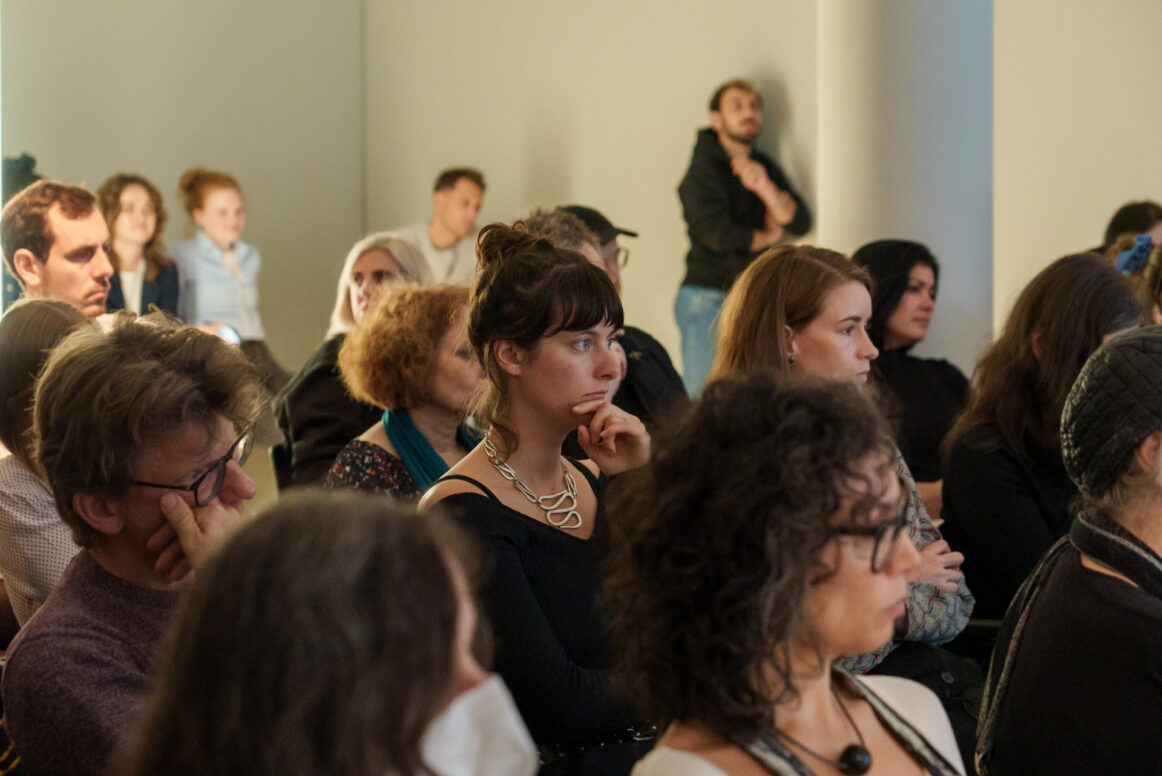 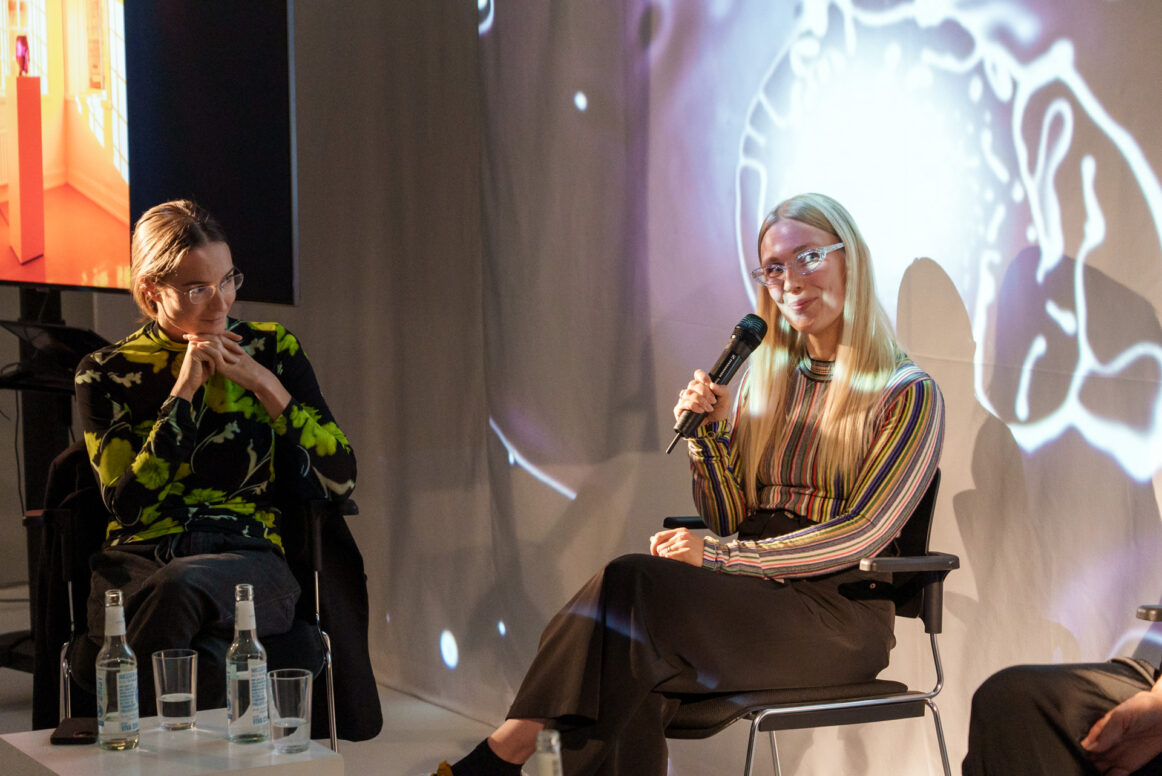 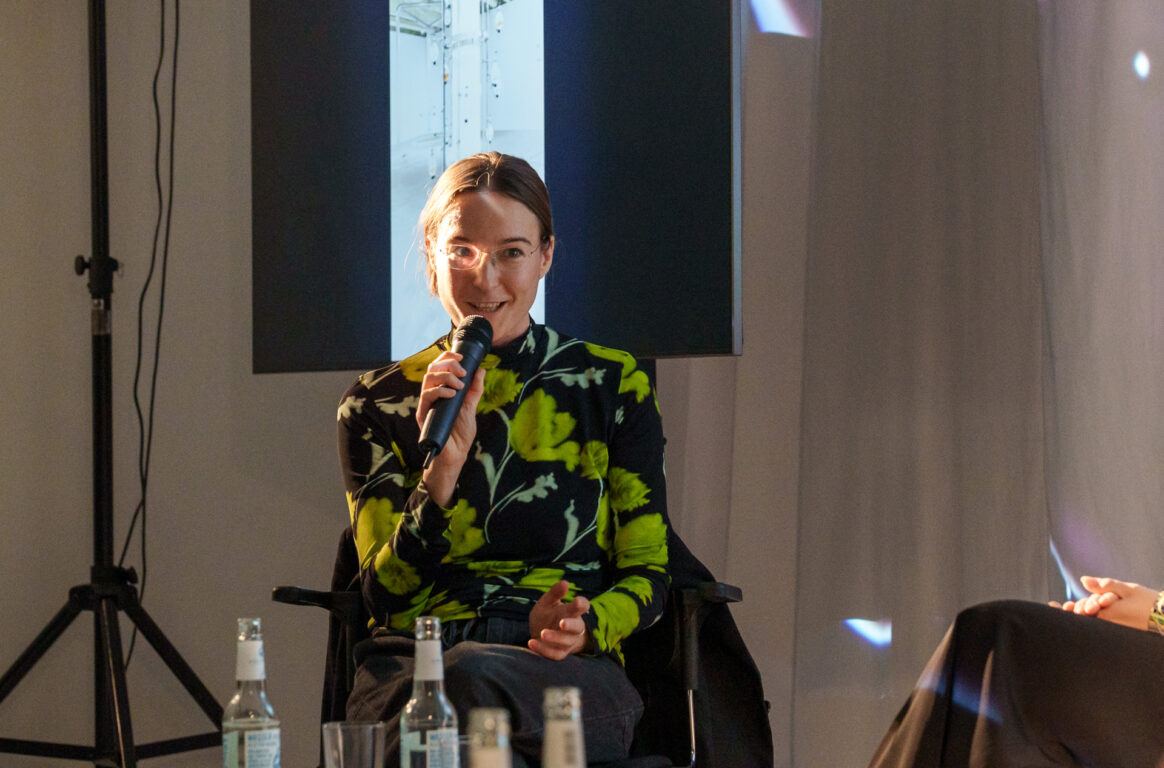 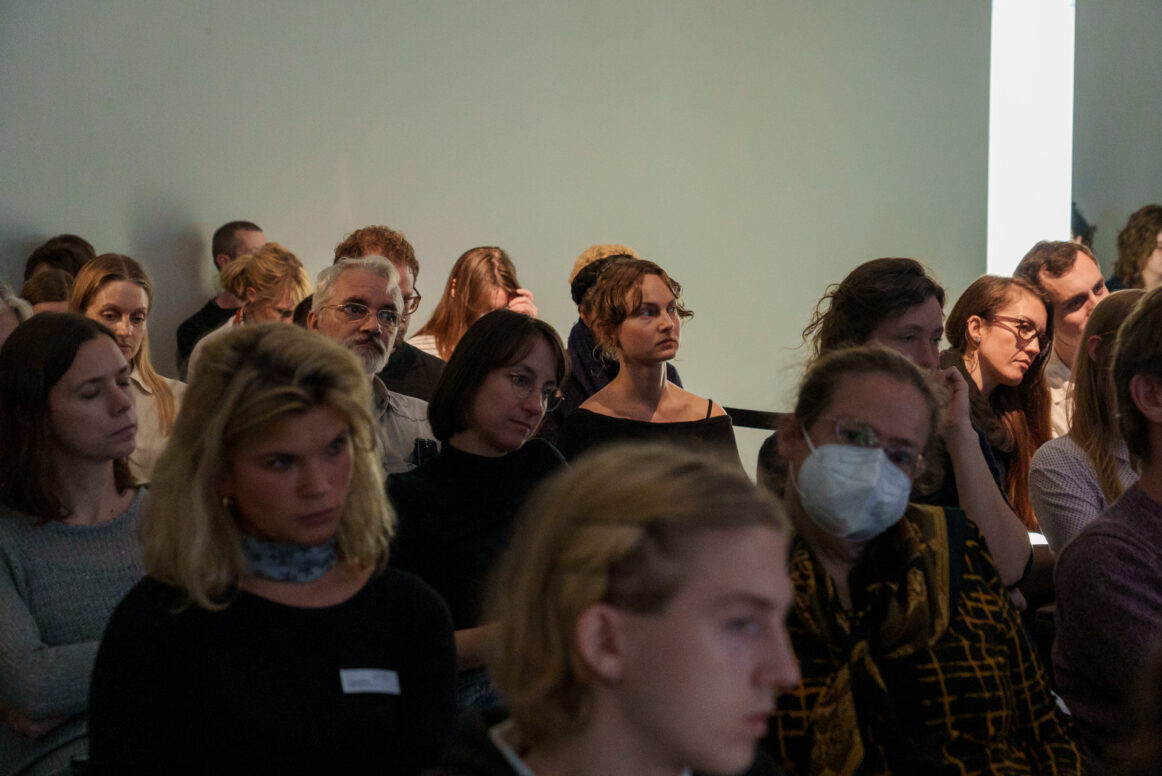 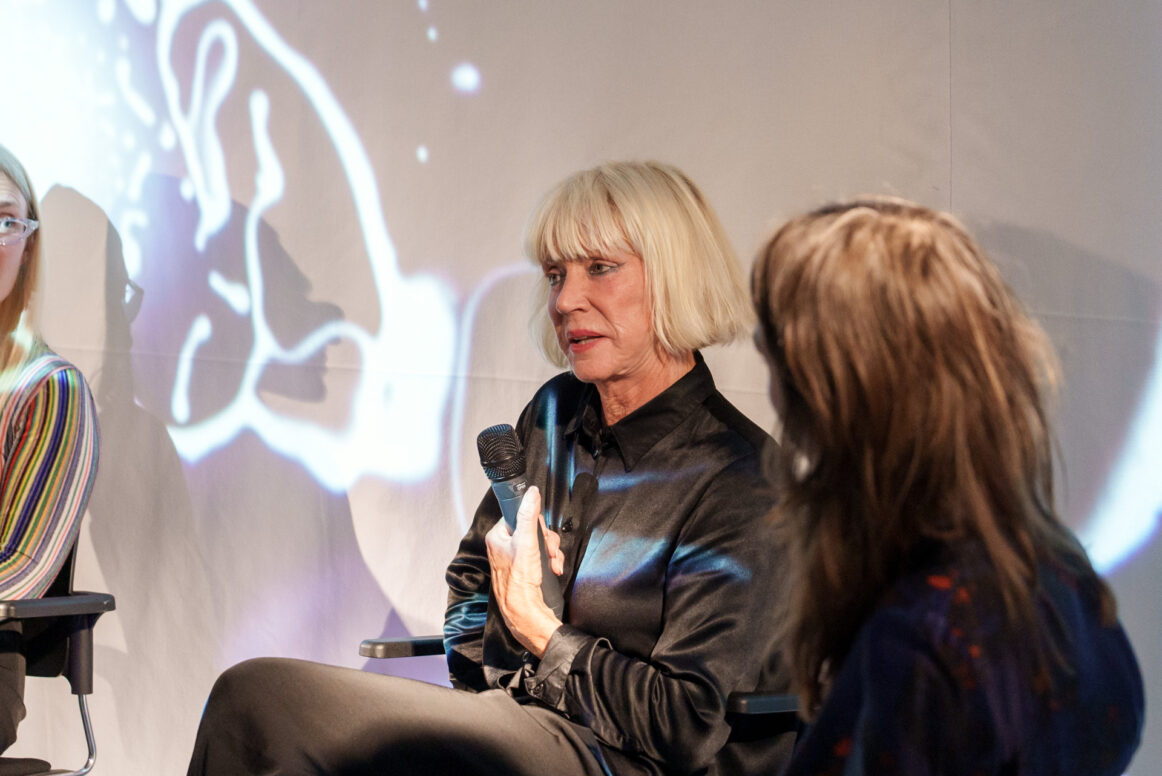 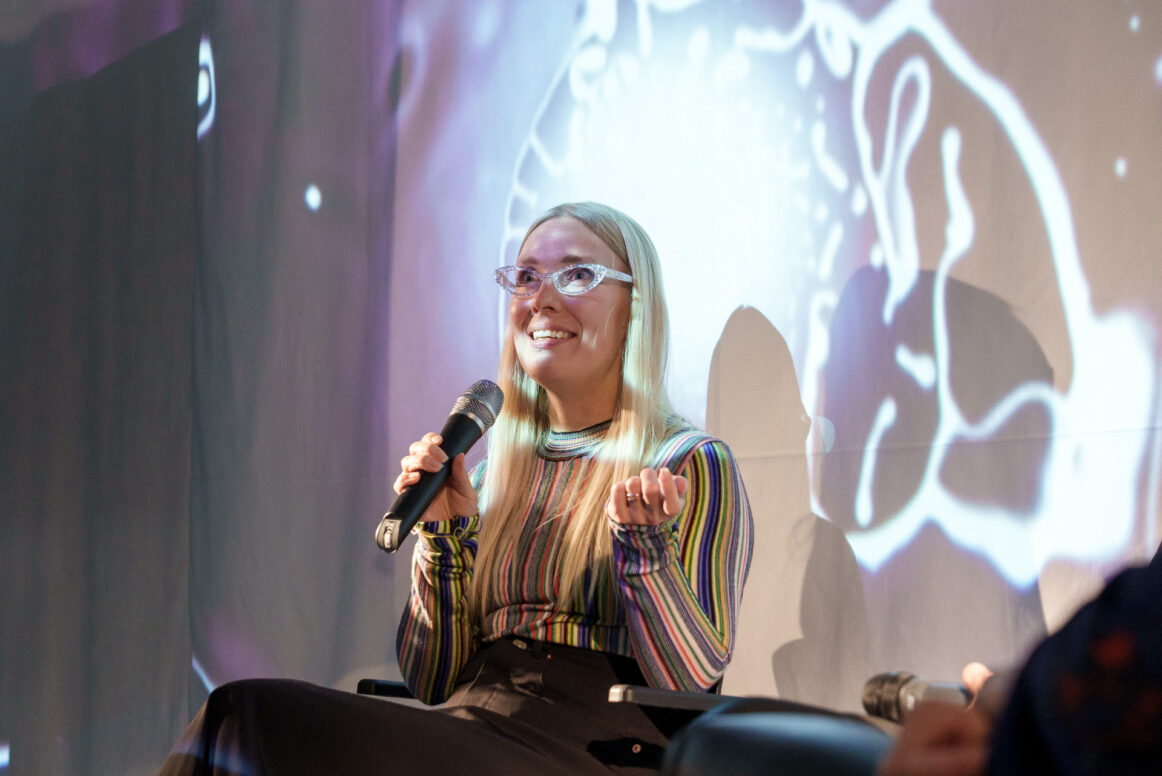 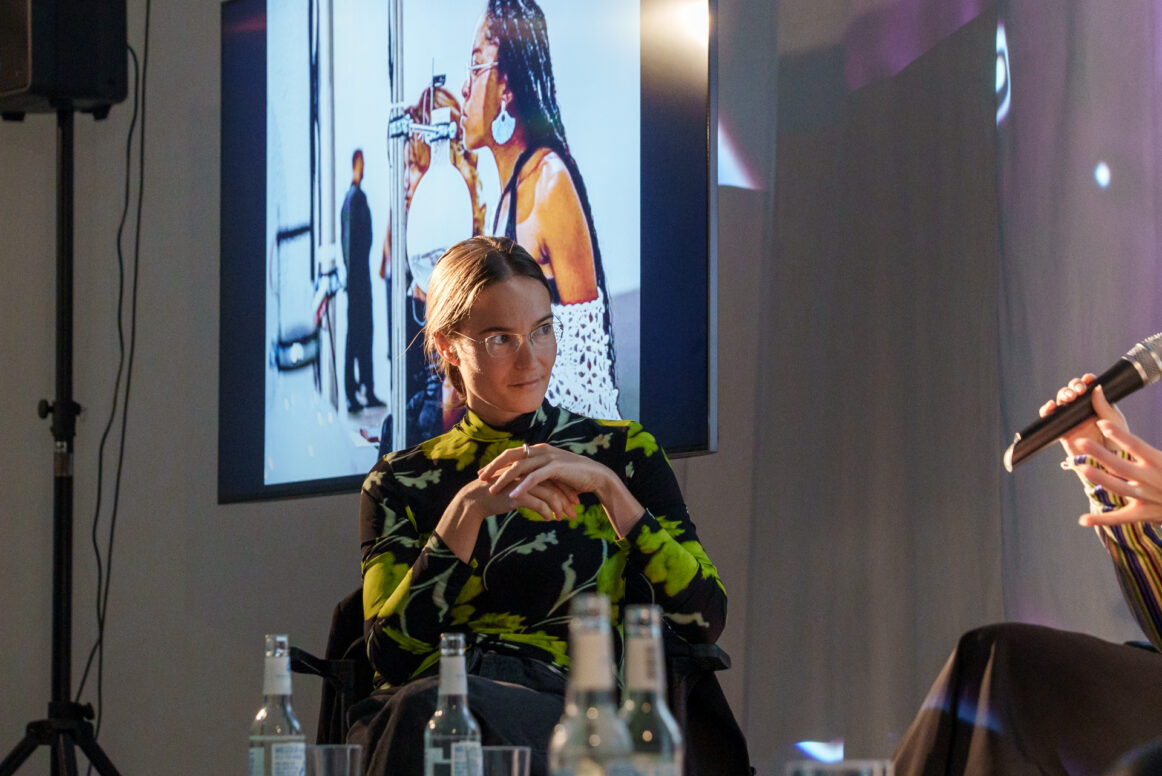 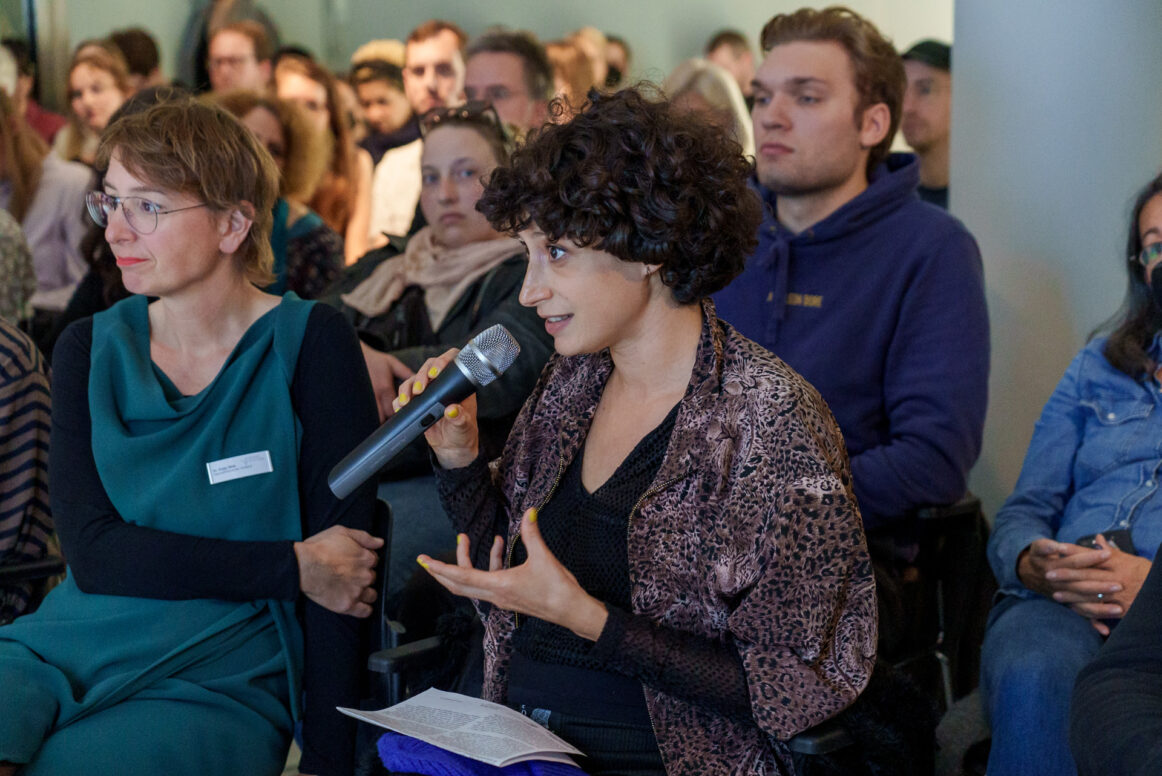 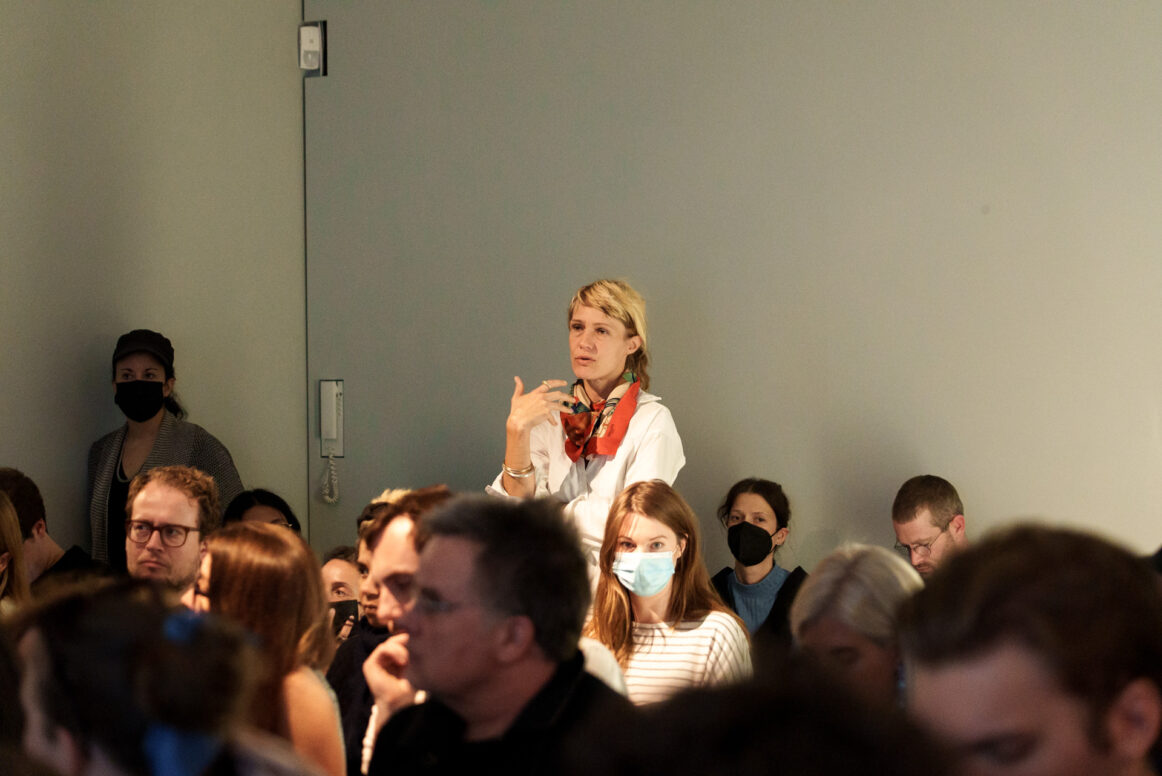 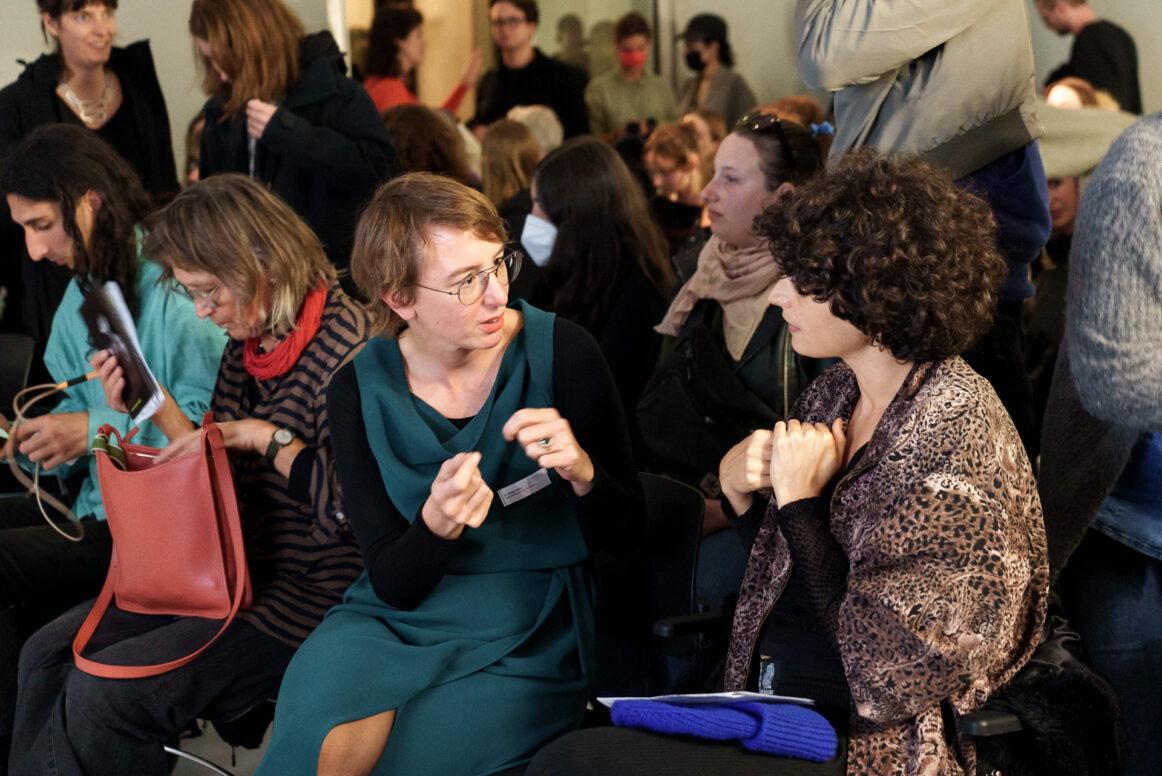 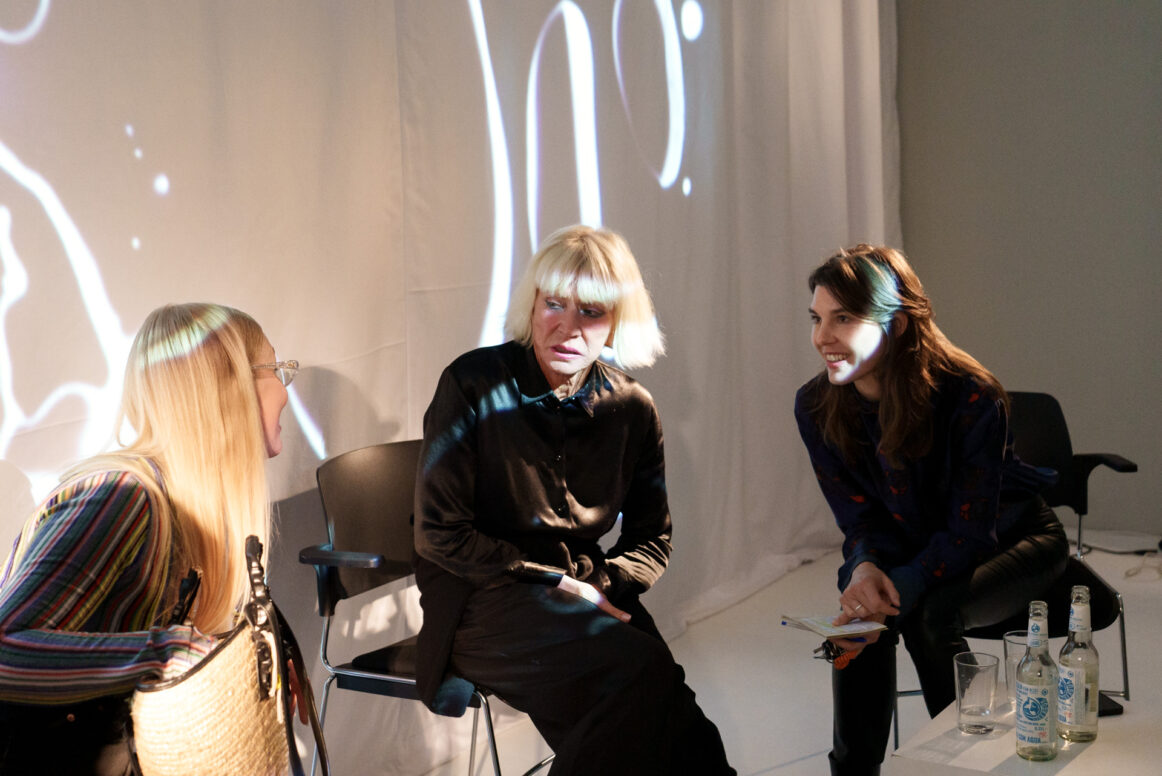 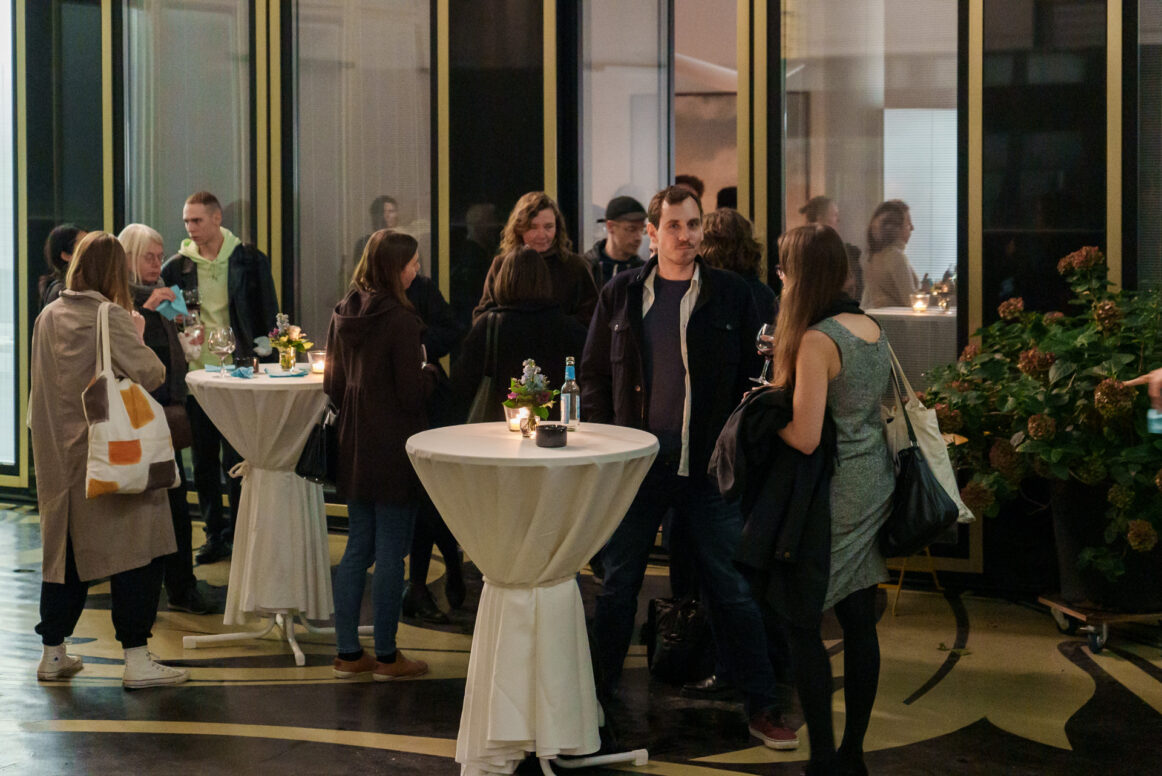 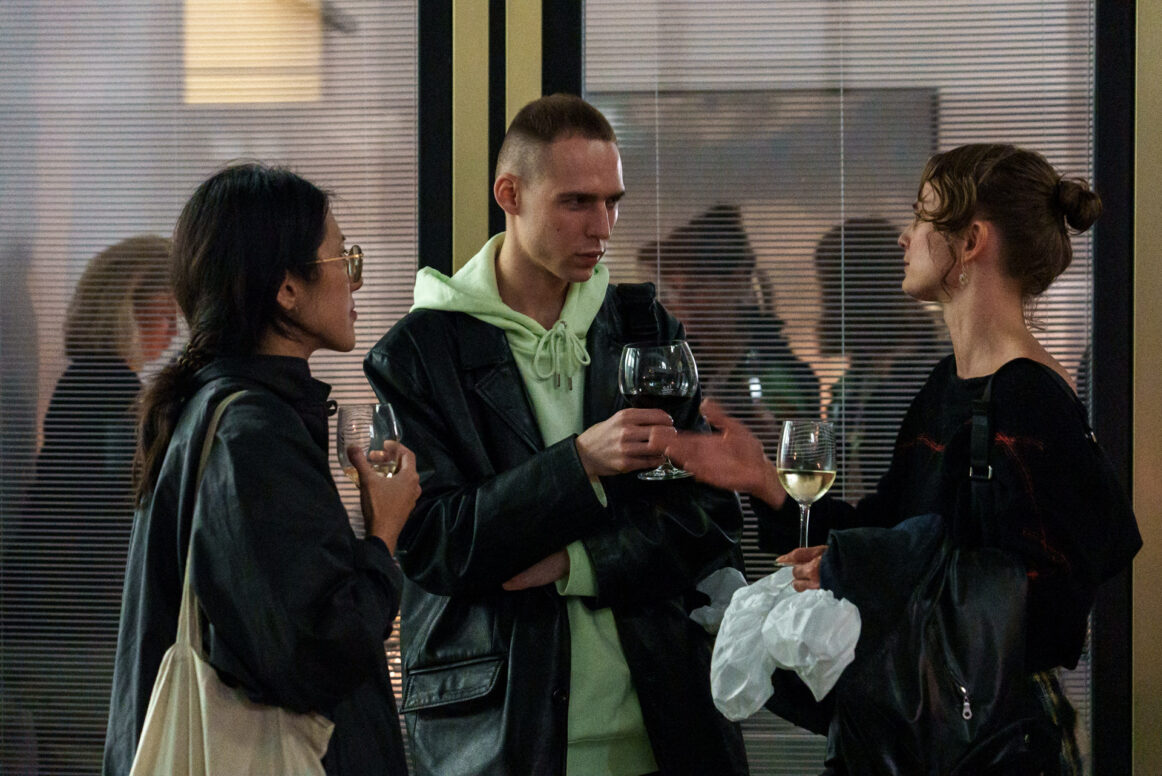 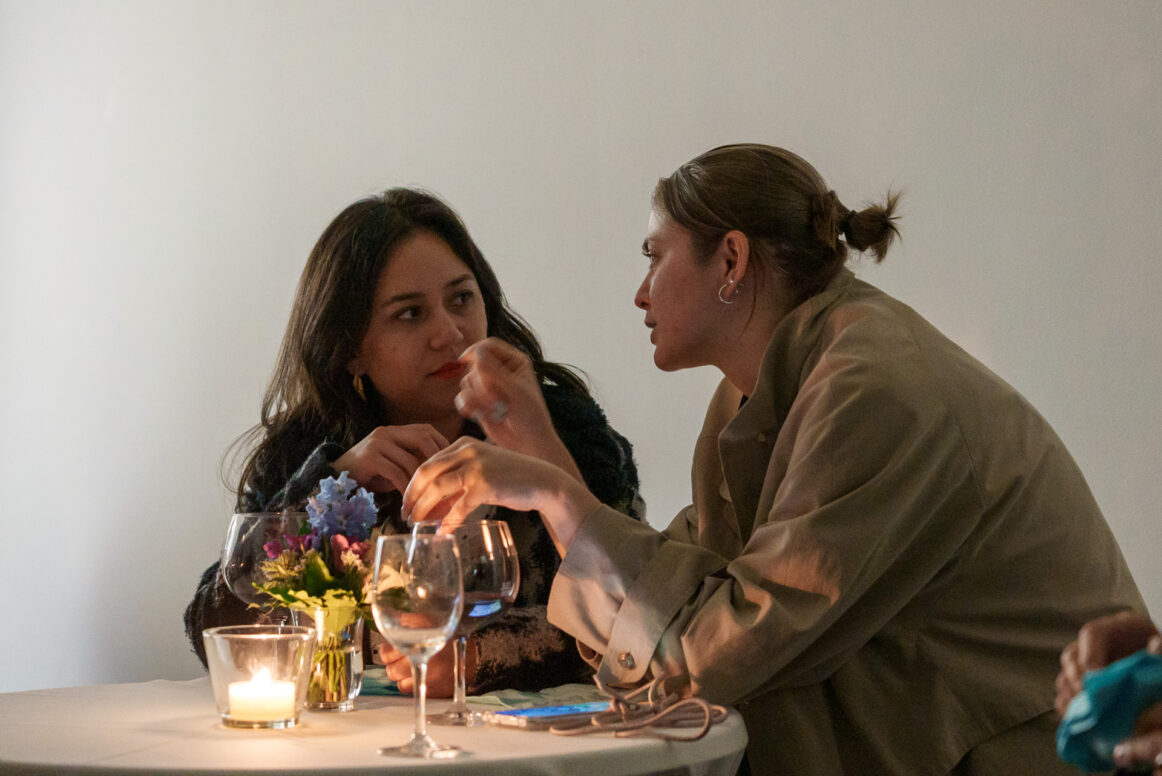 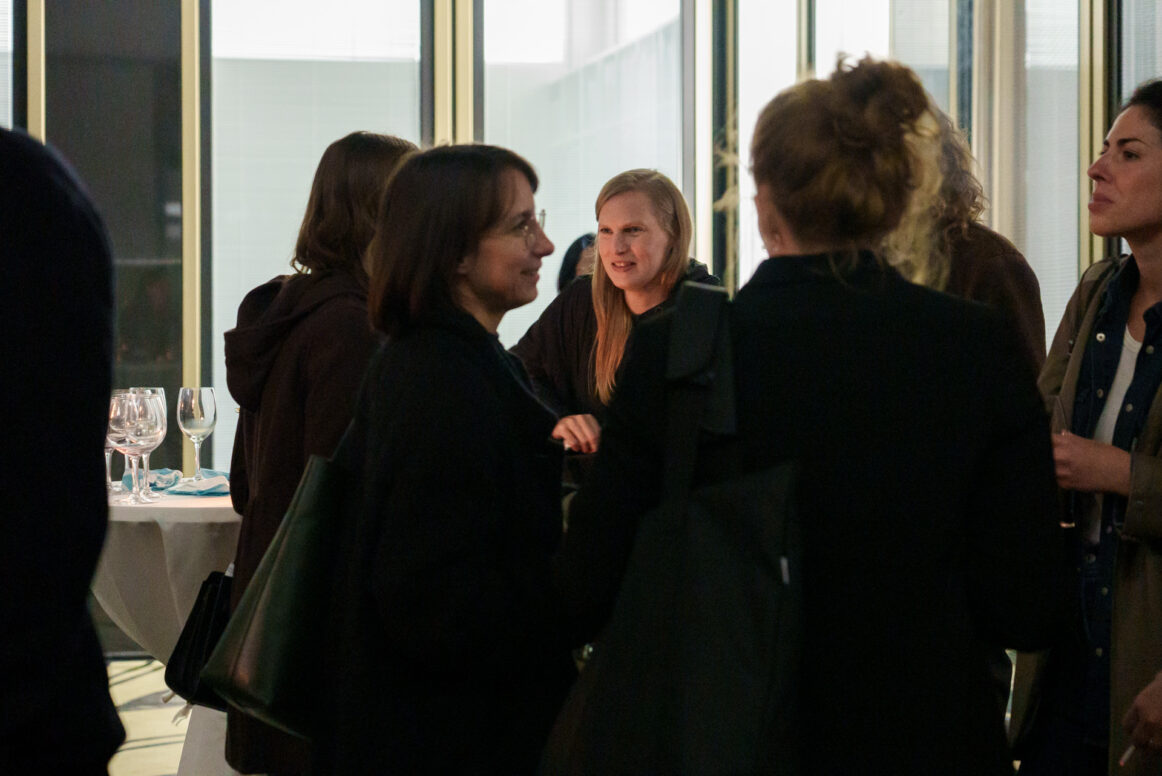 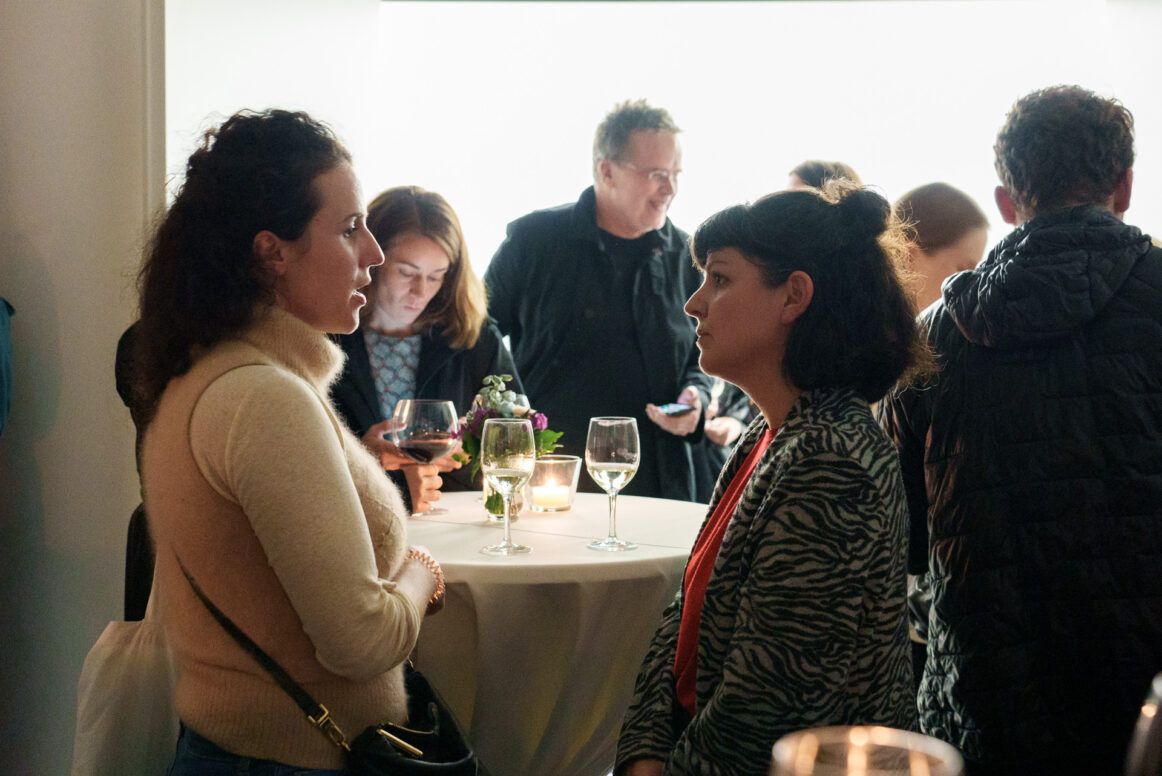 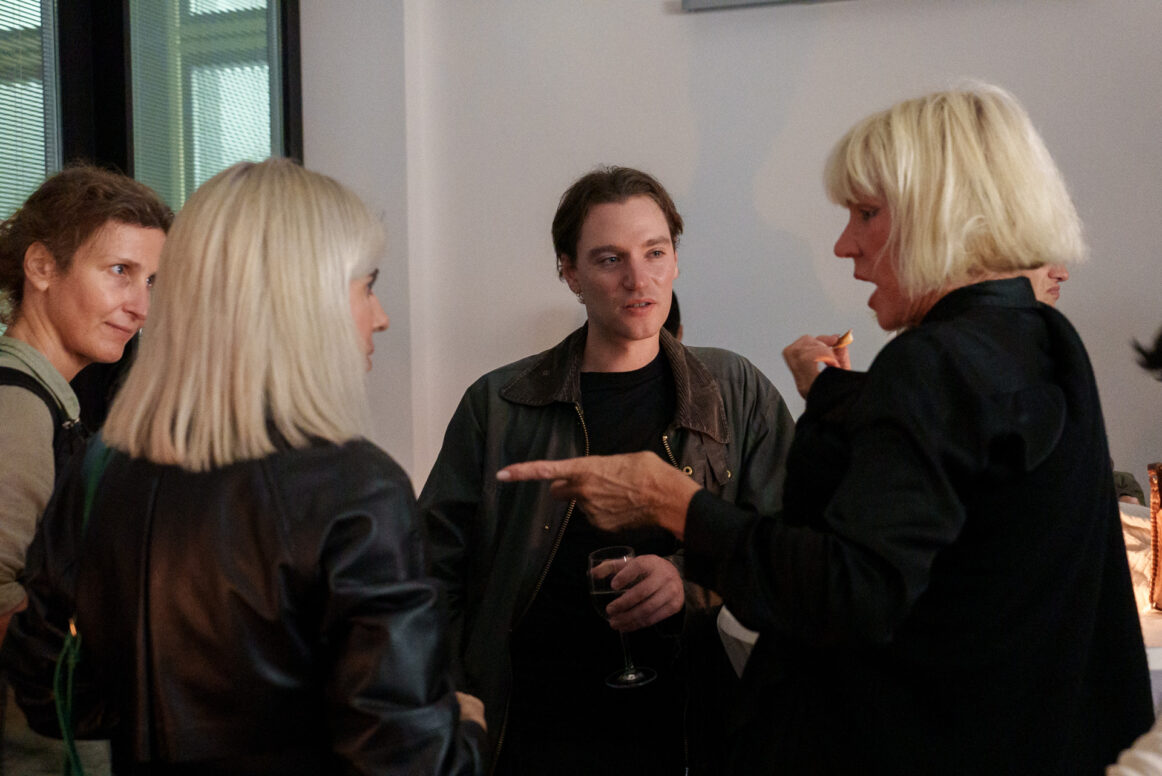 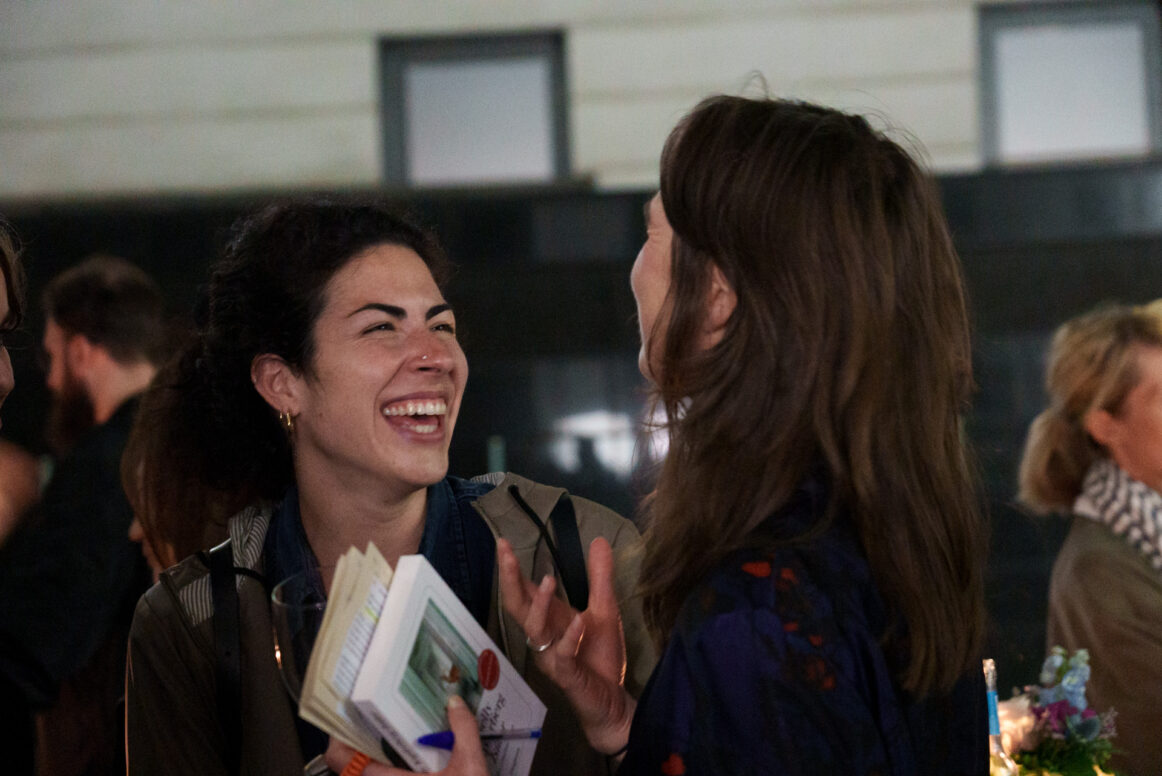 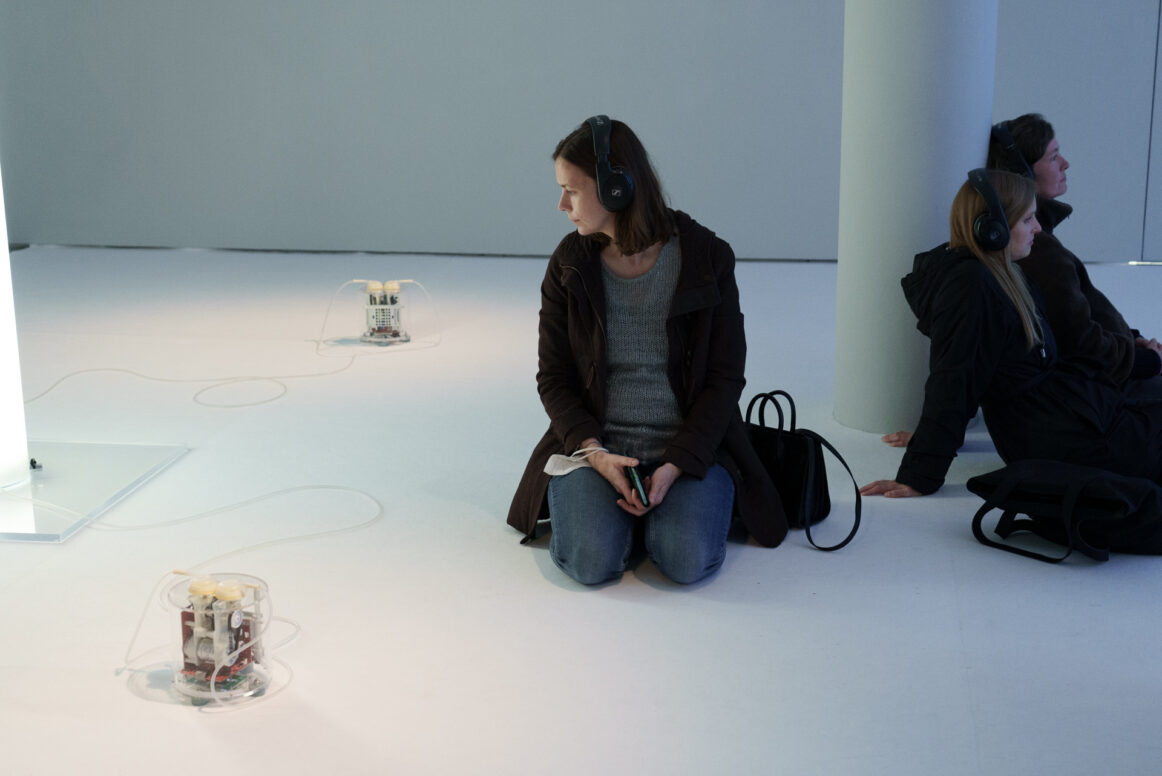 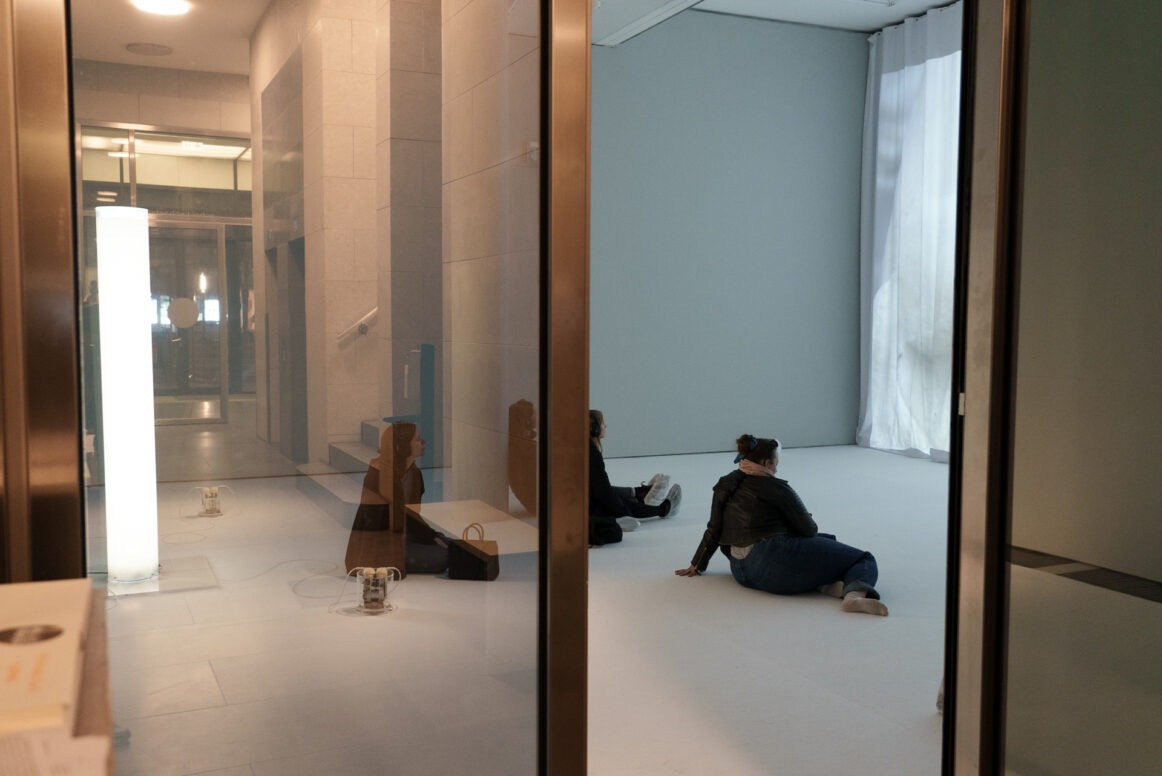 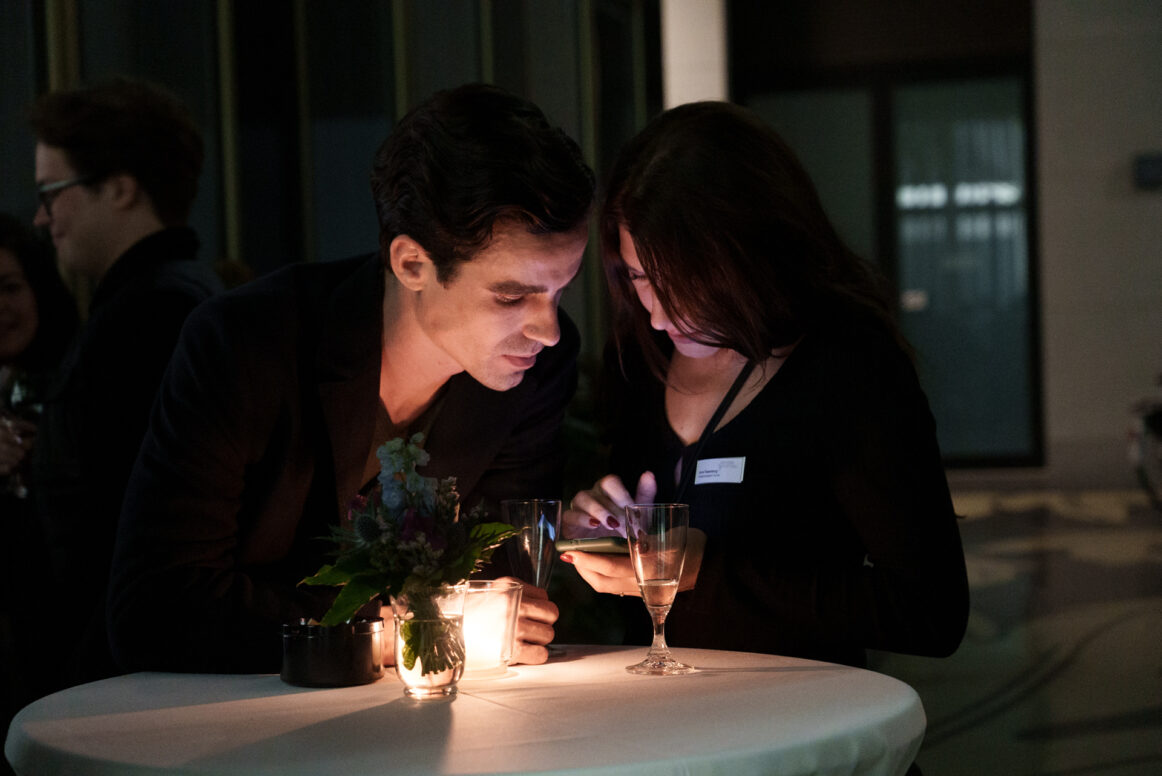 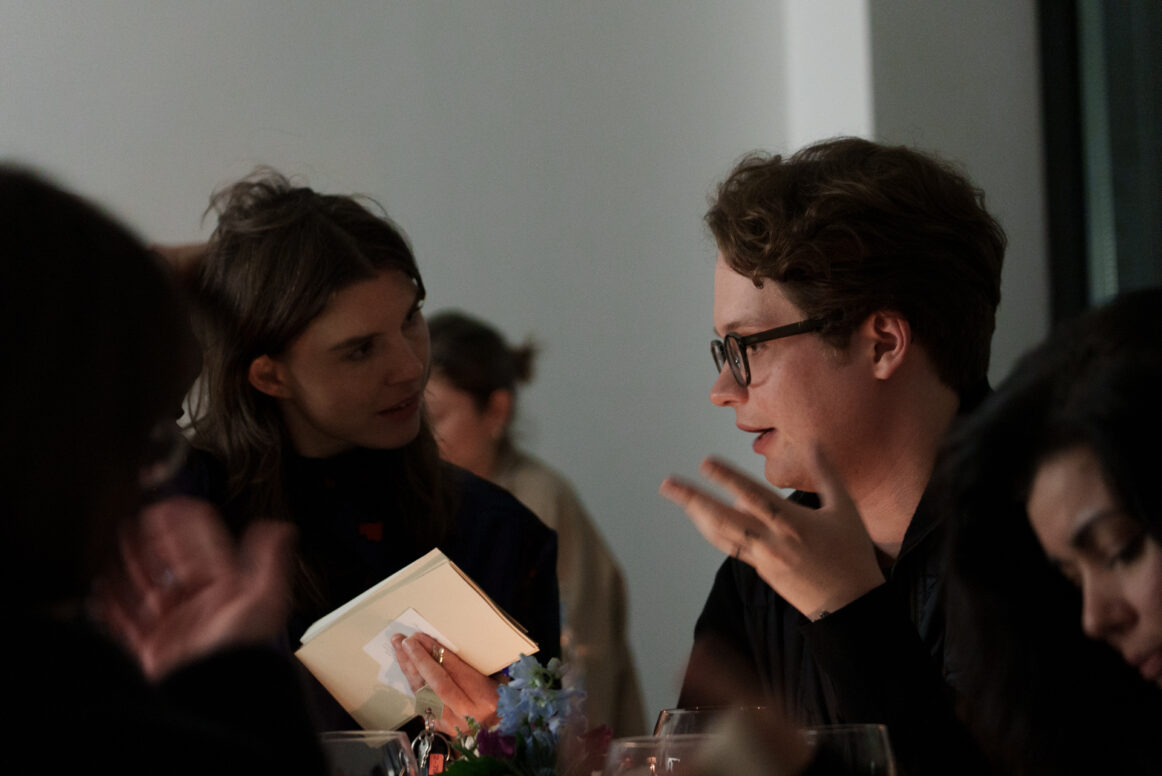 Jenna Sutela (b. 1983, Turku, Finland) works with living organisms such as bacteria and slime mold as well as with sound and language. In her audiovisual works, sculptures, and performances, the artist creates connections between biological entities and technologies. Her particular interest is in the productive interaction between human and non-human organisms. In her work “nimiia cétii,” for example, she created a novel written language whose machine-generated characters are based on capturing and copying the movements of Bacillus subtilis nattō. In 2019/20, Sutela was a visiting artist at the MIT Center for Art, Science & Technology. Sutela’s works have been shown at Castello di Rivoli (2022), Liverpool Biennial (2021), Kunsthall Trondheim (2020), ZKM Karlsruhe (2020), Serpentine Galleries (2019), Kiasma, Helsinki (2017), and others.

Sissel Tolaas has been working, researching, and experimenting extensively with the topic of smell since 1990, taking a pioneering and unique approach to smells. She has developed a wide range of revolutionary interdisciplinary smell-related projects worldwide based upon her knowledge of forensic chemistry, chemical communication, sensory ecology, linguistics, and the visual arts. Tolaas established the SMELL RE_searchLab Berlin in January 2004 with support from IFF Inc. Tolaas has unique skills in smell recognition, analysis and reproduction/replication. She has researched and experimented with smells in many diverse contexts and for multiple purposes and formats. Her research and projects have been awarded numerous national and international scholarships, honors, and prizes. Tolaas has shown her work in many museums and institutions worldwide, including MOMA New York, NGV Melbourne, DIA New York, NTU CCA Singapore, Tate Modern London, Minsheng Museum Shanghai, and MORI Tokyo. She has worked with universities such as MIT, Nanyang Technical, Tsinghua, Harvard, and Oxford. Since 1996, Tolaas has done 55 City SmellScapes research projects of, for and with major cities in six countries. She has built several types of smell archives such as Smell & Communication/Language, Smell & Coding, Smell & Anthropocene, and Smell & Extinction. She is currently working on smell-molecule preservation/conservation archives of the world’s oceans and forests and on smell artefacts and a smell heritage archive for the Pompeii Ruins. Tolaas’s collections of smell molecules and smell structures include 15,000 smell samples and formulas.

Sarah Johanna Theurer is a curator and writer focusing on time-based art practices and techno-social entanglements. She works as curator at Haus der Kunst, Munich where she has co-curated a major retrospective of Fujiko Nakaya, commissioned performances with artists like Isabel Lewis and Christelle Oyiri and new works by Carsten Nicolai and Jenna Sutela. Together with Andrea Lissoni she co-curated a major retrospective on Fujiko Nakaya and is the co-editor of the forthcoming publication on the artist. Aside from Haus der Kunst, she hosted the radio show Portals on Cashmere Radio, regularly writes on music and art, and acts as a dramaturg with performance groups.

Christina Landbrecht is the director of the art program at the Schering Stiftung. Born in Munich, she moved to Berlin to study art history and business administration at Humboldt-Universität zu Berlin. She subsequently worked as curatorial assistant at the Berlinische Galerie – Museum of Modern Art, where she later took the position of assistant to the director, Dr. Thomas Köhler. When the excellence cluster “Bild Wissen Gestaltung” (Image Knowledge Gestaltung) was established at Humboldt-Universität, she returned there as a research associate and to write her dissertation. Entitled “The Problem and Potential of Artistic Research,” the PhD-thesis deals with the relationship between the natural sciences and the visual arts since the 1990s. She puts this knowledge to good use for the Foundation, bringing together the expertise of both artists and scientists in productive ways and inspiring interdisciplinary dialogues and projects.