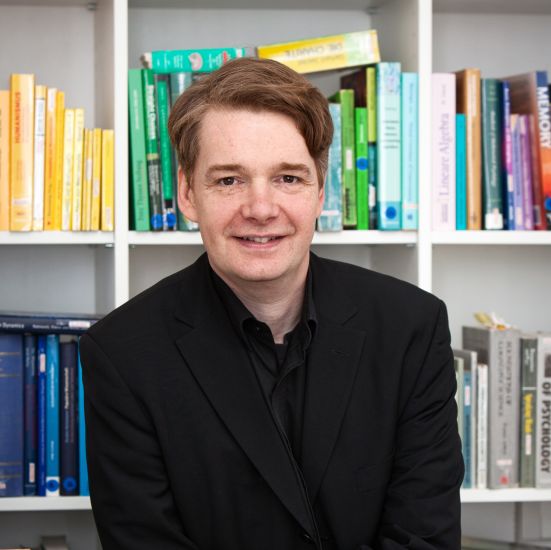 Due to the overwhelming request for participation accreditation has already been closed!

The lecture will be in German.

The Berlin-based brain researcher Prof. Dr. John-Dylan Haynes will explain how mental states can be decoded from brain activity in humans. He will discuss the possibilities of synchronizing brain activity by external rhythms and how brain activity is linked to aesthetic experience, during his evening lecture “Brain, Consciousness, and Artistic Experience.”

John-Dylan Haynes is a professor (W3) at the Charité Berlin and director of the Berlin Center for Advanced Neuroimaging. After studying psychology in Bremen, he completed his PhD in 2003 with a thesis on the neural correlates of conscious perception. After research stays at the University of Magdeburg, Plymouth University, and the Institute of Cognitive Neuroscience at University College London, Haynes became a group leader at the Max Planck Institute for Human Cognitive and Brain Sciences in Leipzig in 2005 and subsequently moved to the Charité in Berlin. In his research, Haynes tries to answer the question of whether thoughts can be read out and predicted from brain activity. His focus is not only on developing machine-based decoding processes to read out the content of our consciousness but also on the technological and ethical limits of this kind of research. His other research interests include awareness, intentions, and free will.

The lecture is part of the exhibition “SMOKING MIRROR” by artist Otavio Schipper and composer Sergio Krakowski, which will be on display at the Schering Stiftung’s Project Space until January 23, 2016. Developed specifically for the Schering Stiftung, Schipper and Krakowski’s installation of unique reflective objects aims to induce a state of altered consciousness similar to a hypnotic trance. The exhibition creates a space that challenges one’s senses and perception through synchronized light and sound, corresponding to the natural internal rhythms of the brain. SMOKING MIRROR thus explores the relationship between mental activity and the cognitive awareness of one’s own body in space.