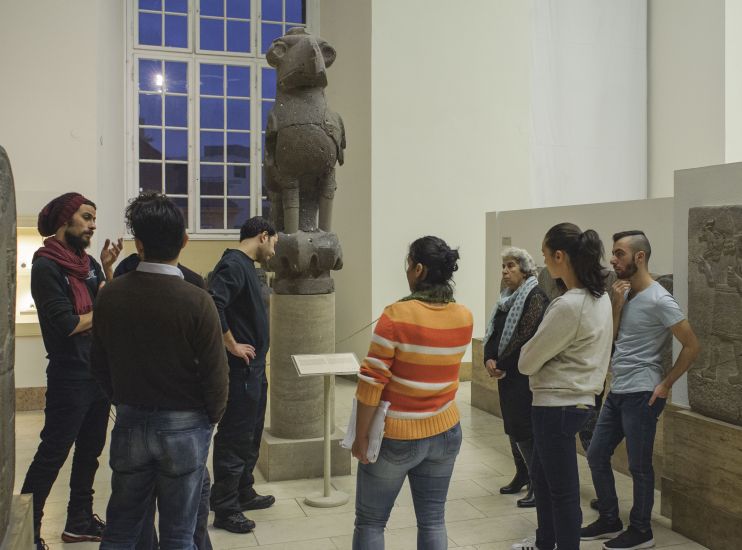 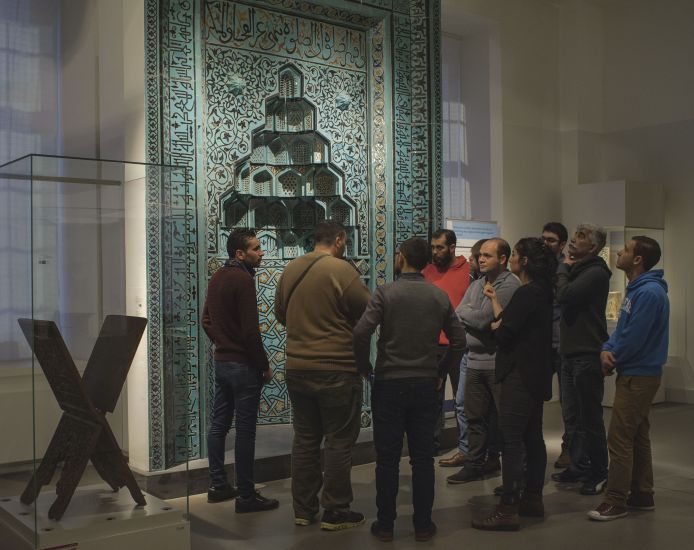 Multaka – The Museum as Meeting Point

Multaka – The Museum as Meeting Point

10.12.2015, Berlin | The Museum of Islamic Art, a division of the Staatliche Museen zu Berlin, has initiated a project to train 19 refugees from Syria and Iraq as museum guides who are able to conduct tours of the Pergamon Museum, the Bode Museum, and the German Historical Museum in their native languages. The title of the project says it all: in Arabic, “multaka” means “meeting point” and stands for the exchange of different cultural and historical experiences; the project, however, is also about the commonalities between Germany, Syria, and Iraq.

The project “Multaka” made it possible for the new guides to participate in a content-focused and didactic training course. Since December 2015, they have offered regular exhibition talks in their native languages, contributing their personal views and perspectives on the works that are on display in Berlin. During the one-hour tours, the guides engage with the cultural history of their country of origin, but also with Christian iconography and the basic facts about German history. For the Museum of Islamic Art, the Museum of the Ancient Near East, the Sculpture Collection, the Museum of Byzantine Art, and the German Historical Museum, it is especially important to highlight the connections between the refugees’ countries of origin and their host country. The museums thus want to provide the refugees with social and cultural links that can help them feel at home in Germany.

Groups meet at the museums’ ticket or information counters. Participation is free of charge, registration is not required.

A project of the Staatliche Museen zu Berlin Stiftung Preußischer Kulturbesitz and the German Historical Museum, developed by the Museum of Islamic Art, a division of the Staatliche Museen zu Berlin, sponsored by the nation-wide program “Demokratie leben!” (Live Democracy!) of the Federal Ministry for Family Affairs, Senior Citizens, Women and Youth, and supported by the Schering Stiftung, the Friends of the Museum of Islamic Art, and the Syrian Heritage Archive Project.