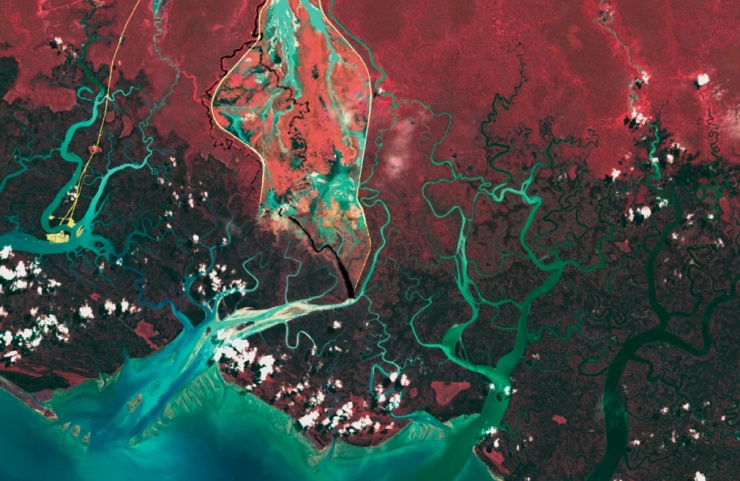 On the occasion of the symposium – which is a closed event – there will be a public lecture on March 22, from 6:30 pm to 8 pm, by Mike Alonzo, scientist at the NASA, and Nabil Ahmed, artist, writer and curator. They will speak about “Spatial justice at the threshold: sensing ecological conflict and more-than-human rights”.

Intelligence: what does this mean? For a long time, one spoke of the difference between art theory and practice. For years, we have been trying to understand how art is different from the social function it plays in society. The term “artistic research” was originally coined to show that artists do not only produce objects or performances or practice within a given medium but conduct “research” as artistic practice. However, the term was soon used more narrowly to define a new form of academic-scientific activity – performed by artists. The symposium “On Intelligence” at the Institut Kunst (Art Institute) in Basel interrogates how contemporary artists, through their work, address fundamental questions such as: What is life? How can we shape the future through experience? And, how does art redefine experience?

Mike Alonzo completed his BA in Geography (Middlebury College), his MA in Geography (University of Denver) and his PhD in Geography (UC Santa Barbara) with a focus on airborne remote sensing. Currently he is a NASA Postdoctoral Program Fellow at NASA‘s Goddard Space Flight Center. In his research he works to improve urban ecosystem analysis through fusion of lidar and hyperspectral imagery. Tree-crown level spectral and structural measurements may be used to identify tree species and estimate key forest parameters such as leaf area index and biomass. At NASA he is using similar tools as applied to analysis of boreal forest fire characterization in Alaska.

Nabil Ahmed is a London-based artist, writer and researcher. His transdisciplinary research explores contemporary eco-politics in spatial relation to law, conflict and evidence. He is co-founder of Call and Response, a sound art organization based in London. He initiated the Earth Sensing Association, a research organisation for the diffusion of knowledge at the intersection of environmental change, conflict and cultural production. Ahmed holds a PhD from the Centre for Research Architecture at Goldsmiths, University of London where he is a member of the Forensic Architecture Project. He is a lecturer at The Cass School of Architecture at London Metropolitan University and a fellow at Akademie Schloss Solitude in Stuttgart (2014-16). In 2016 he will be leading one of the five interventions strategies as part of the Oslo Architecture Triennale’s core program, In Residence.

The symposium is part of the professorship program “The Next Society” at the Institut Kunst (art Institute) in Basel. The professorship is dedicated to the sciences and aims to rethink the society of the future – beyond the ideas traditionally provided by art history and art theory. By linking different ideas about research and a new understanding of form, development and cause in the sciences and arts, it wants to break down the functional division of the disciplines. The program strives to bring art closer to scientific topics and ideas and wants to build an ongoing relationship between the arts and the sciences. After all, the scientific debates on emotions and the brain, the role of genetics in human memory, the origins of the cosmos do not just concern scientists, but also artists. To achieve the program objectives and to intensify the dialogue between science and art, the professorship will be accompanied by seminars, days-with-a-scientist, days of science, and a public lecture series.

The Schering Stiftung supports “The Next Society” professorship, since it is convinced that the boundaries and barriers between the disciplines hamper both artistic and scientific research. It is only through curiosity and an openness beyond one’s own discipline that something new can emerge. “The Next Society” helps create new forms of communication and teaching that have the potential of serving as a model for other art academies.