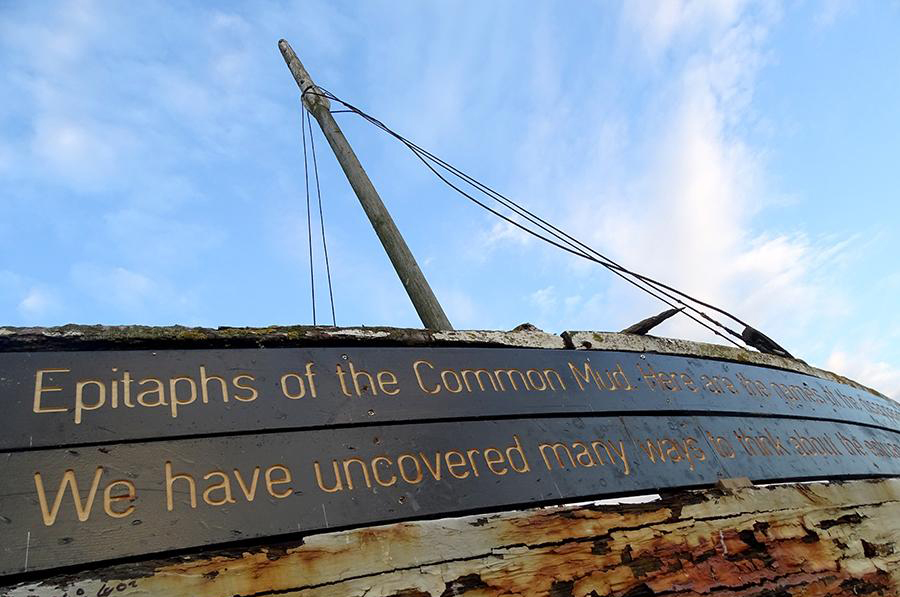 For over 20 years, Arts Catalyst has pioneered art that engages with science and technology. On 28 January 2016, Arts Catalyst opens its first Centre for Art, Science and Technology in London’s King’s Cross. The centre will provide a space for artists and scientists to experiment and create new projects, and enable vital interactions between artists, experts and audiences. For the opening exhibition, Arts Catalyst presents “Notes from the Field: Commoning Practices in Art and Science”, featuring the Arte Útil archive, a project initiated by Tania Brugera, alongside YoHa’s artist/citizen science project, “Wrecked! on the Intertidal Zone.”

Arts Catalyst is one of the UK’s most distinctive arts organisations and a co-operation partner of the Schering Stiftung. The Schering Stiftung also supports the set-up of the new Centre for Art, Science and Technology, which aims to provide audiences with thought-provoking experiences and to play a leading role in the dialogue around interdisciplinary artistic practice. Over the last 21 years, Arts Catalyst has commissioned more than 125 UK and international artists’ projects, often at pivotal moments in the artists’ careers, including major projects by Tomas Saraceno, Aleksandra Mir, Agnes Meyer-Brandis, Carey Young, Jan Fabre, and the Otolith Group. Arts Catalyst works with artists and scientists to create artworks and generate new ideas exploring science and its role in society and culture, including “assemble | standard | minimal” by Revital Cohen & Tuur Van Balen, which was shown at the Schering Stiftung’s Project Space in Berlin.

Arts Catalyst collaborates with world-class galleries, museums, universities, arts organisations, science institutions, and research centres. The organisation is funded by Arts Council England as part of its National Portfolio. Arts Catalyst’s 2016 programme will support artistic practices that explore the reciprocal effects of art and science, of politics and machines, of communities and environments.