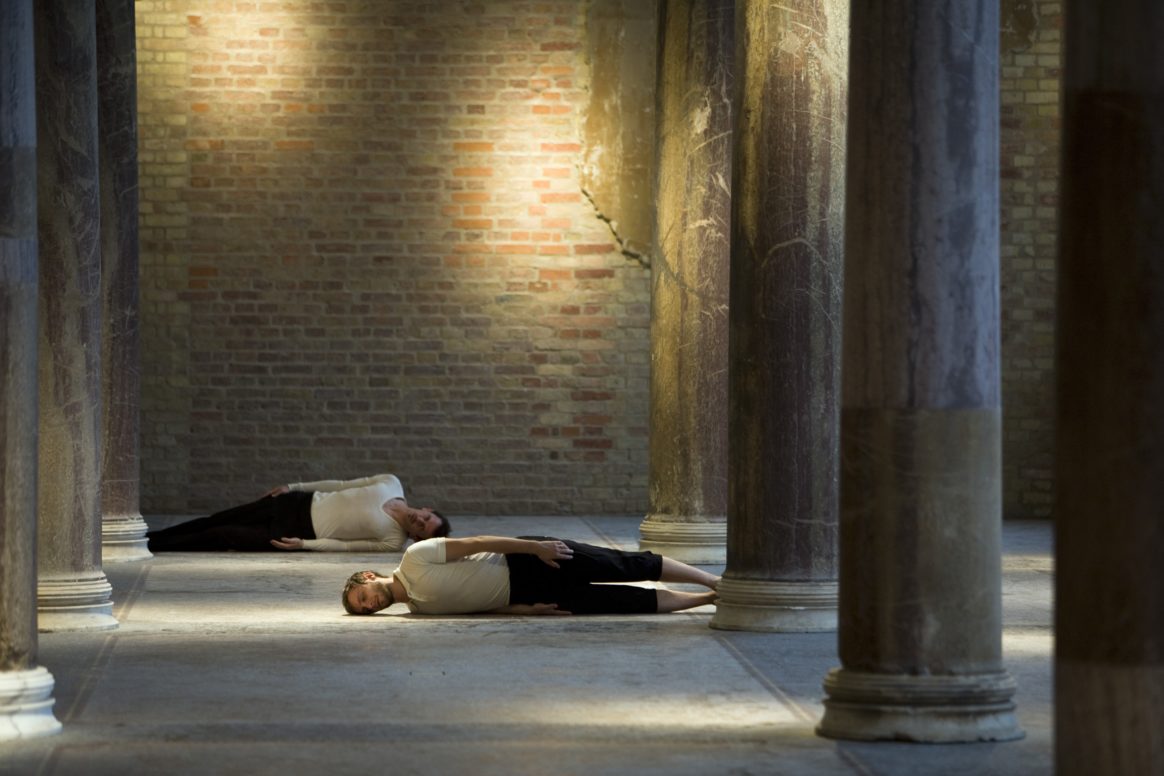 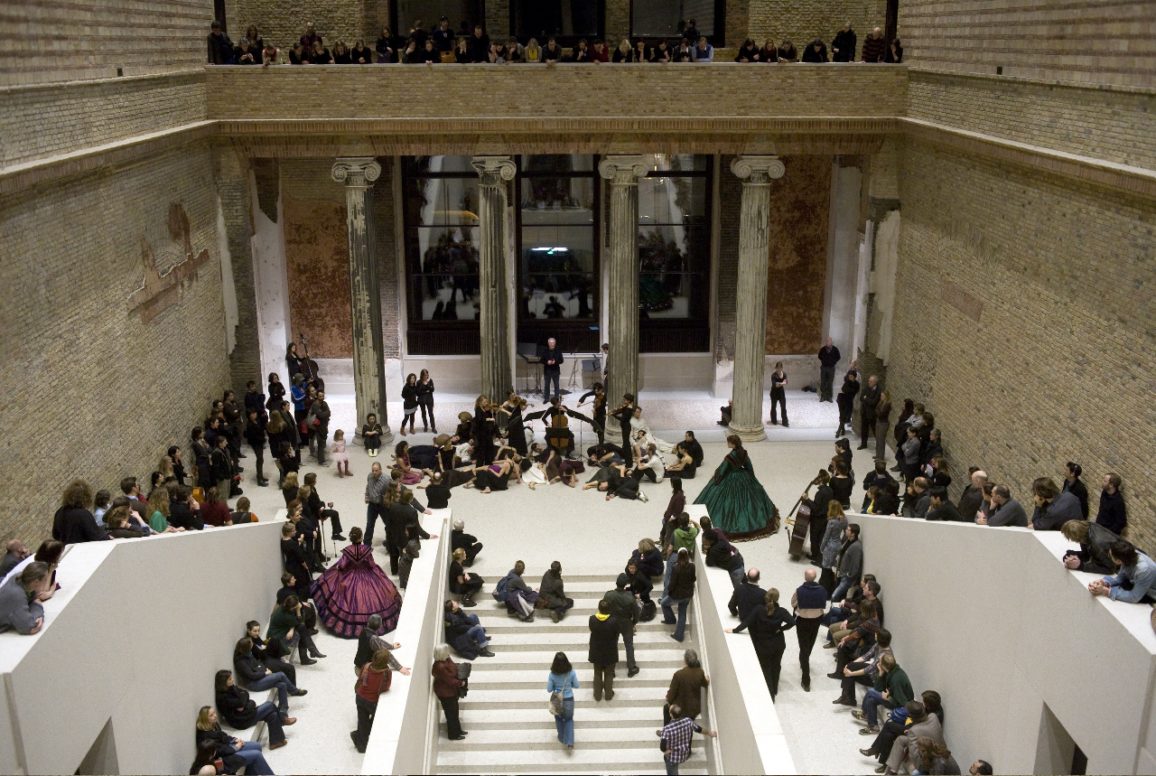 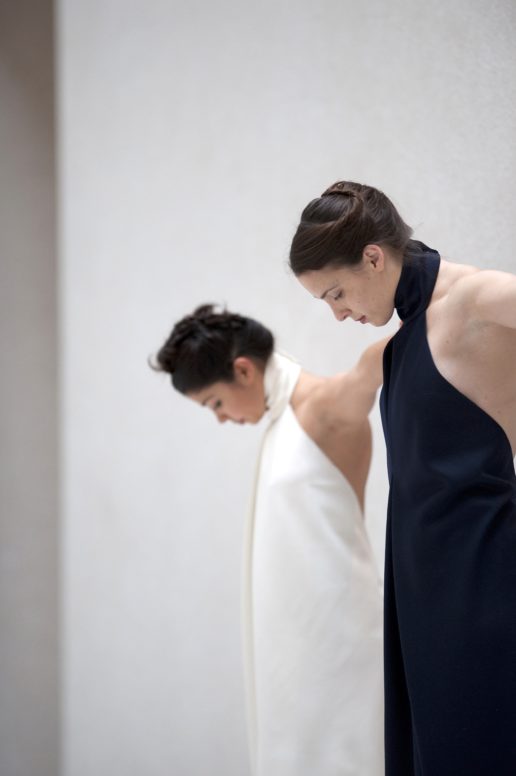 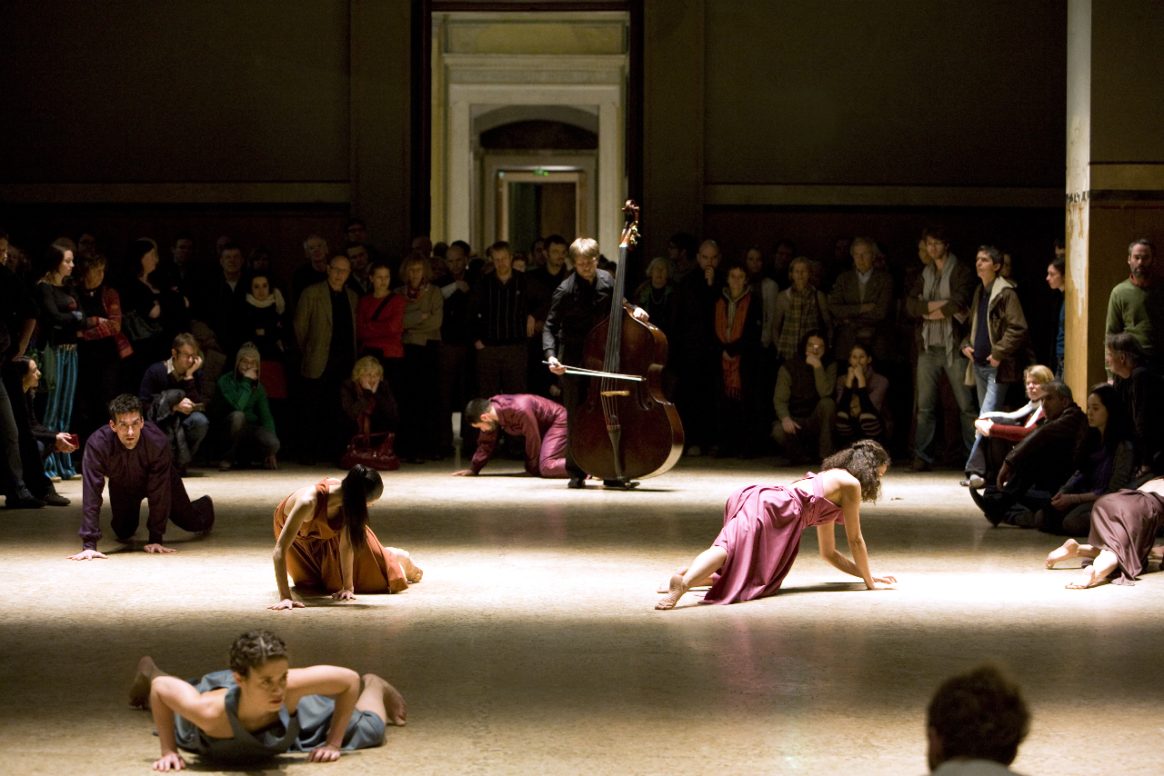 Dialogues 09 in the Neues Museum: A breathtaking experience

Dialogues 09 in the Neues Museum: A breathtaking experience

The German weekly DIE ZEIT called Sasha Waltz’ choreographic exhibition “Dialogues 09” in the Neues Museum a “once-in-a-century success.” On each of the sold-out evenings, an audience of more than 1,000 stood in awed silence after the great finale on the central staircase, before it rewarded the dancers and musicians with thunderous applause. Throughout the 24 rooms of the museum and on the staircase, the visitors were able to experience moving allegories of human nature – each allegory in relation to its architectural and historical context. It has been a great pleasure for the Schering Stiftung to support this project by Sasha Waltz, the second after “Jagden und Formen” (Hunts and Forms). Her interdisciplinary approach and the tremendous force of her choreography are simply inspiring!

From March 18 until March 30, 2009, Sasha Waltz & Guests – seventy dancers, musicians and singers – explored the still empty rooms of the Neues Museum on Berlin’s Museum Island in her work “Dialogues 09 – Neues Museum,” thus celebrating the artistic inauguration of the museum, which is scheduled to reopen after almost sixty years in the fall of 2009. Immediately after the architectural rebuilding of the museum, which took almost ten years, and shortly before the exhibits of the Museum of Prehistory and Early History and of the Egyptian Museum and Papyrus Collection will move into the newly renovated rooms, Sasha Waltz, with support from the Schering Stiftung, presented an extraordinary temporary “exhibition” in the still empty rooms of this complex building.

Sasha Waltz has been working in Berlin since 1991, and from the beginning her work has been characterized by a strong interest in architecture and the fine arts. Again and again, she has been inspired and influenced by a variety of different buildings. Her sensitive and integrative dealings with buildings that are non-stage spaces have earned her the innovative reputation for being “the architect among choreographers.”

It is moments of transition in particular that inspire Sasha Waltz and move her to realize a project in a building. The installation “Dialogues 99/II” at the Jewish Museum was developed a year before the official opening of the museum. In this transitory state, the choreographer collaborated with thirteen dancers and sound artist Hans Peter Kuhn to create a piece that allowed one to experience the special architecture by Daniel Libeskind in a different way. By entering into a dialogue with the space, the bodies of the dancers conjured up images in connection with Jewish history: leave-taking and exile, expulsion, torture and death. Translated into dance, history could be experienced physically.

In 2006, Waltz developed the “Dialogues 06 – Radial Systems” project in the newly renovated Radialsystem V. For several hours, dancers, musicians and singers performed throughout the whole building to inaugurate this new place for the arts on the Spree River, which ever since has held a firm place in the cultural life of Berlin.

After almost ten years of rebuilding under the supervision of David Chipperfield Architects, the Neues Museum on Berlin’s Museum Island also found itself in a special moment of transition between its architectural completion and the moving in of exhibits. In response to this historic constellation, Sasha Waltz staged an extraordinary temporary “exhibition” in the empty museum building. For her project, “Dialogues 09 – Neues Museum,” she brought together dancers from fifteen years of Sasha Waltz & Guests as well as the Vocalconsort Berlin, the soloists’ ensemble Kaleidoskop and colleagues from the theater, costume and lighting design. The audience could move about freely through the rooms.

The Schering Stiftung supports the project of Sasha Waltz & Guests, which will be produced in cooperation with the Foundation of Prussian Cultural Heritage, the State Museums of Berlin, David Chipperfield Architects and the Radial Foundation.