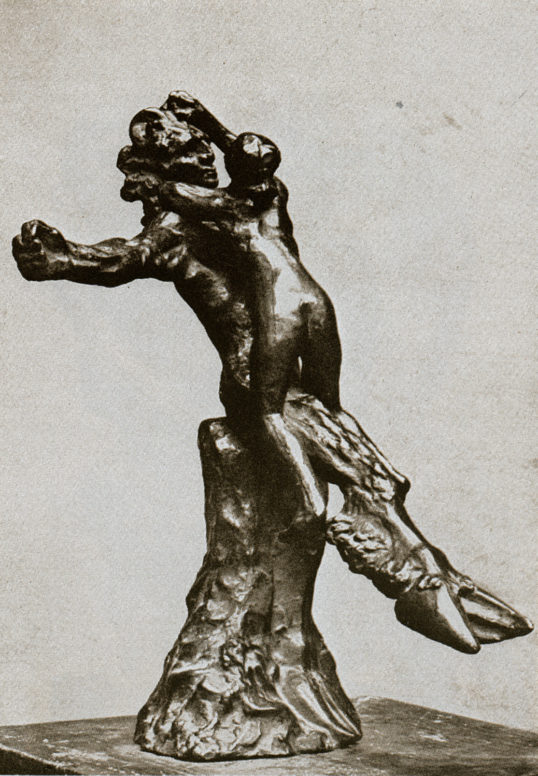 Most of the time, museums display works of art without any kind of contextual information. What visitors might miss by merely looking at an object is illustrated by an exhibition series entitled “Focus on…,” which the Schering Stiftung has supported since 2006. One by one, a total of nine works of art from the collections of the Städel Museum in Frankfurt are brought into focus and examined from a variety of scientific perspectives. From October 10, 2008, the focus will be on Auguste Rodin’s “Faun.”

The Städel Museum acquired the bronze sculpture “Faun/Le vieil arbre/Le vieux chêne,” which dates from around 1885 and is just under 40 cm high, two years before World War I from the Paris-based art dealer Eugène Druet. The exhibition at the Städel Museum, which will be on display from October 10, 2008, through March 22, 2009, examines both the theme of the bronze figure group – the wild sylvan creatures joined in uninhibited entanglement – as well as the use of assemblage (collage of sculptural objects), which is typical of Rodin’s work and which made him a key forerunner of 20th-century sculpture. In addition, the exhibition also investigates and vividly presents the acquisition and exhibition history of this idiosyncratic and irritating sculpture. The exhibition will be accompanied by a lecture on October 23, 2008, at 7 p.m.

The Schering Stiftung supports the exhibition series because of its interdisciplinary and holistic approach. “Focus on…” uses scientific findings and methods in an innovative manner to educate about art, to inspire both experts and the general public to think in new, interdisciplinary ways, and to intensify the dialogue among art, science and the new technologies.