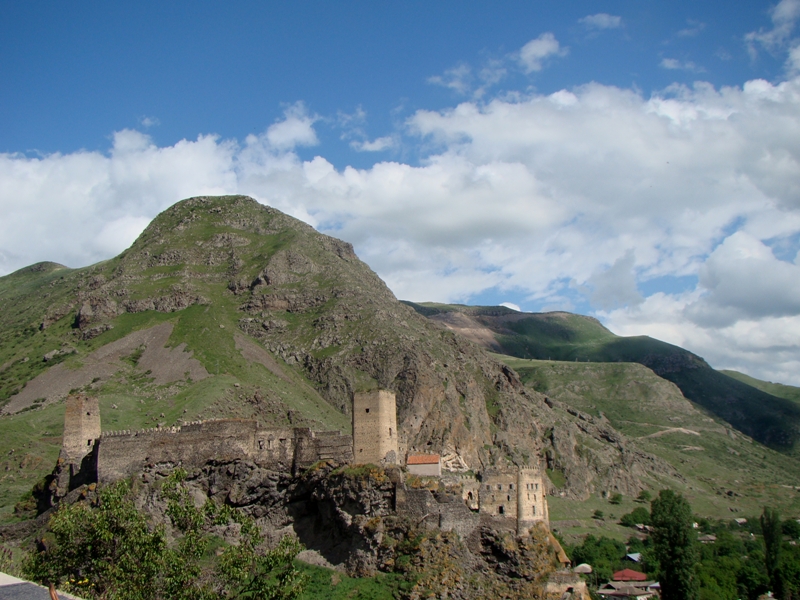 For many centuries, the Javakheti Plateau in southern Georgia has been a meeting point of eastern and western cultures, but today the region is known for being an area of conflict between Armenia and Georgia. Churches, obelisks, and historical buildings are falling into disrepair, as both the local population and politicians show little interest in preserving the unique monuments and art treasures.
The documentary film Forward into the Past by Varsenik Minasyan wants to fight against the gradual disappearance of Armenian-Georgian culture and raise the population’s awareness and appreciation of their monuments.

In the summer of 2012, the young Armenian filmmaker and her team traveled across Georgia to visit historical monuments such as the St. Hambardzum Church, whose interior is overgrown with grass and used as a playground. Her aim, however, was not merely to take stock of the architectural heritage but to get in touch with the local people to engage their interest in the sights in their vicinity.

While the interviews give voice to both Armenians and Georgians, the buildings are looked at independently of their national affiliation. The focus is rather on the buildings’ architectural, historical, and cultural value. The images are accompanied by music typical of the area. Viewers also gain insights into the customs and traditions of the region.

The documentary “Forward into the Past” is one of the three winning projects of this year’s “Culture in Dialogue” competition. Co-organized for the fifth time in 2012 by the Schering Stiftung and MitOst e.V., the competition supports cultural projects that promote the long-term relations between neighboring countries and/or the border regions in Eastern, Central, and Southeastern Europe. The jury was impressed by Varsenik Minasyan’s project because of its high standards in terms of thematic structure, artistic quality, and professionalism and because it focuses on a regionally important topic.

“Forward into the Past” is shown on TV in both Armenia and Georgia. In addition, the film is scheduled to be shown at universities and schools and can be viewed for free on the Internet.

Documentary “Forward into the Past”