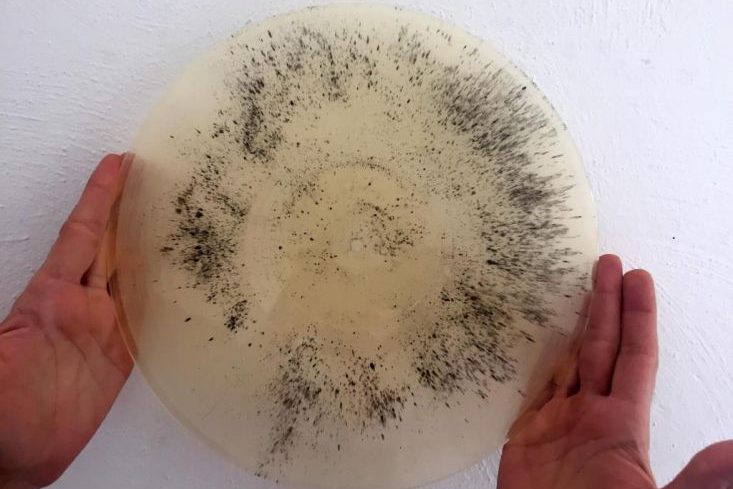 The Institut français Berlin will host the “Night of Ideas” for all who are interested in and concerned about questions of the future. Artists and scientists will offer a platform to exchange ideas. The Schering Stiftung supports this endeavor by sponsoring a performance by artists Magali Daniaux and Cédric Pigot; they will present a sound poem entitled “The Diluted Hours,” which was inspired by a trip to Alaska.

The French artist duo, who has worked together since 2001, creates experimental, artistic, and transmedia performances which include videos, sound and olfactory effects, music, poetry, and virtual works. In the last four years, Daniaux and Pigot have again and again engaged with topics that are relevant to the future: climate change; economic, political and geostrategic issues; urban development; food supply. They have presented their works at prestigious institutions and festivals in France and across Europe, including the Galérie nationale du Jeu de Paume, Paris; Palais de Tokyo, Paris; Venice Architecture Biennale; Ultima Contemporary Music Festival, Oslo; and “Qui Vive” Moscow International Biennial for Young Art. Daniaux and Pigot have won several fellowships and residencies, most recently at Akademie Schloss Solitude, Stuttgart (2015). In 2010, they were among the finalists for the Prix COAL Art et Environnement.

Questions of the future are of interest to all scientific and artistic disciplines. Climate researchers investigate the phenomenon of contemporary and future climate changes, economists produce scenarios for the development of the global economy. The future plays a role in philosophical meditations on a better world but also when it comes to developing new models in mathematics and physics. The future is present when urban researchers and architects develop concepts for the green or digital city of tomorrow and when geopoliticians think about a new world order and emerging powers. Last but not least, the future is also the subject of the work of writers and artists. The “Night of Ideas” at the Maison de France aims to inspire an interdisciplinary dialogue and conversation. Through short lectures (20 minutes), panel discussions (max. 1 hour), science films, mini lectures by PhD students (“My Dissertation in Three Minutes”), and artistic installations and performances, the “Night of Ideas” presents a varied, serious yet playful program around questions of the future.