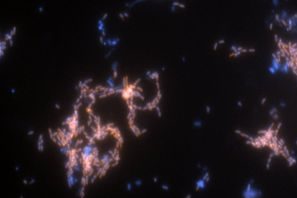 The Max Planck Institute for Marine Microbiology in Bremen has won the 10,000-euro “Science Interactive” competition. The winner project takes visitors on a trip through the world of bacteria. At four interactive stations, they learn what role the microorganisms play for life on earth and how they can be used, e.g., to produce and convert substances. Teams from Bremen, Münster, and Leipzig travelled to the Science Summer in Lübeck to submit their entries to the audience vote.

In March, a high-ranking jury met to select the three finalists from the pool of applicants. Besides the Max Plack Institute from Bremen, these two projects were presented:

Life and Work of Urban Trees

With its “Tree Flat Rate” project, the Network Forum for Biodiversity Research at the Helmholtz Center for Environmental Research in Leipzig makes visible what urban trees do and shows their economic value. At an experiment station, the visitors can subscribe to individual services of the tree, along the lines of an individual cell phone contract, and thus experience the many and diverse functions that trees perform in the city.

The Institute for Geoinformatics at the University of Münster enters the race to win the audience award with its “Triangle of Sustainability,” which takes as its subject is the ongoing deforestation of the Amazon rainforest. Visitors will learn not only about the direct and indirect ecological consequences of deforestation, but also about the reasons for cutting down the earth’s “green lung.”

Organized by the Science in Dialogue initiative and the Stifterverband für die Deutsche Wissenschaft and supported by the Schering Stiftung in 2011 and 2012, the “Science Interactive” competition was held for the fifth time already. Teams of young scientists and PR experts were invited to submit ideas for an interactive exhibit designed to provide the public with a clear and vivid explanation of scientific topics. This year’s competition focused on sustainability research.