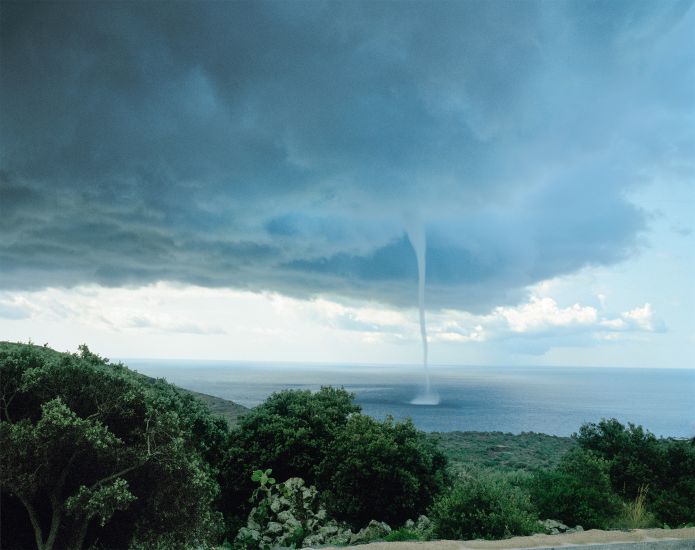 The Anthropocene Project. A Report

The Anthropocene Project. A Report

30.09.2014, Berlin | The limitations of  traditional methods of acquiring knowledge have brought mankind to an impasse. The inextricable link between industrial metabolism, climate change, urbanization, soil erosion and the extinction of species, as well as a new social consciousness and self-confidence have shown that the rapid re-alignment of cause and effect, means and end, quantity and quality requires a new approach to knowing and interpreting the world that is not governed by postmodern discourse but material interconnections and processes. It takes a new sense of amazement at the wonders of Planet Earth: What can we do, how can we gain knowledge – and how are the two connected? With what means, methods and senses can we engage with a world of our own creation? In A REPORT, an extensive program of events that concludes the Anthropocene Project, the HKW – Haus der Kulturen der Welt, will be exploring precisely these questions as of October 16, 2014.

The core of the program is the long opening weekend with A Matter Theater and exhibitions by Adam Avikainen, The Otolith Group and the Anthropocene Observatory. A Matter Theater explores and negotiates knowledge and perceptual practices: international artists, theorists and scientists localise the effects of human activity within the dynamic structure of material cycles and earth states, geo-historical events and planetary techniques.

However, A REPORT includes more:

The four volume publication “Textures of the Anthropocene: Grain Vapor Ray” takes the materiality of the world by its word – in the form of the Particular (Grain), the Volatile (Vapor) and the Radiant (Ray): A selection of historic texts from Hippocrates to Borges, an archive of reflections on objects and their transformation, commented on and extended by contemporary authors. The book forms the material and theoretical framework for A REPORT and will be presented here for the first time.

The Anthropocene Working Group, established by the International Commission on Stratigraphy, is contributing to science history, developing a proposal for the ratification of the Anthropocene as a geological epoch.

The media competition Future Storytelling is looking for cross-media narrative strategies which do justice to the Anthropocene thesis; the best projects will be premiered as part of A REPORT. An online Encyclopedia provides a list of the most important terms of the Anthropocene Project and its online material.

The publication series “intercalations: a paginated exhibition“, initiated by the curators’ network Synapse, examines the potential of the book as a form of exhibition, questioning traditional dialectical categories such as man/nature, human/non-human, subject/object. The first volume will be published in October.

And in November the Anthropocene Campus will be launched, presenting the current status of the Anthropocene Curriculum: a model project for knowledge production in cooperation with the Max Planck Institute for the History of Science.

The Schering Stiftung supports the “Anthropocene Project,” since it is aimed at the scientific and artistic explorations of the many dimensions and implications of the Anthropocene in relation to processes of knowledge production and communication, thus following an approach that is near and dear to the Foundation’s heart.