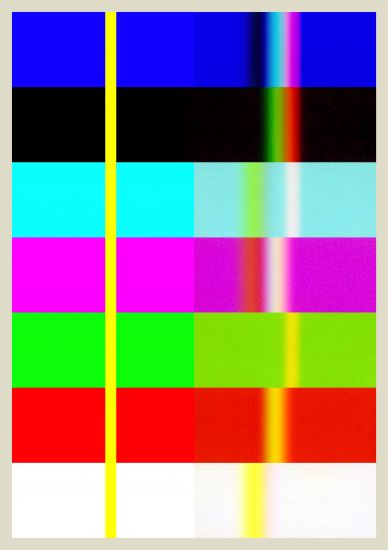 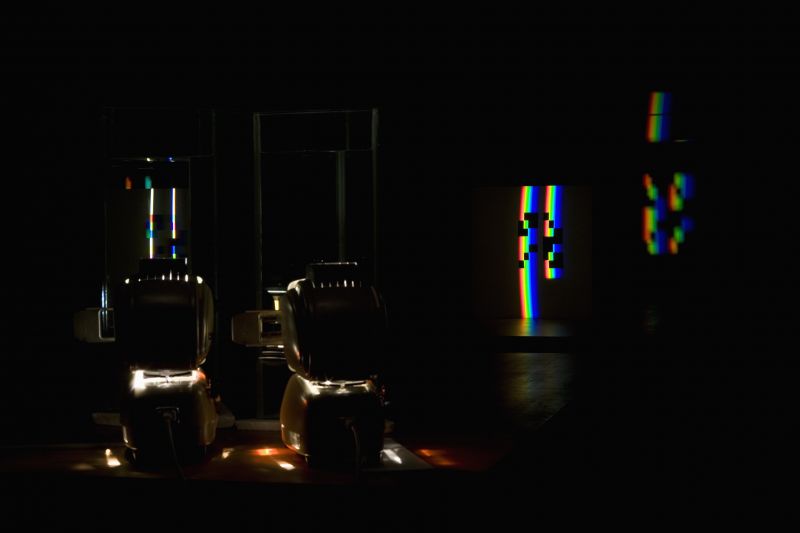 Is sunlight composed of different colors and is it refracted into rays of different colors? This discovery by Isaac Newton, taught unquestioningly in physics classes today, was already vehemently challenged by Johann Wolfgang von Goethe in 1810, the year of the publication of his “Theory of Colors,” and has since been hotly debated by both scientists and artists. Two exhibitions, which will open in Berlin on September 4 and 8, 2010, will make it possible for visitors to relive the famous color debate between Goethe and Newton and will re-open the debate through spectacular light installations using state-of-the-art optical equipment.

In the exhibition “Working Shade . Formed Light,” which will open on September 8, 2010, at 7 p.m., artist and philosopher Ingo Nussbaumer will present his intensive exploration into the insights of Newton and Goethe; he playfully translates the insights gained from spectral light phenomena into big water prism installations. Through innovative optical experiments and complex experimental set-ups, the Austrian artist shows the surprising constellations of colors that can be elicited and the great diversity of the irregular, unexpected behavior of light colors. “For decades, Ingo Nussbaumer’s work has alternated between real materials and imaginary color spaces, between constellations and fragmentations, between scientific research and artistic action.”(*) By sponsoring the exhibition, the Schering Stiftung once again supports an artist who works at the interface of science and art.

In 2010, Johann Wolfgang von Goethe’s “Theory of Color” – just like Berlin’s Humboldt University – celebrates its 200th anniversary. On the occasion of this double anniversary, the university juxtaposes Ingo Nussbaumer’s art project with a purely scientific experimental set-up, which allows the visitors to re-enact Newton’s and Goethe’s experiments in an experimental lab set up by physicists Johannes Grebe-Ellis and Matthias Rang. In addition, the serial color light objects by Ingo Nussbaumer are complemented by a colored shade intervention by artist Hubert Schmidleitner, entitled “Colored Shades.”

Additional information is available at:

Additional information is available at:
www.experimentum-lucis.de