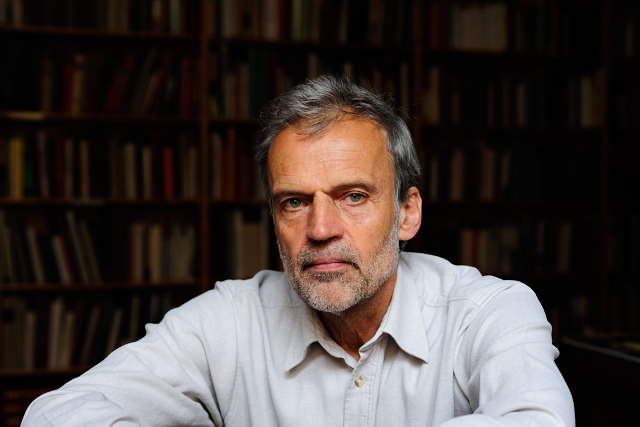 Looking Back to Look Forward

Looking Back to Look Forward

Horst Bredekamp, long-time professor of art history at Humboldt University and one of the most renowned art historians in the world, will be honored by a festive retirement conference organized by the Institute of Art and Visual Studies and the university’s president’s office. Entitled “Looking Back to Look Forward,” the conference pays tribute to his groundbreaking work in the past and present. Professor Bredekamp will enter another creative period as a member of the foundation committee of the Humboldt Forum and will continue to serve as a spokesperson of the “Image Knowledge Gestaltung” cluster of excellence.

Horst Bredekamp (born April 29, 1947, in Kiel) studied art history, archaeology, philosophy and sociology in Kiel, Munich, Berlin, and Marburg. In 1974, he finished his studies in Marburg with an outstanding dissertation on iconoclasm. Before moving to Humboldt University in Berlin, he was professor of art history at the University of Hamburg from 1982 until 1993. Other milestones include the Institute for Advanced Study, Princeton (1991), the Getty Center, Los Angeles (1995 and 1998), the Collegium Budapest (1999) and the Gadamer Chair in Heidelberg (2005). From 2003 until 2012, he was a Permanent Fellow at the Institute for Advanced Study in Berlin. Since 2004, Bredekamp has been a member of the Berlin-Brandenburg Academy of Sciences and Humanities and the Leopoldina – German Academy of Sciences in Halle, and, since 2003, a member of the Foundation Council of the Schering Stiftung. He has received multiple awards and prizes, most recently the Pour le Mérite (2014).

For two decades, Horst Bredekamp has significantly contributed to the cultural scene in Berlin: through his participation in international research projects and public debates, but also in his capacities as long-term dean and chair of Humboldt University’s Institute of Art and Visual Studies, as one of the spokespersons of the “Image Knowledge Gestaltung” cluster of excellence, and not least as a member of the Foundation Council of the Schering Stiftung, where his wide-ranging thinking across time periods and sectors and accurate judgment have always served to support the artistically and scientifically most radical projects. We thank him cordially for his extraordinary commitment and it is with our most heart-felt appreciation that we support the festive ceremony in his honor at Humboldt University Berlin.