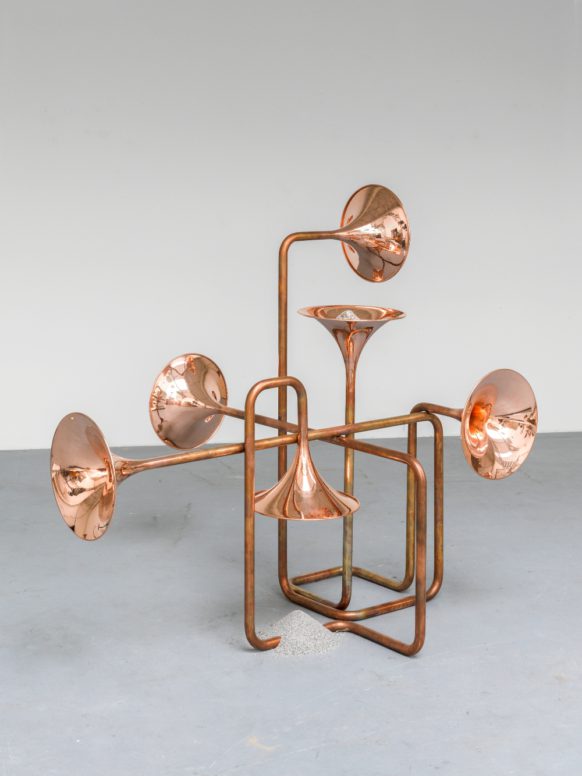 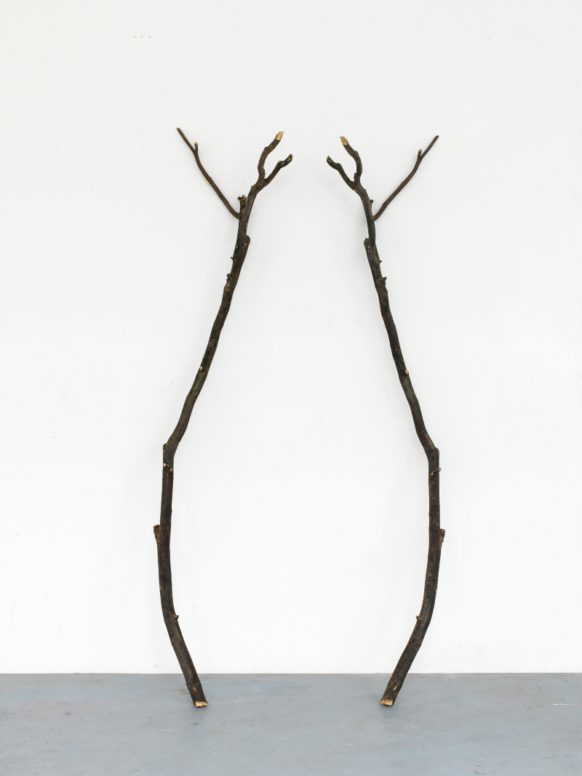 Monologue from the 11th Floor

Monologue from the 11th Floor

The Haus am Waldsee will present the exhibition “Alicja Kwade – Monolog aus dem 11ten Stock.” “Our notion of reality is a deception. Predictability is speculation. Locations and time are relative.” For more than a decade, Alicja Kwade has explored these philosophical insights in her sculptural work. Probing questions of astrophysics and philosophy, she employs simple means to uncover several layers of reality.

Two branches stand in a corner. Various precious metals are stacked on the floor, like statistics blocks. Boulders and rocks flood into the exhibition space. But can nature produce two identical branches? Is the metal’s value today the same as it will be tomorrow? Kwade does not intend to deceive the viewer. Rather, she wants to reveal the illusions to which he is constantly subjected. How could something be certain and predictable in a universe which is dynamic and changeable down to its tiniest particle? And yet our current economic system rests on the promise of absolute certainty. Advertising and media cannot know the future. Instead they create phoney certitudes, subtly exploiting people’s fears for the future for their own gain. Dealing with these topics by artistic means, Alicja Kwade illuminates, by way of analogies, current consumerist thinking and present-day mental frailties.

A catalogue in German and English featuring an introduction by Katja Blomberg will be published in October 2015.

Supported by the Capital Cultural Fund, the Schering Stiftung, and the District Council of Steglitz-Zehlendorf of Berlin; additional funding by the Governing Mayor of Berlin – Senate Chancellery – Cultural Affairs, and the association Friends and Supporters of Haus am Waldsee e.V.