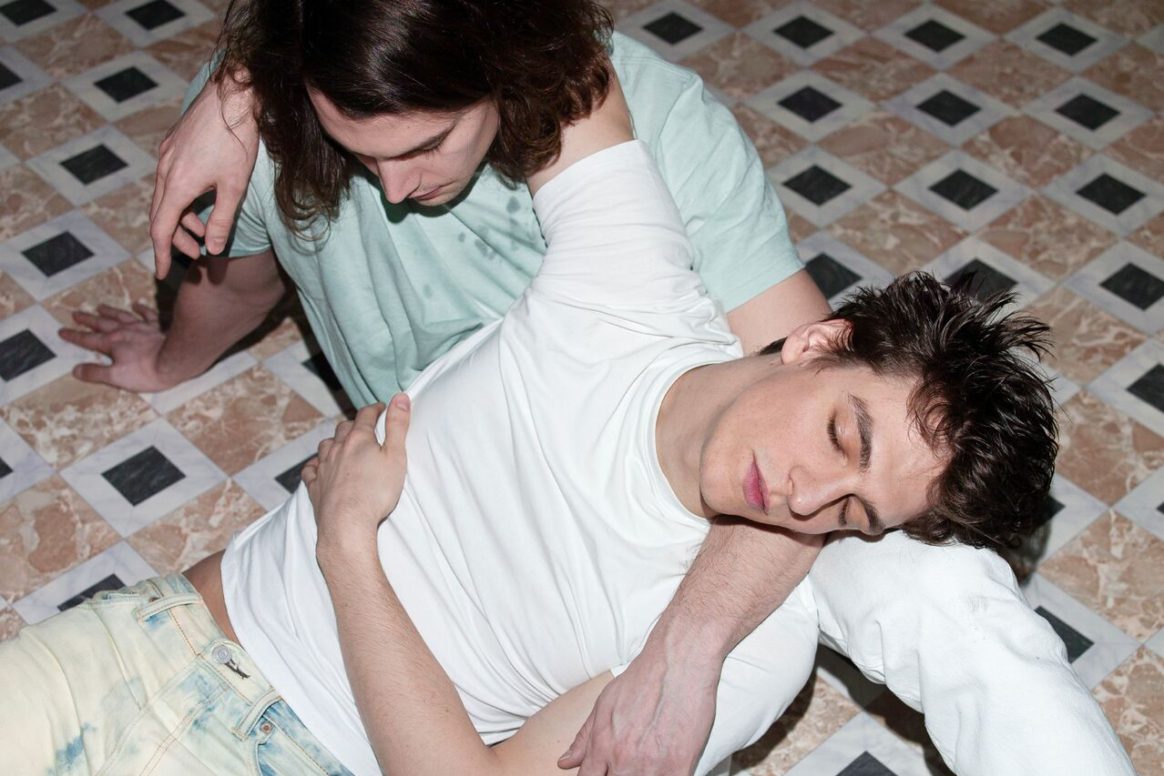 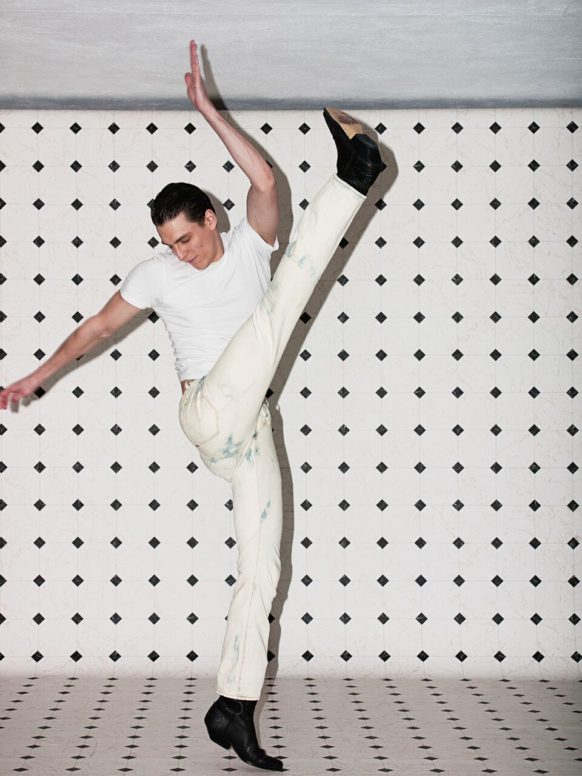 A Project of documenta 14

For the choreographer Alexandra Bachzetsis, the communication systems that define our modern culture – pop music, the mass media, and the Internet – are the true sources of modern and contemporary dance.* At the invitation of documenta 14, Bachzetsis has developed a new work which has already been shown in Athens, Kassel, and Basel. Now it will be presented at the Volksbühne in Berlin.

Alexandra Bachzetsis deals with social norms that control gestures, both in everyday life and onstage. In her work “PRIVATE: Wear a mask when you talk to me” (2016), Bachzetsis brings together bodily postures from yoga, porn movies, soccer, and other areas to record, through the ritualistic repetition of gestures, the creation of gender and desire under neoliberal conditions.* This work forms the starting-point for her new project “Private Song” for documenta 14. “Private Song” draws on, among other things, the rebetiko, a musical style combining Greek folk music and the Ottoman musical tradition. It is not only in Oriental coffee shops that gender-specific practices seem to be determined by a traditional division of labor: most instrumentalists have always been male, while singing and dancing were performed by women. This led to a separation of music and dance, composition and physical performance, mind and emotion. Based on critical observation and modern and contemporary dance, “Private Song” questions the social and collective construction of feelings and gender-specific behavior, from the norms of the rebetiko all the way to contemporary mass culture.

(*) The text cites several passages from a text by Paul B. Preciado about Alexandra Bachzetsis, which will be published in the documenta 14: Daybook.