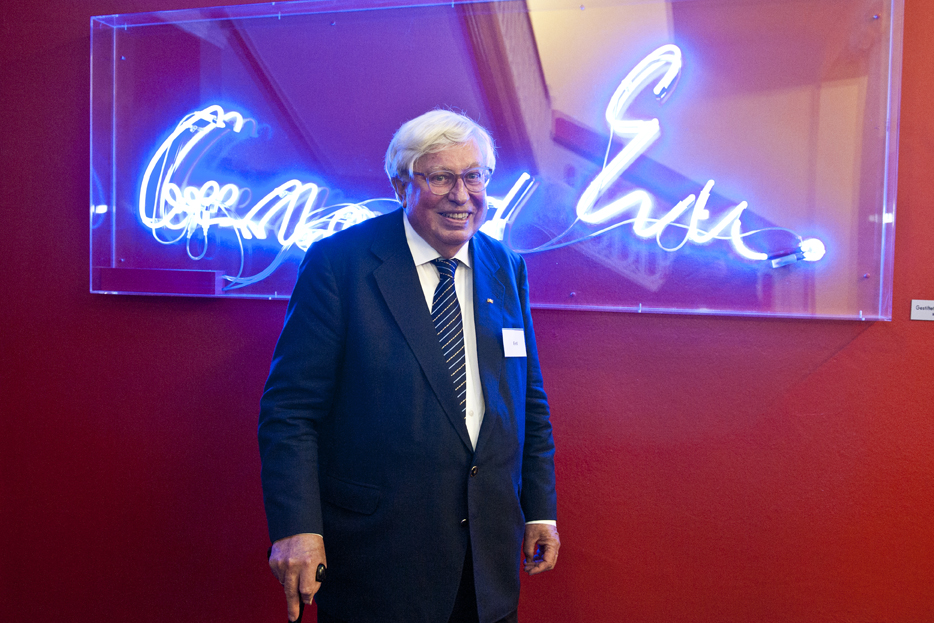 for and with Gerhard Ertl

for and with Gerhard Ertl

In celebration of the 78th birthday of physical chemist Gerhard Ertl, winner of the 2007 Nobel Prize in Chemistry, the UniCat Cluster of Excellence, together with the Collaborative Research Center 910 at the Technical University of Berlin, invite you to an extraordinary concert.

Ertl, one of the outstanding catalysis researchers worldwide, has always had a great passion for music and is an enthusiastic pianist. The program consists exclusively of works composed by Wolfgang Amadeus Mozart, a particular favorite of Ertl’s: Misericordias Domini (K. 222), the Jupiter Symphony (K. 551) and the Concerto No. 7 for Three Pianos (K. 242), which Mozart composed in Salzburg in 1776. Ertl himself will play the third piano part. He will be accompanied by the New Prussian Philharmonic and the Berlin Oratorio Choir under the direction of Thomas Hennig from the Berlin University of the Arts.

This celebratory concert with and for Gerhard Ertl brings together science and music in a particularly harmonious way. The Schering Stiftung is pleased to contribute by funding the concert.