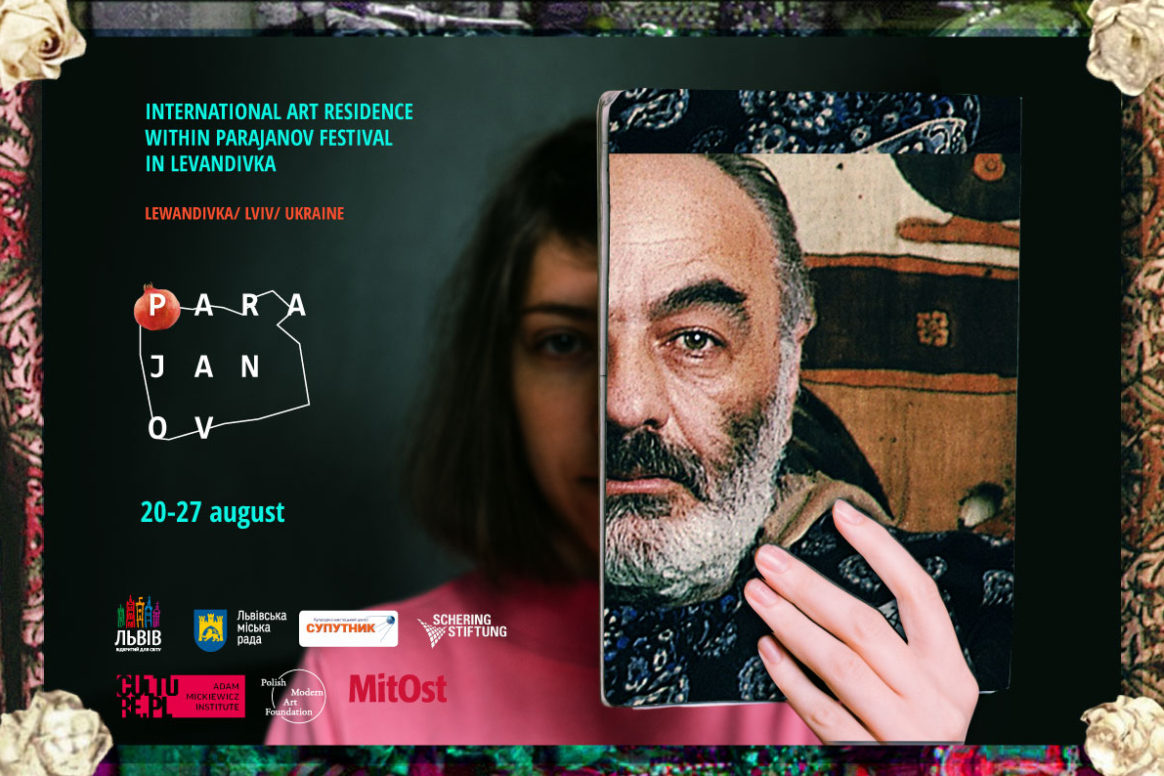 The international Parajanov Festival, was conceived specifically for the Levandivka neighborhood in Lviv – a former industrial district, which today is home to more than 120,000 people from different nationalities and generations living far from the center of the Ukrainian city. The Parajanov Festival for the promotion of intercultural dialogue and contemporary art is one of the two winning projects of the 2017 kultur-im-dialog.eu+ competition, which is held annually by MitOst e.V. and the Schering Stiftung.

Sergei Parajanov (1924–1990) was equally at home in the Georgian, Armenian, and Ukrainian culture and is one of the best-known directors of the twentieth century. While his films are internationally acclaimed for their visual intensity, at home he was treated with hostility for his critical film content until the early 1980s, banned from working and imprisoned several times. In the post-industrial, multi-ethnic outskirts of Lviv, the Parajanov Festival wants to revive the work and philosophy of the great director. A mix of art event and education platform, the Festival inspires residents (mostly young people) to engage in conversations and activities with Parajanov’s collaborators and with both national and international artists. The festival will feature film screenings, readings, workshops, and interventions, as well as an extensive education and discussion program for children and adults at the Sputnik cultural center and at Levandovski Park.

As part of the festival, artists from Ukraine, Poland, Georgia, Armenia, Moldavia, and Azerbaijan are invited to participate in the international artist-in-residence program “Shadow of Freedom” (taking its title from Sergei Parajanov’s film “Shadows of Forgotten Ancestors”). The residency is curated by Victoria Danelyan, a psychoanalyst and founder of the Museum of Dreams in Kiev, and Sarmen Beglarian, a visual art expert who has facilitated the collaboration of the Parajanov Festival with the Adam Mickiewicz Institute in Warsaw.