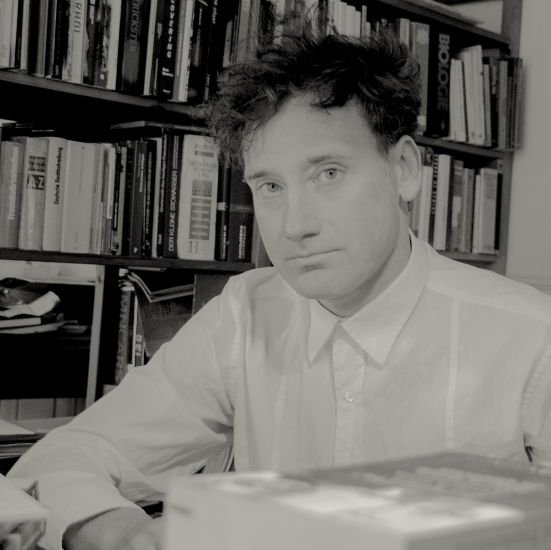 Panel as part of transmediale 2015

Panel as part of transmediale 2015

For further information, see the website of transmediale 2015 CAPTURE ALL: http://www.transmediale.de/de/content/made-to-measure

Transmediale 2015 CAPTURE ALL, in cooperation with the Schering Stiftung, organizes the panel “Made to Measure” at the Haus der Kulturen der Welt. Based on Revital Cohen and Tuur Van Balen’s performative installations, provocative objects and aestheticized documentary films shown in the exhibition “assemble | standard | minimal,” which is currently on display at the Project Space of the Schering Stiftung through May 3, 2015, the artists join curator Jens Hauser, philosopher of science Tobias Cheung and media theoretician Paul Feigelfeld to discuss the impact of standardization and engineering logics applied to living systems in the cultural contexts of the West and the East.

As soon as “mechanization takes command,” to quote Sigfried Giedion’s 1948 phrase, measuring living systems goes hand in hand with organisms made to measure. Since the motion studies conducted by Etienne Jules Marey and Frank and Lilian Gilbreth, standardization, interchangeability and the hierarchization of parts have increasingly transformed creatures into commodities. And just as the biological sciences today shift their focus from analysis to synthesis, the resulting language of engineering focuses less on living beings than on ‘components’ or ‘circuits.’ But hasn’t the very notion of organization itself always played a role in the concept of what accounts for an organism? What historical driving force is behind today’s biobricks, mackerels engineered to produce tuna, or eggs frozen for female employees in Silicon Valley? And how do artists deal with their posture of complicity when manipulating living systems? On January 29, 2015, at 7 p.m. the participants of the panel  “Made to Measure” at the Haus der Kulturen der Welt will discuss these and other questions based on Revital Cohen and Tuur van Balen’s new works “Sterile” and “Sensei Ichi-gō,” which can be seen at the Project Space of the Schering Stiftung from January 23 to May 3, 2015. The exhibition shows albino goldfish without reproductive organs, as well as a machine in stand-by mode capable of extracting sperm and eggs in order to reproduce sterile fish to demand.

A project of transmediale 2015 CAPTURE ALL in cooperation with The Arts Catalyst and Schering Stiftung, supported by the Daiwa Foundation and part of the European Commission FP7 funded project KiiCS.

The exhibition uses artworks, research projects, archival materials and interventions to track our journey through the world of work, from clocking on at the factory gates to checking in online from our home office.