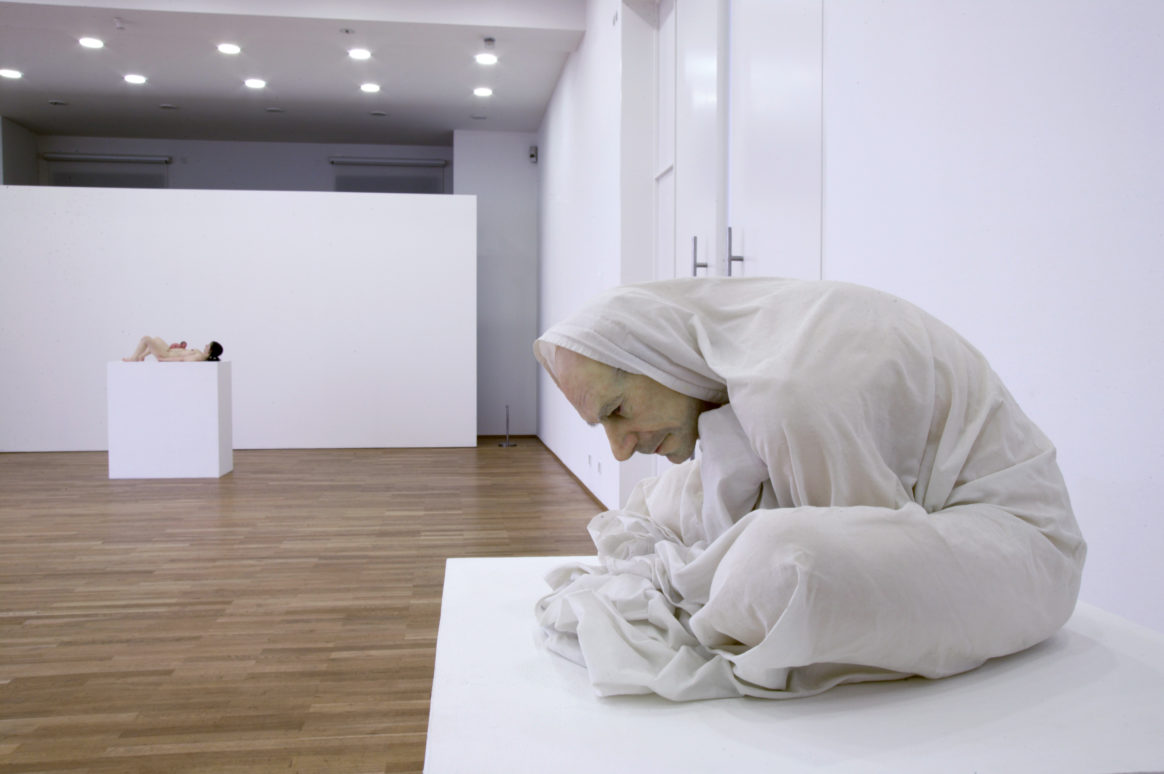 Return of the Human Being – exhibition by Ron Mueck

Return of the Human Being – exhibition by Ron Mueck

The truth can be unsettling. This will become apparent to everyone who lets him/herself be seduced by Ron Mueck’s sensational exhibition of hyperrealistically portrayed figures to transgress the boundaries that are generally in place to safeguard the privacy of othersand to save us from recognizing our ordinariness. The tremendous artistic force of Mueck’s sculptures does not derive from their technical perfection, but from the non-perfection of their object: the human being.

The unsettling nature of this designed truth about birth and becoming, decline and death guarantees the success of artistic work. By radically departing from the traditions of idealization or criticism on the one hand and abstraction on the other hand, Ron Mueck returns to art its core: the human being itself. The Australian artist became instantly famous with his “Sensation,” a travelling exhibition of the Royal Academy of Arts, which was on view in the Hamburger BahnhofMuseum für Gegenwart in Berlin in 1998. His monumental sculpture “Boy” created a stir at the Venice Biennale in 2001.

From September 10 through November 2, 2003, the Berlin National Gallery hosts the artist’s first solo show in Germany in the Hamburger Bahnhof with support from the Schering Stiftung. The exhibition presents primarily more recent works, created in 2001 and 2002 during his stint as “Artist in Residence” at the National Gallery in London, including the larger-than-life representations of a self-absorbed “Pregnant Woman” or “Man in a Boat” (both 2002). On view are also older works such as “Man in a Sheet” (1997) and “Shaved Head” (1998). “Mask II,” a larger-than-life self-portrait of the artist, was created in 2001.

Mueck refined his technical skills during his work for film studios, where he created life-like simulations in the “Special Effects” department. His materials include fiberglass and silicon, but also animal hair and even animal blood. In spite of his work for the film industry, Mueck is probably closer to classical art than to the representation forms of modern media. During his two years as “Artist in Residence,” he dealt intensively with the masters of the Renaissance. Thus hardly any exhibition visitor will remain untouched by his unique representation of the ancient Christian motif of the birth of Jesus, entitled “Mother and Child.”