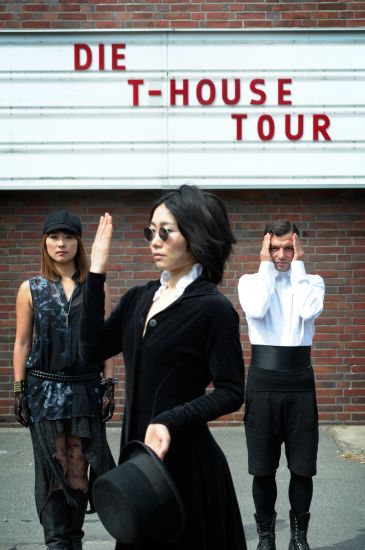 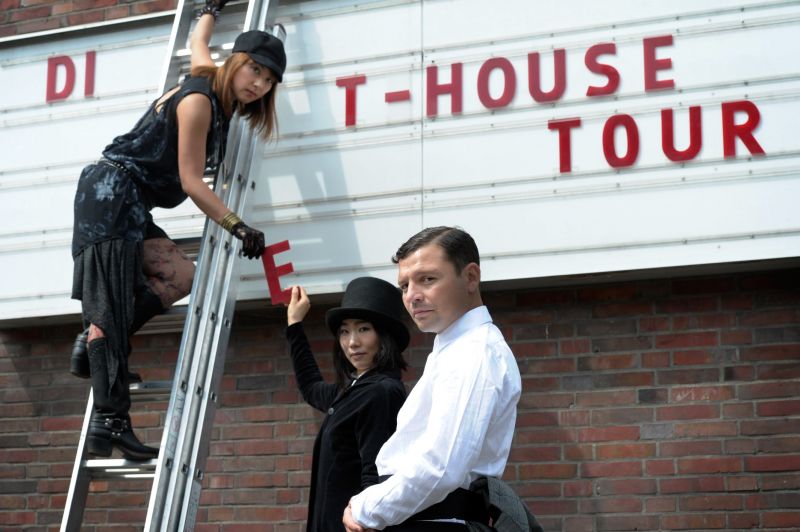 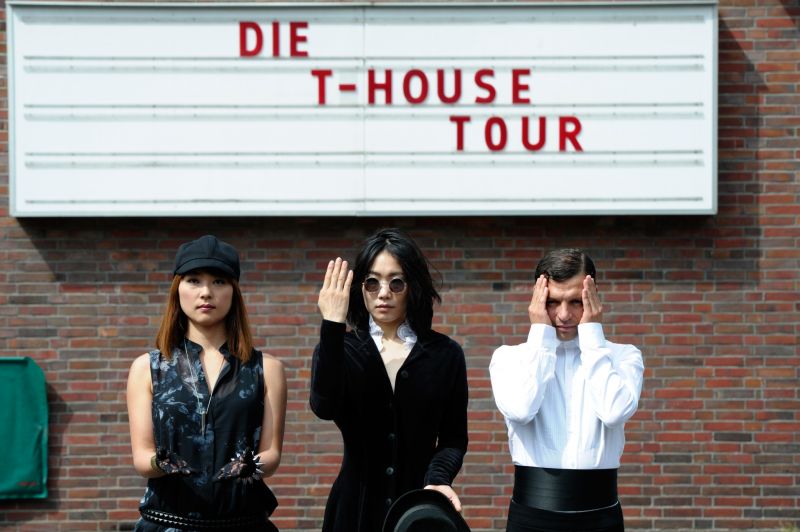 Further information please find on the Website by Novoflot

Tickets (15 – 26 Euro) for the T-HOUSE TOUR opening can be ordered via Radialsystem V.

In cooperation with an international group of guest musicians, the Berlin opera company NOVOFLOT will experiment with the existing forms and structures of musical theater in their new project T-HOUSE TOUR . Made up of Chinese, Japanese and European musicians and performers, the collective will generate a particular sort of encounter between the audience and the actors on stage at a tea house especially designed by Graft architects. Beginning with a composition by the Swiss percussionist and composer Michael Wertmüller and a subsequent dramatic and musical improvisation in constant exchange with the audience, the T-HOUSE TOUR sees itself as a citywide production that evolves over the course of several months. From January 16-18 Novoflots present its T-House-Tour at Pariser Platz in Berlin-Center.

Not a day goes by without reports about the imminent closure of a cultural institution. Questions about the future of institutional cultural establishments are not new. And yet little thought is put into models of prospective, non-stationary cultural proposals beyond festivals and guest performances. With their new project T-HOUSE TOUR the Berlin opera company Novoflot is attempting a pilot exercise of possible forms and structures of musical theater in motion. The T-HOUSE TOUR is not a production in the strict sense of the word. It is an improvisational work in progress about forms of musical theater that do not depend on the organizational and spatial circumstances of a single institution, but adapt to where they appear.

The 11-year-old independent opera company NOVOFLOT already established itself as the founder of a new opera format with the multi-part operatic saga “Kommander Kobayashi”. “With an ever-changing cast of outstanding singers, musicians and actors, the ensemble surprised viewers with unique experimental formats, world premieres and new interpretations of forgotten works,” announced the Performing Arts Fund in its explanation for awarding the George Tabori Prize to NOVOFLOT in May of 2014. With its newest production, the ensemble ventures to chart out a potential development for the established opera scene. The project sounds promising and corresponds to the mission of the Schering Foundation to support artists who explore new directions and achieve pioneering work. After the world premiere of “Kommander Kobayashi” in 2005, we are very happy to again support a new, exciting and uniquely unpredictable opera production by NOVOFLOT.

Funded by the Governing Mayor of Berlin – the Senatskanzlei – Cultural Affairs, the Capital Cultural Fund and the Schering Foundation.

The project T-HOUSE TOUR by the Berlin opera company Novoflot is an improvisational work in progress of possible forms and structures of musical theater, that adapt to where they appear.

With its "T-HOUSE-TOUR" the opera company "Novoflot" will appear in a public space for the first time to present new aspects of possible forms and structures of a musical theater in motion.