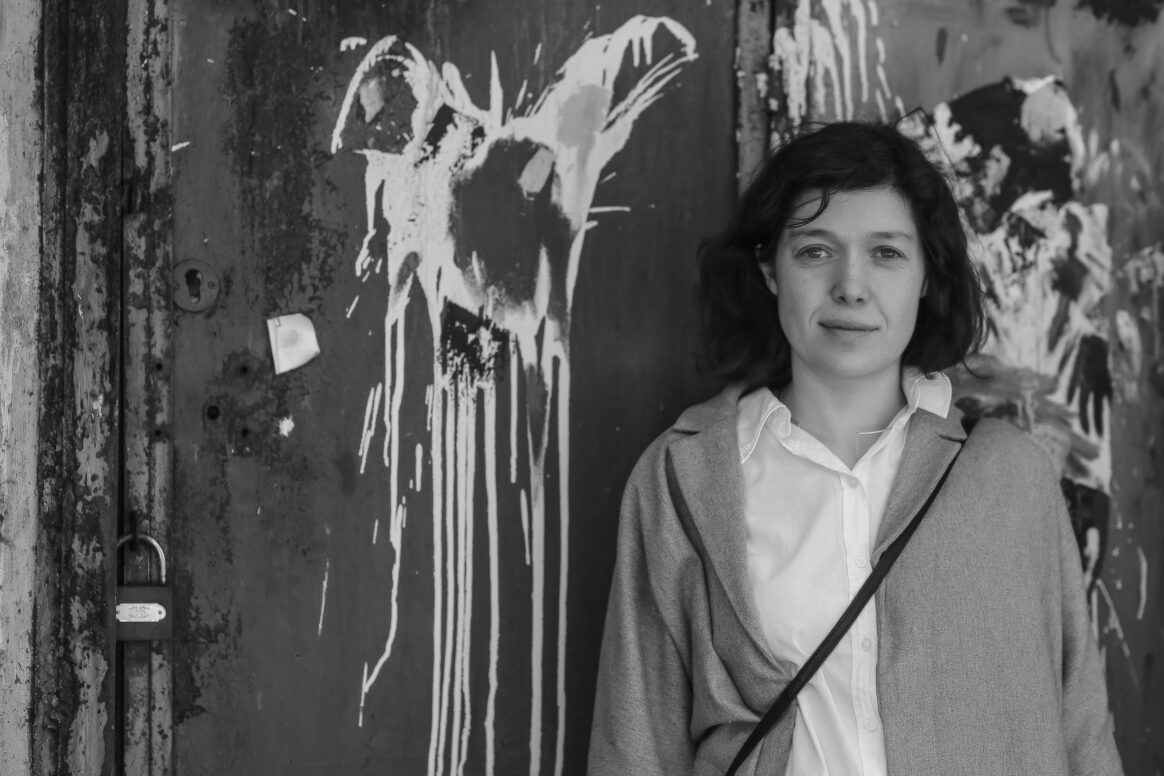 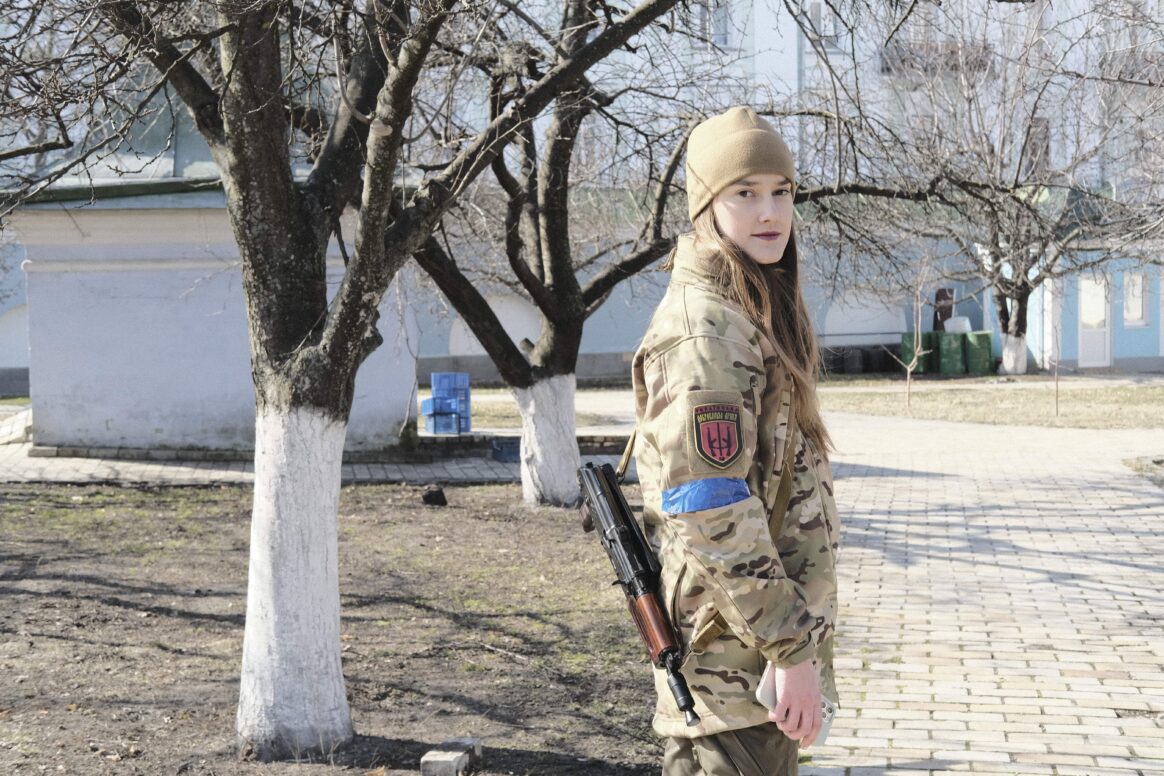 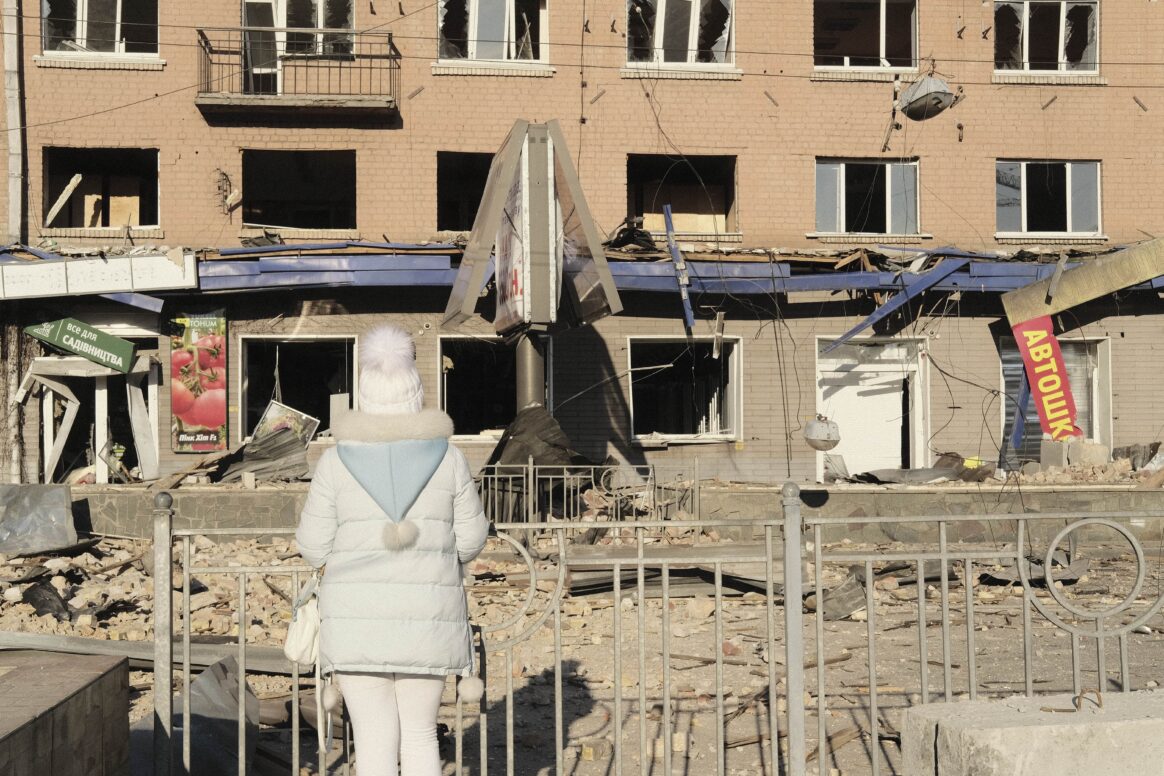 For years, her artistic and literary practice has focused on the political situation in Ukraine. In 2013, she captured the Maidan Uprising in Kyiv in impressive black-and-white photographs. Between 2014 and 2019, she repeatedly traveled to eastern Ukraine to investigate and describe everyday life in times of war. Her research, her photographic works, and her writings have combined to form a unique style bringing together photography and text. In recent years, Belorusets has presented ambitious long-term photography projects. These include Gogol Street 32 showing the residents of a communal apartment building in Kyiv during their daily activities in a slowly disintegrating environment, and Victories of the Defeated, for which she visited Ukrainian coal mines near the war zone in the eastern Ukrainian Donbas region between 2014 and 2016 to study the workers’ lives against the background of the military conflict. Her recent publications include the books Anfang des Krieges (Beginning of war; Matthes & Seitz, 2022), Modern Animal (Isolarii, 2021), and Glückliche Fälle (Happy cases; Matthes & Seitz, 2019).

For the jury members, Belorusets’ work is of outstanding importance in light of the Russian war of aggression against Ukraine and thus merits particular attention. The Special Award is designed to support the artist-cum-author in her artistic and literary work, facilitate planned and future projects, and help make her work more widely known.

Venue: German Bundestag
Platz der Republik 1
11011 Berlin
To participate at the award ceremony on February 23, you must register by e-mail between February 6 and February 17, stating your full name and date of birth to kunst-raum@bundestag.de. Admission will be from 5 p.m. via the south entrance of the Reichstag building upon presentation of an identity card. We ask for binding registration, because access is limited.

“In the work of the Ukrainian photographer, journalist, and writer Yevgenia Belorusets, images and stories combine to form an inseparable unit. Since the start of the Russian assault on Eastern Ukraine in 2015, Belorusets has developed a literary-documentary approach bringing together photographic evidence and personal stories, own observations and social media commentary by others. The focus of her comprehensive research and sensitive observations, which also encompasses the situation in the Ukrainian capital since the Russian attacks on February 24, 2022, is on how the war seeps into the fabric of everyday life in Ukraine. With poignant perspicuity as well as empathetic discretion, Belorusets makes tangible the emotional reality of the people living in Ukraine.”

Artist, Director of Graduate Studies for Graphic Design at Yale School of Art

Nontsikelelo Mutiti is a Zimbabwean-born visual artist and educator. She is invested in elevating the work and practices of Black peoples past, present, and future through a conceptual approach to design, publishing, archiving practices, and institution building. Mutiti holds a diploma in Multimedia from the Zimbabwe Institute of Vigital Arts (ZIVA) and an MFA from the Yale School of Art, with a concentration in Graphic Design. Mutiti is the Director of Graduate Studies for Graphic Design at Yale School of Art. She has held academic positions at Zimbabwe Institute of Vigital Arts (ZIVA), SUNY Purchase College and VCUart at Virginia Commonwealth University.

Sinthujan Varatharajah is a political geographer and essayist who researches and writes on statelessness, spatiality, and geographies of (im)power. In 2020, Varatharajah's exhibition "how to move an ark" was part of the 11th Berlin Biennale for Contemporary Art." Varatharajah's first book "to all the places that lie behind us" will be published by Hanser Verlag in September 2022.

Since 2019, Clara Herrmann has been head of the JUNGE AKADEMIE, the international artist-in-residence programme of the Akademie der Künste, Berlin, with residencies in Berlin (Germany) and Olevano (Italy). For the JUNGE AKADEMIE, she developed the programme Human Machine and initiated the project AI Anarchies with a fellowship programme, Autumn School and exhibition. She is a member of the advisory council of Gesellschaft für Künstlerische Forschung. Herrmann coordinated the Digital Solitude programme of Akademie Schloss Solitude, Stuttgart, from 2015-19, where she founded and curated the project Web Residencies with guest curators, including Morehshin Allahyari, Tatiana Bazzichelli, Nora O Murchú, and Mary Maggic. She was a research associate in the department for cultural management at the European University Viadrina in Frankfurt (Oder) and is co-publisher of the anthology Der digitale Kulturbetrieb. Clara Herrmann studied literature, law and arts management in Berlin, London and Frankfurt (Oder).

(with support from the State of Berlin)