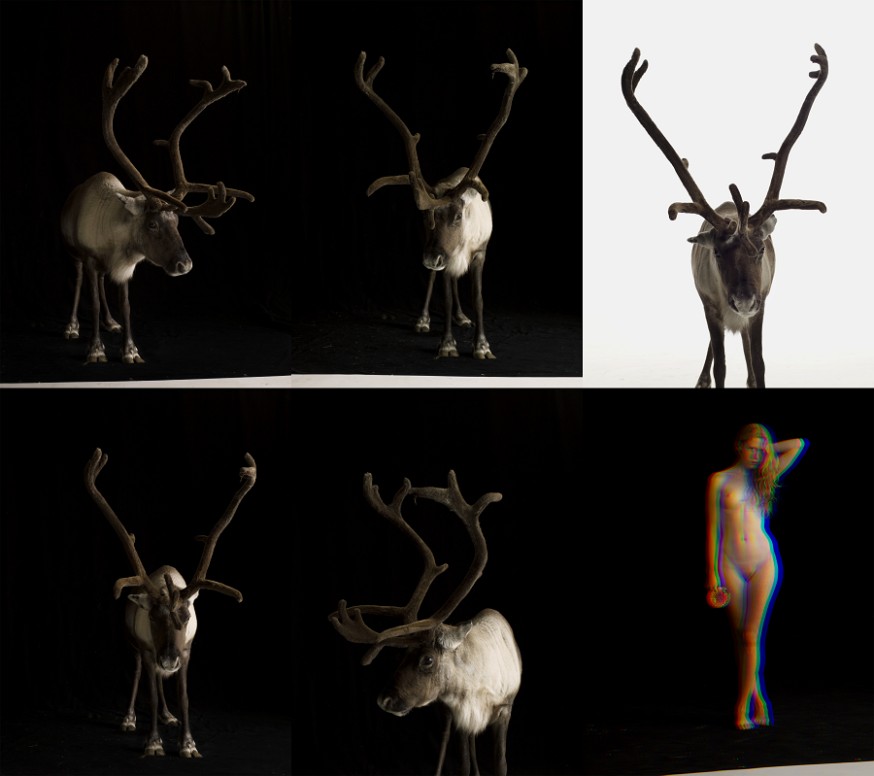 For more information please consult the website of the SOMA exhibition.

Carsten Höller’s exhibition “Rentier im Zöllnerstreifenwald,” on display at the Project Space of the Schering Stiftung, is a cooperation with the Berlin National Gallery. In the context of his extensive solo exhibition, SOMA, at the National Gallery’s Hamburger Bahnhof – Museum for Contemporary Art, Berlin, the artist developed his new work Rentier rot-grün (Reindeer red-green) for the Schering Stiftung, continuing his artistic exploration of the phi-phenomenon, which he began in 2001.

After the exhibition closes, the Schering Stiftung will donate the work Rentier rot-grün as a gift to the collection of the National Gallery Berlin. The Foundation also supports the more extensive presentation of Carsten Höller’s work at the Hamburger Bahnhof. As part of its focus on “artistic research,” the Schering Stiftung thus seeks to honour an artist who is one of the most important international artists working at the interface with science and who already in the early 1990s began to realize the experiment as a process in his artistic works.

From November 5, 2010 to February 6, 2011, the Hamburger Bahnhof – Museum for Contemporary Art, Berlin, shows Carsten Höller’s solo exhibition SOMA. In search of fulfilment, Höller explores the myth of Soma, a salutary potion promising knowledge, immortality, and access to the sphere of the divine. Before the suspector’s face, the artist develops a room-filling “tableau vivant“ between science and art, that confronts the visitors with questions, which the human beings are dealing with since time immemorial—just also in their artistic productivity: What kind of welfare promise is immanent in the art? Which role does the science have in our society, which one the myth? Whereby we get knowledge and what forms of perception are really at our disposal?