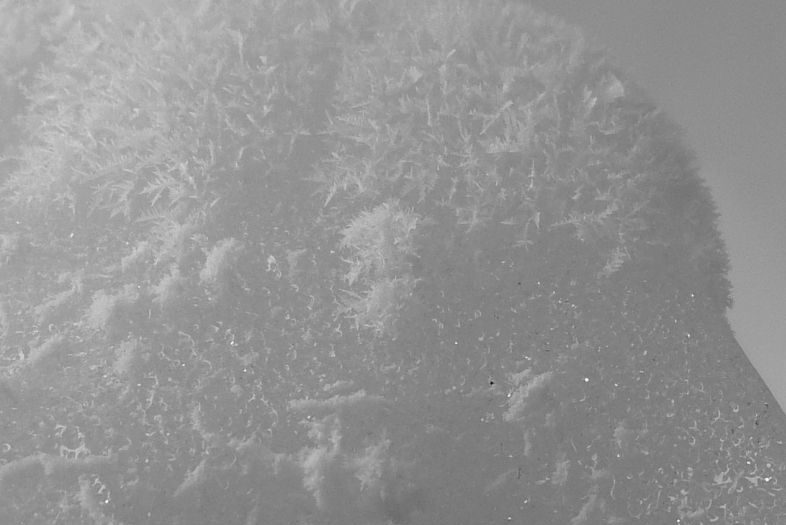 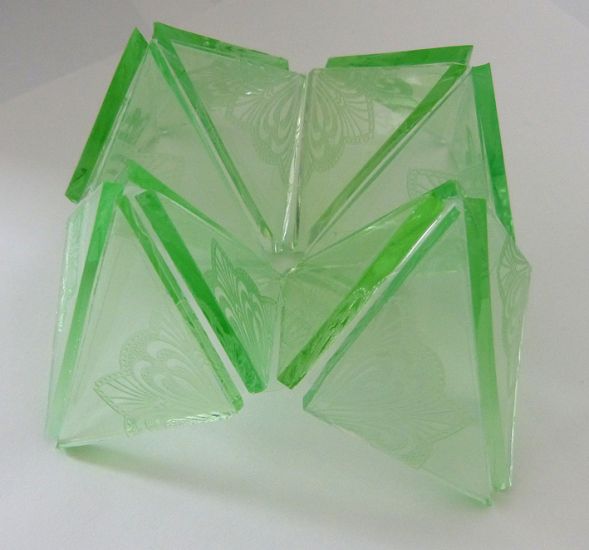 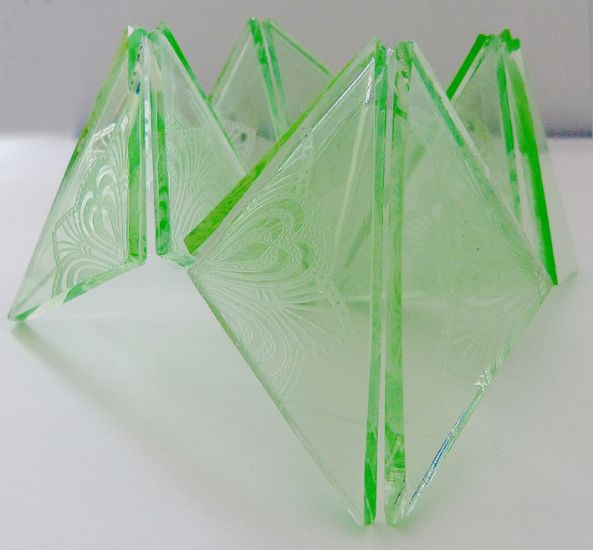 In her exhibition, “Anästhetiker” the The-Hague and Cologne-based German artist Evelina Rajca (*1984) shows experimentally to what extent the density and aggregate state of matter influences the presumed presence or absence of options for action. “Anästhetiker” – a neologism coined from “aesthete” and “anaesthetic” – is a complex mixed media installation specifically created for the Project Space of the Ernst Schering Foundation.

In a two-channel video projection, Rajca presents an experiment with solid carbon dioxide (CO2), which doubles as a compositional sound study. Solid carbon dioxide, also known as “dry ice,” does not naturally occur on earth, but is an industrial product used, for example, for the cooling of food.

As it changes from solid into gaseous form, there develops a gas cushion around the carbon dioxide, which, when pressed against a suitable resonating body made of metal, generates extraordinary vibrations. This results in a variety of sounds – cries, sighs, calls of delight and of horror – that are based on different parameters such as volume, surface structure, and temperature of the materials and thus can be deliberately modulated by the artist.

The influence of the movement of sound conglomerates in space as well as their duration and concentration play a crucial role in Evelina Rajca’s artistic research. Based on their vibrations and changes in aggregate state, she analyzes their importance and examines their meaning and “cancellation” Depending on its density, carbon dioxide has different effects: analgesia – anaesthesia – death. Since the density and aggregate state of a substance determines its level of toxicity, keywords and ideas such as irreversability and fetish are also of central importance in the exhibition – and play a role in another exhibit on display: a “cootie catcher” made from antique, radioactive uranium glass plates.

New Starting Point: Water cascades between Marienkirche and the TV Tower, Alexanderplatz.
As part of the exhibition, a dry ice symphony will take place in public space, when visitors can experience the generation of sounds on site. The artist will move with a dry ice orchestra through Berlin’s urban space, eliciting sounds from metal items such as staircase railings, scaffoldings, bridges, garbage cans, monuments, sculptures, and street lamps by touching them with solid carbon dioxide. The route metaphorically outlines the variable score of the symphony, with the metal items in public space serving as its “notes”. At the end of the performance, some of the “instruments” – corpora delicti – will have dissolved into gas, the material present in public space becomes part of a symphony, and the public space becomes a potential form of composition. 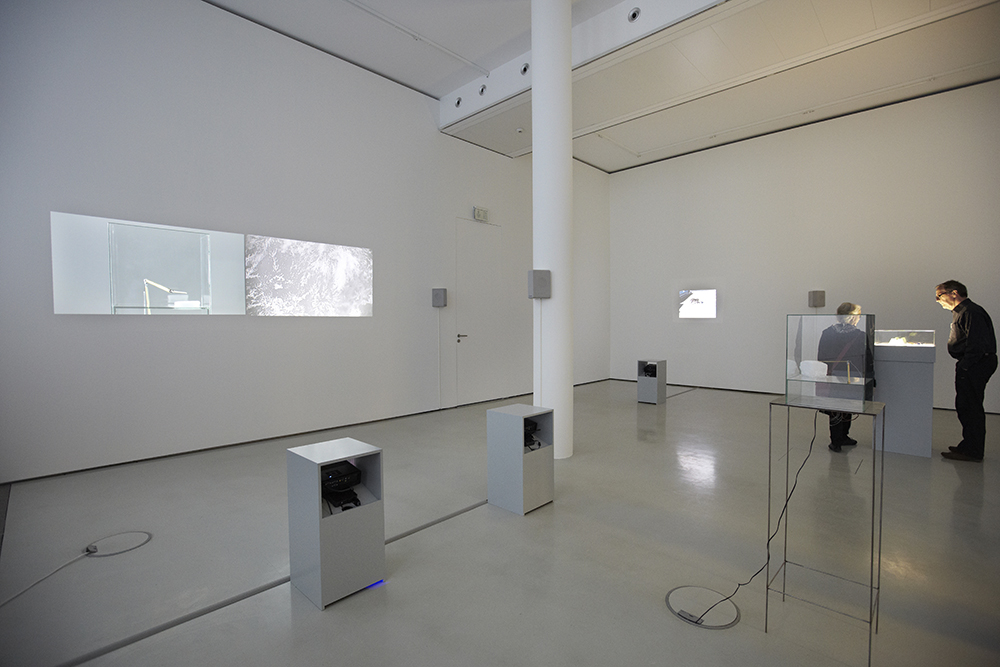 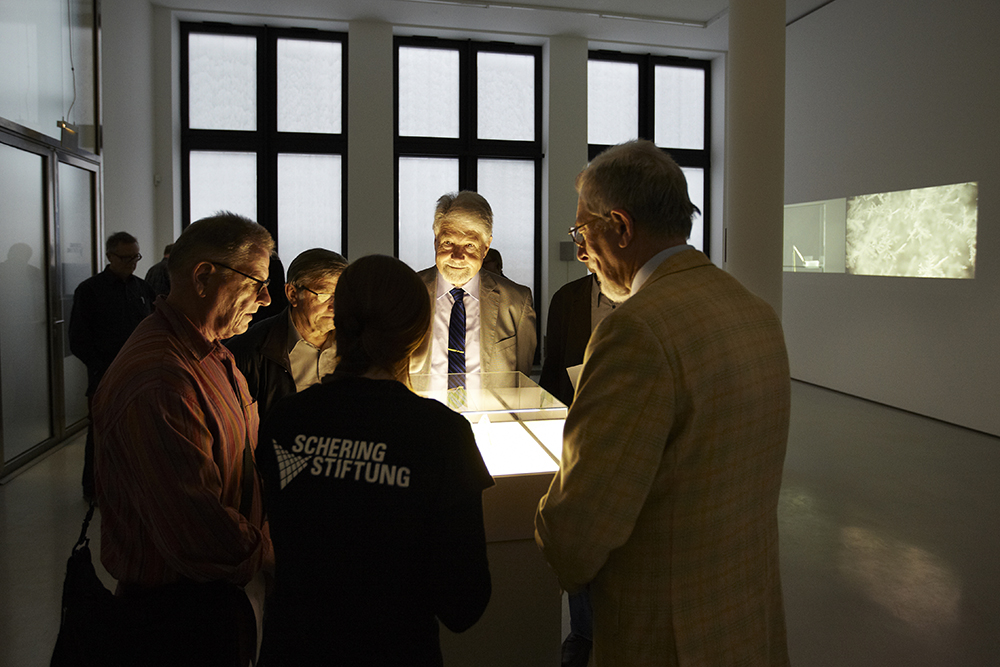 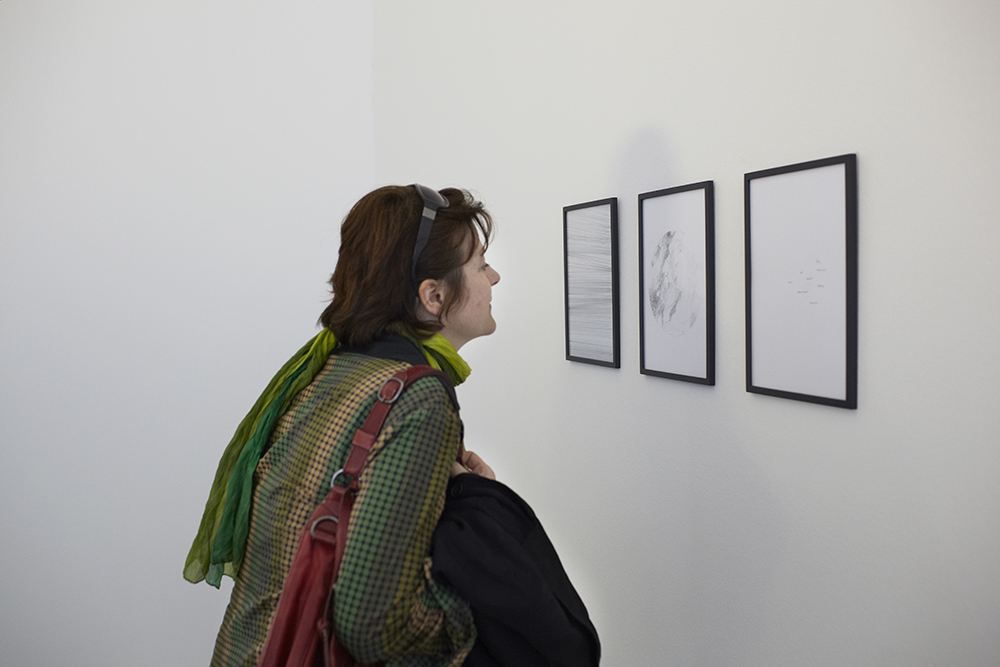 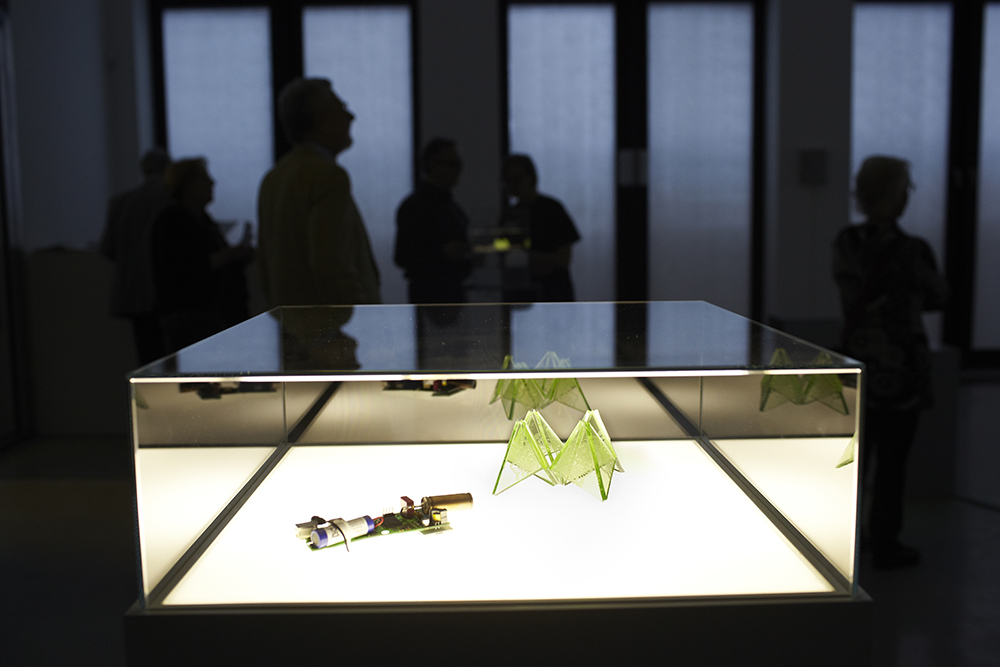 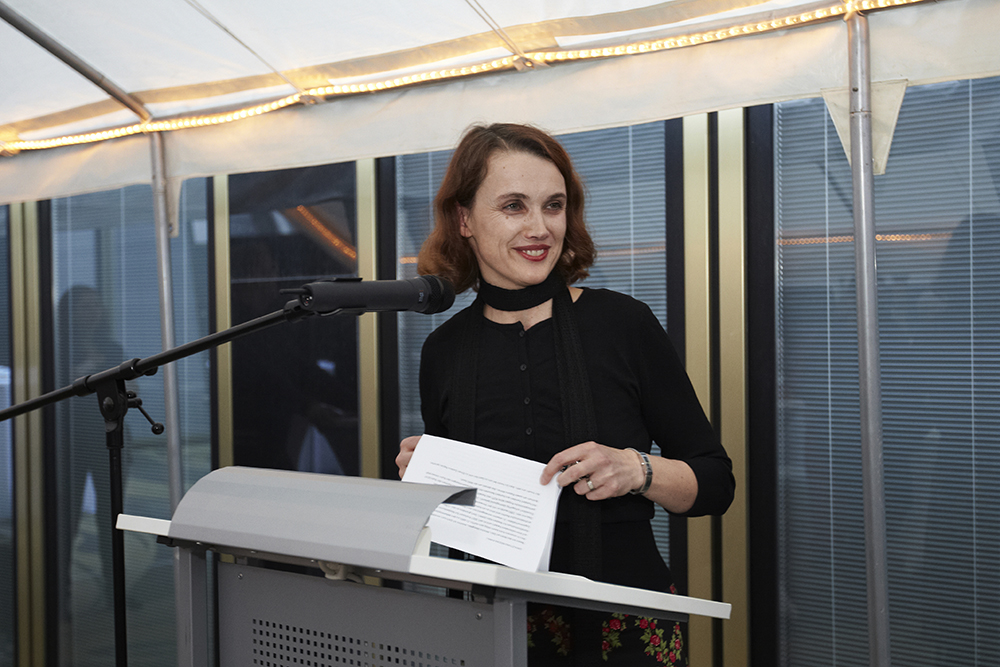 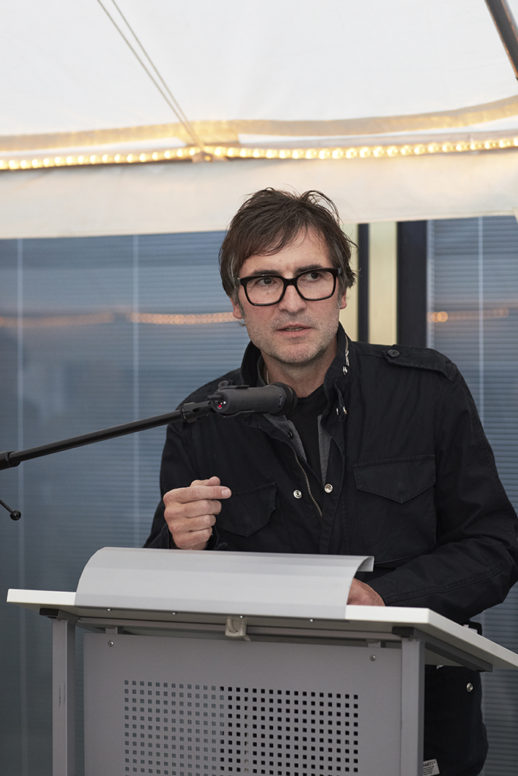 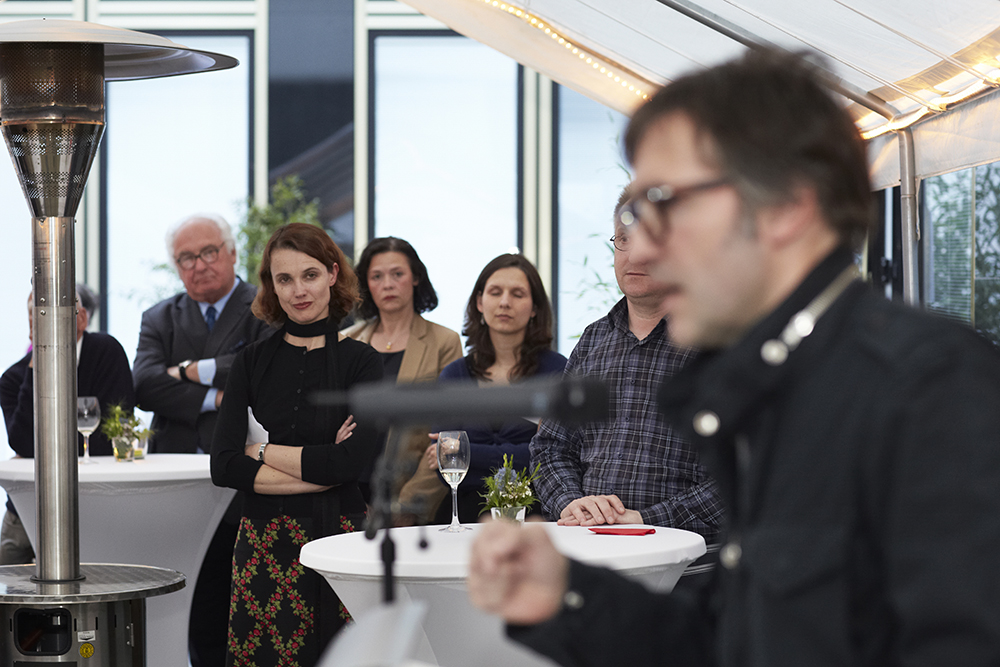 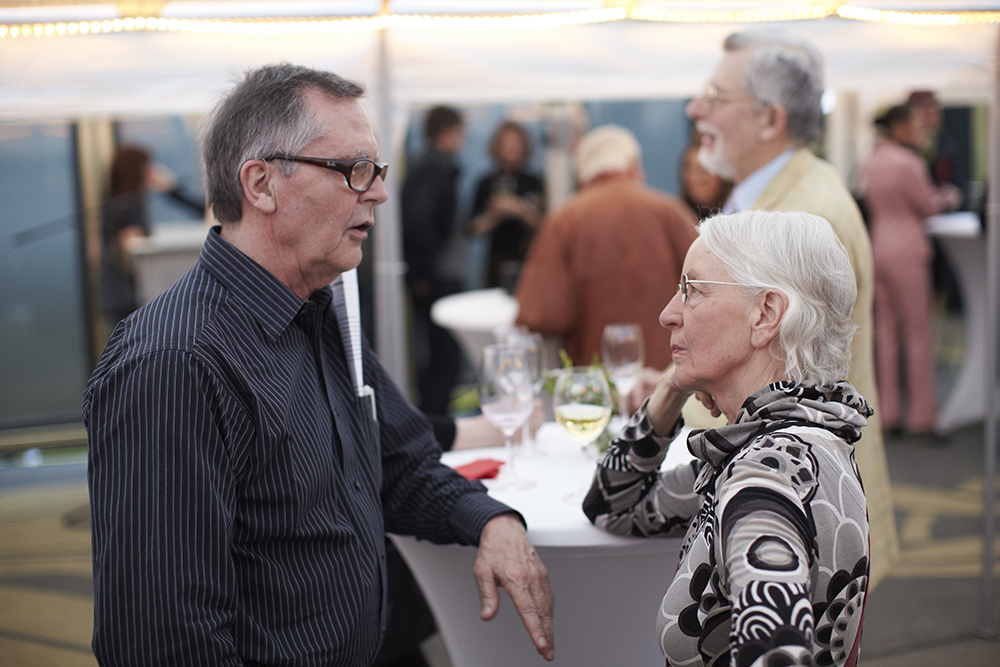 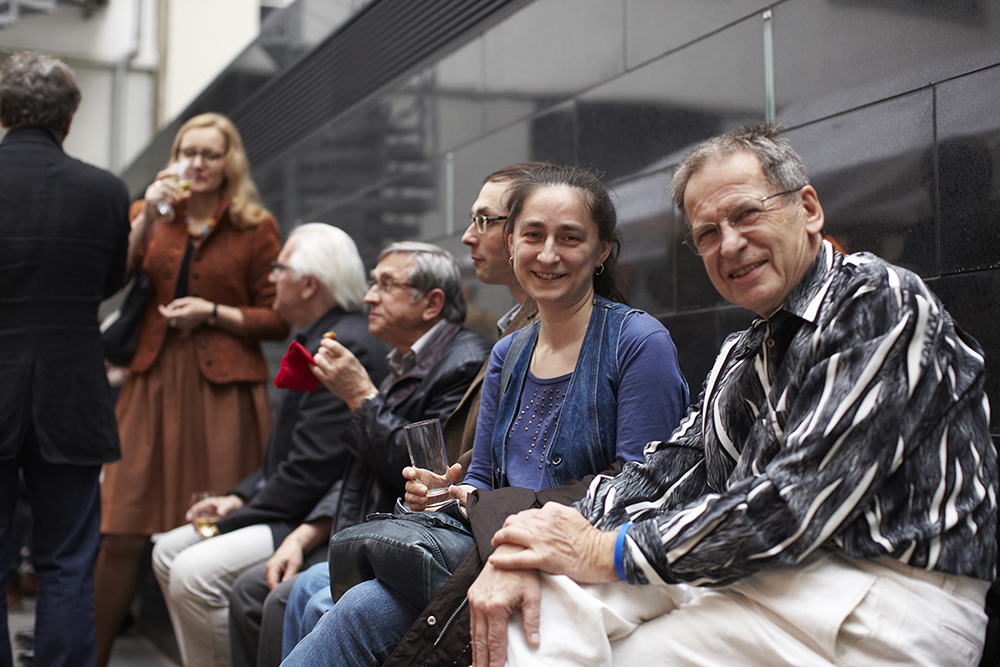 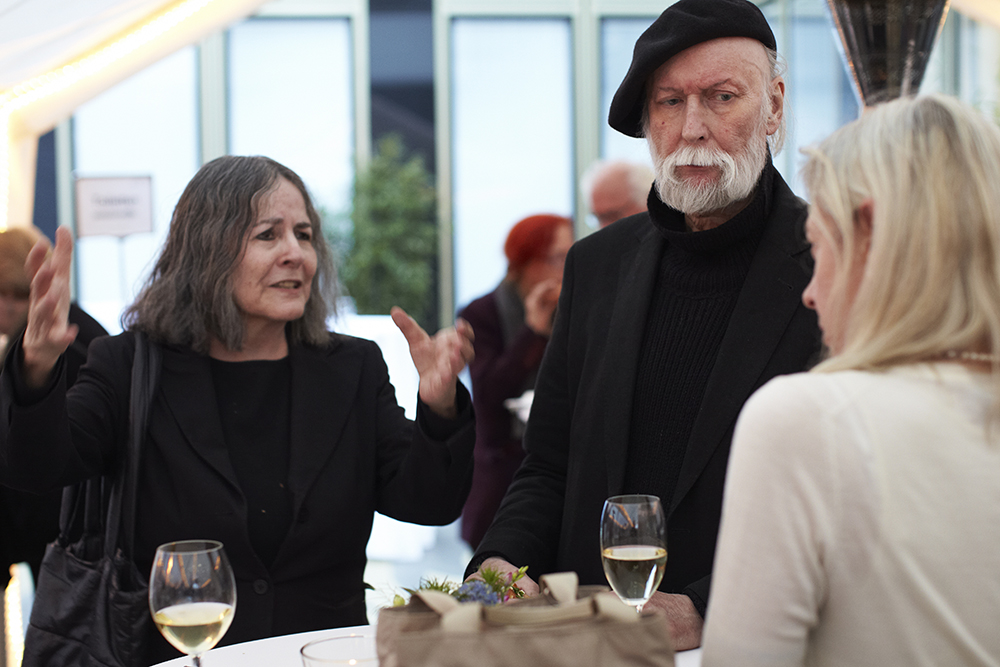 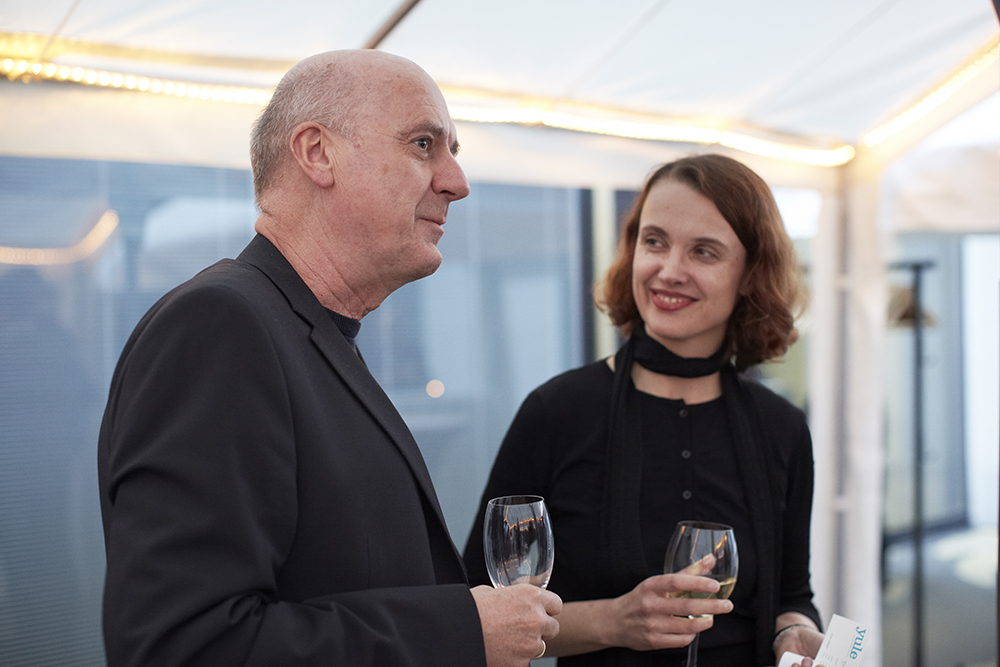 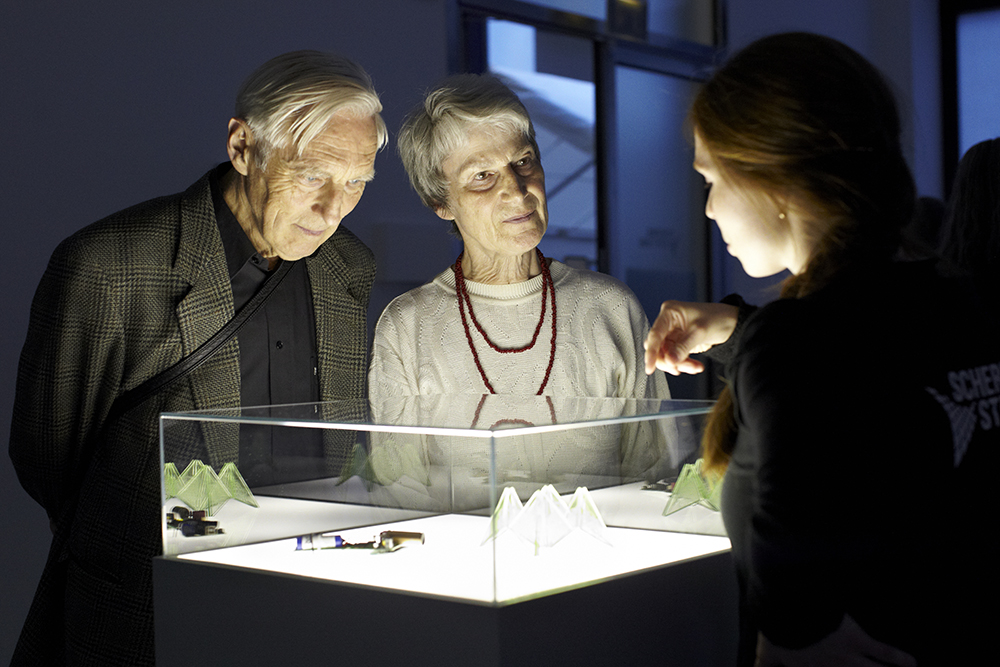 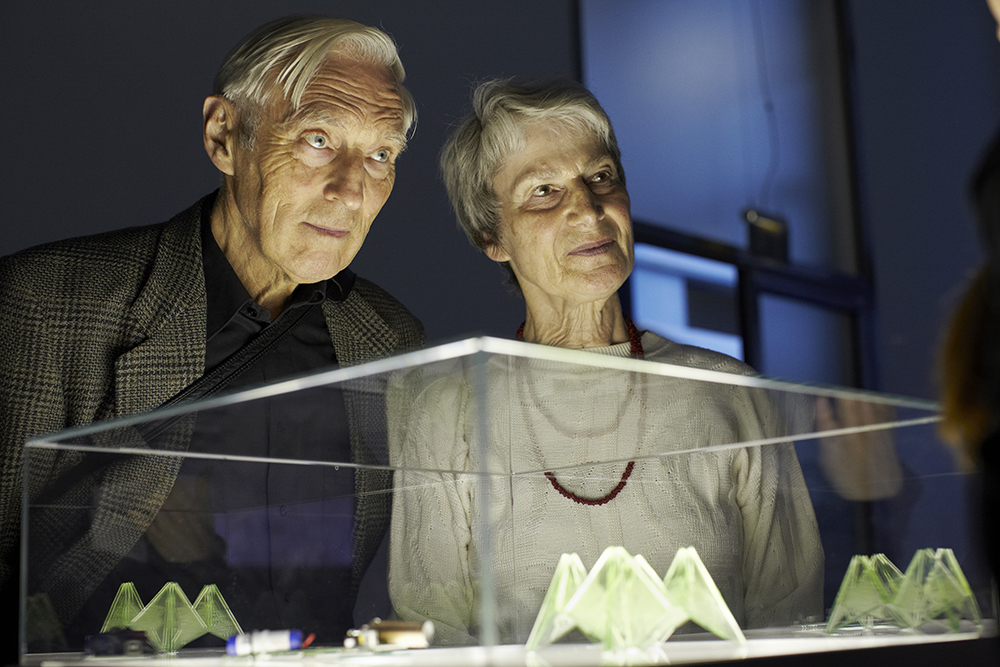 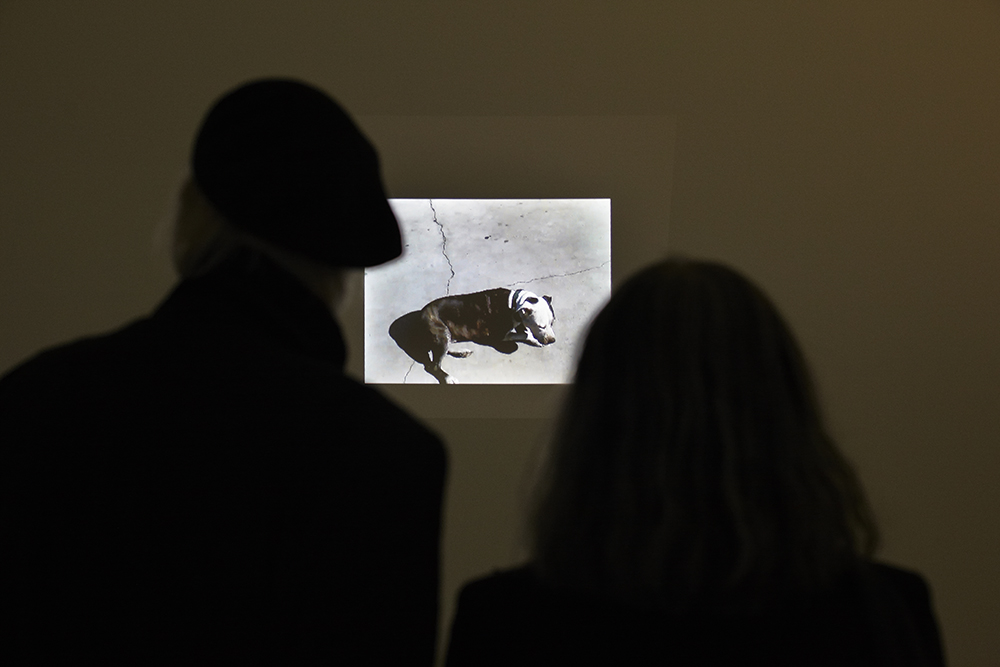 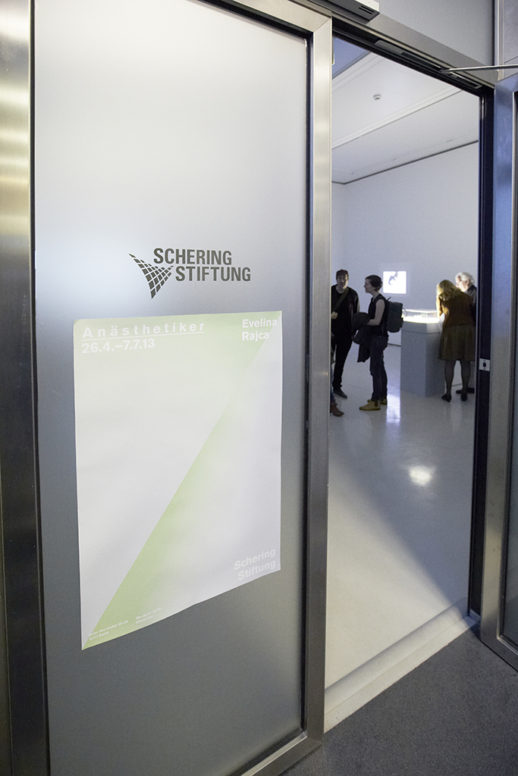 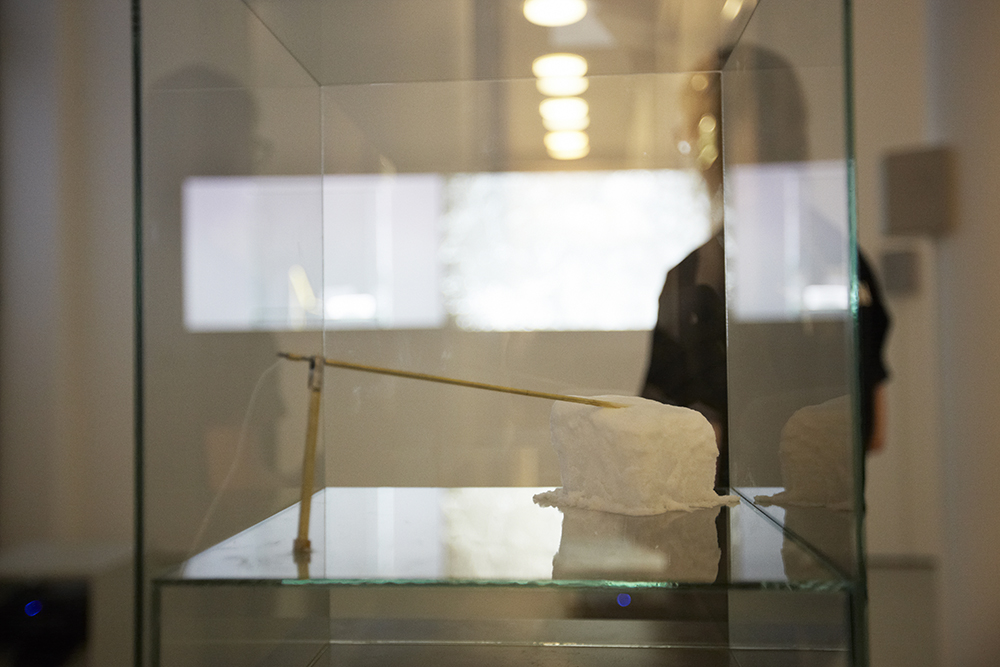 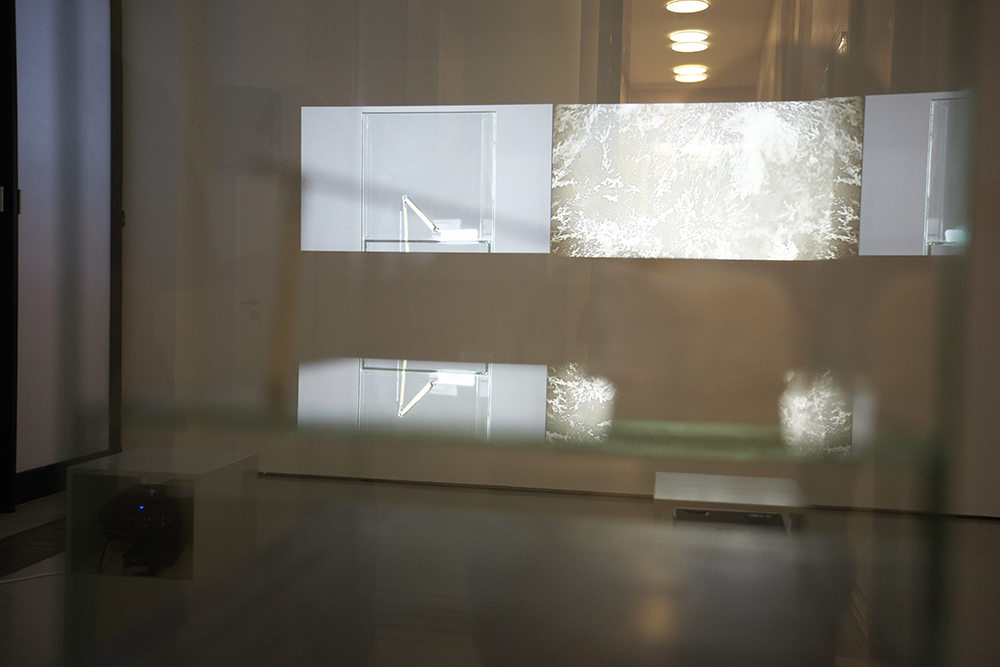 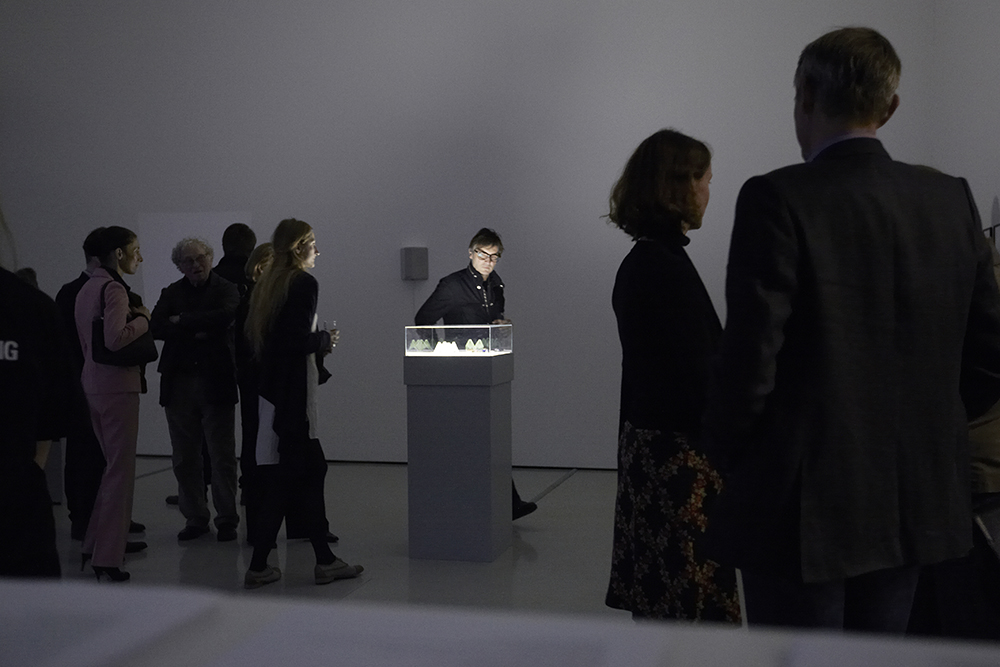 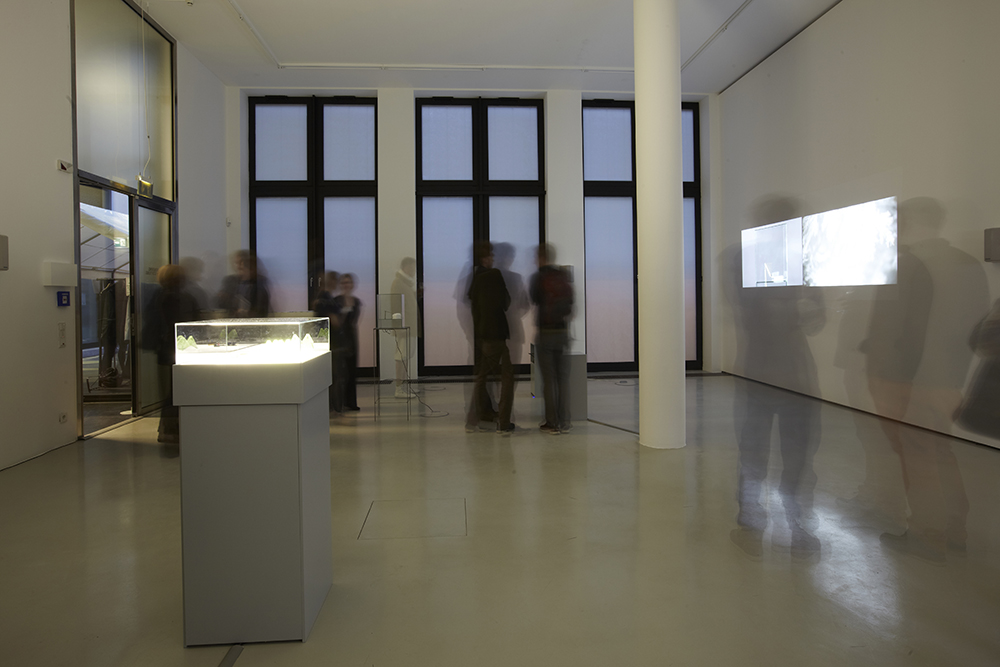 Sorry, this entry is only available in German.