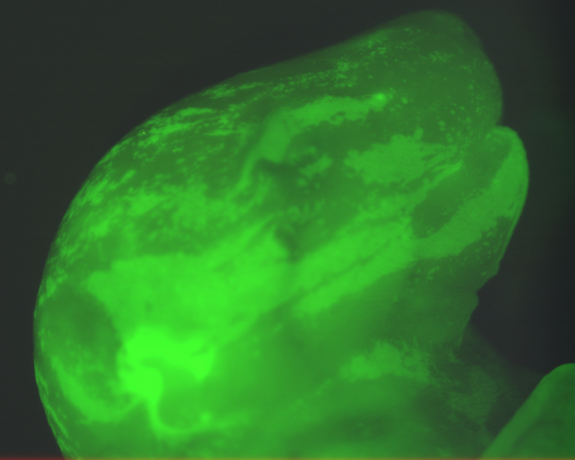 Cancer stem cells was the topic of the fifth scientific symposium of the Schering Stiftung in 2006. Internationally renowned scientists from the fields of cancer and stem cell research as well as experts from the clinic and applied pharmaceutical industry discussed the role of cancer stem cells for diagnosis, course, and treatment of tumor diseases.

“Cancer stem cells are developing into one of the most exciting areas of cancer research,” said Professor Otmar D. Wiestler, director of the German Cancer Research Center and co-organizer of the symposium, during his opening speech in Berlin. “In most cases cancer seems to be arising from so called ‘adult stem cells’ and their progeny.”

Canadian researchers first discovered in the 1980s that a small subpopulation of bone marrow cells is the actual culprits in leukemia patients, producing the masses of diseased white blood cells. They identified this subpopulation to be a type of stem cell and subsequently coined them cancer stem cells. However, this was regarded as an exception in cancers since leukemias are types of cancer without solid tumor formation. Only as recently as 2003 a group of researchers at the University of Michigan Medical School in Ann Arbor, MI, showed that a small subgroup of cells in human breast tumors possessed typical stem cell properties as well. One hundred of these cells sufficed to induce new tumor growth upon transplant into healthy murine tissue. At the same time tens of thousands of ‘normal’ tumor cells did not result in any tumor growth. Shortly afterwards two independent groups found evidence for cancer stem cells in tumors of the brain followed by proof in prostate cancer. Now teams of researchers are trying to identify these cells in tumors of the skin, the lung, the pancreas, the uterus and other tissues.

But what exactly are cancer stem cells? What are the differences between them and normal adult stem cells? The latter are undifferentiated cells that replenish dead and injured cells in otherwise differentiated organs and tissues. They do this by dividing asymmetrically. One of the daughter cells remains a stem cell while the other starts to differentiate and proliferate thus replacing the tissue cells. These differentiated subgroups of cells only divide a limited amount of times before they undergo programmed cell death, a process called apoptosis. However, stem cells do not die and can divide throughout a person’s lifetime.

To insure the correct operation of this process a balanced and tightly controlled environment for stem cells has to exist. This is the role of the stem cell niche. Experts think of it as literally a small niche or cell pocket, in which the stem cells rest. Niche cells that surround the stem cells send molecular signals to them regulating the rate of division and differentiation of the stem cell. However characterizing the niche seems to be particularly difficult. Various speakers at the Berlin symposium reported on the latest findings in this relatively new and exciting area of stem cell research. Professor Andreas Trumpp of the Swiss Institute for Experimental Cancer Research (ISREC) in Epalinges introduced a mouse model, which demonstrates the importance of the proto-oncogene c-myc in determination of stem cell fate. This transcription factor has long been known to play a crucial role in the development of many cancers. High expression rates of c-myc result in stem cells leaving their niche and developing into the more differentiated progenitor cells, which then proceed to become fully differentiated tissue cells. This could explain why c-myc is up-regulated in certain tumors, since malignant tissue shows high and unregulated cell growth. The opposite is the case when c-myc is down-regulated. Stem cell numbers in the tissue increase because the daughter cells are unable to leave the niche. Thus c-myc seems to be important for normal stem cell activity.

Dr. Anthony Ho, clinical director of the Medical Clinic V at the University of Heidelberg, Germany, and Dr. Jürgen Knoblich from the Institute of Molecular Biotechnology of the Austrian Academy of Sciences, Vienna, also presented their latest findings in stem cell niche research. Both scientists could demonstrate the importance of certain signal transduction pathways for the behavior of stem cells in their respective niches.

One obvious problem for cancer researchers is the difficulty of studying the disease experimentally in human patients. For this reason model systems are required. The existing animal models, however, do not fully represent the conditions under which cancer arises spontaneously and randomly in humans. “The main challenge therefore is developing animal models that truly represent the conditions under which cancer arises in humans,” said Professor Luis Parada from the University of Texas Southwestern Medical Center in Dallas, TX. He introduced a new mouse model for glioblastomas, a malignant brain tumor that carries for the first time all the essential molecular and pathophysiological traits of human glioblastomas. With his work Parada was able to show that the cells responsible for tumor growth originate in the subventricular zone of the brain. This area is the origin of brain stem cells in mice. After having accumulated sufficient genetic changes these cells seem to migrate to various areas of the brain, causing malignant tumor growth. The tumors seen in mice indeed do closely resemble those in humans. “Now that we have a good model for this disease, we can start studying the conditions under which tumors develop and thus we can start looking for better treatments,” says Professor Parada. “Because so far the success rate of treating a patient with glioblastoma is no better than 30 years ago.”

For other types of cancer however, there are better therapies available compared to 30 years ago, although no patient can be considered totally cured after cancer treatment. The clinician evaluates the success of any cancer treatment by quantifying the size of the tumor before and after chemo- and/or radiotherapy, the amount of shrinkage being the measure for treatment success. Should it be true though that cancer stem cells are the bad seeds of tumor growth, new therapies have to be found, since cancer stem cells are not affected by conventional tumor therapy. However, treating cancer stem cells requires a better understanding of the processes taking place in normal stem cells first, because knowing the differences between them is essential for hitting the right targets. Richard Jones, professor for oncology at the Johns Hopkins University School of Medicine, Baltimore, MD, therefore suggests looking for cells combining typical stem cell properties with properties and markers known to be expressed in cancerous cells. “One possible target structure could be telomerase,” said Jones. Telomerase is an enzyme that adds specific DNA sequence repeats to the end of DNA strands in the telomere regions, which are found at the ends of chromosomes, thus stabilizing the chromosomes. In normal cells telomeres are long, while in cancer cells telomeres are considerably shorter. “Specific drugs that inhibit telomerase could be targeting this Achilles heal of cancer cells. In normal cells no substantial damage would occur, while cancer cells could be driven into apoptosis,” said Professor Jones.

Cell surface markers that are up-regulated in cancer cells could be used as specific targets for antibody therapy. There could be two different classes of cancer drugs in the future, each supplementing the other. One like conventional chemo- and radiotherapy reducing the sheer mass of tumor cells and the other specifically targeting the cancer stem cells, which drive tumor growth.

For the development of such therapeutics it is however essential to understand the role of cancer stem cells in much greater detail. One type of cancer for which researchers have already achieved considerable progress is breast cancer. Although, as was explained by Dr. Robert Clarke from the Breast Biology Group of the University of Manchester, UK, one does not think of breast cancer as one single type of disease anymore: “We now distinguish five subtypes of breast cancer, for example ones that express the estrogen receptor (ER) and such types that don’t.” Tamoxifen and aromatase inhibitors are very specific and efficient drugs that are available for treatment of ER positive cancers. These drugs target specifically cancer cells that express ER and destroy them. However, this therapy cannot be used on subtypes not expressing ER. The reason why some types of breast cancer express ER while others don’t is not yet fully understood. However, Clarke was able to show that the long-lived stem cells of the breast, which replace all other cells of the breast tissue, do not express ER. Furthermore he could demonstrate that ER is first expressed in the progenitor cells developing from the long lived stem cells. Clarke: “It seems that cancers arising from mutations in the progenitor cells do respond to Tamoxifen.” This on its own is not yet a new therapy, however Clarke’s group at the University of Manchester is working on the identification of gene expression profiles in breast cancer cells. Functional genomics, which allows for the simultaneous screening of thousands of genes, could then result in differences in gene expression between normal and diseased tissues. This could then give rise to new drug targets and therapies.

The male equivalent of the female breast is what Professor Norman Maitland, director of the Yorkshire Cancer Research Unit, called the prostate. The professor of molecular biology could prove for the first time that cancer of this organ contains cancer stem cells as well. In his studies with human cancer cells, which he transplanted into mice, he was able to demonstrate that as few as 50 putative cancer stem cells could cause tumor growth. While several tens of thousands of ‘normal’ tumor cells could not grow a tumor. The tumors arising in the mice where indistinguishable from human tumors to a trained pathologist. Just like Clarke, Norman Maitland uses extensive genome screening to identify possible genetic markers of prostate cancer for the development of new therapies.

Overall a wealth of new data was presented at the symposium in Berlin. Scientists from different disciplines could freely exchange their ideas and be inspired by others. “For us the workshop was a great success,” said Dr. Dominik Mumberg, co-organizer and head of Schering’s apoptosis and signal transduction research. In the end speakers and audience agreed that one should meet again in two years or so, to follow up on the ideas and new research incentives that emerged at this symposium.