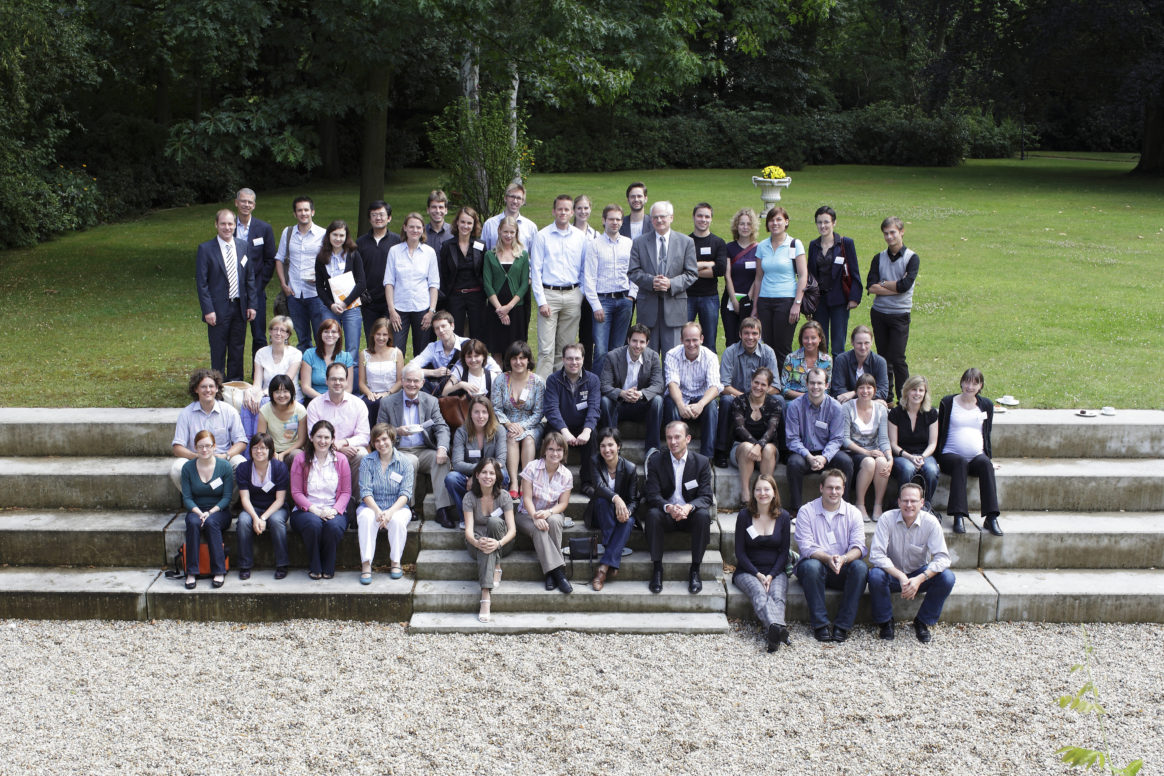 The fourth meeting of the fellows and alumni of the Schering Stiftung took place on July 9-11, 2009. Sixty participants from all over the world met at the Harnack House in Berlin to make or maintain contacts, exchange experiences and participate in an interdisciplinary program of lectures and discussions. The participants are current or former recipients of doctoral, postdoctoral or short-term fellowships from the Schering Stiftung or former Schering AG Berlin in the fields of biology, chemistry, and medicine. For the first time, attendees also included fellows in the field of art.

Every two years, the Foundation holds a Fellows Meeting to keep in touch with its alumni and fellowship recipients and to get them involved in a steadily growing international network of outstanding researchers. The meeting provides participants not only with an opportunity to exchange experiences, but also to present their current research projects. For the first time, this year’s meeting also included fellowship recipients in the arts – in keeping with the Foundation’s avowed goal to promote the dialogue among scientists and artists representing different disciplines and approaches and thus to create innovation and promote creativity.

Presentations by invited speakers provided much food for thought and discussion.

In his opening lecture, Reinhard Kurth, chairman of the Foundation Council of the Schering Stiftung and former president of the Robert Koch Institute in Berlin, talked about the return of infectious diseases. This is mostly due to changes in human behavior occasioned, e.g., by economic and ecological changes, demographic developments, and changes in personal lifestyle, he said. In his presentation, he focused in particular on two currently significant diseases: influenza and AIDS.

After the fellows had had the opportunity to present and discuss their research projects, the evening of the first day belonged to the internationally renowned artist Sissel Tolaas. She provided her audience with fascinating insights into her work, which consists of analyzing and applying smells as a means of information and communication with the aid of scientific and artistic methodologies. Using several samples from her large smell archives, the participants could test the smells’ effects for themselves.

The second day began with reflections on the general conditions for research. Wilhelm Krull, secretary general of the Volkswagen Foundation and currently chairman of the Association of German Foundations, talked about the challenges for European research and developed several suggestions on how foundations can promote creativity in basic research.

In his presentation on translational research, Jürgen Heubach, head of Clinical Biomarkers at Bayer Schering Pharma AG, dealt with the question of how basic research findings can be translated into clinical practice (“from bench to bedside”). Here, biomarkers play an increasingly important role.

In the afternoon, the focus was on the highly topical subject of the synthesis of life. The first speaker was the virologist Eckard Wimmer from Stony Brook, New York, who has gained world-wide fame as the first person to chemically synthesize a virus based on publicly available genetic information and freely available DNA. Professor Wimmer not only talked about the scientific foundations of his research findings, but also discussed the criticism that was directed as his work because of fears that it has created new possibilities for bioterrorism.

From there it was a short segue into the presentation by Ralf Wagner, head of the Molecular Microbiology and Gene Therapy Unit at the University of Regensburg, about the possibilities of synthetic biology. Using engineering methodologies, representatives of this discipline aim to deliberately create life-forms that do not exist in nature – whether through novel combinations of existing systems or the creation of new biological systems from scratch. As company founder and CEO of GeneArt, Ralf Wagner himself works in this field and actively participates in discussions about the challenges that synthetic biology poses for biosecurity.

Next, the artist Reiner Maria Matysik presented some of his works on the creation of new life. For some years, he has worked on the artistic realization of his thesis that gene technology will trigger a new, radical evolutionary push, which he calls “post-evolutionary.” This “active evolution“ will make possible the design of any variety of organisms, which can be created synthetically from the existing genetic mass worldwide, he said. Convinced that this will blur the boundaries between plants, animals and humans, Matysik confronted his audience, among other things, with a provocative call for allowing human/ape cross-breeding in the future.

Following the lectures, the participants had the opportunity to discuss the political, social and ethical aspects of the synthesis of life with the speakers.

The Fellows Meeting concluded with a visit of rota, an exhibition by artist Carsten Nicolai at the Schering Stiftung’s new Project Space for Art and Science. Taking its cues from the dream or mind machines developed since the 1950s by Brion Gysin in the context of the Beatnik movement, rota deals with the effects of rhythmic visual and acoustic phenomena on the human brain.