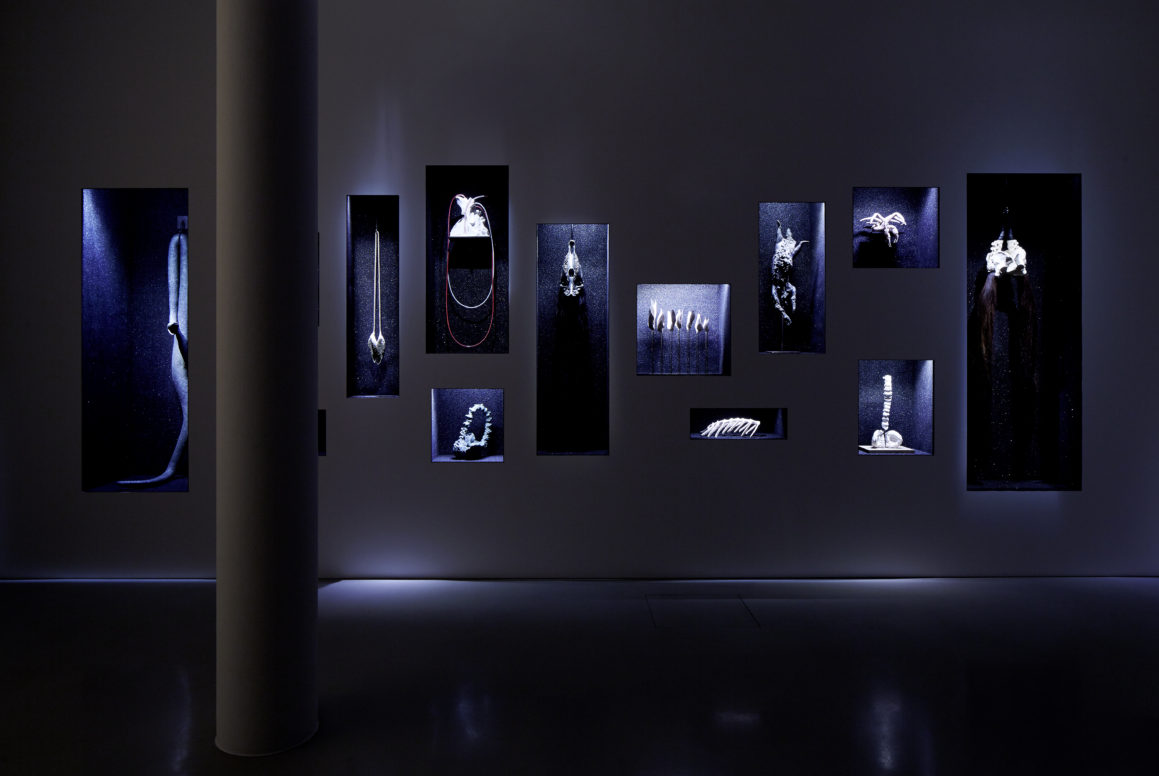 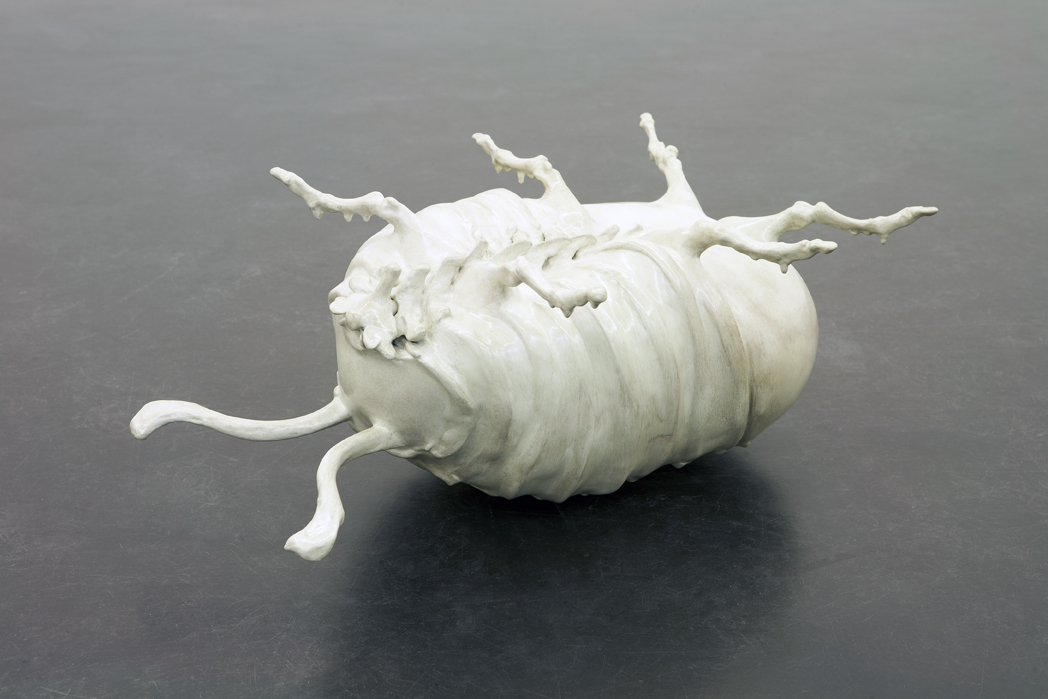 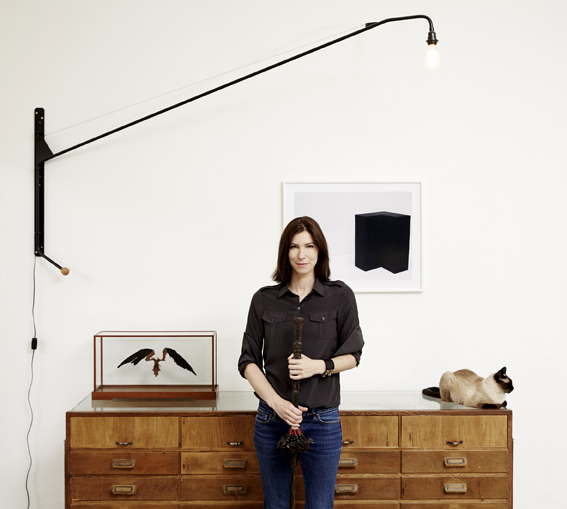 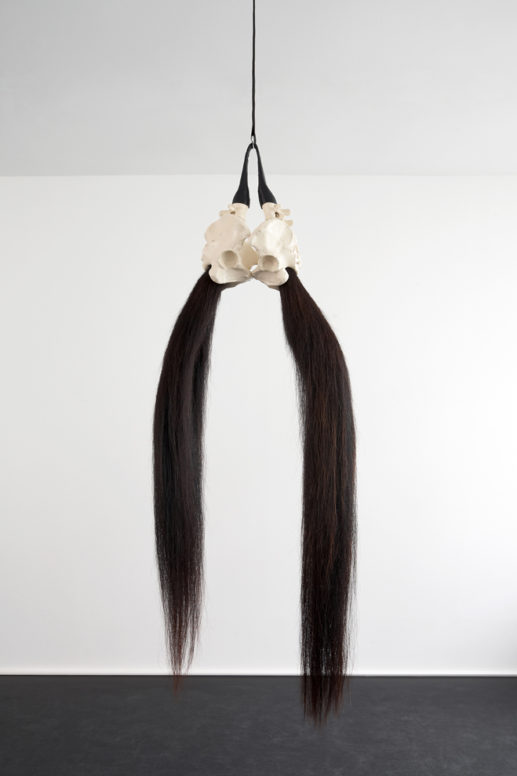 In her show titled “IM ÜBER ALL,” the Berlin-and-Düsseldorf-based sculptural artist Yvonne Roeb (*1976) places her sculptures, which are composed of naturalistic, surreal and artificial elements, in the context of the Wunderkammer, the cabinet of curiosities. Borrowing from the animal, plant and mineral kingdoms, Roeb sculpts her composite creatures from modern, unusual materials, but also draws a line to classical sculpture. At the Schering Stiftung, her thematically always ambiguous works will be presented in a wall of niches that allows every object to unfold its power.

Yvonne Roeb sees objects not as mere things but inquires into the spiritual nature of every single object. Her work hints at a belief in an object’s supernatural powers and its veneration as a sacred object, as in fetishism, the spiritual-religious idea that all natural phenomena possess a spiritual essence, as in animism, as well as aspects of totemism and animalism. In totemism, for example, people construct mythical-kinship relationships with certain natural phenomena, and the “totems” serve, among other things, to integrate that which is foreign and threatening into the human world. In animalism, special powers are ascribed to animals.

All these ideas find expression in, but constitute only one aspect of, Yvonne Roeb’s very contemporary works, in addition to scientific and formal questions. While the cabinets of curiosities of the late Renaissance and the Baroque periods presented objects of various origins and purposes alongside each other – works of art were placed next to scientific specimen – Yvonne Roeb’s sculptures resemble a synthesis of artistic and nature-related studies and are thus, as it were, expressions of a universal culture.

In addition to the sculptures, the exhibition at the Schering Stiftung will also present new drawings by the artist, which must be understood as a reinterpretation of the three-dimensional works at the two-dimensional level. They show the hidden reverse sides of the displayed sculptures. Roeb thus turns around the principle of the drawn sketch as existing prior to the sculpture, challenging the myth of the sketch as the creative source of all artistic production.

Yvonne Roeb’s timeless artifacts tie in with current controversial debates in Human-Animal Studies, a still young interdisciplinary field of research that deals with the complex relationships between humans and animals from a variety of perspectives, including psychology, sociology, cultural studies, and anthropology. 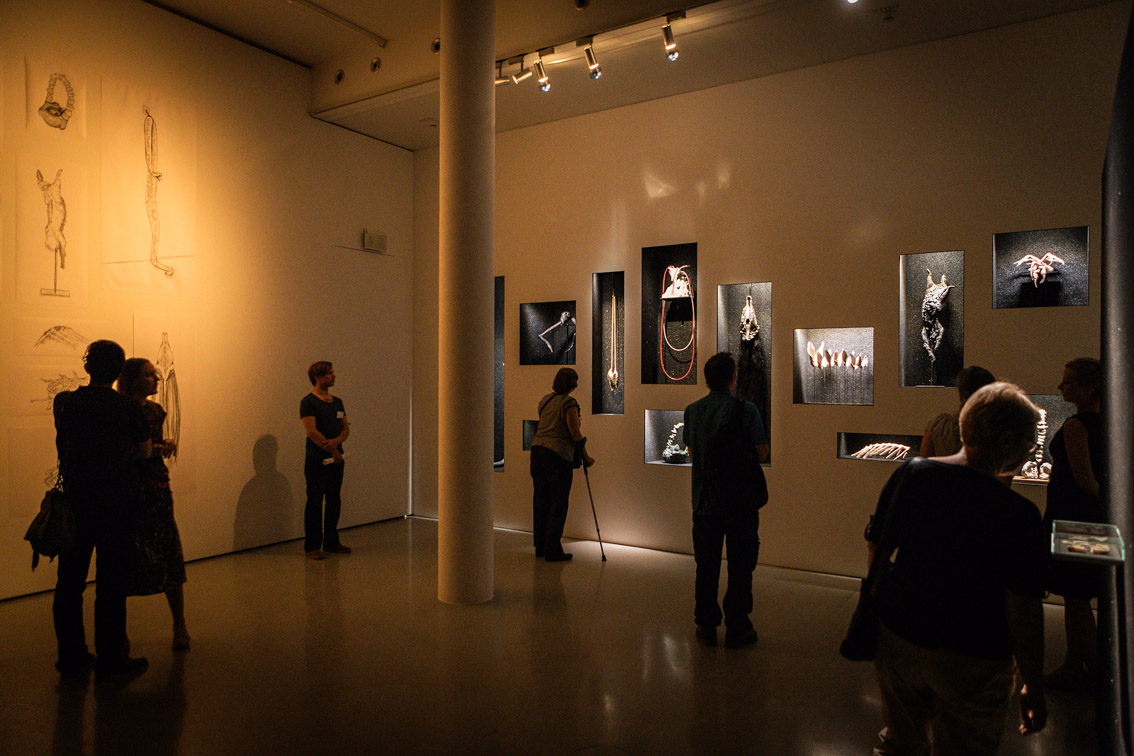 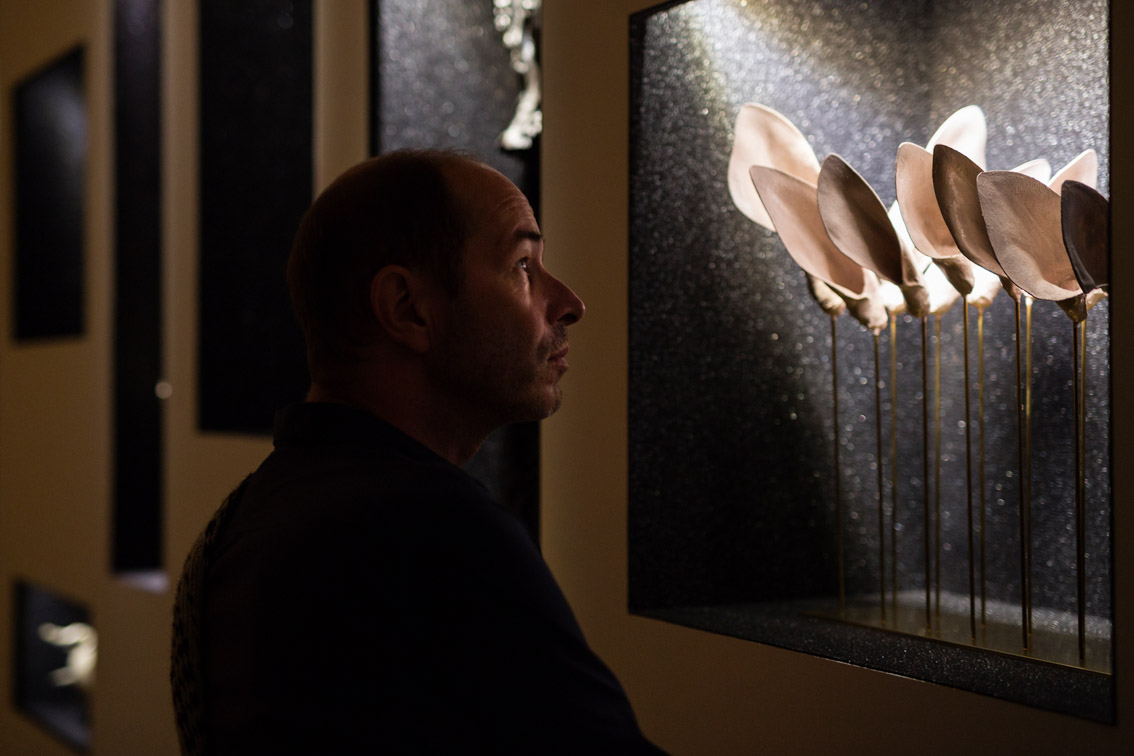 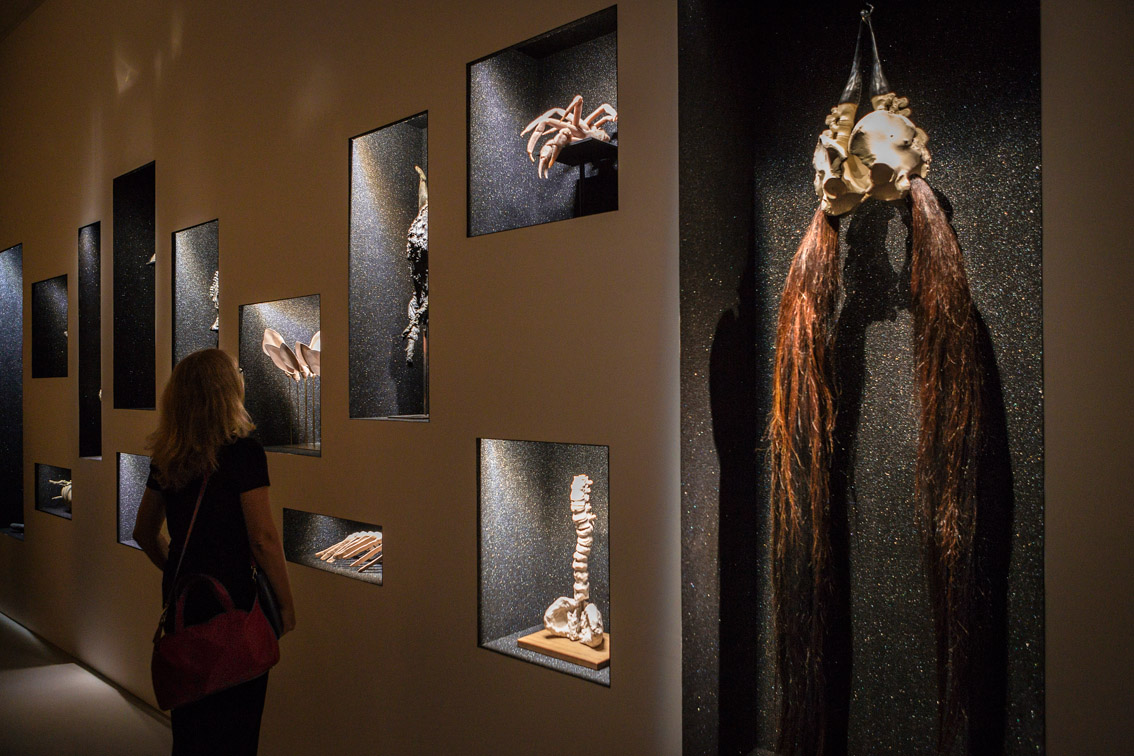 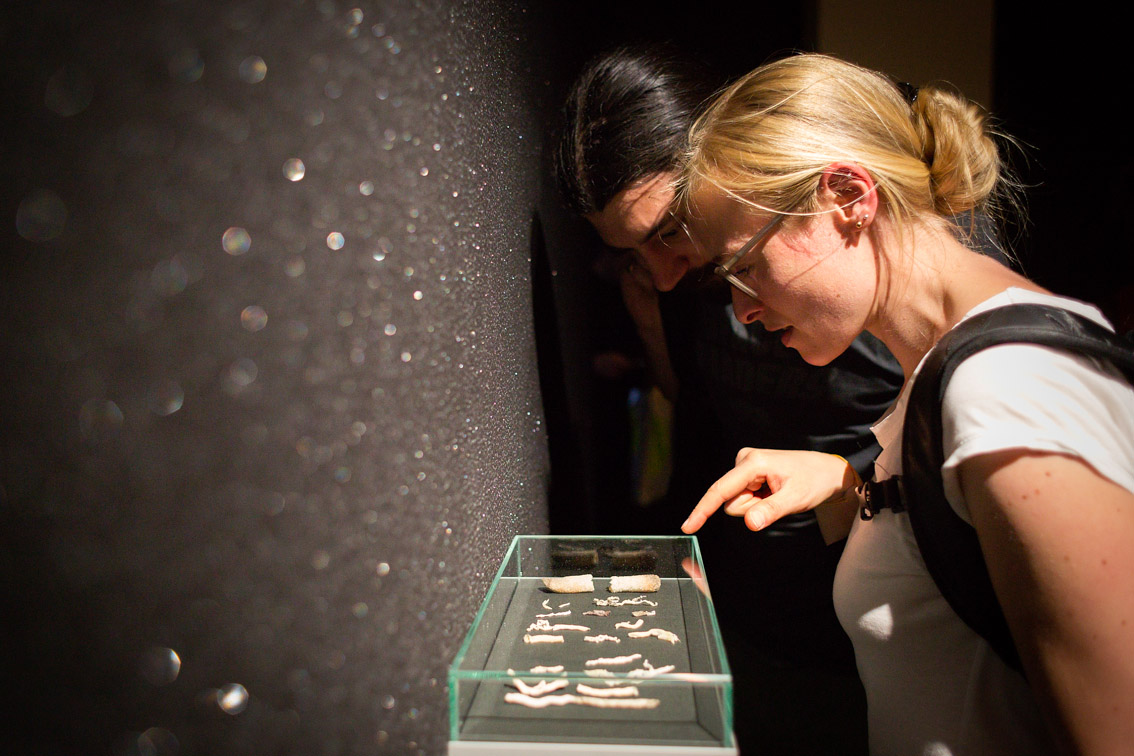 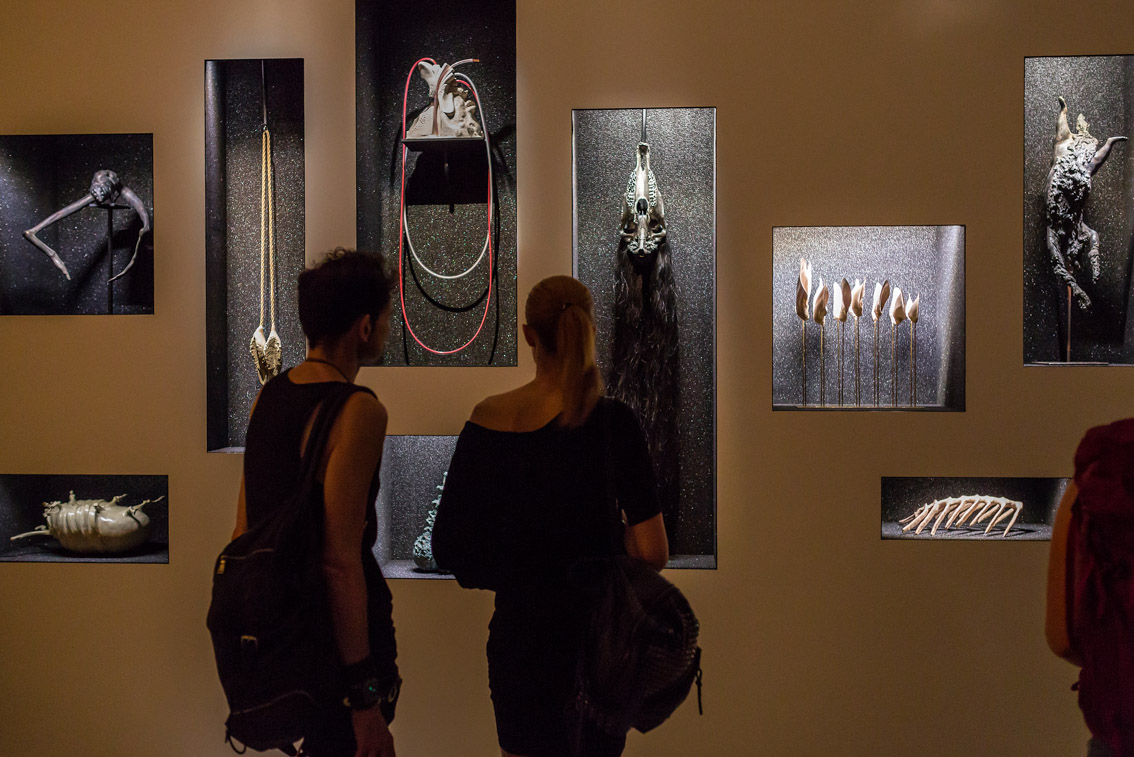 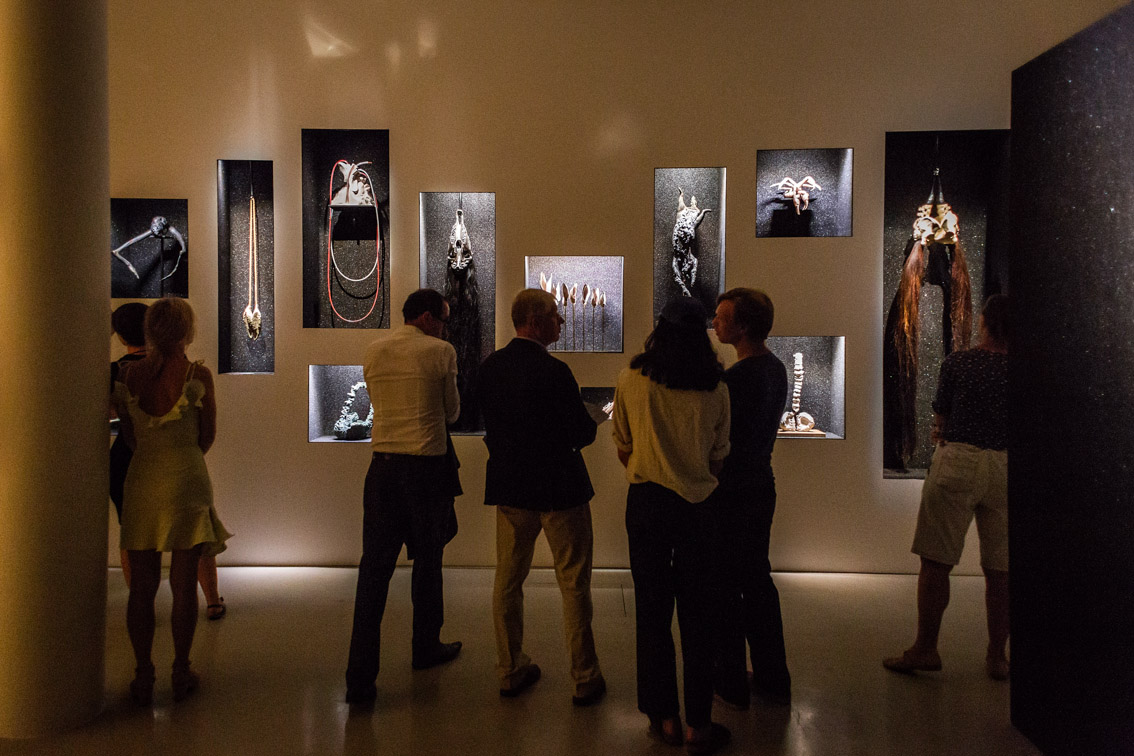 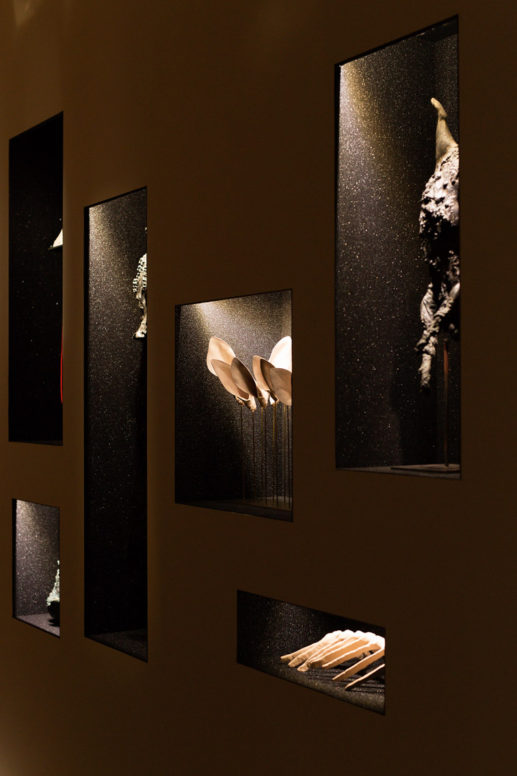 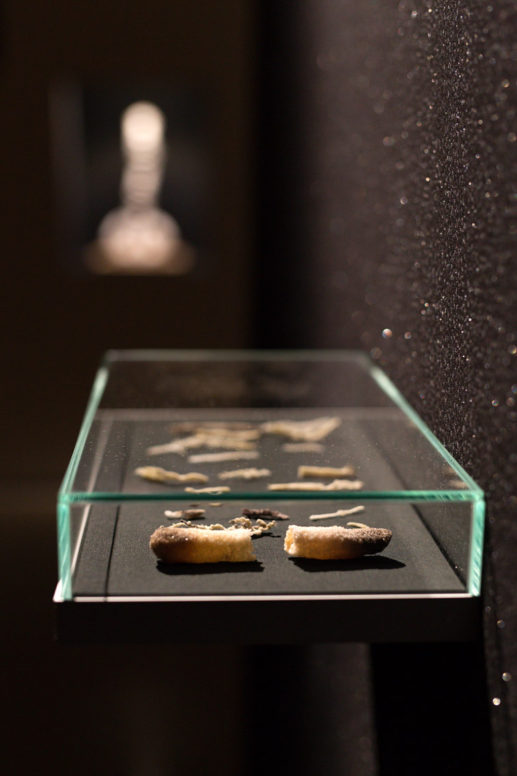 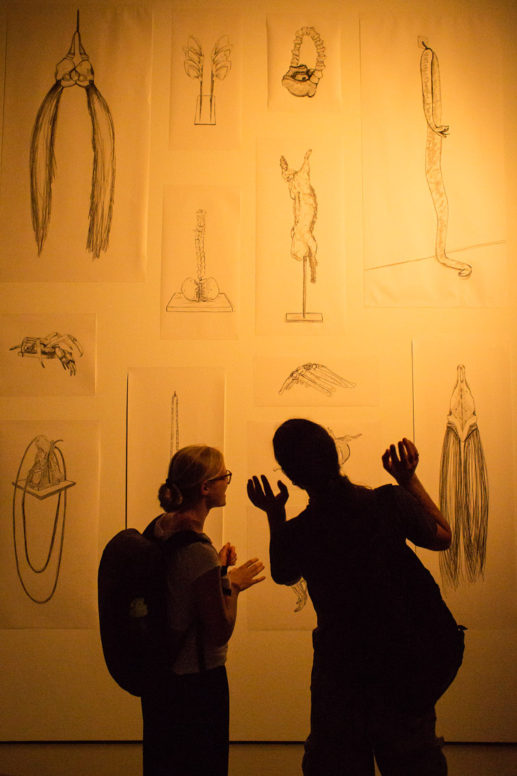 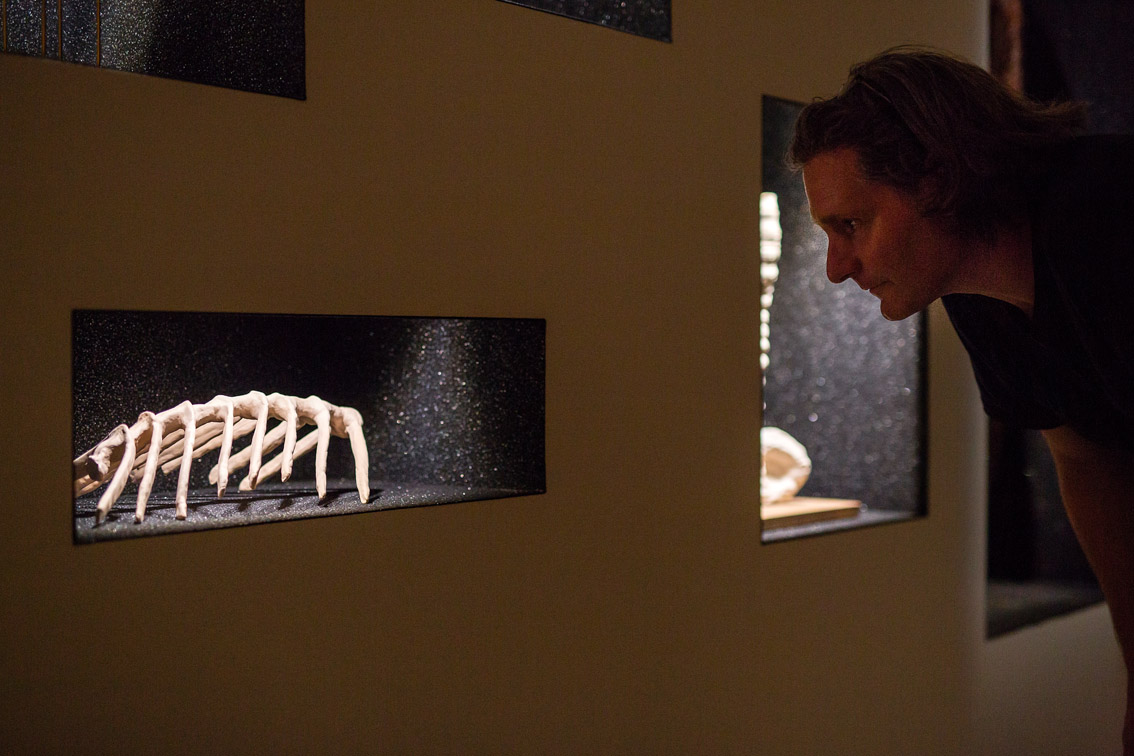 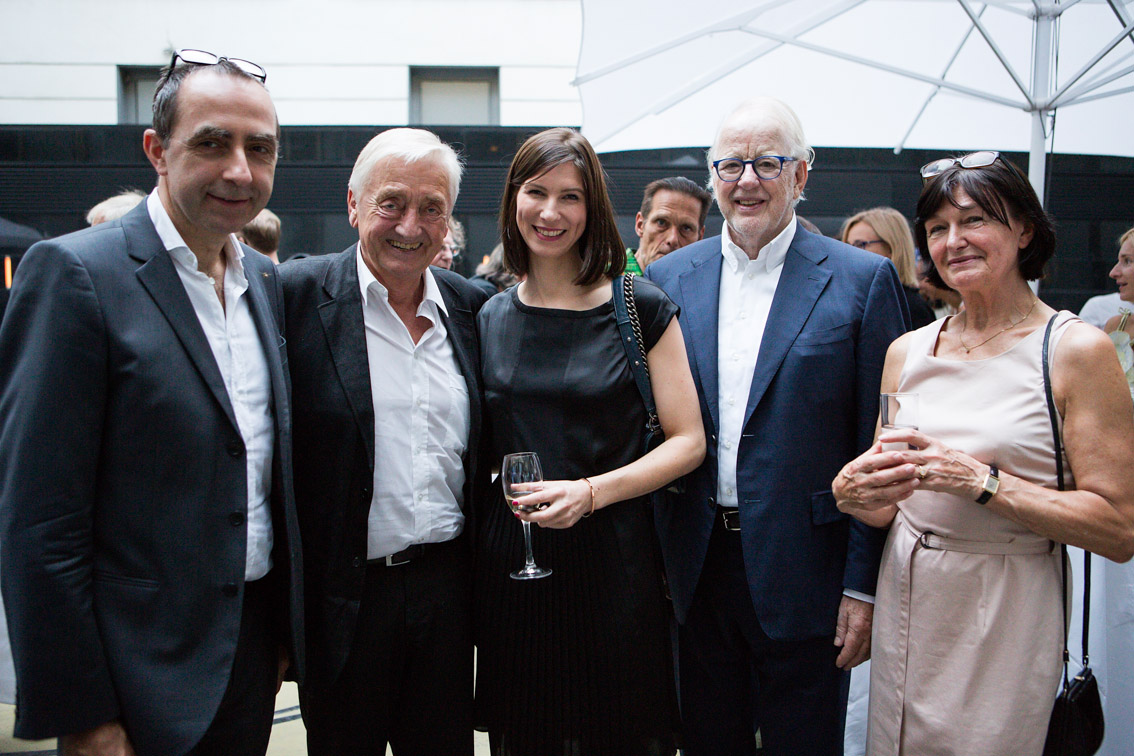 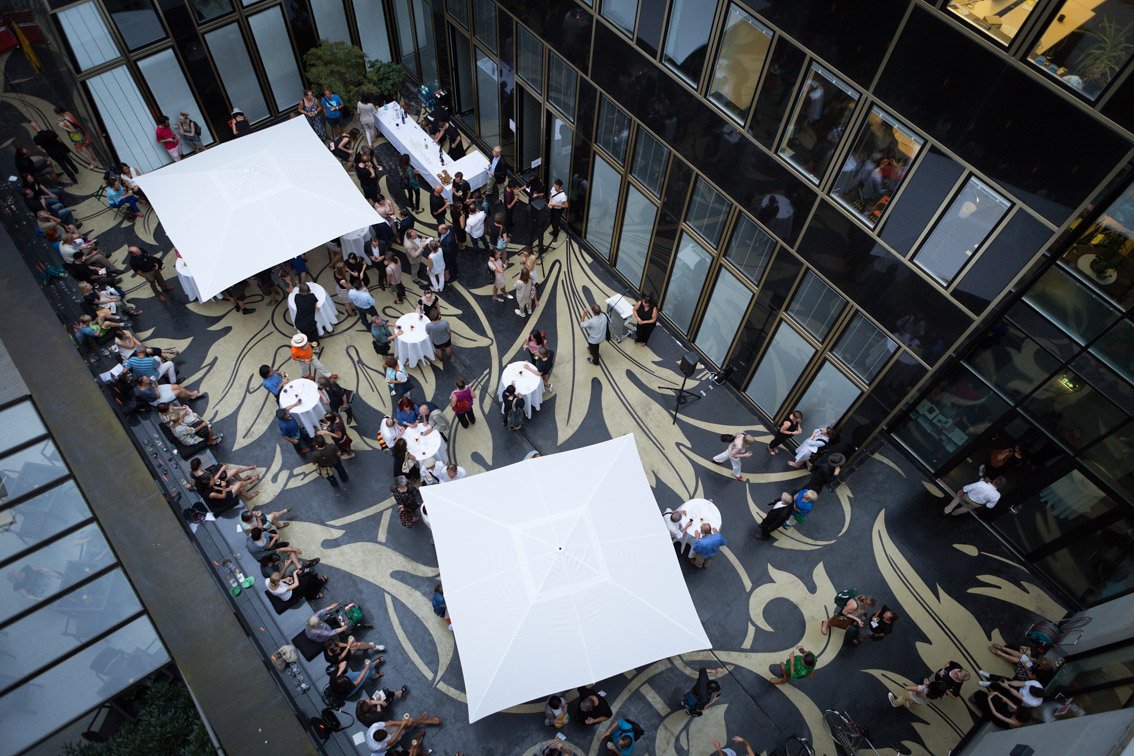 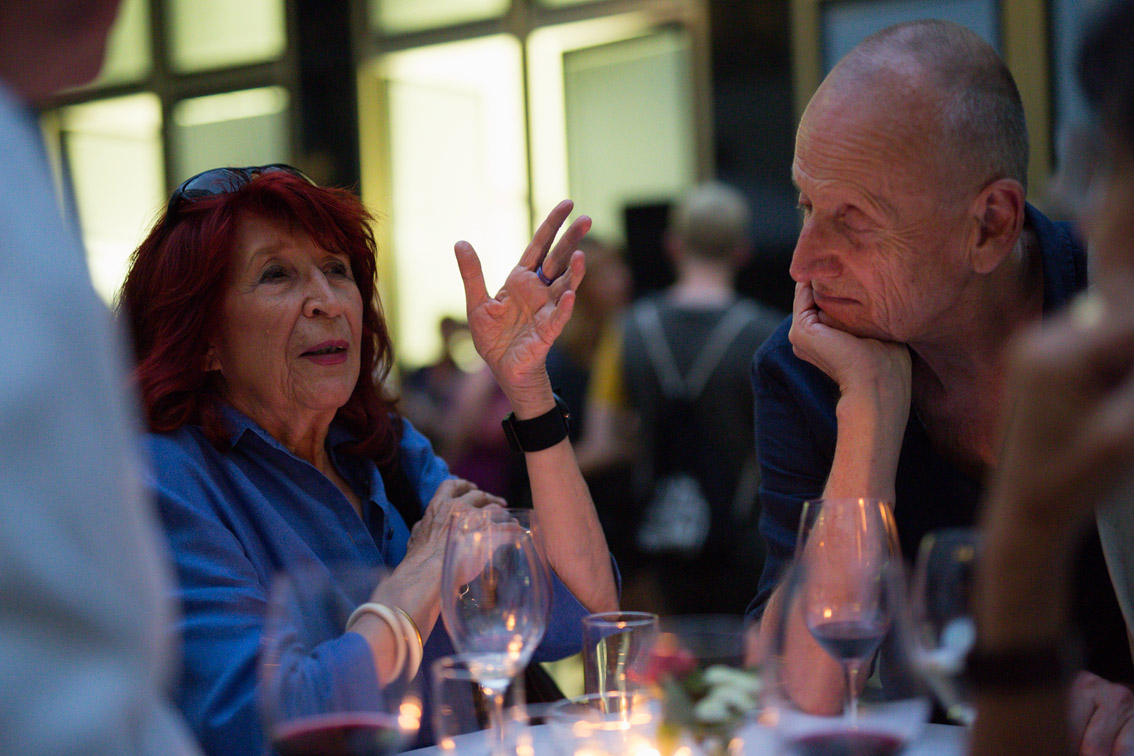 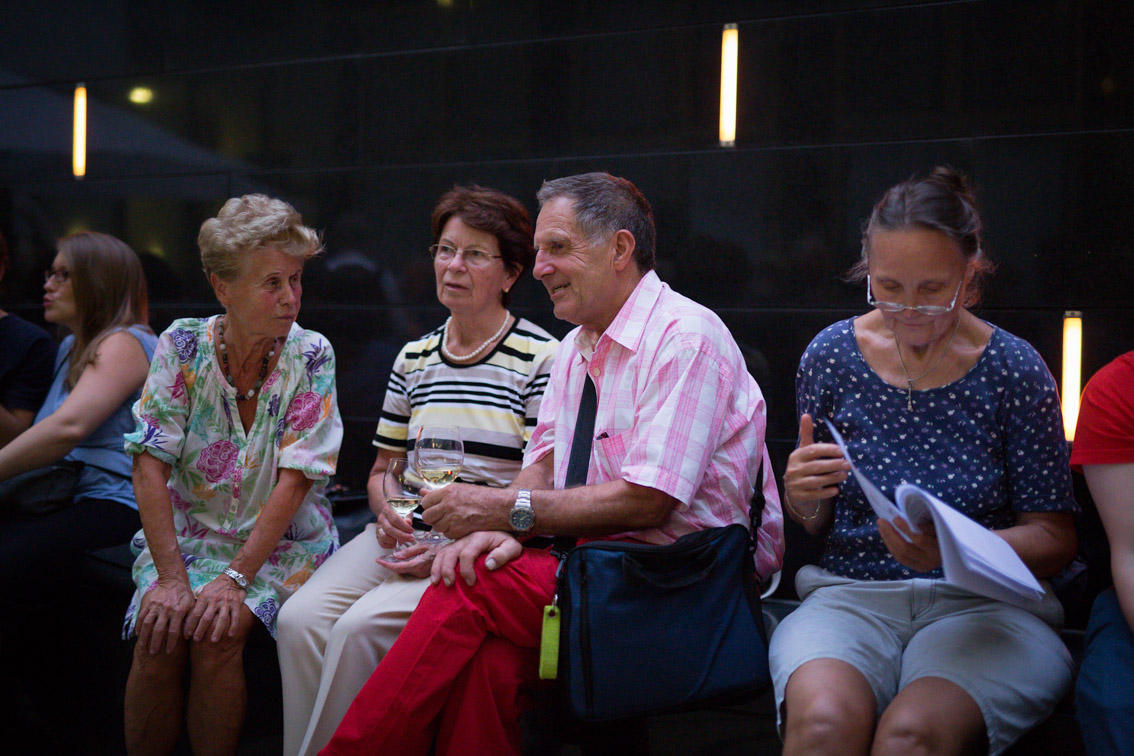 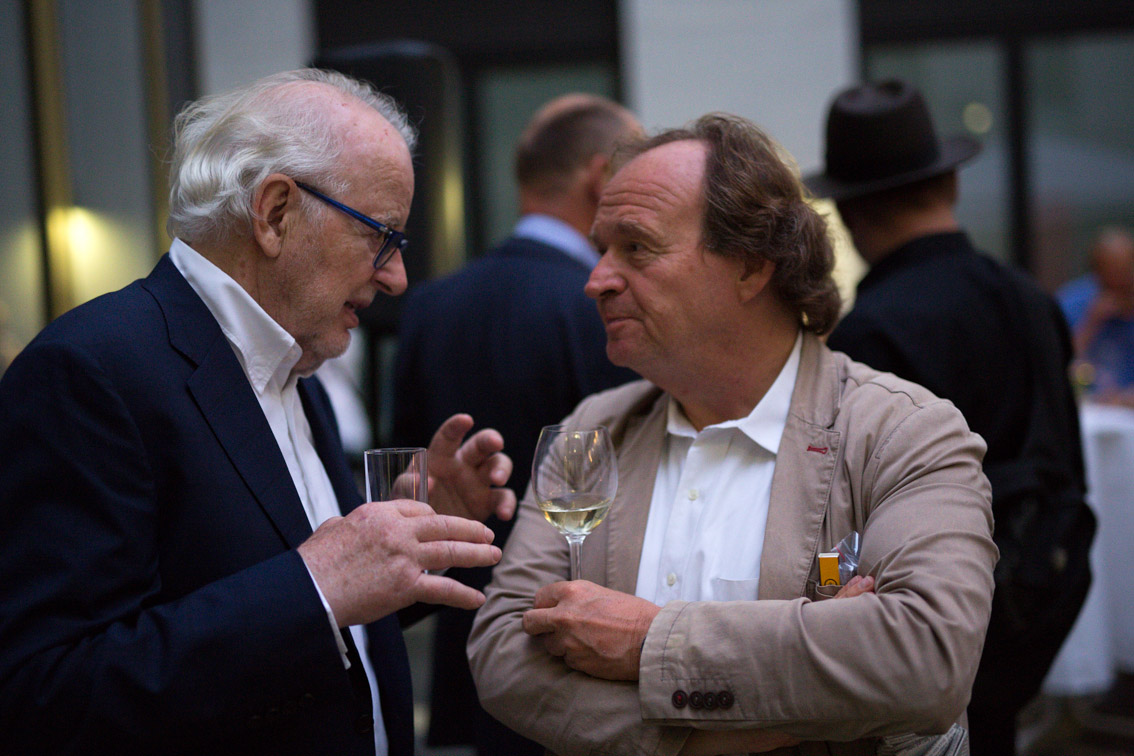 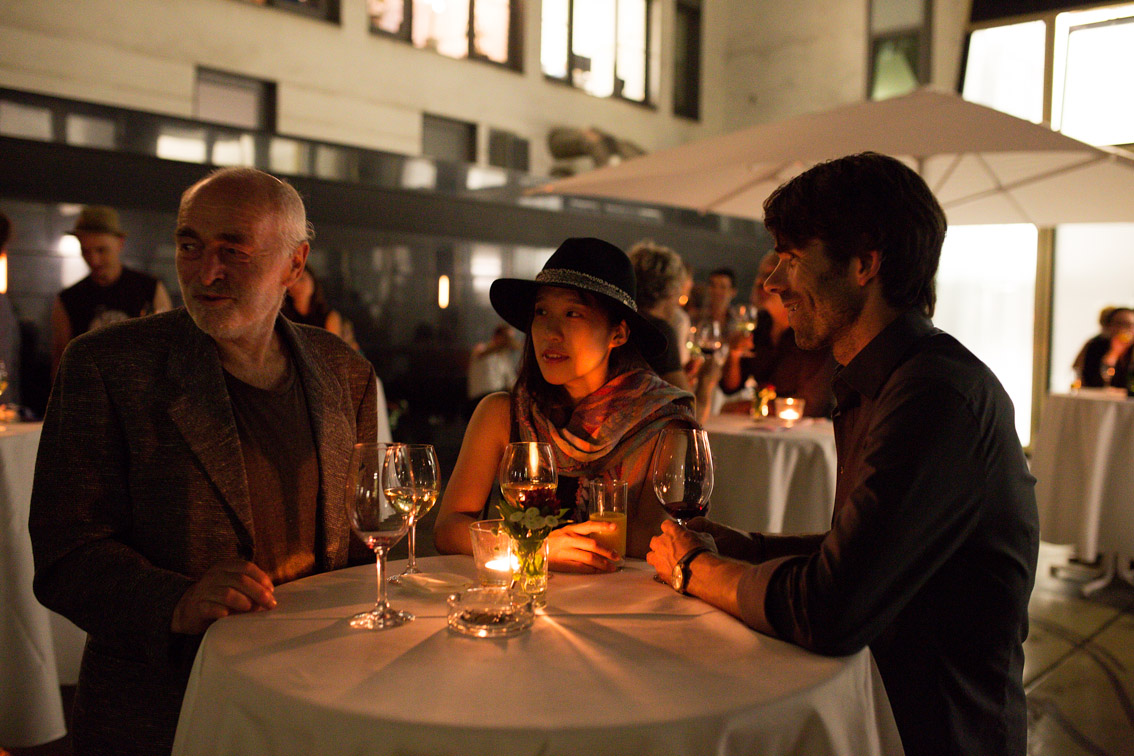 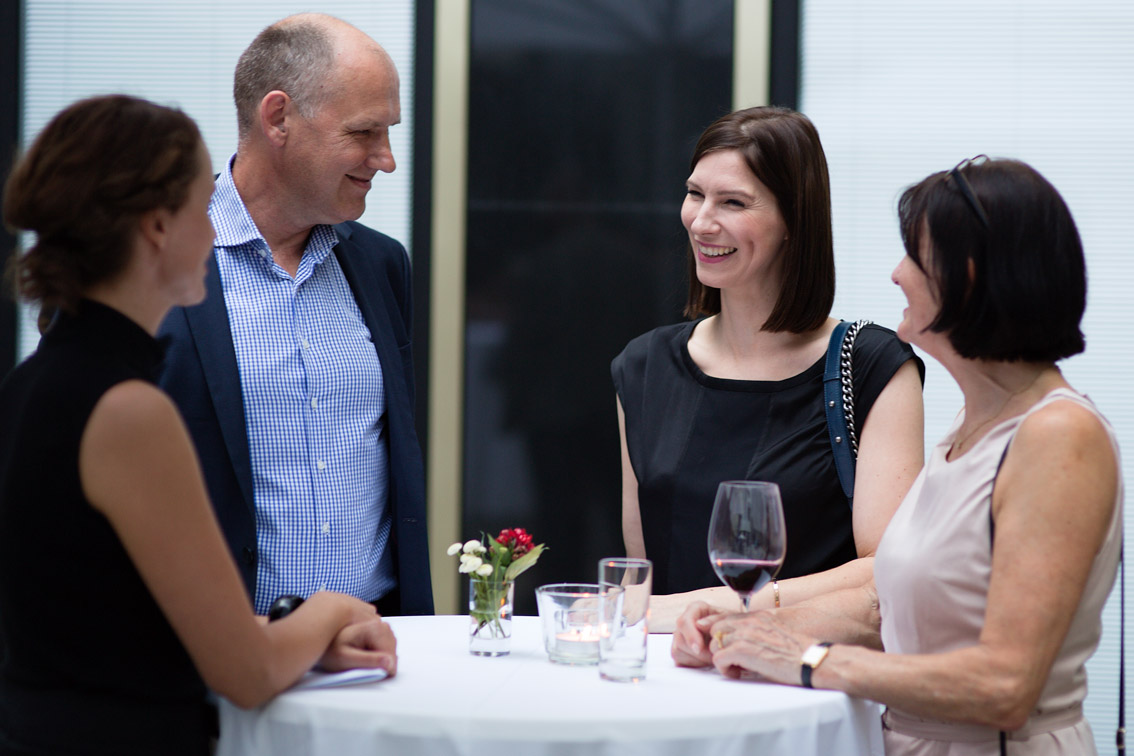 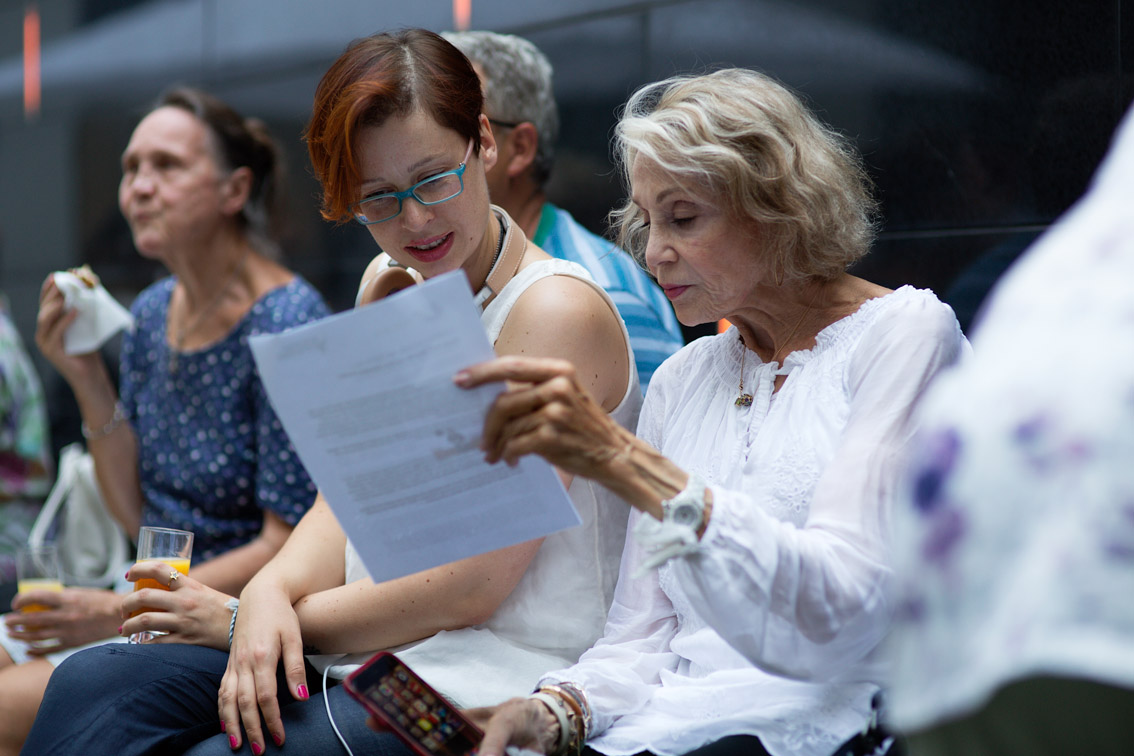 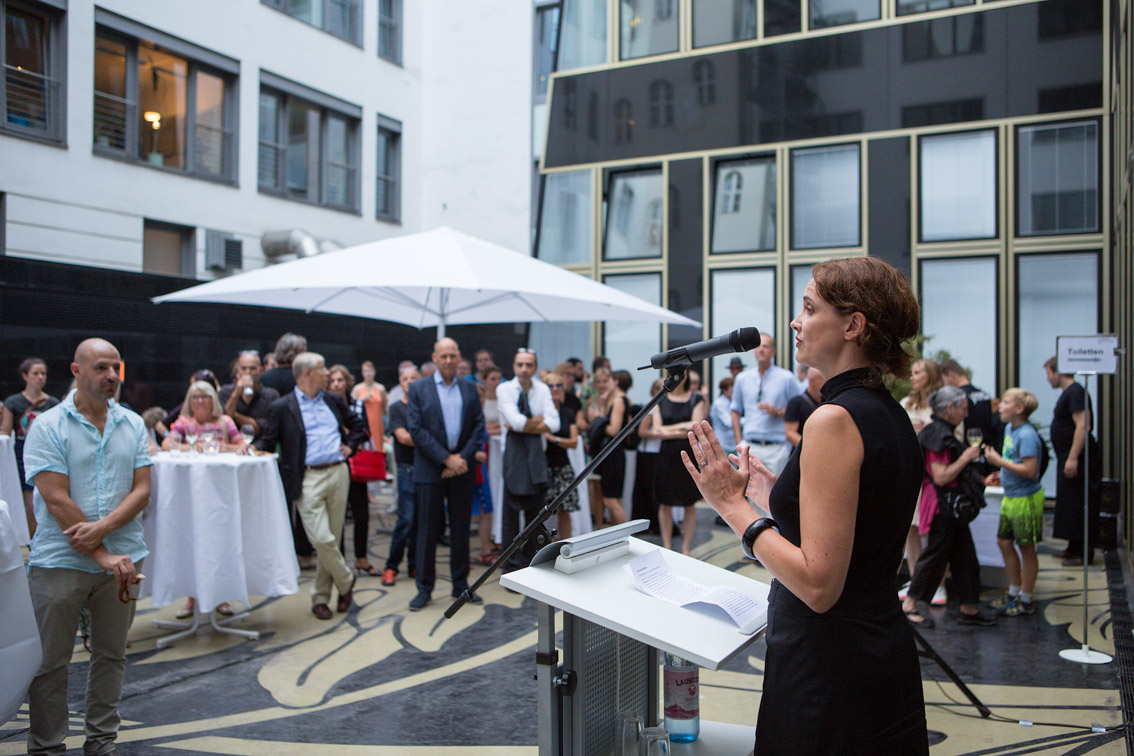 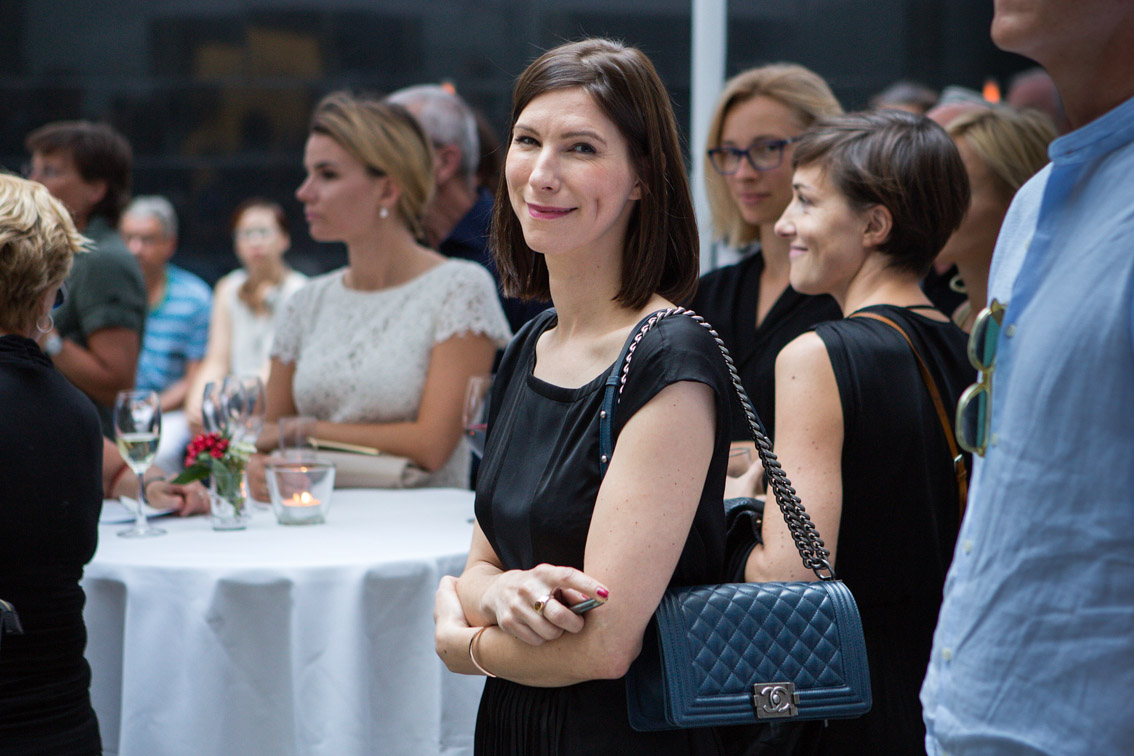 The German artist Yvonne Roeb embraces a world of sculpture that refers to myths, ancient customs, rituals or symbolism. Her evocative imagery does not follow a linear narrative, but rather unleashes an unknown, puzzling cosmos, articulating the poetically tuned, animated essence of life and existence. Employing a wide range of sculptural techniques – which build on the tradition of sculpture yet, through her use of modern materials and her conceptual approach to figure and space, situate her work in the 21st century – Roeb creates highly sui generis figures.
Yvonne Roeb’s work has been shown internationally and awarded with grants and art prizes. Parallel to her solo show at the Ernst Schering Foundation, Berlin, her works are currently also on display at the Rupert Pfab Gallery in Düsseldorf.