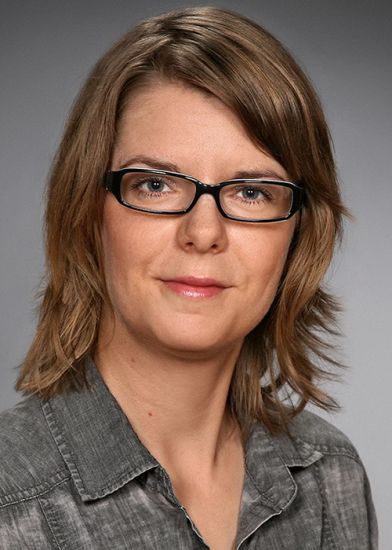 How does one become a scientist and what does a scientist do? What topics do scientists deal with and what happens with their research? These and other issues will be addressed by Dr. Anna-Barbara Stittrich from the German Rheumatism Research Center in Berlin (DRFZ) during a discussion with students at the Humboldt-Gymnasium in Berlin-Tegel on March 12, 2012. For her research in the field of immunology/rheumatology, Stittrich was awarded the DRFZ’s 2011 Avrion-Mitchison Prize, which is sponsored by the Schering Stiftung.

Stittrich will talk to the students about her career as a scientist, from her university studies to her doctoral research to her work at different research institutions in Berlin.

In addition, she will give an introduction to immunology in general and rheumatism in particular and explain the findings of her doctoral work. Her research focused on the regulation of the proliferation of T lymphocytes. Stittrich discovered that a so-called microRNA is responsible for the increase in T lymphocytes. In tests with mice, she was able to show that switching off this microRNA does not only reduce the proliferation of T lymphocytes, but drastically ameliorate the rheumatoid inflammation. Rheumatism is in auto-immune disease where the immune system attacks and destroys endogenous, healthy structures. More detailed information on Dr. Stittrich’s doctoral thesis is available here.

Dr. Stittrich’s lecture to Gymnasium students was initiated by the Schering Stiftung, one of whose key objectives is to get young people interested in, and excited about, the sciences. The lecture is to give Berlin students an insight into university work and help them choose their subject of study.

The Schering Stiftung is planning another Science Meets School event in September 2012, as part of the presentation of the 2012 Ernst Schering Prize to Professor Dr. Matthias Mann, director at the Max Planck Institute of Biochemistry in Martinsried. More information will be available on our website.

The lecture at the Humboldt-Gymnasium is not open to the public.