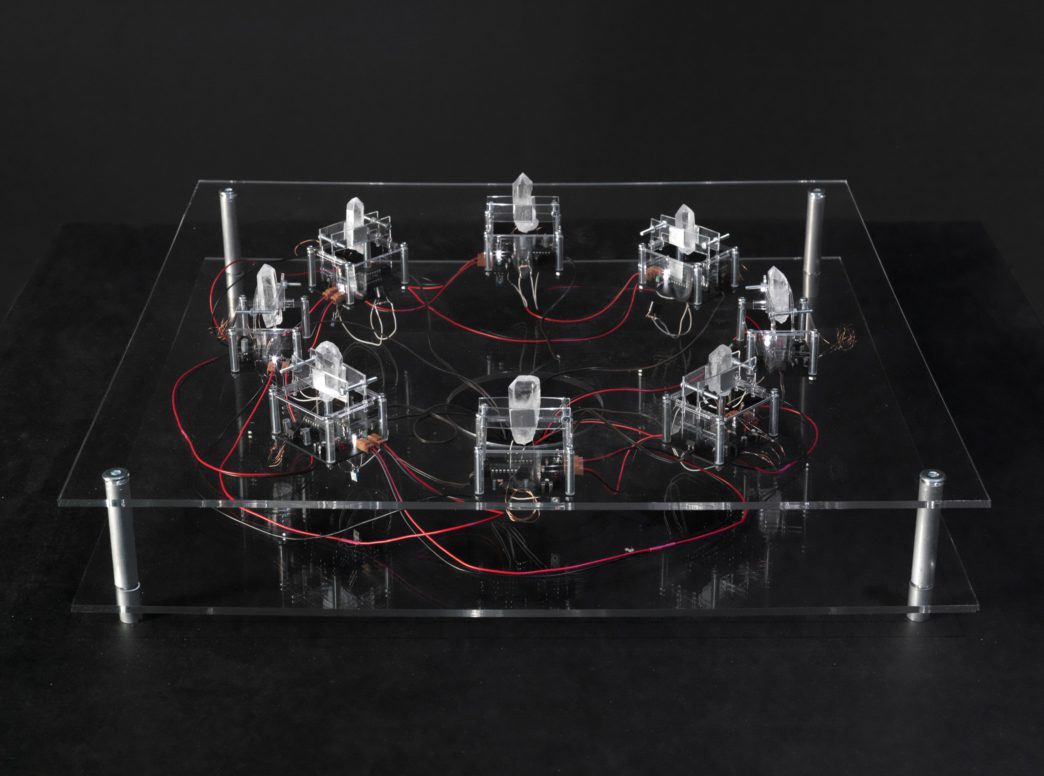 One week after Prof. Diebner’s talk on complexity reasearch, Prof. Dr. Georg Trogemann, Professor of Experimental Computer Science & Audio-Visual Media, Academy of Media Arts, Cologne, will give a public talk about “Algorithms in Art”, accompanying the exhibtion “IRRATIONAL COMPUTING” by Ralf Baecker. The lecture at the Schering Stiftung on Tuesday, November 15, 2011 at 6.30 p.m. will present how symbolic systems and materials enter into new constellations.

One major characteristic of algorithmics is its oblivion to material. Computer science has developed a number of symbol systems, all of which define the term “algorithm” in equivalent ways. The material basis on which the different formalisms are built as real machines is absolutely irrelevant for their fundamental efficiency. It seems that generally symbols and signs have won out in the hierarchization of mind and matter, signs and objects. Objects no longer take precedence over signs, but signs take precedence over objects.

Like computer science, art too initially was attracted by the immaterial images of information technologies, which promised to overcome the old material world once and for all. At the same time, the arts, by dealing with cybernetics, have early on developed an awareness of the materiality of information. Today, the dominance of transitory screen surfaces and digital projections in media art seems to be over. The relationship between software and hardware, code and material is looked at in new ways. Because of research areas such as nano- and biotechnology, but also because of the development of so-called smart materials and the possibilities of 3D printing, materiality has become a topical issue.

The lecture presents a variety of examples of how our ways of thinking and our symbolic systems enter into new and fruitful constellations with the material.

With the lecture and the exhibition IRRATIONAL COMPUTING, the Schering Stiftung supports the dialogue between comtemporary art and science. The lecture is public and free and will be held in German.

For further information about the exhibiton please click here.