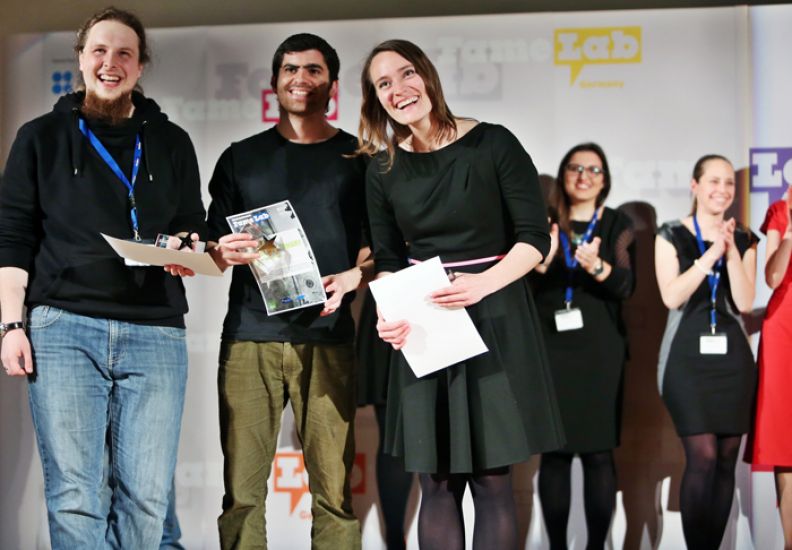 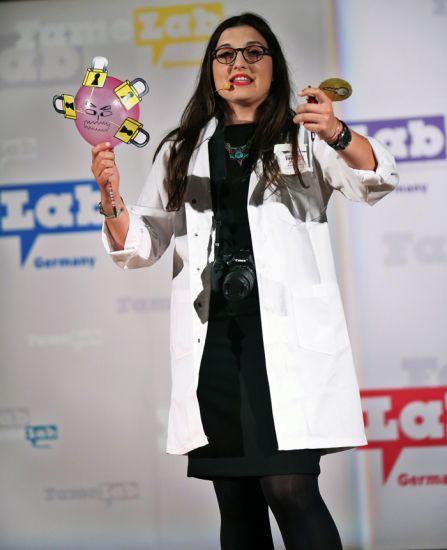 10.04.2015, Berlin | Themed “Talking Science,” the German regional heats of the prestigious international FameLab competition for young scientists took place in March 2015. FameLab was started by Cheltenham Festivals in 2005 to identify and nurture scientists and engineers who are good at communicating with the general public. In just three minutes, the contestants explain scientific processes to a non-specialist audience in an accessible and entertaining manner – without PowerPoint or notes. The finalists have been selected and will compete against each other on May 13, 2015, at Tollhaus Karlsruhe.

The FameLab competitions are held under the auspices of the British Council in more than twenty countries across Europe, Asia, Africa, and the United States. More than 5,000 scientists have participated worldwide. The result is a network of excellent scientists and engineers who engage with each other and an international audience and share information about current science issues.

Eligible for participation are master’s students and scientists over the age of 21 who study, work or do research in science, technology, mathematics, computer science, psychology or medicine. In addition to drawing the public’s attention to current research, participation in the FameLab provides the contestants with an opportunity to gain valuable experience in science communication and make important contacts with other passionate scientists!

This is how it works:
At the FameLab, young scientists from all over Germany compete to get an expert jury and the audience excited about their field of research. In just three minutes, they present a science topic in German or English – in a scientifically accurate yet entertaining and engaging way. Props that can be carried on stage are allowed. There are no limits to your creativity!

The regional heats took place in Germany between March and the beginning of April. In addition to a prize money of €300 (first prize) or €200 (second prize), the finalists receive a two-day communication and media training in April in Berlin before competing in the national final in Karlsruhe in May. Moreover, all heats included an audience award – a one-year subscription to GEO magazine. The winner of the national final will take part in the FameLab International competition at the Cheltenham Science Festival in the UK in June.

The Schering Foundation supports FameLab, since the competition provides young scientists with a platform to communicate their research to the public and to network with other young scientists. The competition, moreover, aims to build a talent pool of science communicators worldwide and to strengthen the dialogue between science and society.

The Schering Foundation wishes all finalists the best of luck!

For more information on the competition and the registration process, please visit
www.famelab-germany.de.