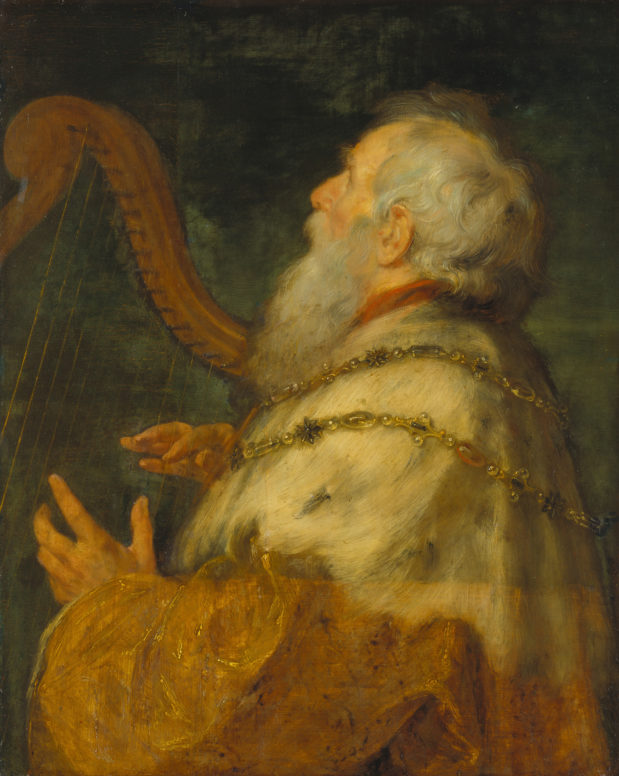 Since 1867, the painting of “King David Playing the Harp” by Peter Paul Rubens and Jan Boeckhorst is among the Städel Museum collection’s outstanding examples of Flemish Baroque painting. Among other things, it provides an insight into the standard workshop practice at the time, because only a part of the painting was actually done by Rubens: the head was created ca. 1616 as a study on a small board.

It was only after Rubens’ death that the character head, or “tronie,” was enlarged by his former collaborator Boeckhorst and transformed into the full-blown picture of King David. The exhibition shows the use of the “tronie” in compositions by Rubens and examines the additions and the extent of the painting-over by Boeckhorst who left Rubens’ head not only “uncrowned,” but completely untouched. The exhibition also documents the contemporary reception of Boeckhorst’s “David,” which—just like other enlarged heads from the Rubens estate—could be offered on the Antwerp art market.