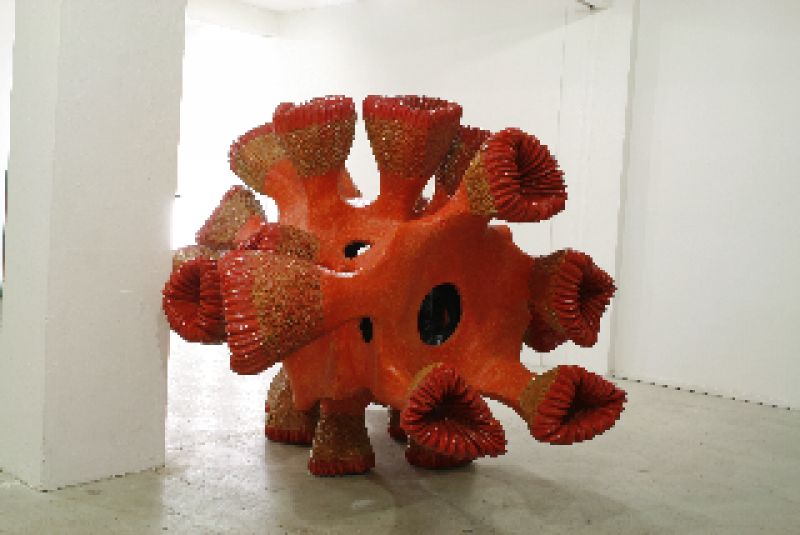 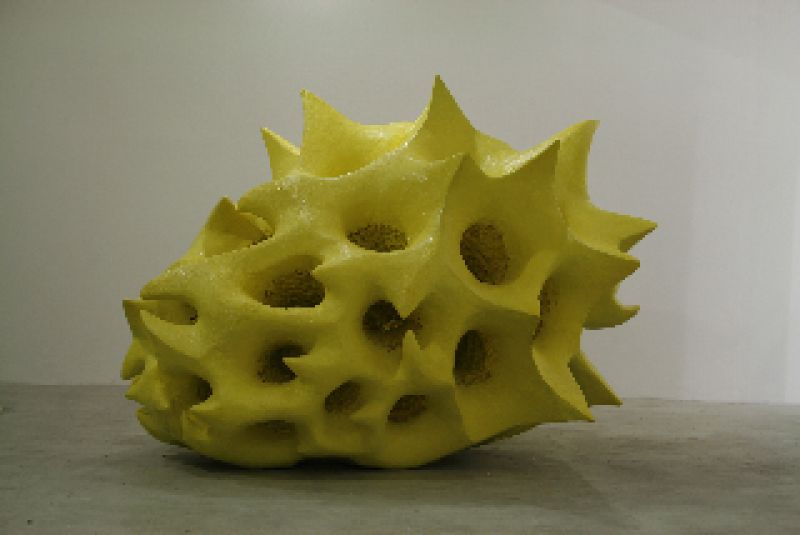 Artificial life no longer seems to be a fiction. For the first time, scientists have succeeded in creating a viable bacterium from an artificial genome. The rapid progress in genetics and molecular biology, and most recently in synthetic biology, has also led to new forms of artistic exploration and expression. On September 16, 2010, at 7 p.m., the exhibition “Beyond the Human Being” will open in the Lecture Hall Ruin of the Berlin Museum of Medical History. In this exhibition, the Berlin-based artist Reiner Maria Matysik explores the possibilities and risks of a bioscience-enhanced future that seems to be just a heartbeat away.

The exhibition, which was developed by the Berlin Museum of Medical History in cooperation with the Berlin-Brandenburg Academy of Sciences and Humanities, shows sculptural and installation works – enigmatically sprouting forms of life, such as might result soon from the boundless manipulation of life. In addition to the models of “future life forms,” which were created in dialogue with the Berlin Museum of Medical History’s nineteenth-century moulage collection, Matysik also presents a “living sculpture”: With the aid of the German Institute for Cell and Tissue Replacement, the artist’s own body cells were cultivated and have grown into a sculptural form that was prepared in cooperation with museum taxidermist Navena Widulin and thus made accessible to the public.

The exhibition at the interface of art and science is sponsored by the Schering Stiftung because of this linkage, its controversial subject-matter, and its high artistic and scientific quality.

In recent years, a number of art exhibitions and art projects on the social consequences of life science research and application have been realized internationally, producing new art movements such as the so-called “bio art” or “transgenic art.” In Germany, there has been comparably little interest so far; the works by Reiner Maria Matysik now give more extensive expression to these concerns. The exhibition will be accompanied by an interdisciplinary conference entitled “Life 3.0 and the Future of Evolution,” which will take place on September 16-17, 2010. Featuring experts from the cultural studies and life sciences, it will be held in the Lecture Hall Ruin of the Berlin Museum of Medical History and in the Einstein Hall of the Berlin-Brandenburg Academy of Sciences and Humanities. Together with the exhibition “Beyond the Human Being,” the project “Life 3.0 and the Future of Evolution” wants to provide food for thought and open up new perspectives on one of the most important questions for the future of society.

Additional information is available at:
http://www.bmm.charite.de/aktuelles/Mat/jenseits.html

Conference “Life 3.0 and the Future of Evolution”
September 16–17, 2010
Registration required.
For additional information, please visit the website of the Berlin-Brandenburg Academy of Sciences and Humanities.