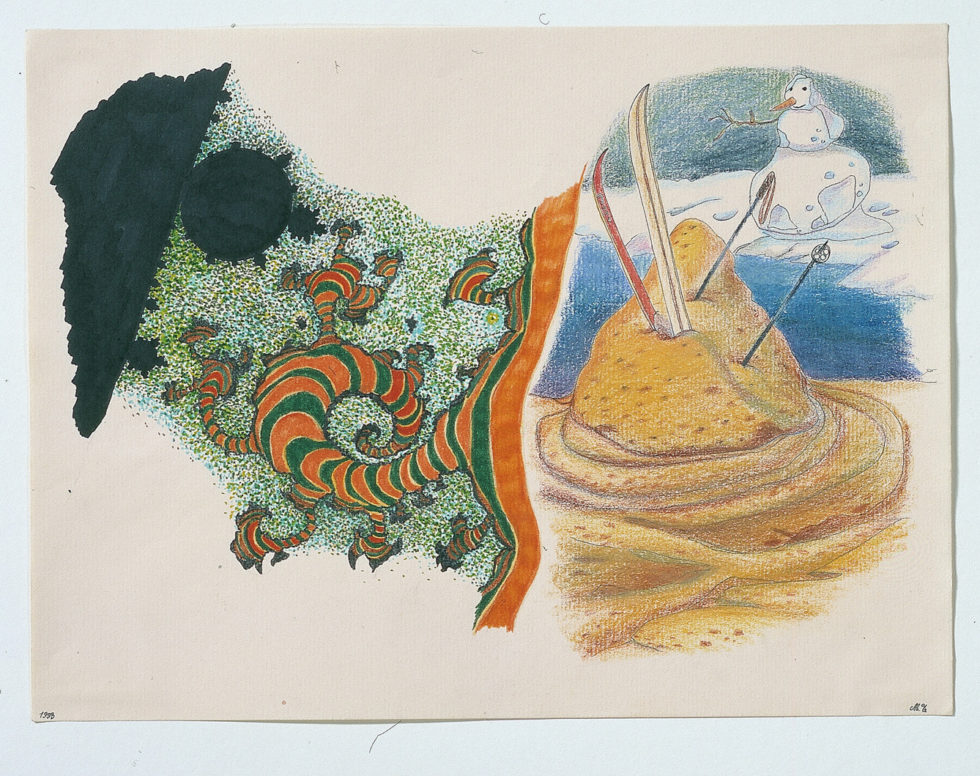 Moscow Conceptualists at the Berlin Museum of Prints and Drawings

Moscow Conceptualists at the Berlin Museum of Prints and Drawings

Parallel to the exhibition “Berlin-Moscow/Moscow-Berlin, 1950-2000,” on view at the Martin-Gropius-Bau in September 2003, the Museum of Prints and Drawings (Kupferstichkabinett) hosts an exhibition of graphic works of Moscow Conceptualism, which is sponsored by the Schering Stiftung. Is it the first time that this work is presented to a broader public in Germany.

The exhibition was occasioned by the generous donation to the Museum of Prints and Drawings of over fifty works of this movement from the collection of artist Haralampi G. Oroschakoff. The presentation is supplemented by gifts and loans from Vadim Zakharov, artist, publisher and archivist of this artistic movement of the 1980s and 1990s.

From a historical distance, under radically different social and political conditions, the artists of Moscow Conceptualism deal with traditional concepts of visual and textual representation. Partly rooted in the great iconic tradition of Russian art, this tradition is re-examined ironically.

The underground phenomenon of Moscow Conceptualism is an important part of Soviet and post-Soviet art. The works draw their potential from the tension between conceptual art and its spontaneous and playful undermining. The beginnings of conceptualism reach back to the totalitarianism of the 1970s. It also treats the utopian claims of the Russian avant-garde ironically. The spectrum ranges from traditional techniques of book illustration and collages to the use of new media and also include narrative elements and textual montages. In the final analysis, conceptualism questions not only the role of the artist itself, but the power of visual representation in society.