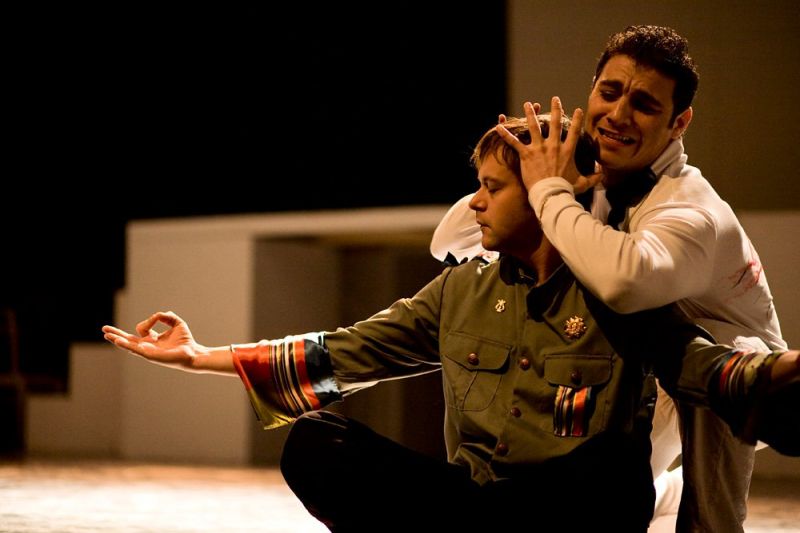 ¡Everything is Different?
Photo: © Maik Reichert

¡Everything is Different?
Photo: © Maik Reichert

The festival takes place in the fall at four locations in Ukraine:

There is a war in Ukraine. For many people, especially abroad, it is a global conflict between the East and the West. But for Ukrainians, this conflict is not abstractly global, but very concrete: it is an integral part of their everyday life. As part of a theatre and performance festival, the project “¡Everything is Different?” by Peter Schwarz, this year’s winner of the “kultur-im-dialog.eu+” (Culture in Dialogue.eu+) competition organized by the Schering Stiftung and MitOst e.V., wants to reflect on the conflict and to give the affected people a voice.

Fifteen theatre groups featuring actors from Western and Eastern Ukraine as well as from Poland, Russia, Belarus and Germany will meet at these places to present the results and findings of their engagement with the topic. They will discuss with each other and with the audience the effects of war and conflicts on our society.

Since 2008, the competition “kultur-im-dialog.eu+” (Culture in Dialogue.eu+), a joint program of the Schering Stiftung and MitOst e.V., has supported cultural projects. It honors projects that deal with the individual experiences and national transformation processes in Europe and its neighboring regions.

The project is realized in cooperation with VladOpera e.V. and Kultura Medialna.