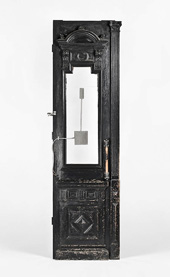 An interactive installation at Karlsruhe

An interactive installation at Karlsruhe

In 2011, the Schering Stiftung and MitOst e.V. for the fourth time organized the joint competition “kultur-im-dialog.moe” (culture-in-dialogue.moe). The competition is designed to promote cultural projects that foster the long-term relationship between neighboring countries and/or in border regions in Eastern, Central and Southeastern Europe. One of the winning projects is the interactive art project „OPEN DOORS“.The main program, comprising a creative lab, discussions, various art activities and the presentation of interactive media installations, will take place on August, 29—September, 11 2011, in various venues of the city Karlsruhe.

The interactive and socio-cultural project “Open Doors”—drawing unusual forms of art and current social issues—will be presented in the public space of the city Karlsruhe to the attention of a diverse audience. The key element of the project “Open Doors” is a series of interactive installations designed specially for the doors of public buildings by the Lithuanian artist Julijonas Urbonas. The artist has been investigating artistically the topic of the door for several years, and most recently realized this interest within the program “Vilnius European Capital of Culture 2009”.

The sound art installation “Sounding Doors” will explore the potential of the door’s sonic aesthetics. The project invited musicians, composers, sound artists and engineers to create compositions for a door as an aesthetic medium. The special electronic equipment installed in various sites of Karlsruhe will enable them to sonify the act of opening or closing the door and the ritual of stepping over the threshold. The participating authors will shape the door’s sonic character, created the building’s “voice”, make their contribution to the city’s soundscape or just compose music for the door. The latter will become both a musical instrument and a stage, while the composers and the “users” of the door alike will act as performers. Sound designers create the sounds of mobile phones, crispy corn flakes and even hairdryers, while apparently leaving such essential element of daily experience as the door without due attention. Although sound design and architectural acoustics have become disciplines in their own right, the sound of architecture itself is still rarely discussed. Why are we confined to choosing a door for our home space only based on the visual characteristics of the former and not, for instance, the specific sound of its hinges?

The selected compositions from the Open Call will be played by opening/closing the door augmented with specially integrated electronics.

various venues of the city Karlsruhe

September 7-8, 2 to 7 p.m. at “Kunstraum: Morgenstraße”
Workshop „Sounding Architectures“ by Julijonas Urbonas for musicians and architects.

The project was carried through in cooperation with the following organisations and institutions:
Staatliche Hochschule für Gestaltung Karlsruhe
Center for Art and Media, Karlsruhe
Kunstraum: Morgenstrasse, Karlsruhe