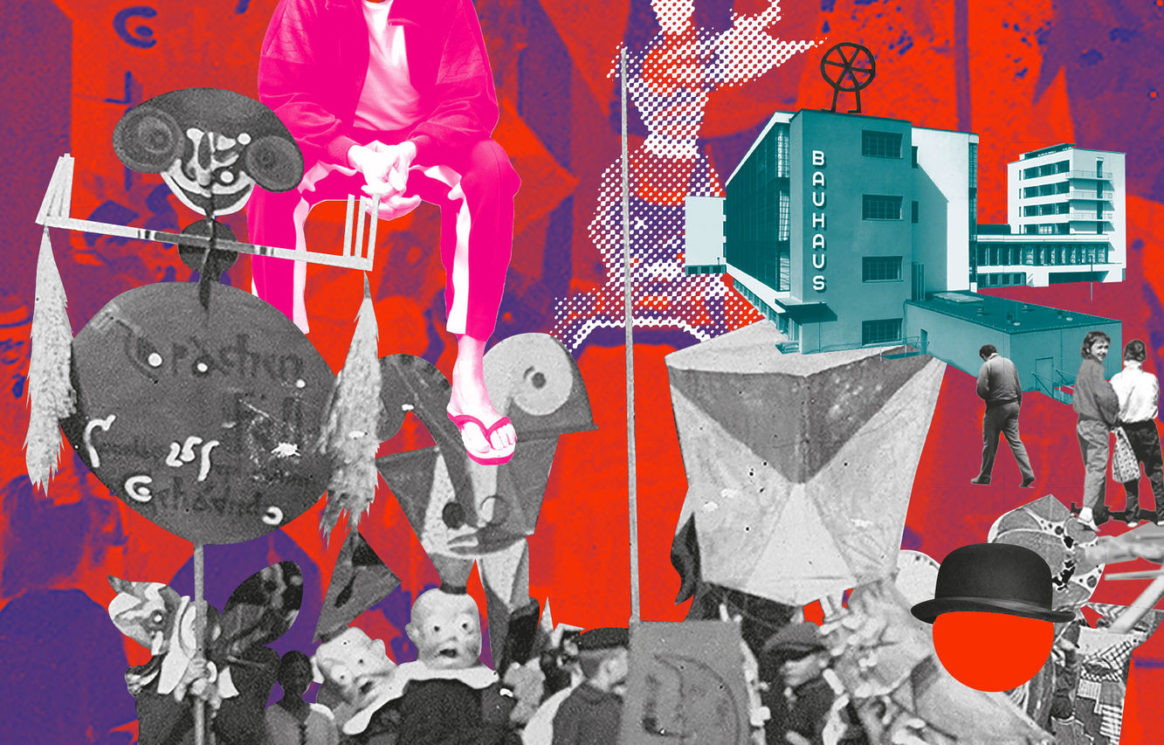 Headphones are required for part of the performance. Please allow enough time before the performance to borrow them from the cloakroom for a deposit.

After the performances there will be a concert on June 20 with Alte Sau and on June 22 with Der Plan.

In an act of self-assertion, Mies van der Rohe closed the Bauhaus in Berlin with the masters and students on July 20, 1933. This was more than 85 years ago. But the greater the distance to the happy, historical moments of the Bauhaus, the greater the expectation and longing for its presence and topicality. Is the radiant Bauhaus invention still alive or has it long since mutated into an omnipresent but now meagerly ridden zombie museum? After a critical inventory of the Bauhaus ideas in the anniversary year, we want to pause for a moment and celebrate an aggressive farewell party in the form of a large, concertante funeral: the sharpest updating of the great Bauhaus presupposes its temporary suspension as protection against general duplication.