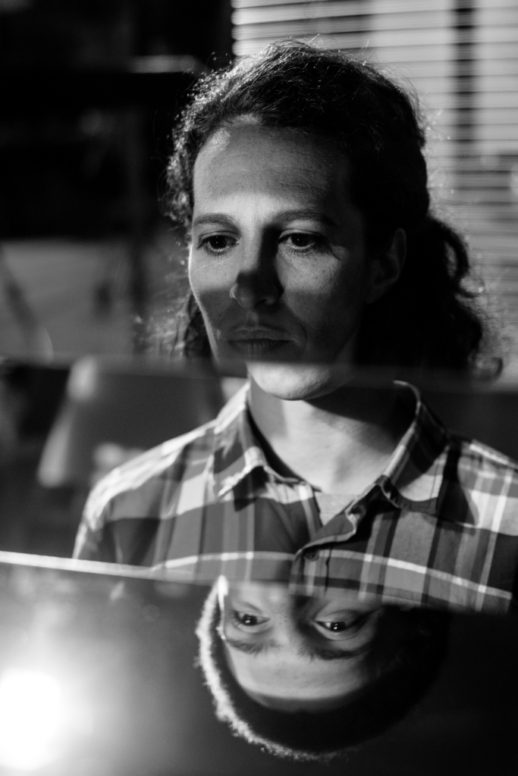 SALTWATER: A Theory of Thought Forms

SALTWATER: A Theory of Thought Forms

From September 5 to November 1, 2015, the 14th Istanbul Biennial entitled “SALTWATER: A Theory of Thought Forms”, curated by Carolyn Christov-Bakargiev, presents works by over 80 artists from Africa, Asia, Australia, Europe, the Middle East, Latin America and North America, displayed in over thirty venues on the European and Asian sides of the Bosphorus. One of them is Daria Martin whose project is supported by the Schering Stiftung. The 14th Istanbul Biennial will host the premiere of Daria Martin’s new film “At the Threshold”, which is in conversation with her previous work “Sensorium Tests” (2012). “At the Threshold” depicts conflictual and consensual scenes between a pair of characters with too much empathy, and a third person, who stumbles into their carefully calibrated world.

Daria Martin (b. 1973, San Francisco) is an artist based in London. After studying Humanities at Yale, Martin received her M.F.A from the University of California, Los Angeles, in 2000. Some subjects Martin’s work touches on include feminism, sensation, mythology, and mirror-touch synaesthesia. Working primarily in 16 mm film, her work has been exhibited in many famous museums all around the world including The New Museum, New York, Tate Britain, London, and Stedelijk Museum, Amsterdam. Two of her films will meet the audience at the 14th Istanbul Biennial. While Martin’s 2012 film “Sensorium Tests” will be shown for the first time in Istanbul, her new film “At the Threshold” (2015) will be having its world premiere there.

The 14th Istanbul Biennial, drafted by Carolyn Christov-Bakargiev, is a city-wide exhibition on the Bosphorus considering different frequencies and patterns of waves, the currents and densities of water, both visible and invisible, that poetically and politically shape and transform the world. The exhibition hovers around the image and meaning of waves – literal waves of water, but also waves of people, waves of emotion and memory. Carolyn Christov-Bakargiev states, “Salt water is one of the most ubiquitous materials in the world. Sodium in our bodies makes our neurological system, and thus our vital systems, work; it literally keeps us alive. At the same time, salt water is the most corrosive material threat to the digital age: if you drop your smart phone in salt water, chemical molecular changes in the materials of your phone will break it. When you visit the 14th Istanbul Biennial, you will spend quite a bit of time on salt water. There is a slowing down of the experience of art due to the travel between venues, especially on ferries. That is very healthy: salt water helps to heal respiration problems and many other illnesses, as well as calming the nerves.”