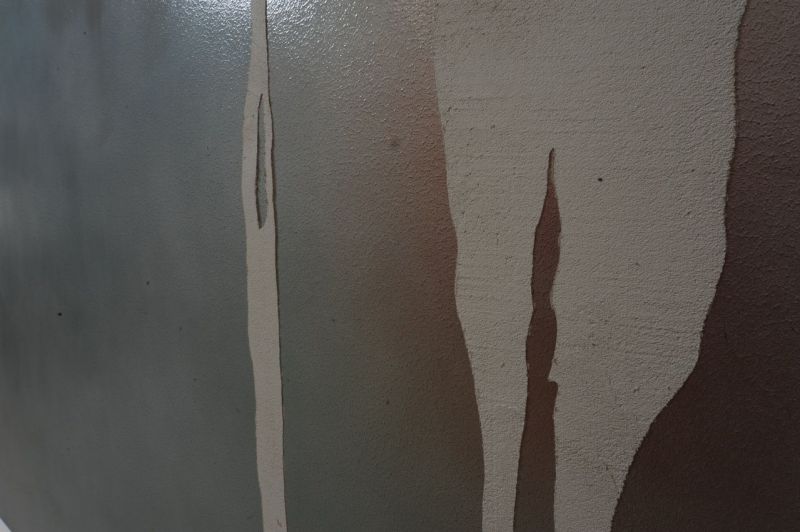 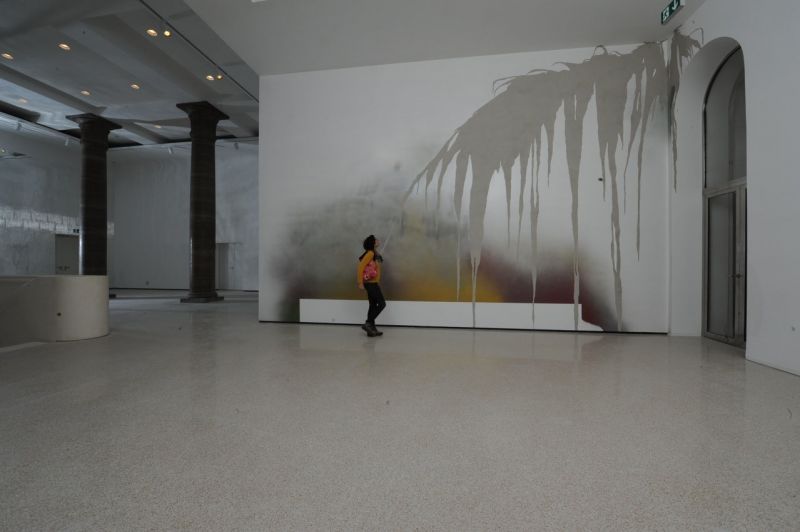 ”sid” by Leni Hoffmann at the Städel Museum

”sid” by Leni Hoffmann at the Städel Museum

The site-specific work sid by Leni Hoffmann is characterized by phenomena such as transformation, time, movement, and taking a break. Leni Hoffmann plays with visual disruptions, re-inventing the work in the process of viewing it. She sets up a geometrical plane painted with a very shiny, iridescent color shift (flip flop) paint, which changes colors, from white-silvery to orange to a broken green, when seen from different angles. The viewer’s movement thus determines the color. Every time the viewer takes up a position, s/he co-creates the color determination. This plane, which is installed along the walls, is disrupted by an organic plaster area. Water is poured on the plaster to determine its shape. The color possibilities relate to the plaster surface as well as the remaining wall and window surfaces.

Born in Bad Pyrmont in 1962, Leni Hoffmann now lives in Düsseldorf and works “in situ,” i.e. at the site of her respective work in progress. She graduated with a master’s in fine arts from the class of Georg Karl Pfahler at the Academy of Fine Arts in Nuremberg. Since 2002, Leni Hoffmann has held a chair in painting and graphic arts at the State Academy of Fine Arts in Karlsruhe.

Her work negotiates the complex terrain between autonomous art and relinquished authorship. Her mostly ephemeral works intensify the specific encounters between the viewer and the artwork at its site of creation in real time. Leni Hoffmann’s three- and two-dimensional interventions make it possible for the viewer to walk her large-scale installations and their spatial relations by taking up a position. Leni Hoffmann sees the viewer as a crucial, incalculable potential of her work.

In Leni Hoffmann’s work, thus the viewer plays a key role. The space orientation of the works can only be appreciated by the constantly changing position of the viewer. Leni Hoffmann emancipates painting: away from the canvas, towards real space and objects of everyday life.