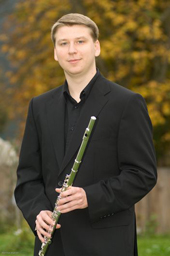 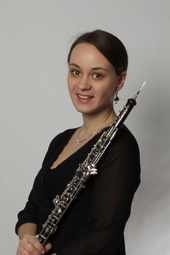 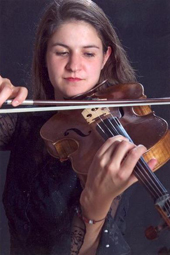 From autumn 2005 until autumn 2009 the Schering Stiftung supported four talented young musicians with scholarships for the prestigious Orchestra Academy of the Berlin Philharmonic Orchestra. For the young instrumentalists, it is a unique opportunity to learn from acknowledged professionals and to prepare for the high demands of a top-level orchestra.

The idea originated with Herbert von Karajan, long-time chief conductor of the Berlin Philharmonic Orchestra. Because he was worried about the lack of qualified young musicians, he established the Orchestra Academy, an institution which until today has primarily one goal: to prepare young, exceptionally talented instrumentalists for the high standards of the Berlin Philharmonic Orchestra and other international top-level orchestras.

Since its founding in 1972, the Orchestra Academy has adhered to an effective concept: under the protective wing of the orchestra, young musicians complete a two-year course of study, which is funded by a scholarship. They regularly receive private lessons from the concert masters, principals and soloists, participate in rehearsals and concerts of the orchestra and take lessons in chamber music. The goal of the training is to perfect the artistic skills of the young musicians and to familiarize them with the sound ideal of the Berlin Philharmonic Orchestra. Most of the fellows can immediately obtain positions in leading international orchestras, over half of them as section principals.

Born in 1985, the Latvian cellist Ruslan Vilensky was only fourteen years old when he won First Prize at the Karl Davidoff International Competition. This was followed by numerous awards, scholarships and master courses. Since 2003, the young musician has studied at the Hanns Eisler Academy of Music in Berlin in the class of David Geringas. He has already had the opportunity to perform as a soloist with many renowned orchestras including the North German Philharmonic Orchestra Rostock or the Riga Festival Orchestra.

The Hungarian oboist Marta Malomvölgyi was born in 1980. The recipient of several awards studied oboe at the Franz Liszt Academy of Music in Budapest and at the University of Music and Performing Arts in Stuttgart. During your fellowship at the Orchestra-Academy Márta Malomvölgyi described her goals as follows: “Later, I would like to pursue a career in a symphonic orchestra. I also hope to be able to perform many chamber concerts. Above all, I want to gain experience in playing with an orchestra and broaden my solo repertory.

Born in 1980 in the Bulgarian city of Varna, the violist Stanislava Stoykova received her musical training, among other places, at the State Music Academy in Sofi a, the Berlin University of Arts, and at the Liszt School of Music in Weimar. The fellowship of the Schering Stiftung at the Orchestra Academy meant a lot to Stanislava Stoykova: “The scholarship enables young musicians to play in an orchestra that is an extraordinary one in every respect and to work with the greatest conductors. This remains an unforgettable experience. One learns a lot about chamber music, about how to play in an orchestra and how to deal with each other both as musicians and individuals.”