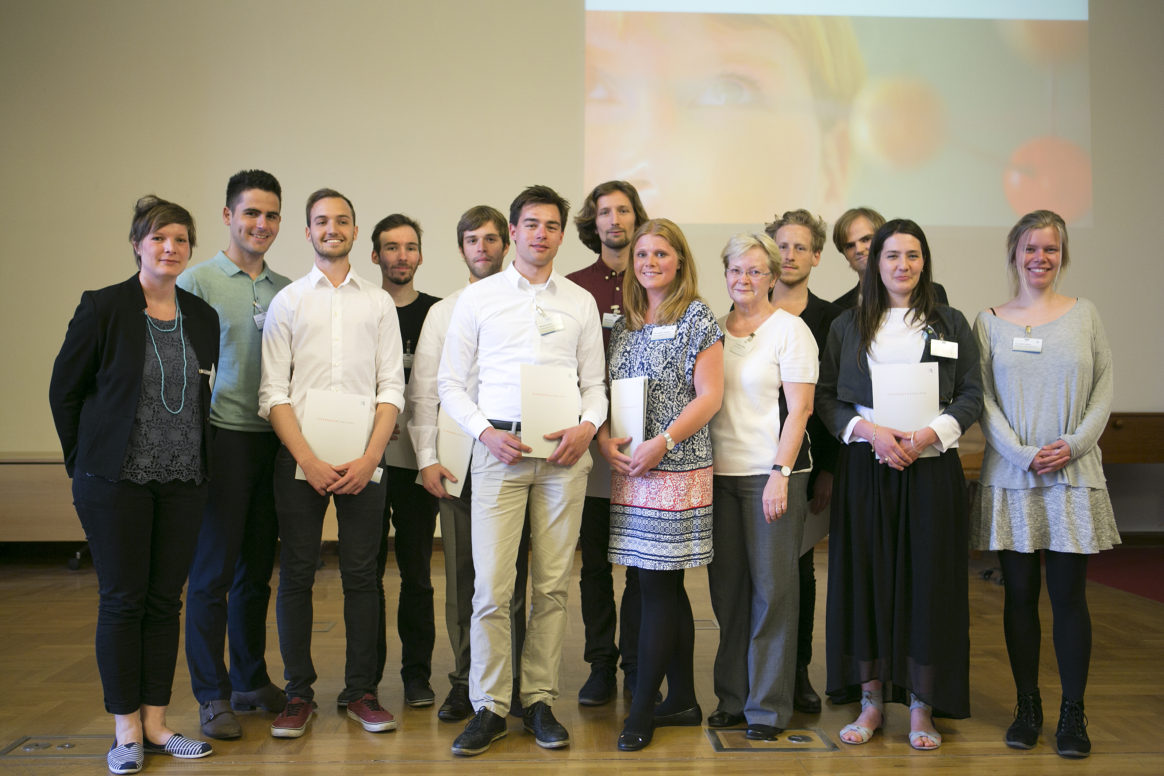 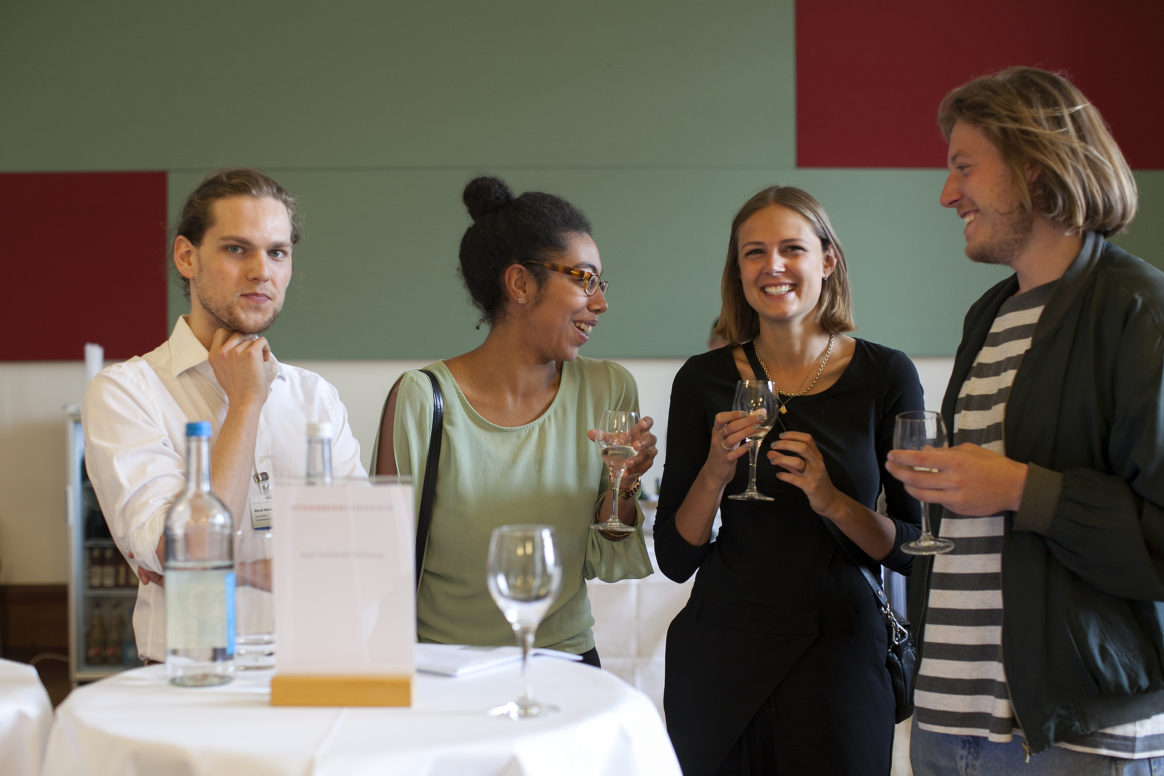 As part of its programs to promote young talents, the Schering Stiftung has participated in the Germany Scholarship program of the Federal Ministry of Education and Research since the 2012 summer term. The Humboldt University launched a pilot project called “theme courses” in the 2013 summer term. Students from a variety of disciplines meet regularly over the course of one year to work on a joint research project. After the big success of the 2013 and 2014 theme courses, the project will be continued in 2015 in cooperation with the “Image Knowledge Gestaltung” cluster of excellence.

Fifteen bachelor’s and master’s students from disciplines as diverse as biophysics/physics, the social sciences, cultural studies, art and image history, European ethnology, psychology, business informatics, and philosophy will meet regularly over the course of one year. In groups of up to three, the scholarship recipients will do research on one of seven base projects at the interdisciplinary “Image Knowledge Gestaltung” laboratory.

Situated at the disciplinary intersection of the cultural and natural sciences, the project Analog Storage Media investigates analogous memory processes to gain knowledge that might become productive for future storage technologies. Among other things, “historical” storage media such as records are tested experimentally using state-of-the-art technologies and knowledge.

The second base project is called “The Anthropocene Kitchen: A Laboratory Connecting Home and World.” The term “anthropocene” denotes the fact that human activity is changing the planet on a global scale. The base project links this topic with a key human activity, eating.The kitchen is the place where individuals shape global flows of material and energy as well as social, economic and cultural relations. The Anthropocene Kitchen is concerned with analyzing these connections and developing concepts on how to design, organize and configure these connections in the future.

The base project “The Epistemic Reverse Side of Instrumental Images” engages in research on, among other things, the analysis and recognition of facial expressions. A 3D facial expression archives forms the data basis for a statistical analysis, which makes it possible to identify relevant facial form and surface patterns. A key aspect is computing a similarity value between faces with the aid of an algorithm. Traditional mathematical similarity metrics only partly reflect human perception.

A central object of research of the base project “Experiment & Observation” is interdisciplinary collaboration – in science in general and in the “Image Knowledge Gestaltung” cluster of excellence in particular. The aim is to investigate the broader obstacles and to apply the insights to the particular obstacles encountered in interdisciplinary collaboration. We may perhaps learn more about the knowledge processes in research contexts if we deliberately shape and organize the obstacles to these processes.

As part of the fifth base project “Gender & Gestaltung,” the scholarship recipients take a look at the relationship between image, knowledge, Gestaltung, and gender. Gender is not just a biological category but a site of social practice in all areas of life, e.g. in negotiations about “race” and (national) identity. The following questions will be dealt with: How does knowledge come into being? How does normativity come into being? How do systematizations and categorizations come into being? What role do images play in these processes?

As part of its interdisciplinary research program “Re-Inventing the Patient,” the “Health & Gestaltung” project investigates current factors that influence and shape patient care both within and outside the hospital: Researchers in the fields of medicine, architecture, design, game studies, IT, ethnology, and cultural studies analyze the design and organization of clinical treatment processes as well as of the rooms and concrete objects involved in patient care.

The seventh base project “Historical Structural Investigations in the Laboratory” deals with historical descriptions and illustrations of natural structures. The base project links historically oriented structural research with current laboratory research in material science. One of the central works for the base project are the report of the H.M.S. Challenger Expedition (1873-1876).

The theme courses aim to provide Germany Scholarship recipients with insight into current research projects at an early stage in their studies, in order to enable them to develop and present their own ideas. Conversely, the participating scientists hope that the scholarship recipients’ thirst for knowledge and fresh views will stimulate and inspire them to critically interrogate scientific theories, including their own, and develop new perspectives.

In selecting the participants for its theme course, the Schering Stiftung, true to its program focus, paid particular attention to the fact that the students were interested in the arts or the sciences over and beyond their own discipline. 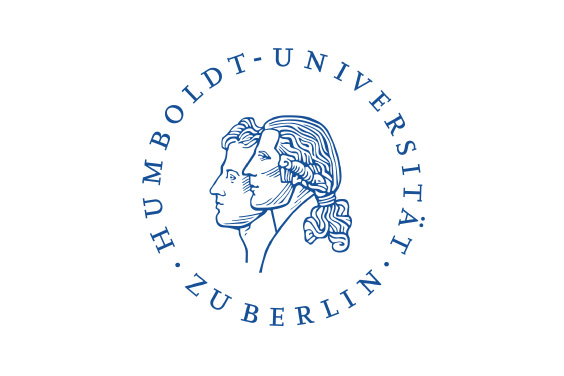