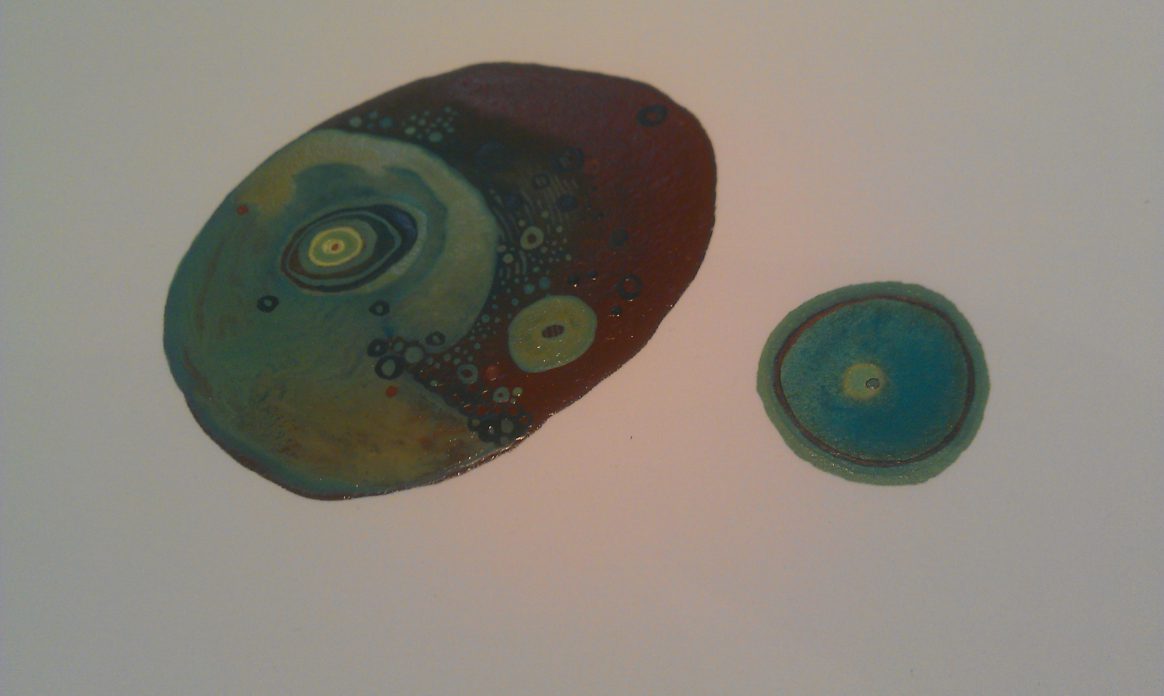 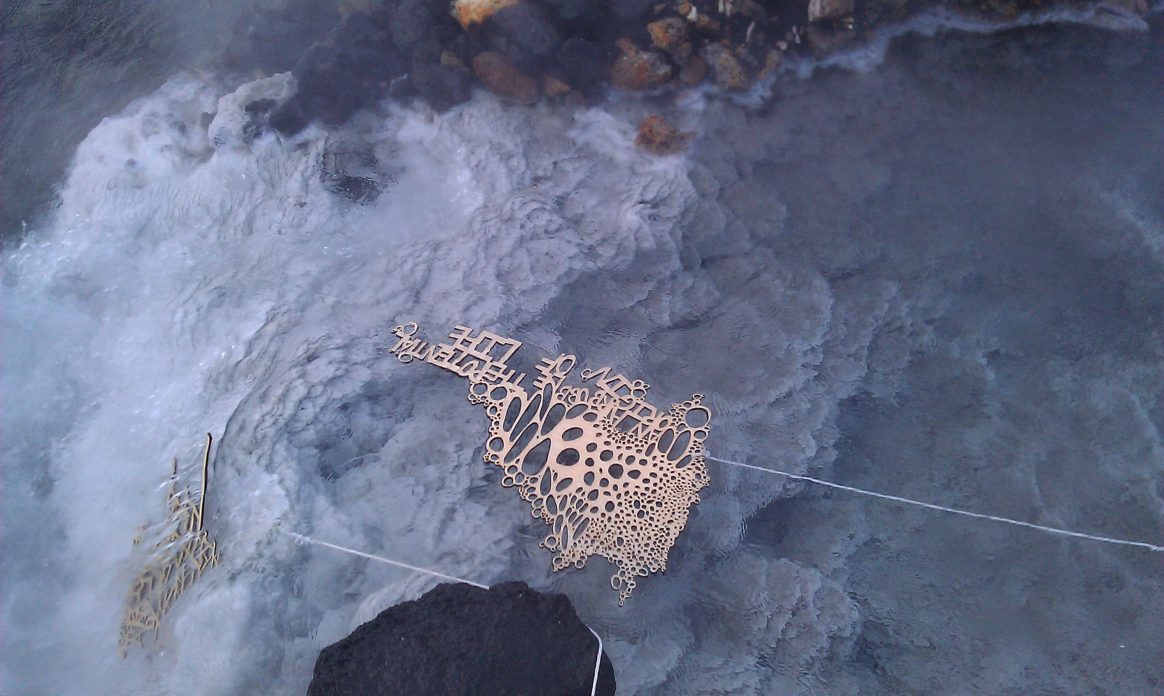 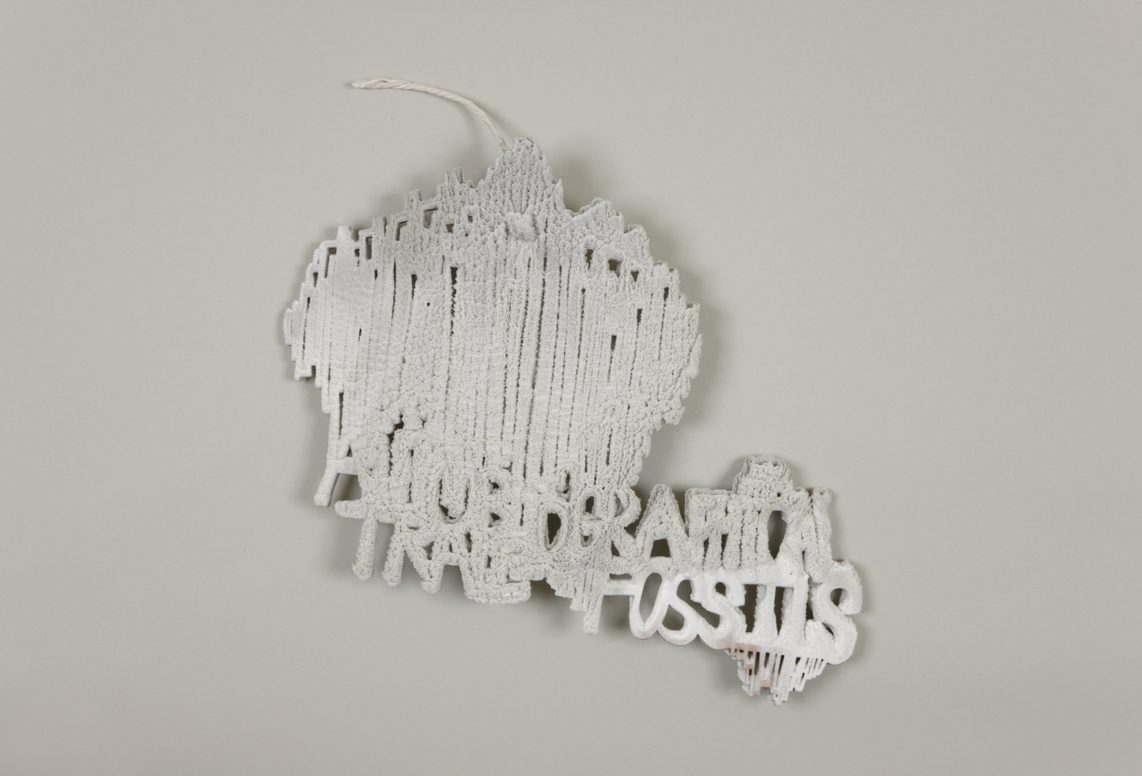 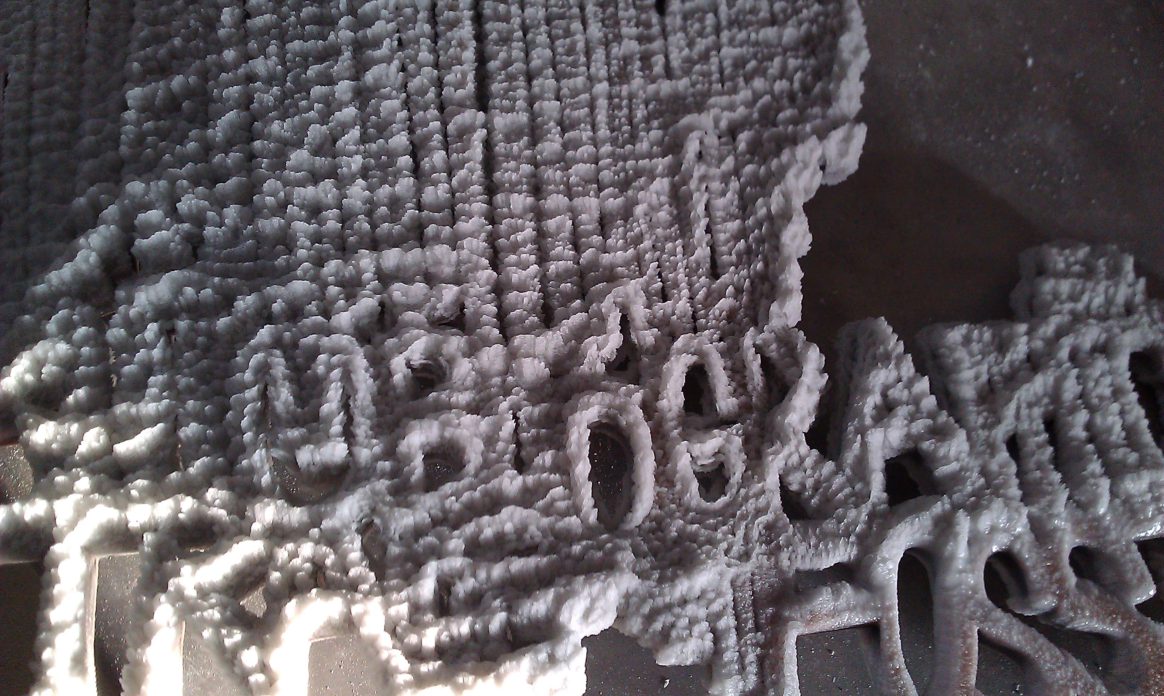 A publication in English and German featuring Halperin’s work and both exhibitions will be published in the spring.

Further information you will find under
http://www.bmm.charite.de/

Perhaps for the first time, a striking new solo exhibition investigates the intersection between body stones and geology – new landmass formed inside and outside the body. Steine(Stones) by Glasgow-based artist IlanaHalperin (b1973, New York) draws inspiration from the connections between the body’s physical geology and that of the Earth we inhabit.

Inspired by the collection of stones at the Berliner Medizinhistorisches Museum der Charité – initially created by the 18th century anatomists, or ‘body mineralogists’, JG Walter and FA Walter – and continuing through to new acquisitions of stones formed within the recent past, Halperin has made a series of new works. These include etchings, woodcuts, a film and innovative sculptures formed in the geothermal pools of the Blue Lagoon in Iceland. Together with sculptures created in the petrifying springs of FontainesPétrifiantes de Saint-Nectaire in France, the artist’s work lies at the very heart of a geology produced by both the body and the Earth. Geological objects from the Museum fürNaturkunde Berlin and the Hunterian Museum, Glasgow will also be on show within the exhibition. In addition, the oldest known object on Earth, the Allende meteorite and the largest known bladder stone in the world will be on display.

The project has been commissioned by the Berliner Medizinhistorisches Museum der Charité and funded by the Schering Stiftung, Berlin. Running simultaneously to this exhibition the Schering Stiftung is showing the exhibition Hand Held Lava at their own Project Room, featuring IlanaHalperin’s exploration of volcanic phenomena. Additional support has been provided by Creative Scotland, British Council and Blue Lagoon, Iceland.

Halperin’s creative output focuses upon geological activity and phenomena in an engagement with our understanding of time. Her approach combines fieldwork in diverse locations: Hawaii, Iceland, France, China, in museums, archives and laboratories. Her art practice also develops in collaboration with geological specialists such as The Global Volcanism Program, British Geological Survey and Earthwatch Institute.

Her work has featured in many significant exhibitions including Volcano at Compton Verney, 2010; Estratos curated by Nicolas Bourriaud, 2008; Sharjah Biennial 8, 2007 and Experimental Geography curated by Nato Thompson, 2008 – 2011. She has been the recipient of numerous awards including a Creative Scotland Artist Award; a British Council Darwin Now Award and an Alchemy Fellowship, Manchester Museum. She has recently been appointed the first Artist Fellow at the National Museum of Scotland, culminating in a solo exhibition at N.M.S. in the Edinburgh Art Festival summer 2013. She has also been appointed as the Artist-Curator of the geology collection of The Music Hall (the new Shrewsbury Museum) in the town of Charles Darwin’s birth. 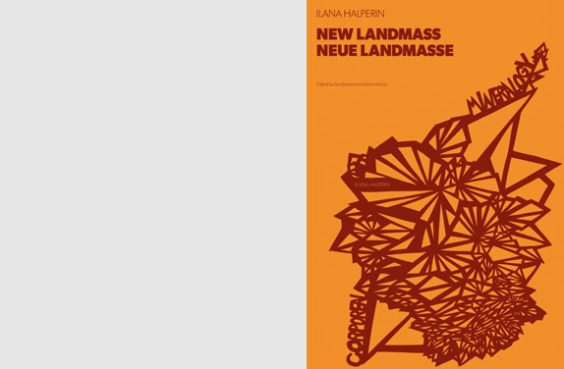 The exhibition “Steine” by Ilana Halperin, which has been on display at the Berliner Medizinhistorisches Museum der Charité since January, has been extended until September 23, 2012.