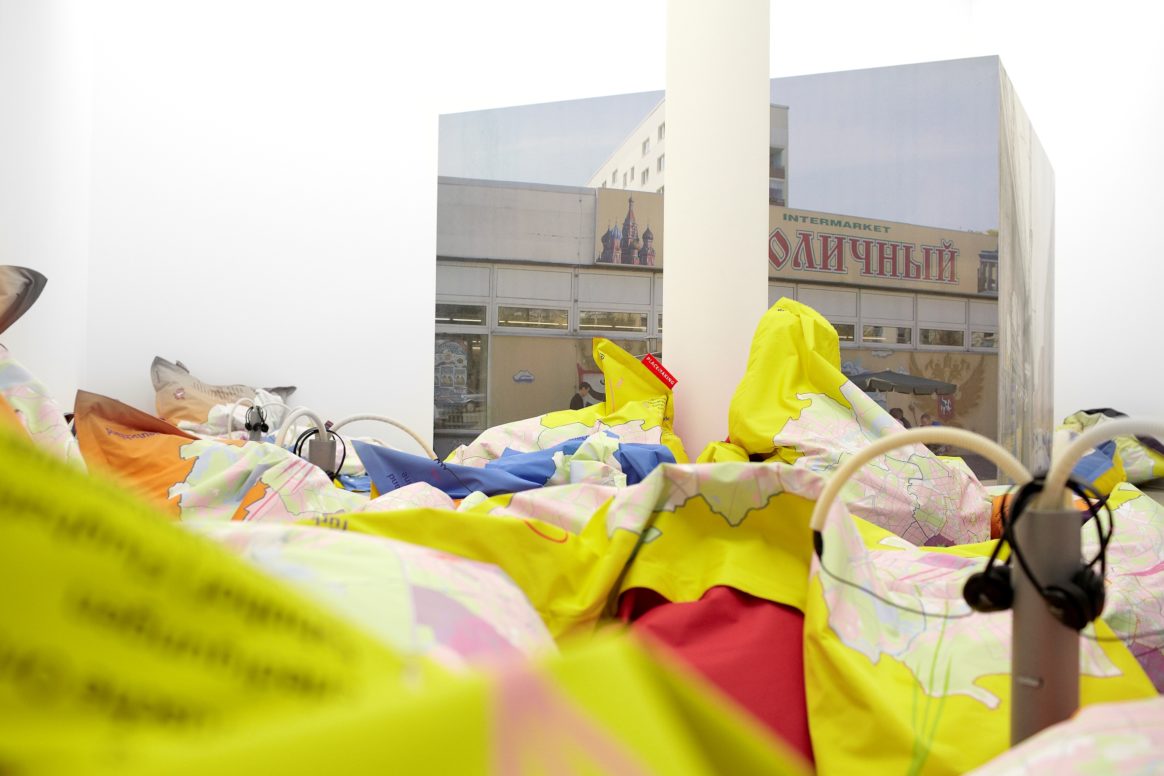 For more information, please contact the Schering Stiftung by phone at +49 (0)30 20 62 29 60 or visit the following websites:
www.placemaking.de
www.stefanie-buerkle.de

Opening on November 5 at 7 p.m., “Placemaking | Mapping, Migration and the Fall of the Berlin Wall” by Stefanie Bürkle is the second exhibition that the Schering Stiftung hosts in its new Project Space for Art and Science. There, the Foundation shows experimental or interdisciplinary approaches in the arts and sciences, in accordance with its funding and support activities. This time, the focus is on the interface of the fine arts and the humanities: urban research seen from an artist’s point of view.

A walk-in audio installation, the exhibition “Placemaking | Mapping, Migration and the Fall of the Berlin Wall“ by Stefanie Bürkle presents the results of an art project entitled “The Migration of Spaces: Placemaking.” For one year, Bürkle used video, photography and interviews to document the processes of “place making” in Berlin through the lens of the fall of the Berlin Wall and migration. An interdisciplinary and intercultural team consisting of ethnologists, architects and political scientists analyzed the places that different migrant groups have brought with them or created in the space between their country of origin and their country of destination.

“Migration is not only the movement of people, it is also the movement of spaces. The speed of these movements and transformations has increased since the fall of the Berlin Wall. Who has made room for whom and where since the fall of the wall?” – this was one of the starting questions of project initiator and artist Stefanie Bürkle. Answers can also be found on the project website at www.placemaking.de, a public sketch book that illustrates the process-related character of the project.

Stefanie Bürkle is a professor of fine arts at the Institute of Architecture of the Technical University of Berlin. In recent years, she has again and again explored perceptions of the city in art projects such as “Palace Wallpaper” (Palasttapete) or “Loi chao tu Hanoi,” a photography and video project about Vietnamese life in Germany.

The exhibition is accompanied by an interactive game book featuring texts on space and migration, illustrations, interviews, a migration game, memory, and fold-out maps.

The exhibition at the Schering Stiftung is part of an overall program by the artist, who has presented her work at several locations in Berlin since September. The six-channel video installation “Placemaking” is part of the group exhibition “Berlin 89/09 – Art between Traces of the Past and Utopian Futures” (Berlin 89/09 – Kunst zwischen Spurensuche und Utopie), which is on view at the Berlinische Galerie from September 18, 2009, until January 31, 2010. Excerpts of the video documentation and the interviews can be seen in several “Placemaking | Guerilla Screenings” that take the findings back to their places of origin:

A full-length “Placemaking Screening” will be shown at HAU 2 (in a 24-hour public viewing modus). For more complete information on locations and schedule, please visit www.placemaking.de. 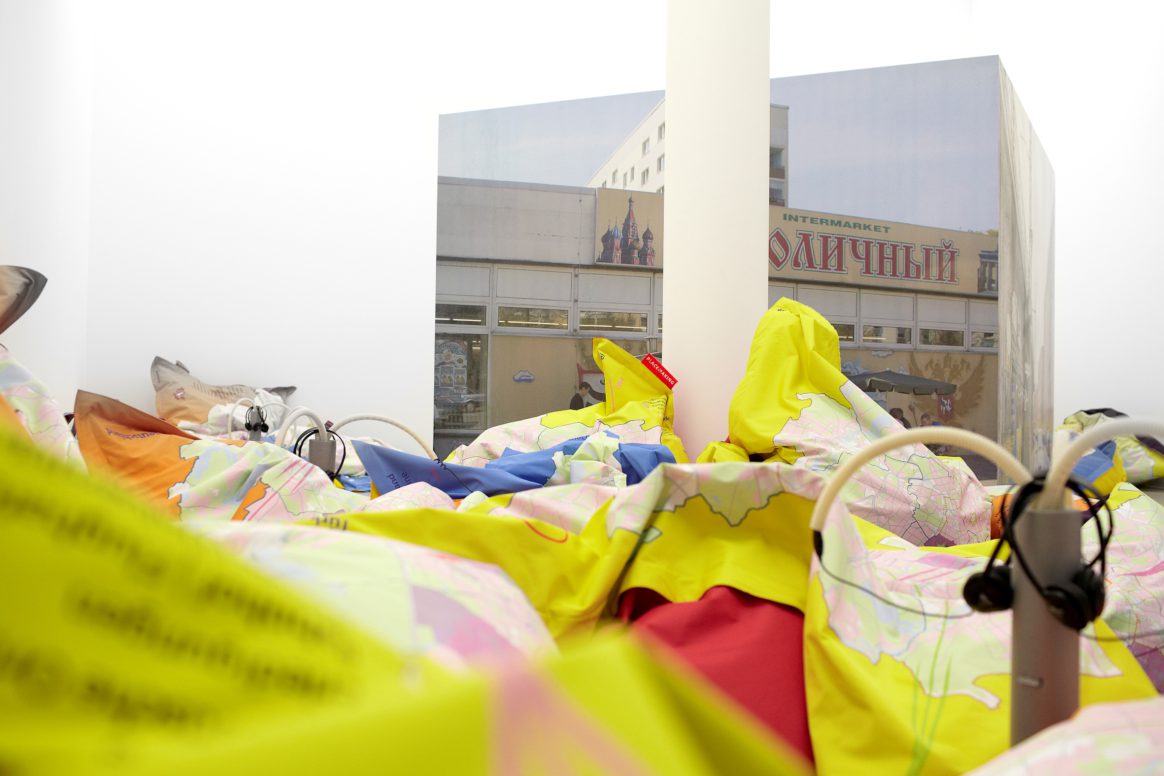 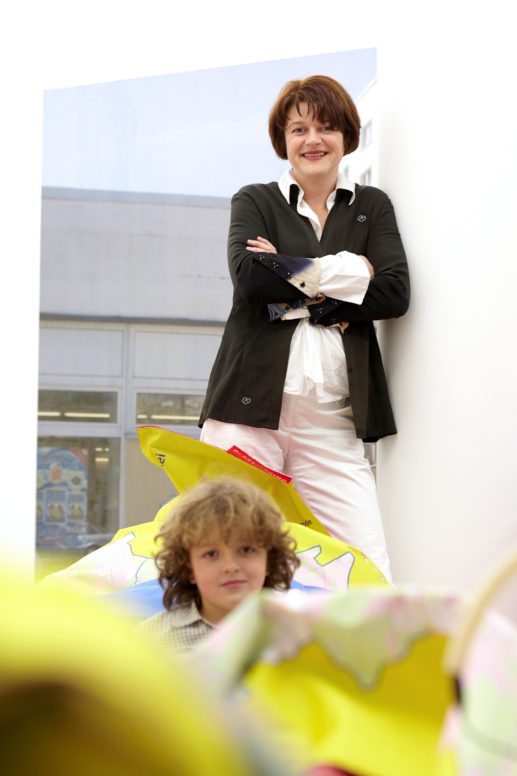 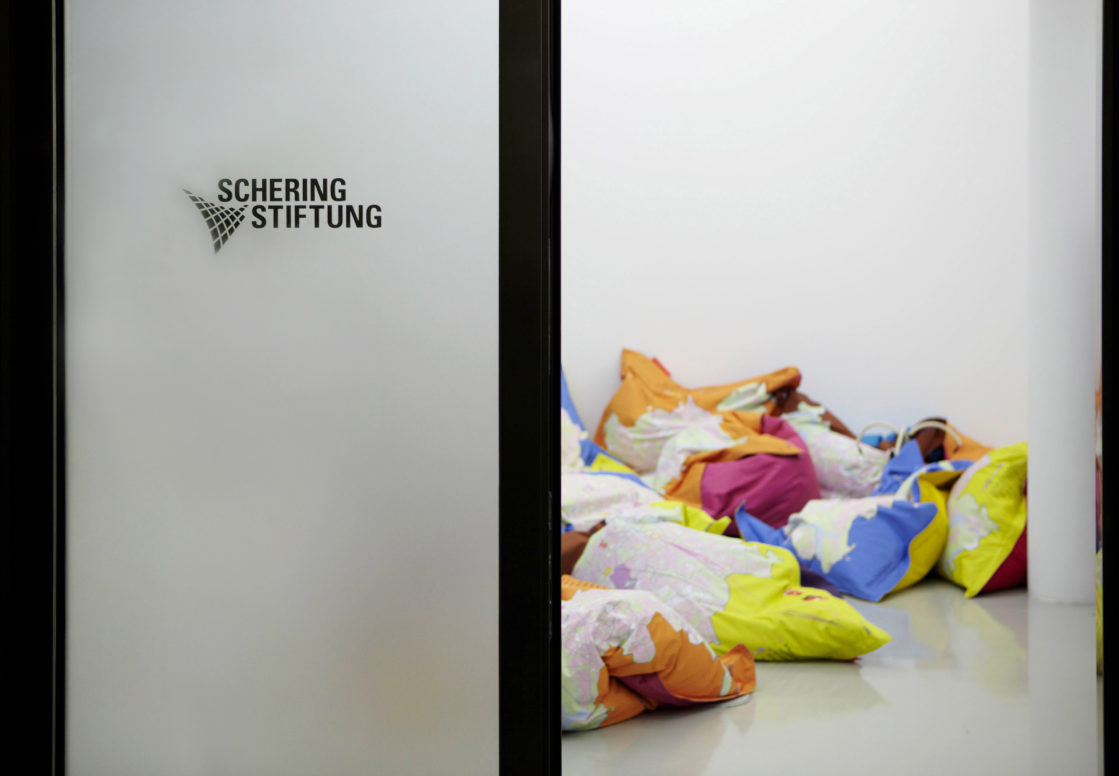 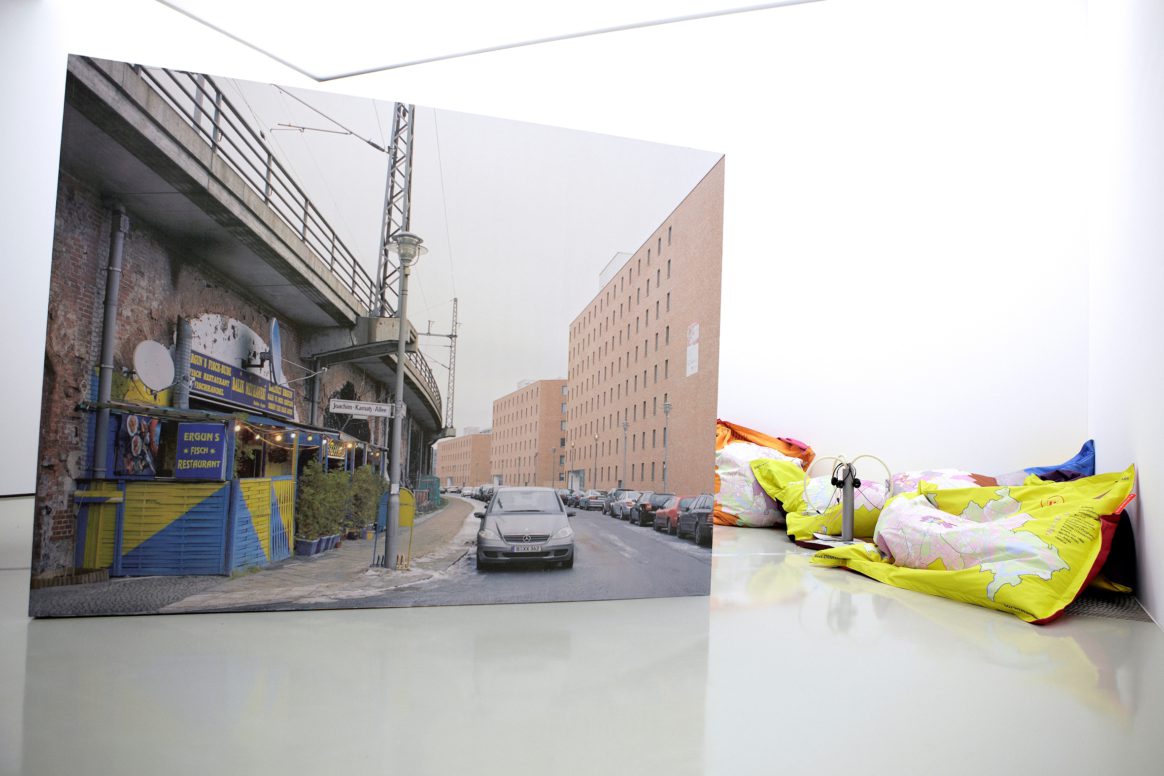 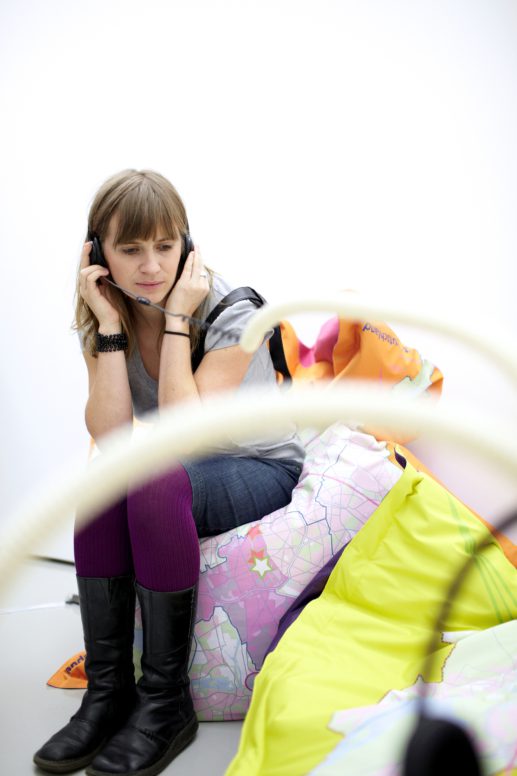 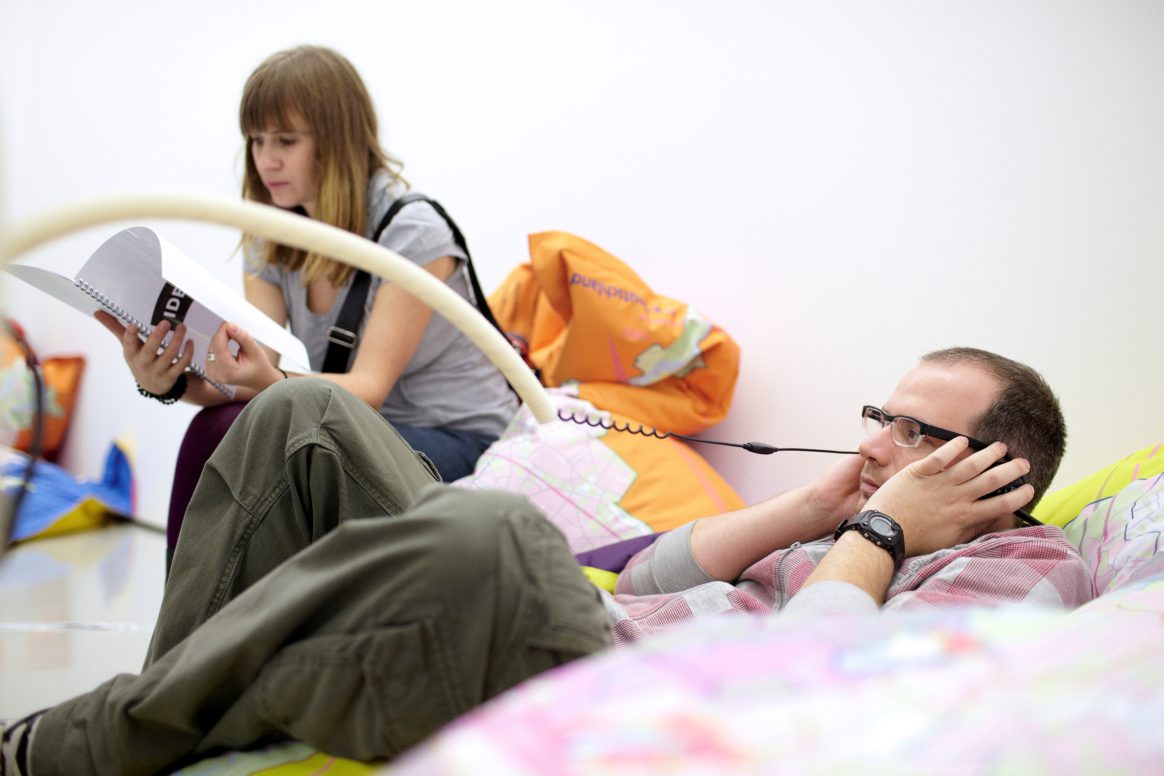 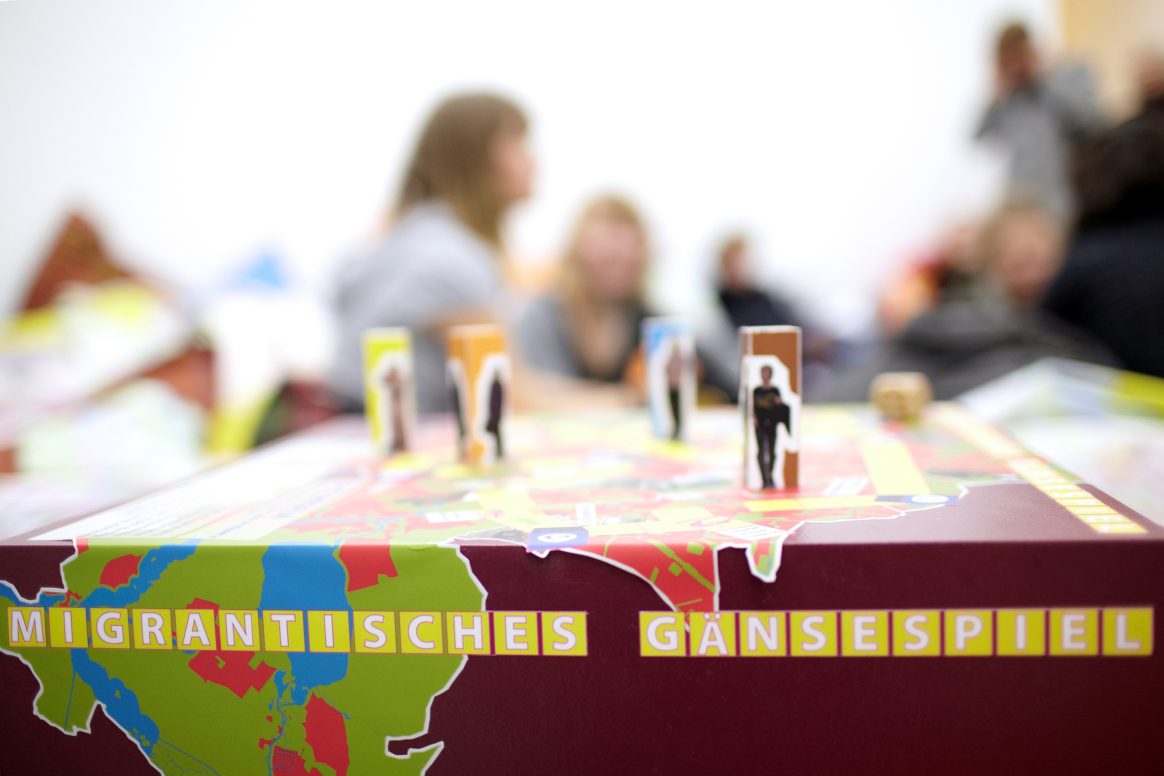 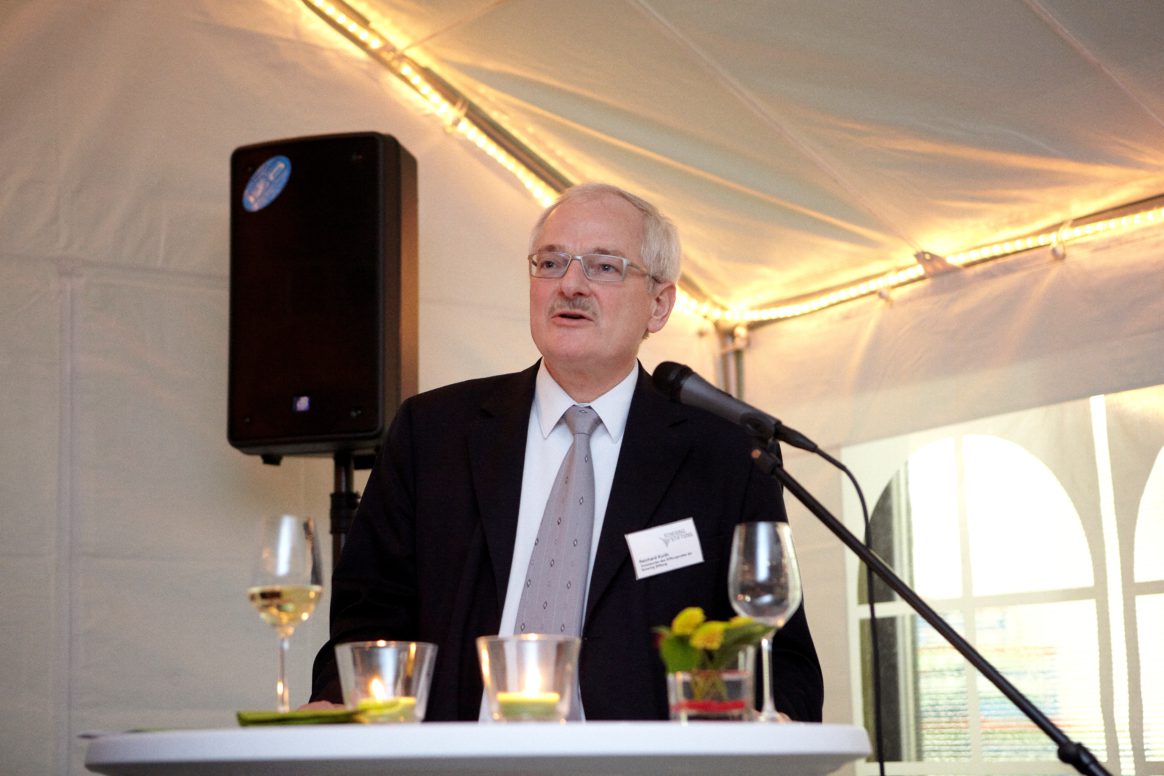 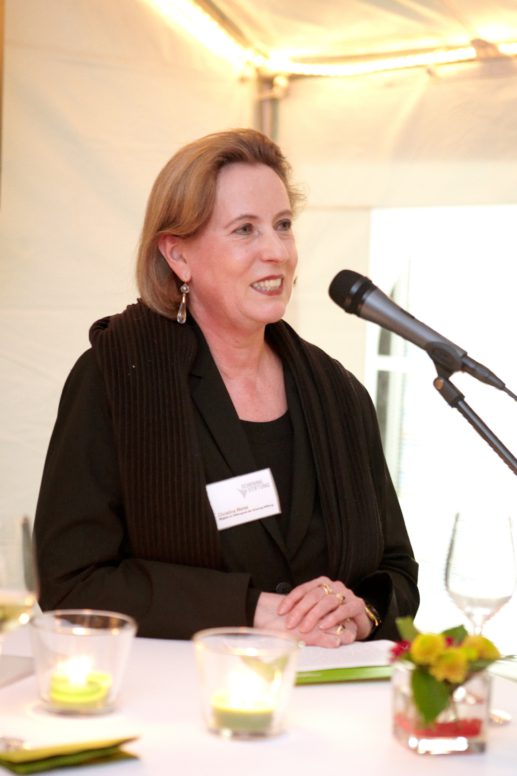 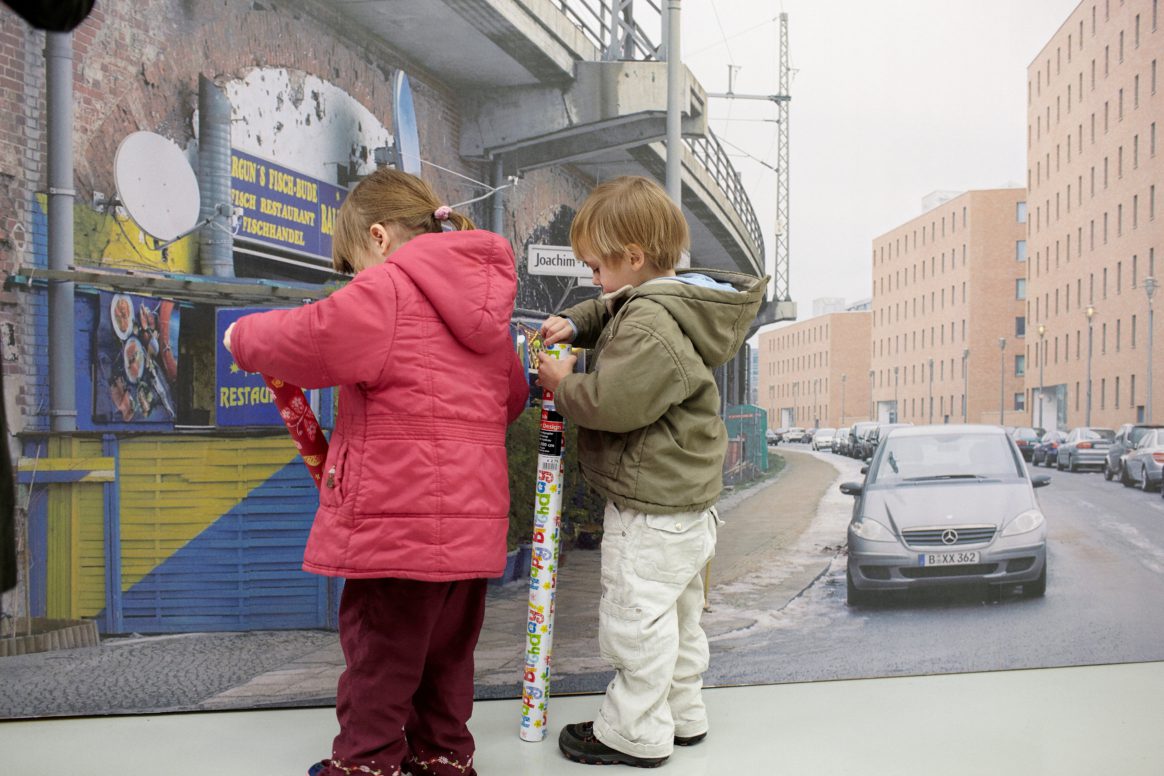 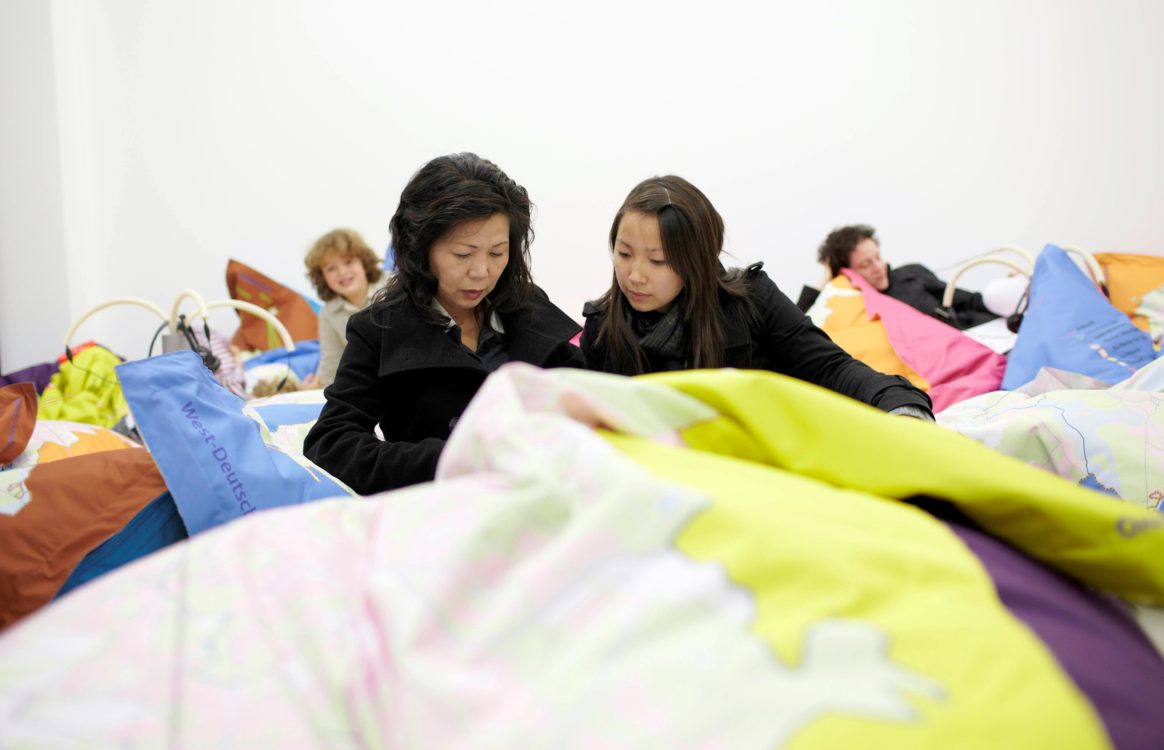 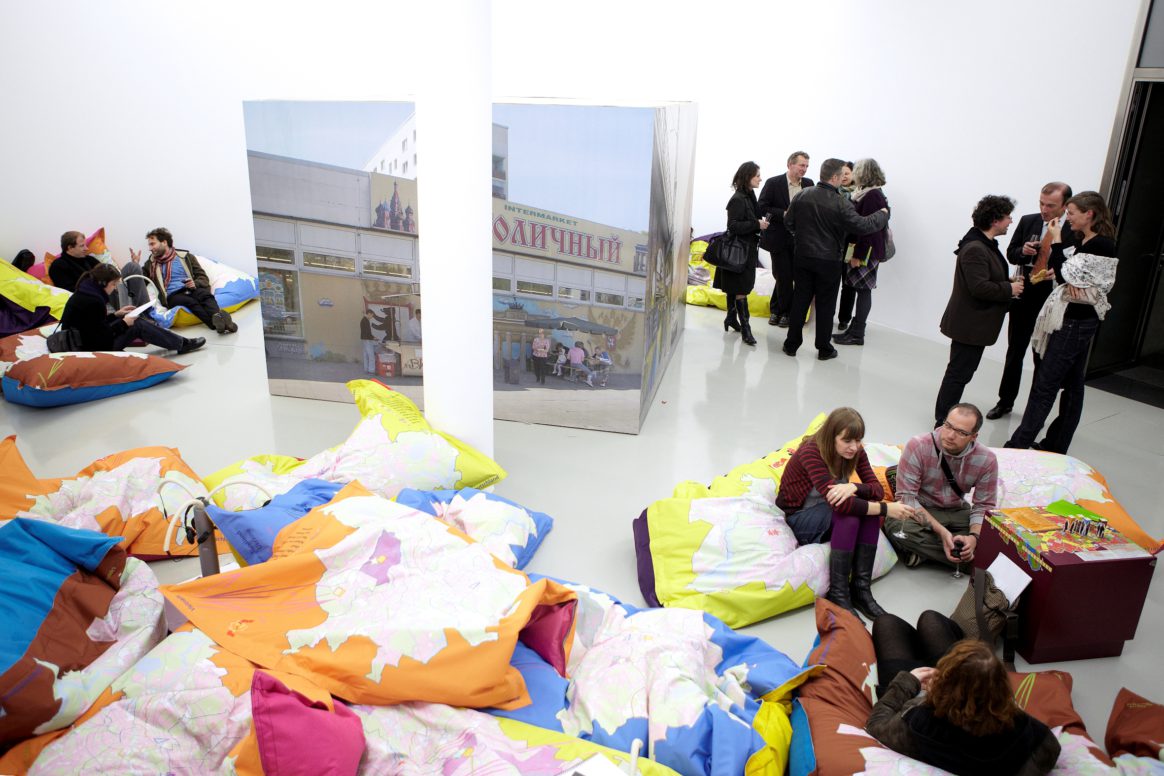 “Placemaking” is supported by the Hauptstadtkulturfonds and the Schering Stiftung and was developed in partnership with globe – Gesellschaft für internationale Kooperation e. V.