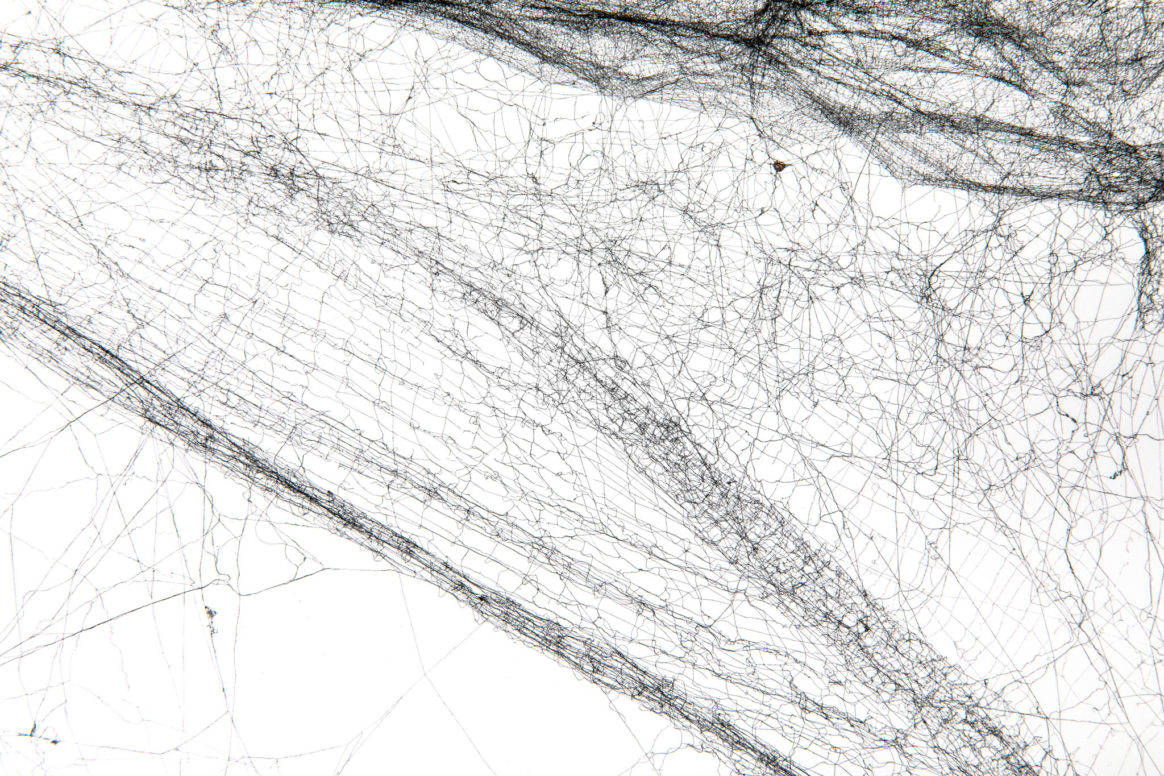 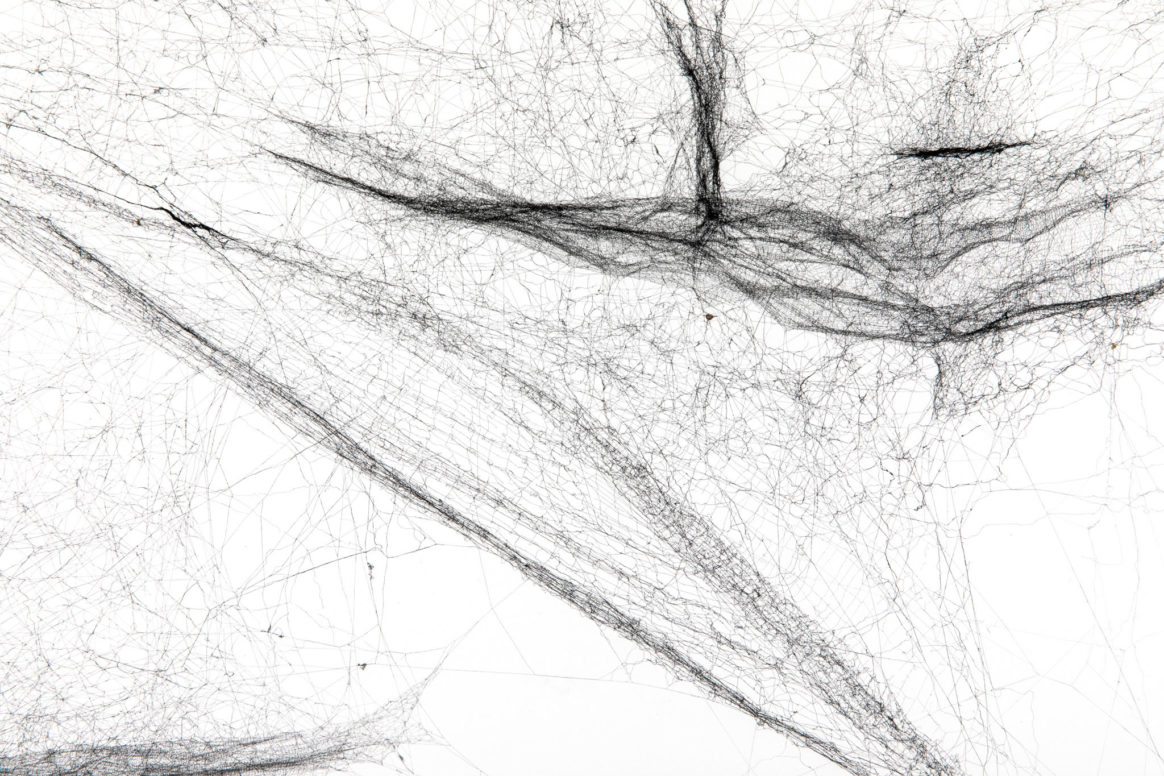 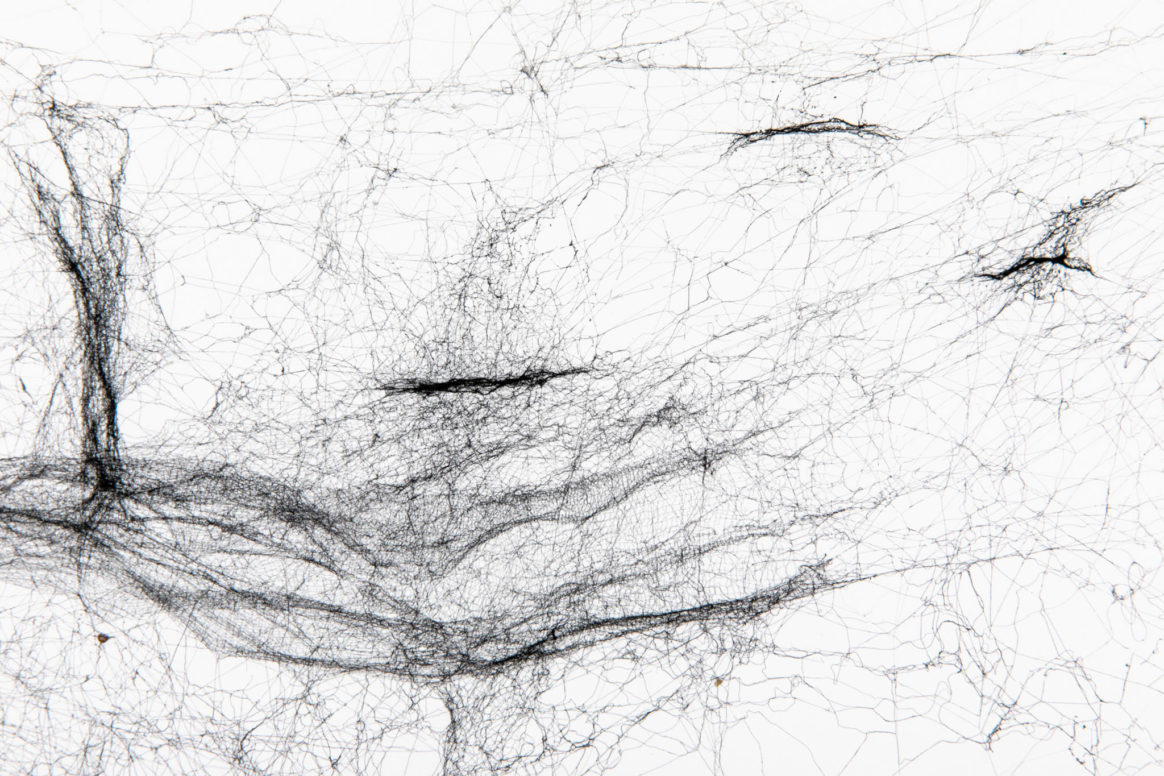 The work “Solitary semi-social mapping FK5 159 by a solo Nephila senegalensis – 5 weeks, a sextet of Cyrtophora citricola – 4 weeks”, 2019, by Berlin-based Argentinean artist Tomás Saraceno is the latest addition to the Schering Stiftung’s collection, which is on permanent loan to the Kupferstichkabinett Berlin.

The basis of the drawing is a web woven jointly by two different, semi-social spider species, in which different weaving techniques are combined in an aesthetically and architecturally unique way. Saraceno’s hybrid spider webs are an innovation both artistically and scientifically. In 2009, for the first time, the artist was able to depict and reconstruct a three-dimensional spider’s web in interdisciplinary collaboration with biologists and engineers. Since then, his studio has been home to a so-called “Spider Lab”, which brings together the world’s largest collection of three-dimensional spider webs and motivates behavioural biologists and material scientists to carry out joint research projects with the artist. Saraceno’s drawings made of spider silk are not only aesthetically interesting constructions, but also raise complex questions about the relationship between drawing and sculpture and human and non-human co-production.