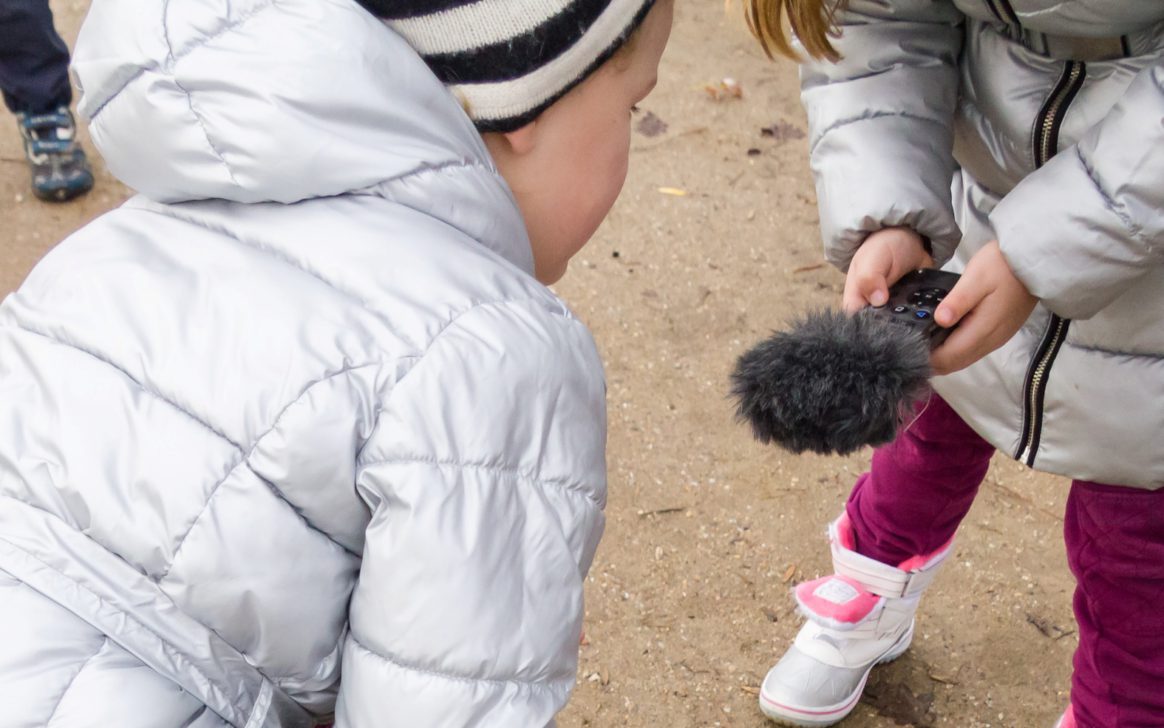 23.02.2016, Berlin | In March and April 2016, sixty preschoolers from the Fortbildungsinstitut für die pädagogische Praxis (FiPP e.V.) will participate in two two-week projects themed geräusch[mu’si:k] to explore their acoustic environment, investigate the musical qualities of everyday objects, and make music using the noises and sounds they have discovered. The focus is on the children’s own experiences and senses, through which they explore a wide range of sound phenomena under the guidance of sound artists Daniela Fromberg and Stefan Roigk.

During listening expeditions in their preschool and its environs, the children search for special sound emitters whose sounds and noises they record. Playfully they start to conduct each other and jointly draw a big musical score. The combination of drawings of their sound instruments and graphic music symbols results in a sound map of their preschool.

For the children, the interdisciplinary approach of the project, combining objects as noise/sound emitters, soundscapes, and drawings, represents an initially unfamiliar perspective on the world. It is essential that their discoveries are real discoveries and no pre-prepared experiences with “correct” solutions. They are offered an inspiring experiential space, where they and their aesthetic experiences are taken seriously. This is why the Schering Stiftung supports the project. Children and artists embark on a joint voyage of discovery.

Through their projects, Daniela Fromberg and Stefan Roigk of geräusch[mu’si:k] have already introduced more than one thousand children to modern and contemporary classical music and have been awarded the 2014 “Kinder zum Olymp!” award in the field of music in elementary schools.

Project dates (not open to the public):